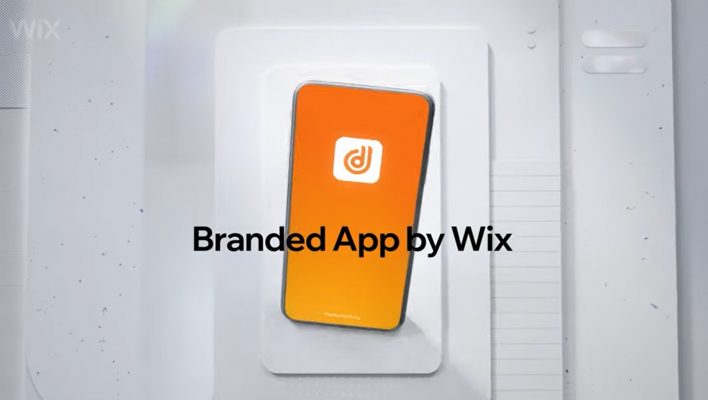 If you're a business that already has a website, every social media channel under the sun, and a generally robust digital strategy, you might be wondering where to go next. Wix thinks it has the answer – your very own branded app.

Wix, best known for its website building platform, has today announced an app building service that doesn't require any coding, with the ability to create Android and iOS apps for your business.

Apps can include built-in features such as stores, bookings, and forums.

Wix has made its name by producing a web building platform that allows pretty much anyone to create professional-looking websites from scratch, using drag-and-drop tools and templates. With its new app service, it's clearly looking to repeat its success with a new medium.

Users can customize the layout of the app, add features, design the logo, adjust color schemes, and more using the Branded App tool. The major draw is that users don't need to know how to code – everything can be done with the Wix interface.

The Branded App platform also ties in with your own site, assuming it's Wix-based. This means that if you choose, any changes that are made to your site are automatically synced with the app – for example, adding an item to the menu or updating contact details would only need to be done in one place.

The app tool is native, meaning its designed specifically for the device it's being used on, rather than a simple web-based one. This means that the app will run faster than a web app, can work offline, and can also be much more secure.

How much does a branded app cost?

If you've ever looked into getting an app created, you'll know it's not cheap. Some estimates put the cost at around $40,000 to $60,000, and that's just for a simple one. It's a big expense to swallow for a fledgling business.  Wix's Branded App service will cost you $200 a month, which is a considerable saving provided you're happy to do the actual creative work of making the app yourself. However, it's worth noting that Wix is currently offering a pre-sale price of $100 per month if paid annually – for life. This offer runs until September 20th.

Of course, the $200 price tag isn't the only one. If you want to publish your app on a platform (which is presumably your whole point of doing it in the first place), that'll cost you $25 (Google Play) or $99 (App store).

Wix handles the process of adding your app to the Google Play and App stores, and should you stop subscribing to the Branded App service, Wix will remove the app.