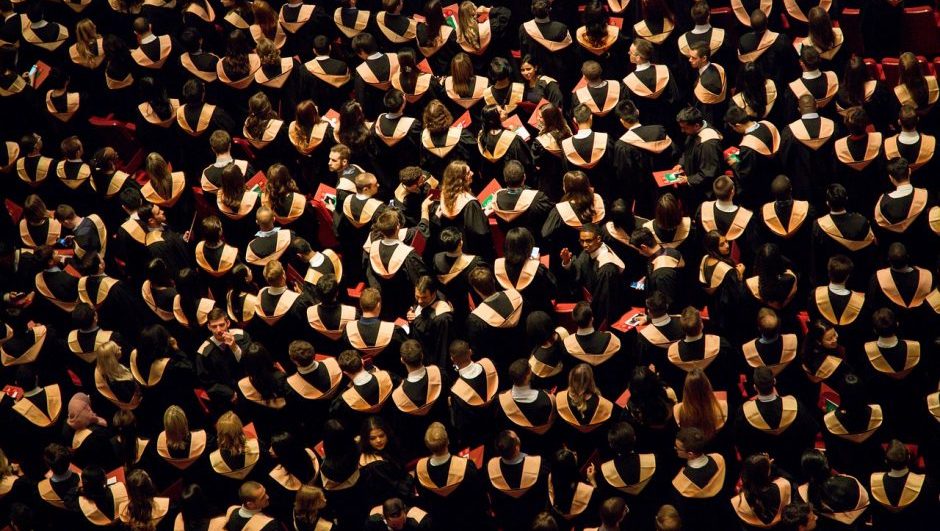 People took to social media amid a controversial internal memo by a Google software engineer called “Google’s Ideological Echo Chamber,” which was not only a slap in the face to women in tech and diversity initiatives as whole, but also claimed that there was a biological reason that women are unable to succeed in tech and leadership. Needless to say, the guy was removed, and Google came out denouncing the memo and reaffirming their commitment to closing the gender gap.

While this is, yet again, another moment that reveals the challenges women engineers face in the industry, another growing concern is the shortage of talent to fill the upcoming demand. For companies actively looking to hire women software engineers, they are facing a dearth of talent as women are dropping out of the engineering field too early, a report by NPR unveils.

According to NPR, there was a high percentage of women entering the engineering field in the early 80s and then a significant drop off. Why? One theory was the birth of the personal computer, and thanks to marketers, it was directed towards men and boys and created the geek culture. Today, it's known as the “bro culture,” in the tech industry.

According to the National Science Foundation, women completing a bachelor computer science degrees has seen a rollercoaster ride from the 1960s to 2010. There was a bump between 1984-88 reaching a peak of 15,000+ degrees, and then again between 2004-2005 with 44,000+, and we’ve seen a decline since that time. For women tacking on a higher education degree, the number of degrees have been inching up for doctoral degrees and declined for Masters since 2004 (6,000+). 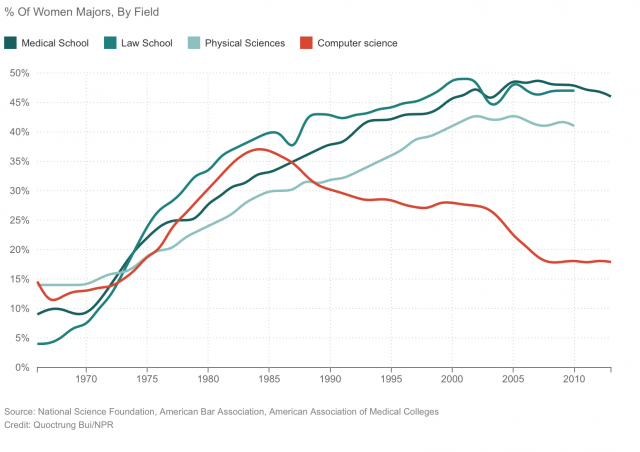 Since the 1960s, the lack of diversity and inclusion for women in tech has been a significant issue. We've seen the story told on the big screen starting with the Oscar Nominated movie Hidden Figures about a team of female African American mathematicians who served a vital role in NASA during the early U.S. space programs, as well as documentaries exposing what is severely wrong with the tech industry.

In the 2015 documentary, CODE: Debugging the Gender Gap, director Robin Hauser Reynolds was inspired by her daughter who left her college engineering program because of the lack of inclusion. Through interviews with women from some of the most prestigious institutes, well-known organizations and renowned tech companies like PIXAR, Reynolds dives into the lack of representation of women and minorities and walks the audience through a timeline of the impact women had in the industry.

With an estimated two million computing and engineering positions that need to be filled in the next decade, what are companies doing to support women entering these fields? Corporations, including Google, are leading initiatives and investing in education to help girls learn coding, and nearly 270 CEOs have joined the “CEO Action for Diversity and Inclusion” initiative to advance the workplace.

But is this enough? Signing an initiative is one thing, but actively seeking out talent and dealing with the ongoing inequality of pay is another. According to a recent study from the Center for Cyber Safety and Education, women on a global scale in the information security industry only comprise of 11 percent of the workforce, and they are making less money.

Read more about diversity and inclusion at TechCo