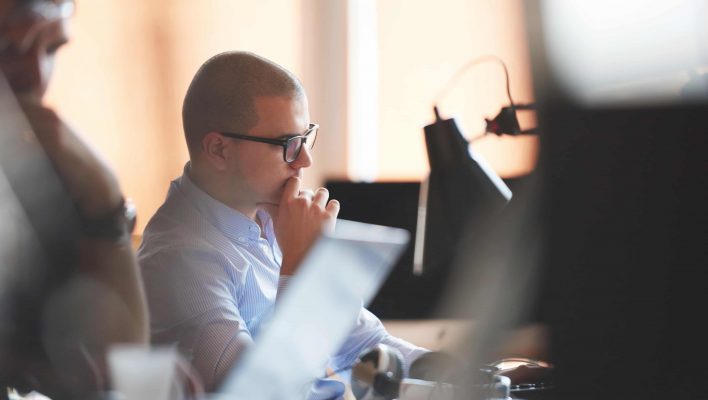 Tech businesses across the US are cautiously bringing employees back into the office in line with hybrid and remote working policies.

But whilst companies like Google usher employees back into their buildings, the relaxing of rules at other tech businesses like Activision – which is in the process of being acquired by Microsoft – has caused mass unrest among employees.

But with web conferencing software now part and parcel of almost all tech sector jobs and facilitating smooth remote working arrangements – and the threat of COVID-19 still lurking – the question of whether we should really be going back into the office is an open one.

Google has been more adamant than most about an eventual return to the office, even when infections were at their highest – but like many companies around them, has found hybrid arrangements to be the compromise that suits everyone.

Their proposed vaccine mandate caused quite the stir among employees after the Alphabet subsidiary said those who refused to get a vaccine would have their contracts terminated.

Since this Monday, Google employees have been expected to come into the office three days a week unless an alternative arrangement has been made.

Starting Monday, Google employees are now expected to come into the office three days a week unless an alternative arrangement has been made. Many have been made, too – and Google has approved around 85% of them, signaling a dampening down of the hard line back-to-office stance.

In a similar fashion to Google, Amazon initially had grand plans for corporate workers to return to offices full time, only to be forced back to the drawing board in mid-2021 and nudged into creating a hybrid working policy. Now, it’s up to individual Amazon teams to decide on their arrangements.

Microsoft, on the other hand, started bringing employees back into the office in February, giving them a 30-day window “to make adjustments to their routines and adopt the working preferences they’ve agreed upon with their managers” the Vice President said in a blog post.

One Tech behemoth that seems to be struggling to get employees onside is Apple, which has instated a similar arrangement to its counterparts yet has faced backlash from employees – who would prefer to come in just one day a week.

Apple employees will initially be expected to come in for just one day, but that will shortly go up to two and then again to three by May 23.

Apple's return-to-office policy slightly stricter than policies rolled out by Google and Co. because there’s less room for maneuver when it comes to relocations and alternative working patterns.

According to the New York Post, the stringent policy has led a number of Apple employees to pledge to resign once the new working policy comes into force on April 11.

“I’m going to go in to say hello and meet everyone since I haven’t since I started and then sending in my resignation when I get home,” one employee wrote on a message board called Blind. “I already know I won’t be able to deal with the commute and sitting around for 8 hours.”

Another tech entity that has faced unrest relating to its back-to-work plans is Activision Blizzard, the gaming company behind Call of Duty, Overwatch, World of Warcraft, and Candy Crush Saga.

The company, which made headlines recently as the world's most valuable acquisition, after Microsoft made an eye-watering offer, ruffled employees’ feathers by ending the company’s vaccine mandate as part of its return-to-office plans.

The news prompted plans for a virtual walkout staged by Activision staff, but Brian Bulatao – the Activision employee who sent them an email detailing the plan to relax the vaccine mandate – subsequently walked back on the promise and instead said the company’s many studios can decide for themselves whether to enforce one.

According to TechCrunch, 117 employees still went ahead with the virtual walkout.

Is a Return to the Office Really Right?

For the first time in a long time, it is looking increasingly like we're coming out of the main “stage” or “phase” of the pandemic, at least in the US. Chief Medical Advisor Dr. Anthony Fauci recently told Financial Times that we're coming out of the “full-blown” pandemic phase and that he hoped restrictions would end this year.

The data seems to back up his assertions too – according to the CDC, infections, hospitalizations, and deaths are all down month-on-month after a huge spike in January:

A plausible argument detailing why employees who can perform their jobs from home should do just that will be able to be made until COVID-19 cases are almost non-existent.

Arguably, it does hold water – 37% of all jobs can be completed entirely from home, and this number will be a lot higher in sectors like tech – so why not be safe than sorry if there's no loss to productivity, and efficiency or overall achievements?

Well, many of the companies that are hauling employees back into the office have long complained about how hard it is to collaborate in remote environments, even with advanced web conferencing software and the tools provided by internal comms apps like Microsoft Teams.

But employees unhappy with their company or manager's attitude to them working from home could also hamper their desire to innovate, and there's no guarantee that replacements would be more skilled, especially if the applicant pool is narrowed to people within acceptable commuting distance.

Getting your return-to-office policy right is evidently a delicate balancing act that has to take into account the genuine, tangible pitfalls of working remotely, as well as employee health and welfare. But with no one really knowing what COVID-19 could have in store for us in the near future, being able to adapt to sudden change will prove crucial.