Google Pixel 4a
The best value for money phone on the market
4.5
In Short

The Google Pixel 4a is everything that a phone needs to be, and nothing more. In a market filled with ostentatious features, designs, and price tags, the Pixel 4a’s restraint isn’t just refreshing – it’s remarkable.

To be clear, the Pixel 4a is not perfect – it has its flaws, just like every other phone. However, for all of the things that most people need their phone to do, the Pixel 4a does them exceptionally well. It's not only the best value phone on the market, but one of the best phones, period.

The Pixel 4a was a long time coming. We had expected to see the successor to the excellent Pixel 3a arrive in March of this year. But, thanks to the coronavirus pandemic, Google cancelled its annual I/O developer conference, where the company was set to launch the phone.

Since then, the internet has been awash with rumors about forthcoming release dates and reveals – most of them proving to be red herrings. Some even contemplated whether the Pixel 4a would be worth buying at all, given the length of its delay.

While some in the tech world will claim that the Pixel 4a isn’t worth buying on account of its (relatively) slow processor, small(ish) battery, plus its lack of 5G, we’re here to tell you that the Pixel 4a would be the perfect phone for almost everyone. Plus, it costs just $349.

It's not only the best value phone on the market, but one of the best phones, period.

Google Pixel 4a Design and Screen

The Google Pixel 4a is unusual for a phone from 2020. While screens are getting bigger, cameras are getting more numerous, and price tags are growing, the Pixel 4a is only marginally bigger than the Pixel 3a, has the same number of cameras, and is actually cheaper at launch than its predecessor.

The Pixel 4a has a 5.81-inch OLED display with a 1080×2340 resolution. While none of those specs are particularly impressive, the Pixel 4a’s small screen means it is surprisingly pixel-dense – at 443ppi, it’s certainly sharper than the iPhone SE (326ppi), and even the OnePlus Nord (408ppi).

This technical jargon translates into a very impressive display that happily beats the mid-budget competition.

It has a great range of contrast, and images look sharp and clear. However, despite being an OLED display (which is far from a given at this price point), the Pixel 4a’s screen doesn’t get that bright, meaning that in direct sunlight, users might struggle to see everything on the screen.

Away from the screen, the Pixel 4a’s design also feels a bit underwhelming at first glance. It has a plastic rear case, and it weighs just 143g as a result.

The plastic casing might make the 4a sound cheap, but remember, it is cheap – just $349.

It has a small rear camera bump, mimicking the design of the more expensive Pixel 4 and 4XL. However, as it houses just a single lens and LED flash, the camera bump feels completely unnecessary. Sure, consistent design language and branding is important, but Google could have made a completely flush camera, and chose not to.

The Pixel 4a also features a rear-mounted fingerprint sensor (good) and a top-mounted headphone jack (even better). The side-mounted power and volume rockers protrude quite far from the side of the phone and are, for lack of a better term, very clicky – in a good way.

A special mention must go to the speakers. It’s certainly unusual for sub-$400 phones to feature stereo speakers, and it’s even rarer for them to be as good as the Pixel 4a’s. There’s strong bass, and surprisingly sharp clarity in the mid-and-high range.

All told, the Pixel 4a’s design and screen spring no surprises. But then again, that is exactly the point. By using tried-and-trusted materials and technology, Google has given us everything we need to a standard that not every phone can meet. 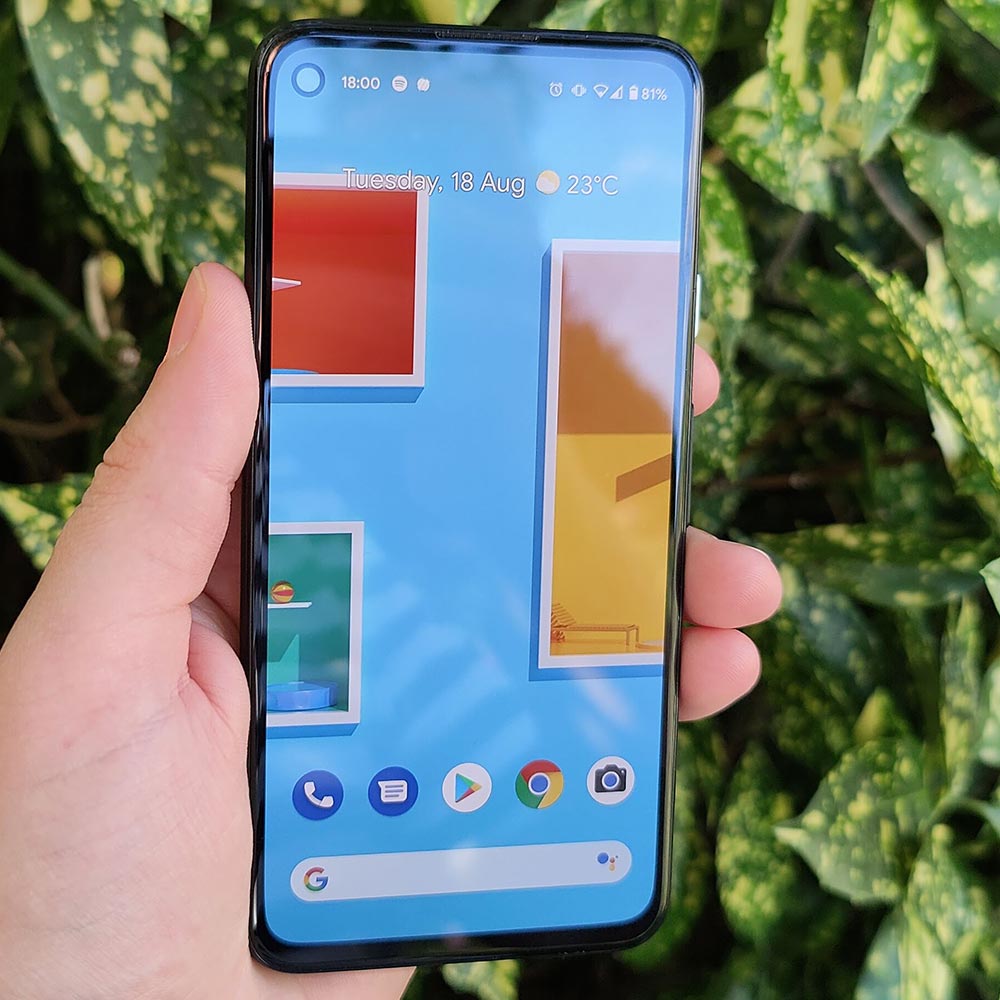 Google’s cameras have consistently been among the best in the business – regardless of whether you were buying a cut-price Pixel 3a or full-price Pixel 4 or 4 XL. So, has Google managed to stay top of the class with the Pixel 4a?

The Pixel 4a takes exceptional photos from its single 12.2Mp rear camera. The images have the characteristic Google “pop,” with bright, sharp, and confident contrast as well as a surprising amount of detail. You also get Google’s Night Sight and Portrait modes which, as we expected, work fantastically.

But, phones such as the Motorola G8 Plus and OnePlus Nord come packing three and four rear cameras, respectively. So, do you miss these extra lenses? Only sometimes. When you’re missing a telephoto lens, you realise how nice zooming without losing detail is. Similarly, when taking a nice landscape, you do sometimes miss the ultrawide angle. But, if anything, the Pixel 4a serves to show how much can be achieved with a single lens and some very smart image processing.

The selfie camera, an 8Mp lens, is good, but not outstanding. Again, there’s Google’s bright colors and strong contrast in images.

However, the video quality could certainly be improved. Recording at 1080p and 60fps is good, though the lack of 4K, 60fps video is a shame. At 1080p, the phone does struggle with changeable lighting conditions and, in certain circumstances, videos can become quite pixel-y (no pun intended). At 4K resolution, the pixelation and the lighting issues are assuaged somewhat, but the Pixel 4a falls behind the iPhone SE when it comes to video.

Despite our slight reservations about the lack of lenses and decent, but not outstanding video quality, you will not find a comparable camera phone for less, or even the same money. Indeed, you’ll need to start paying closer to $1,000 to find a phone with better all-round image quality. 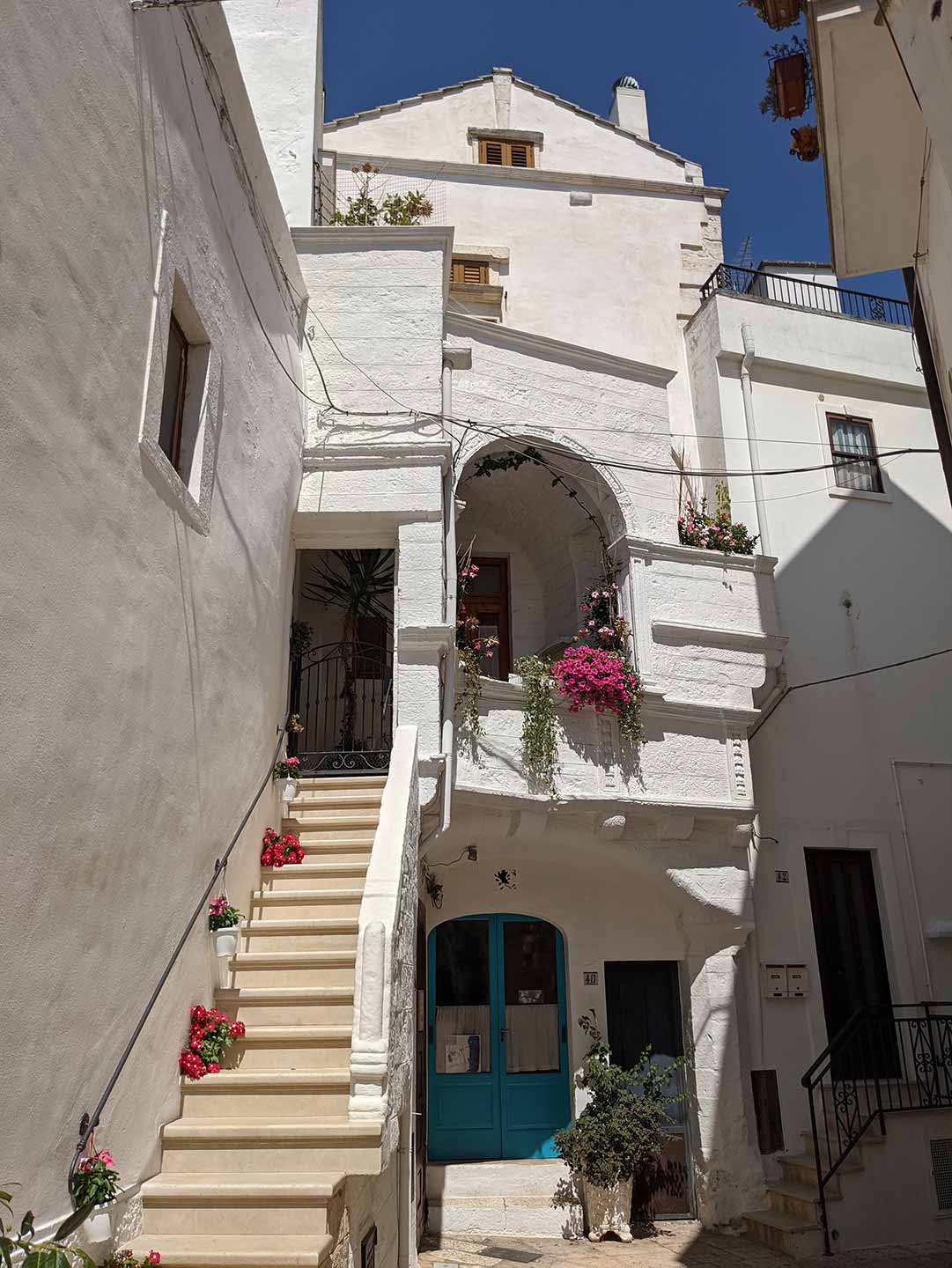 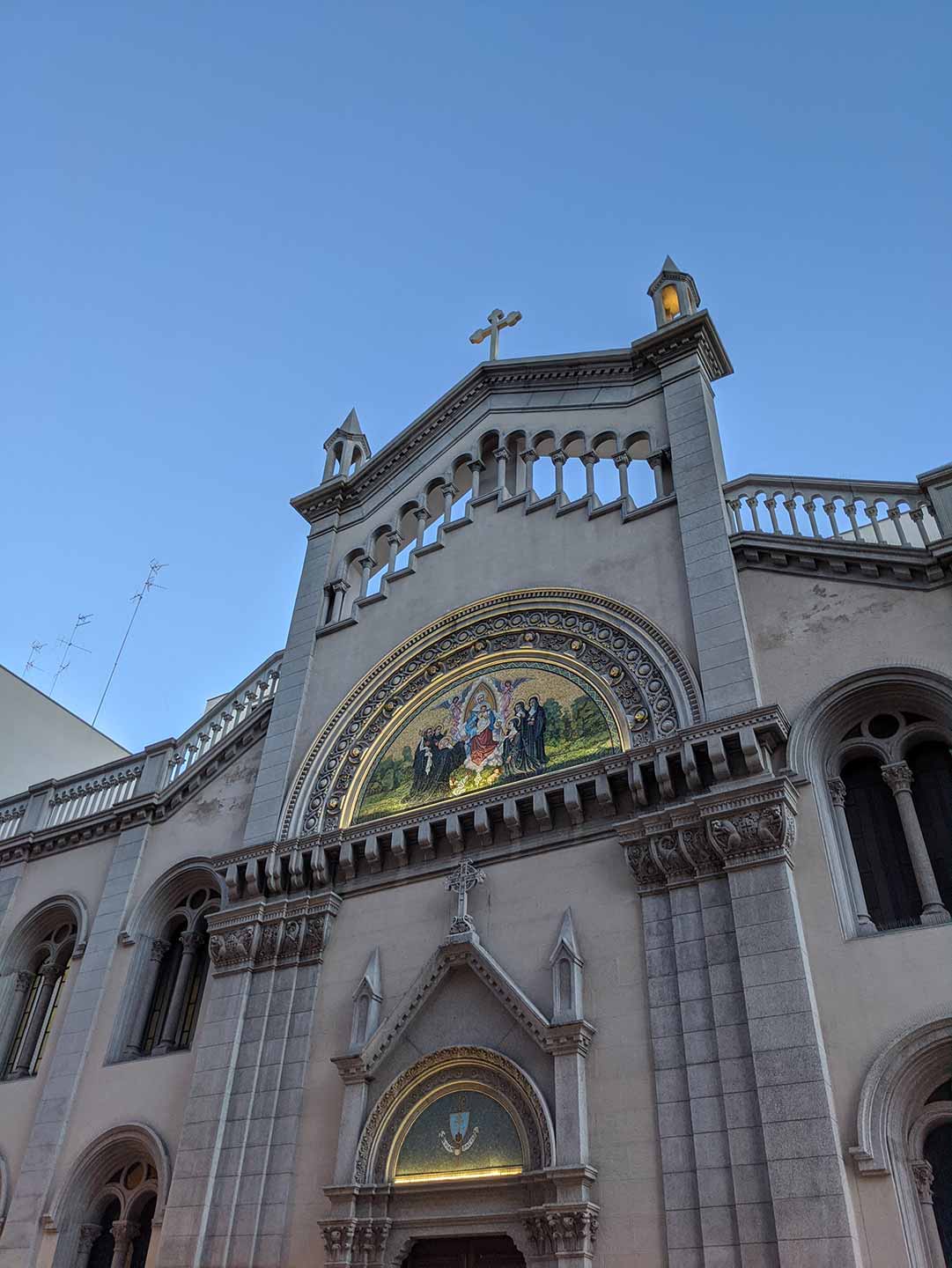 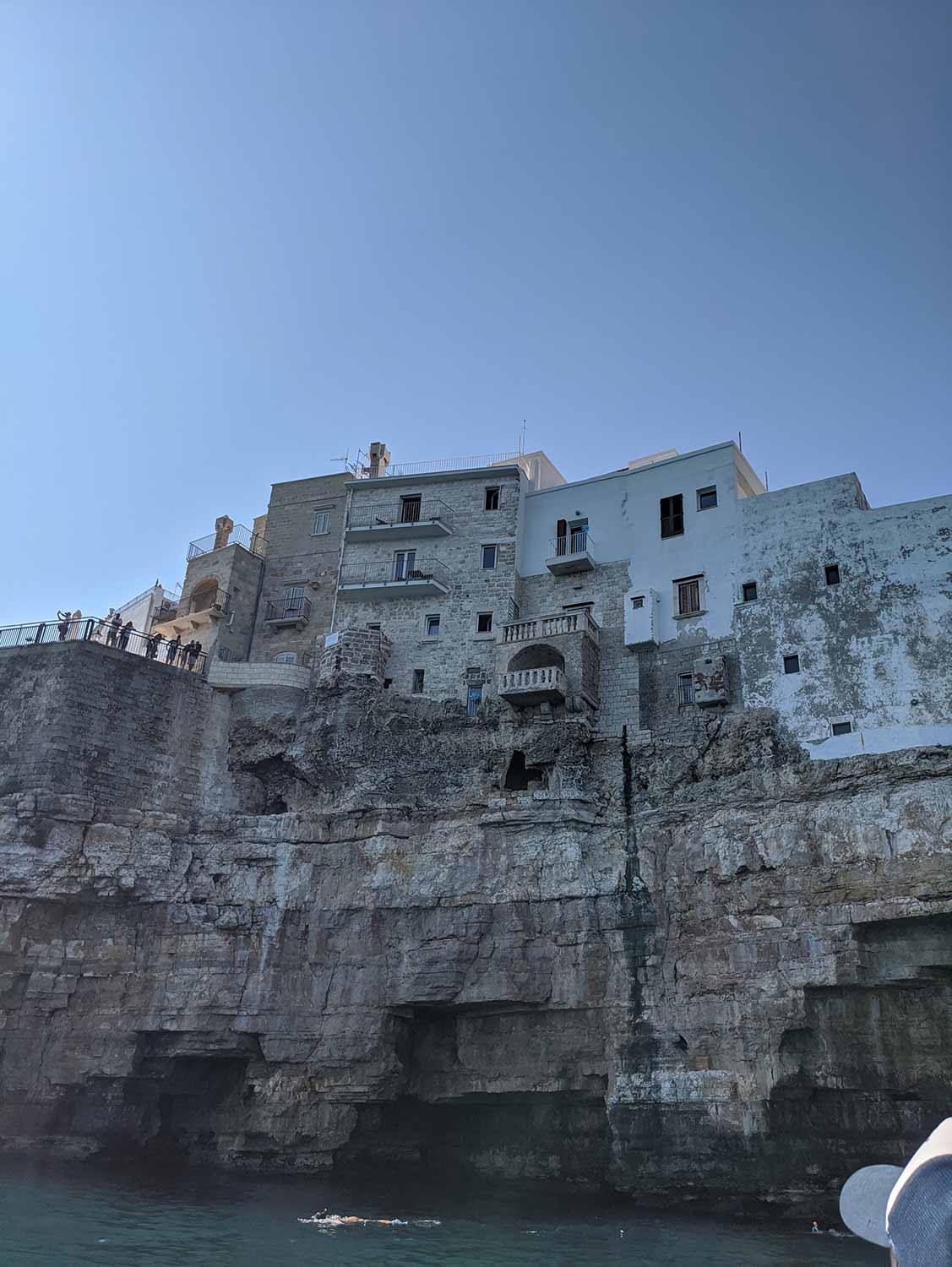 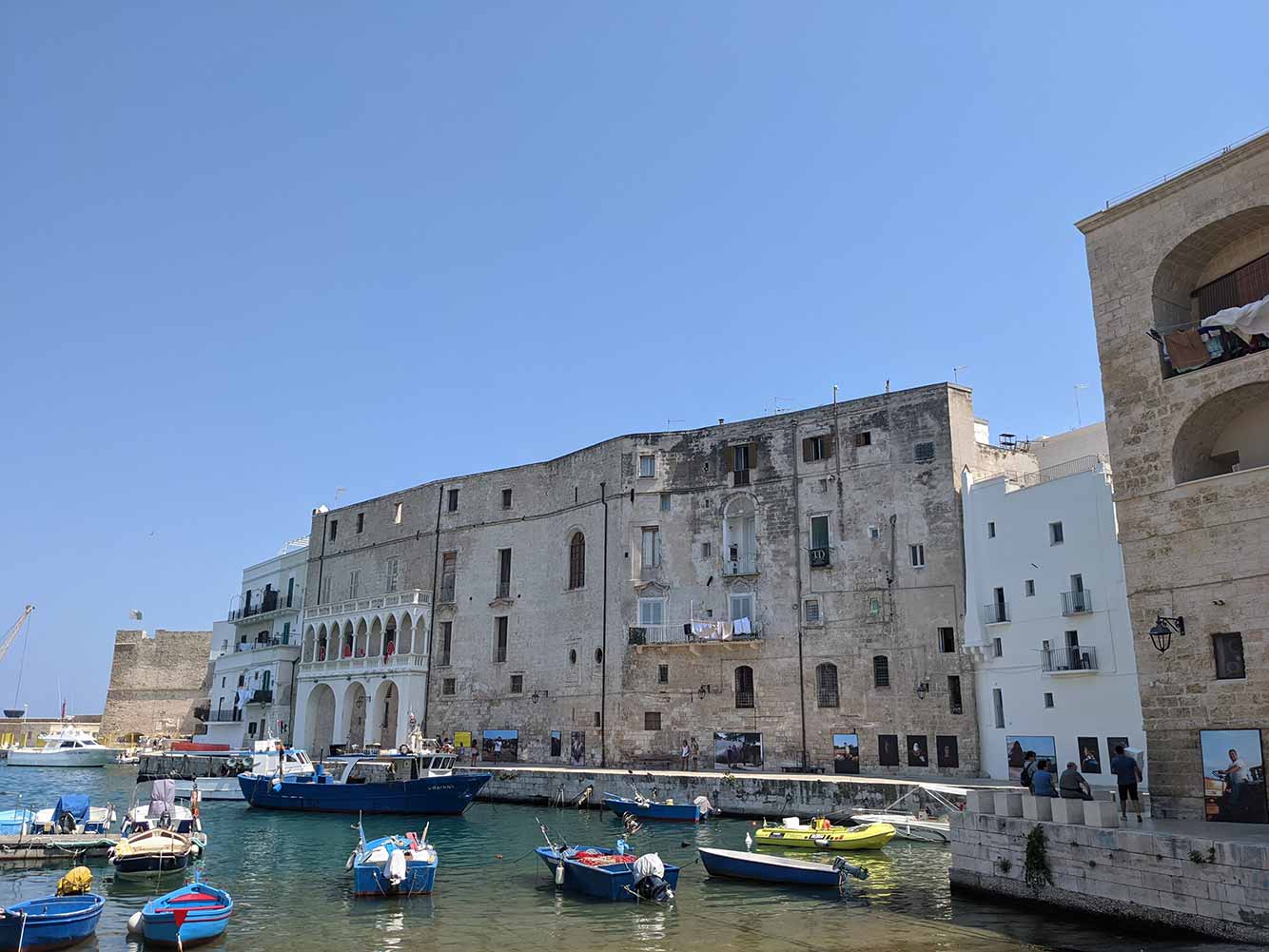 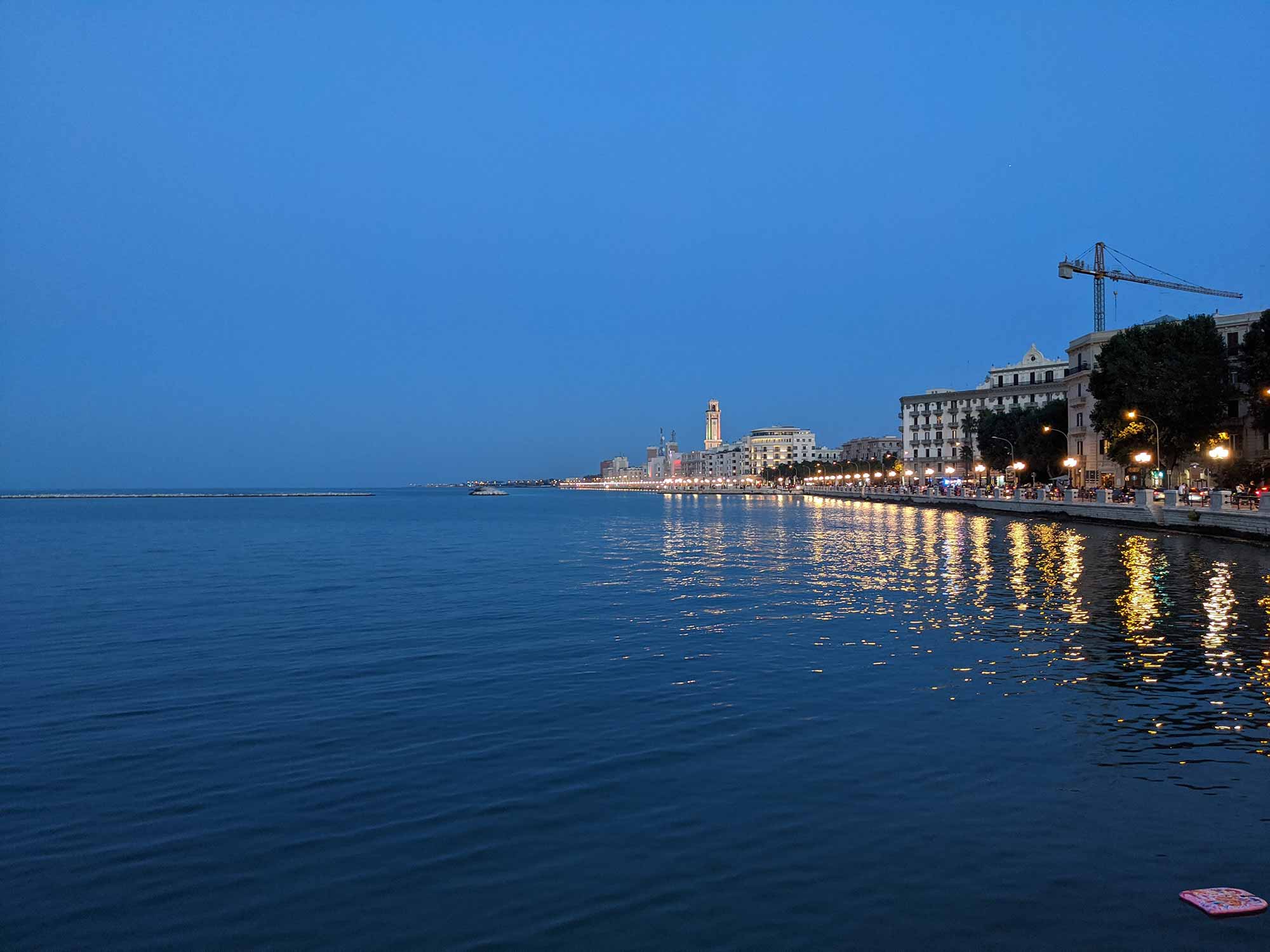 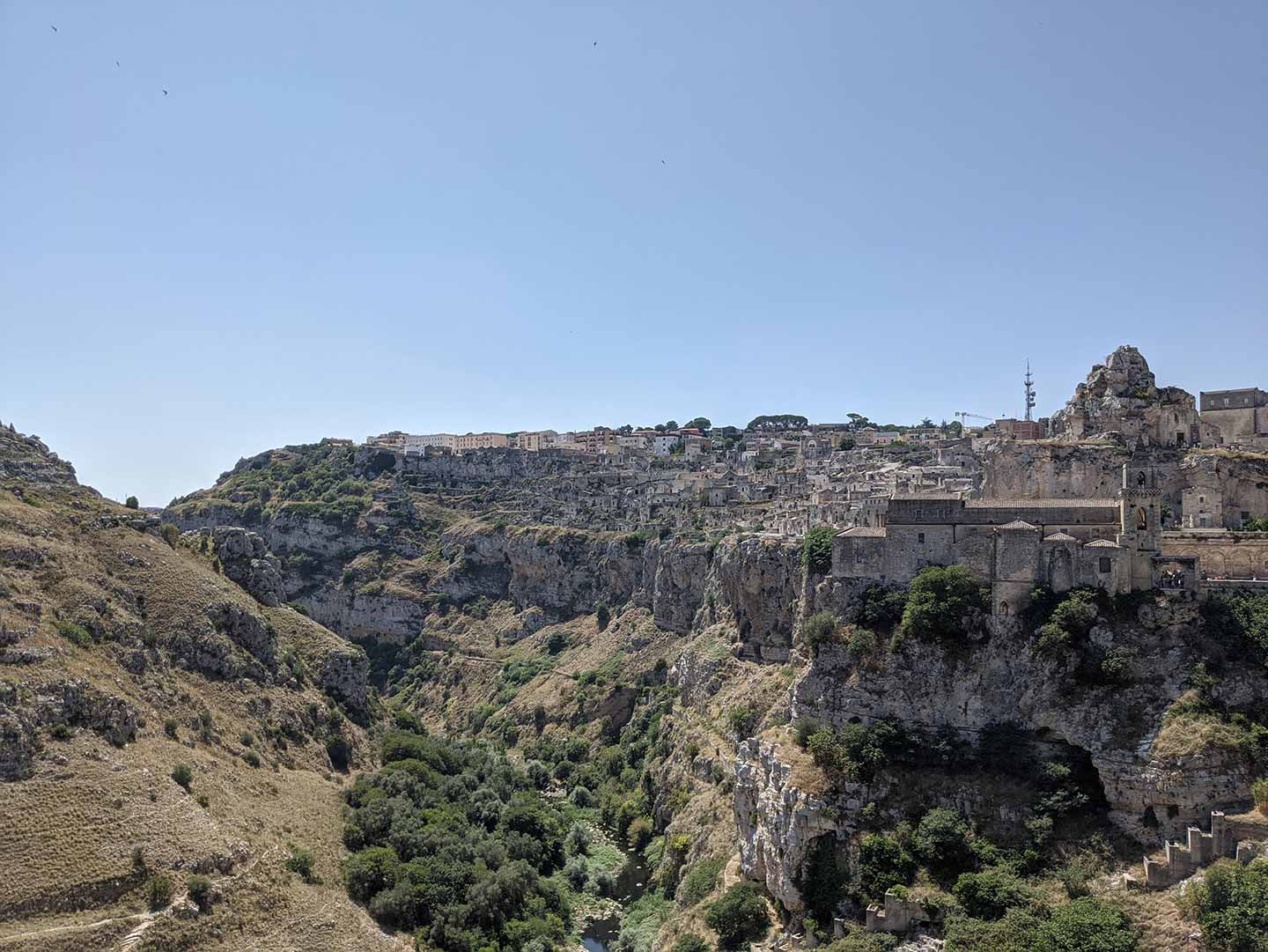 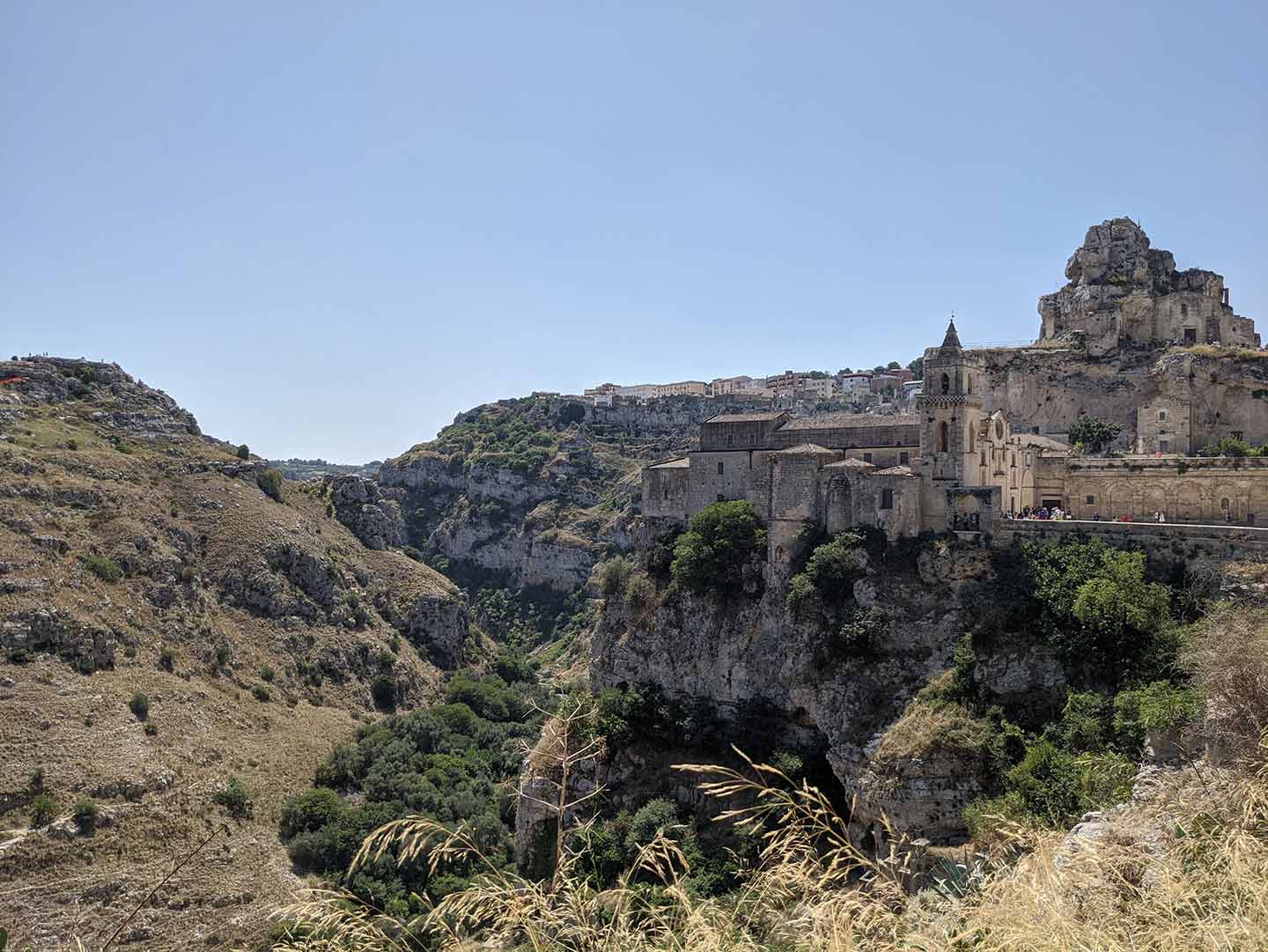 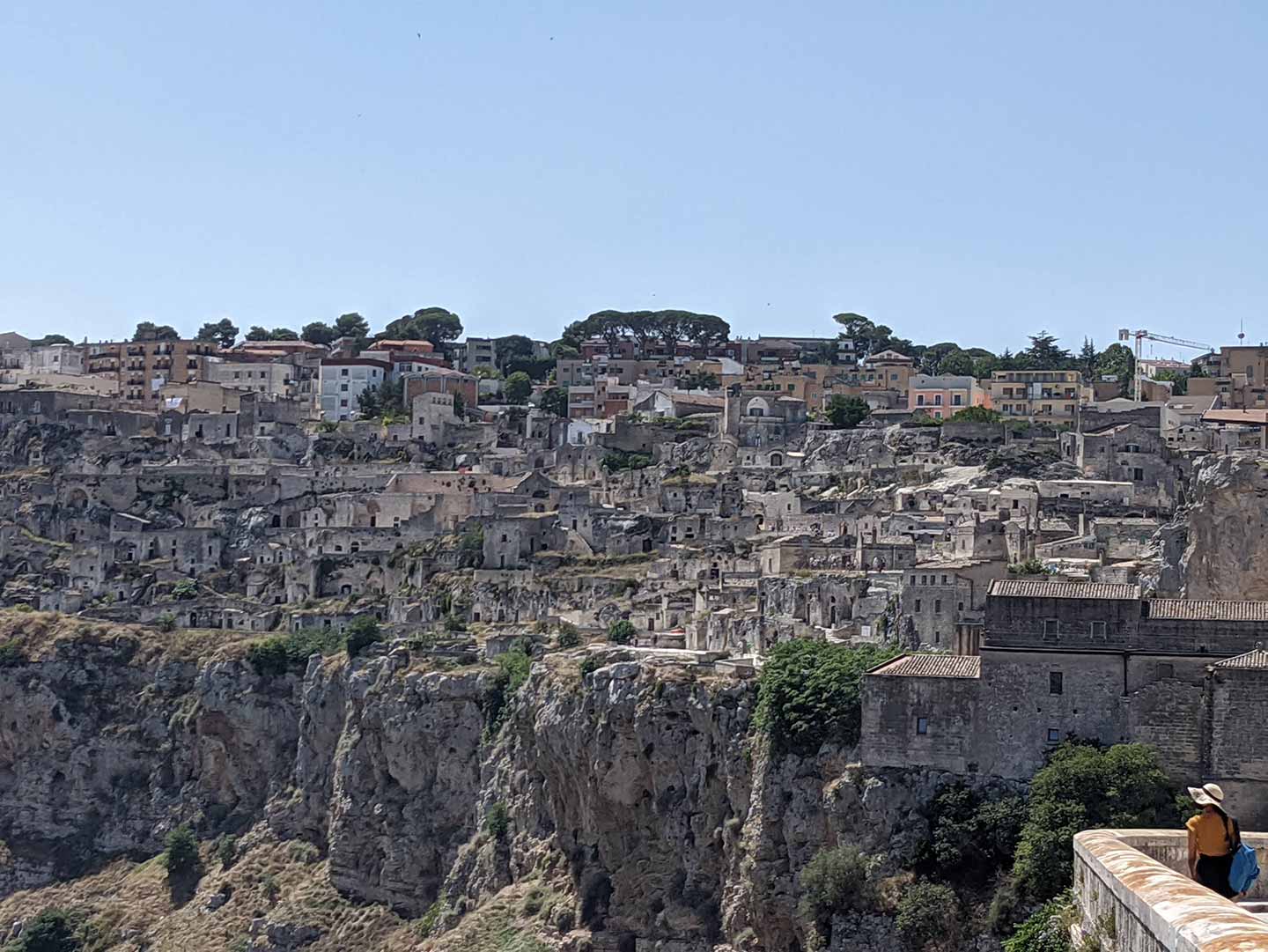 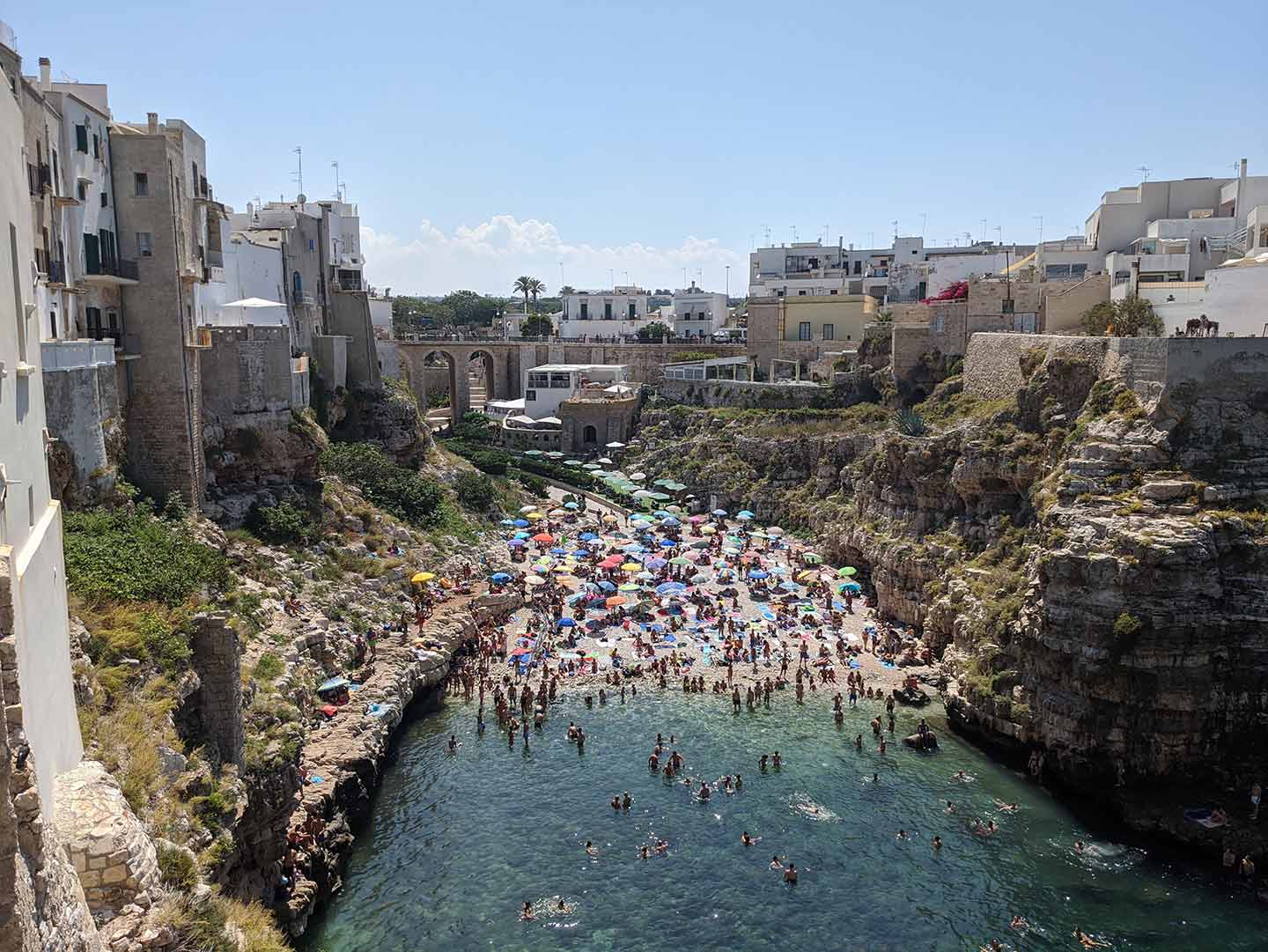 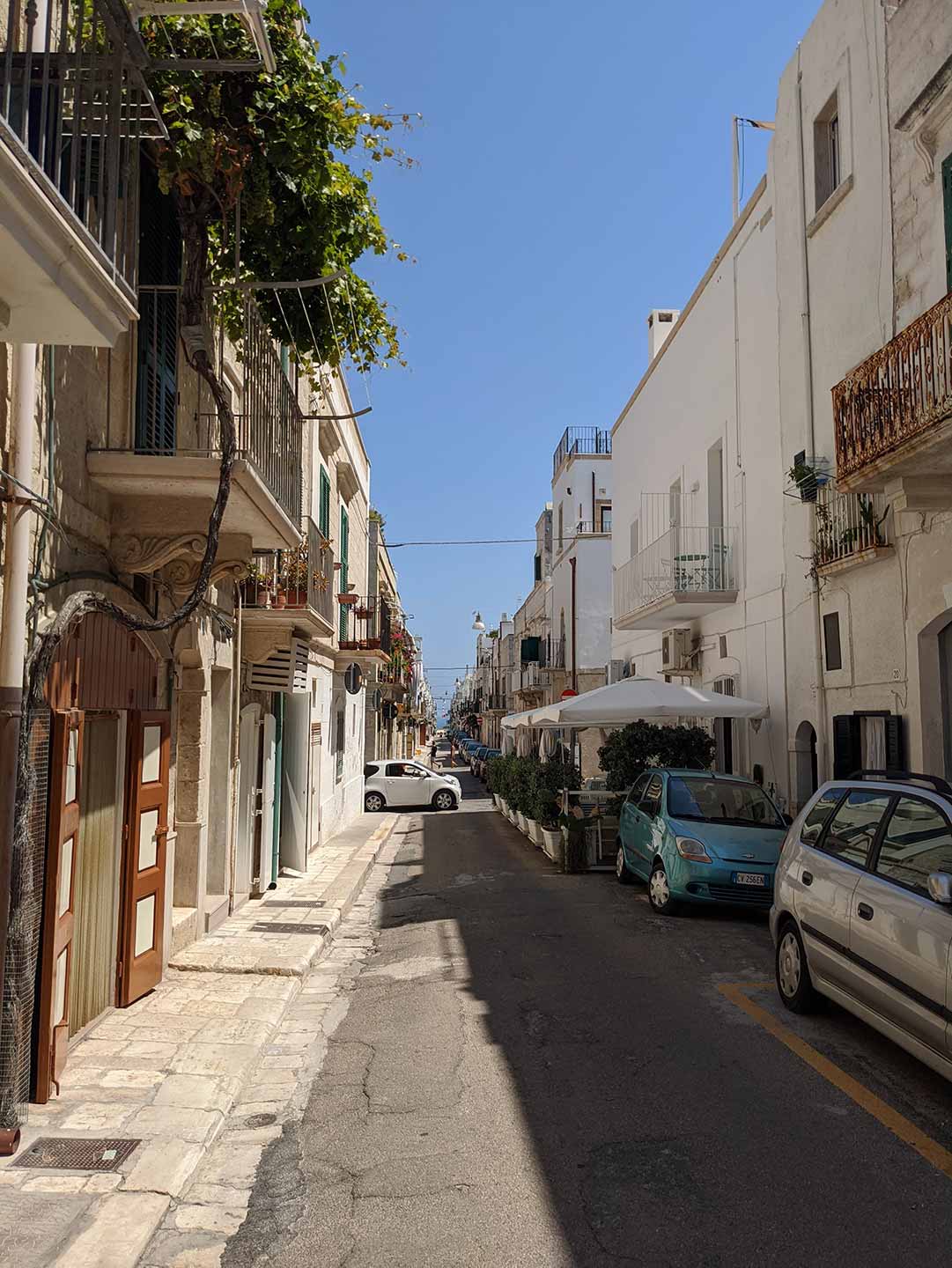 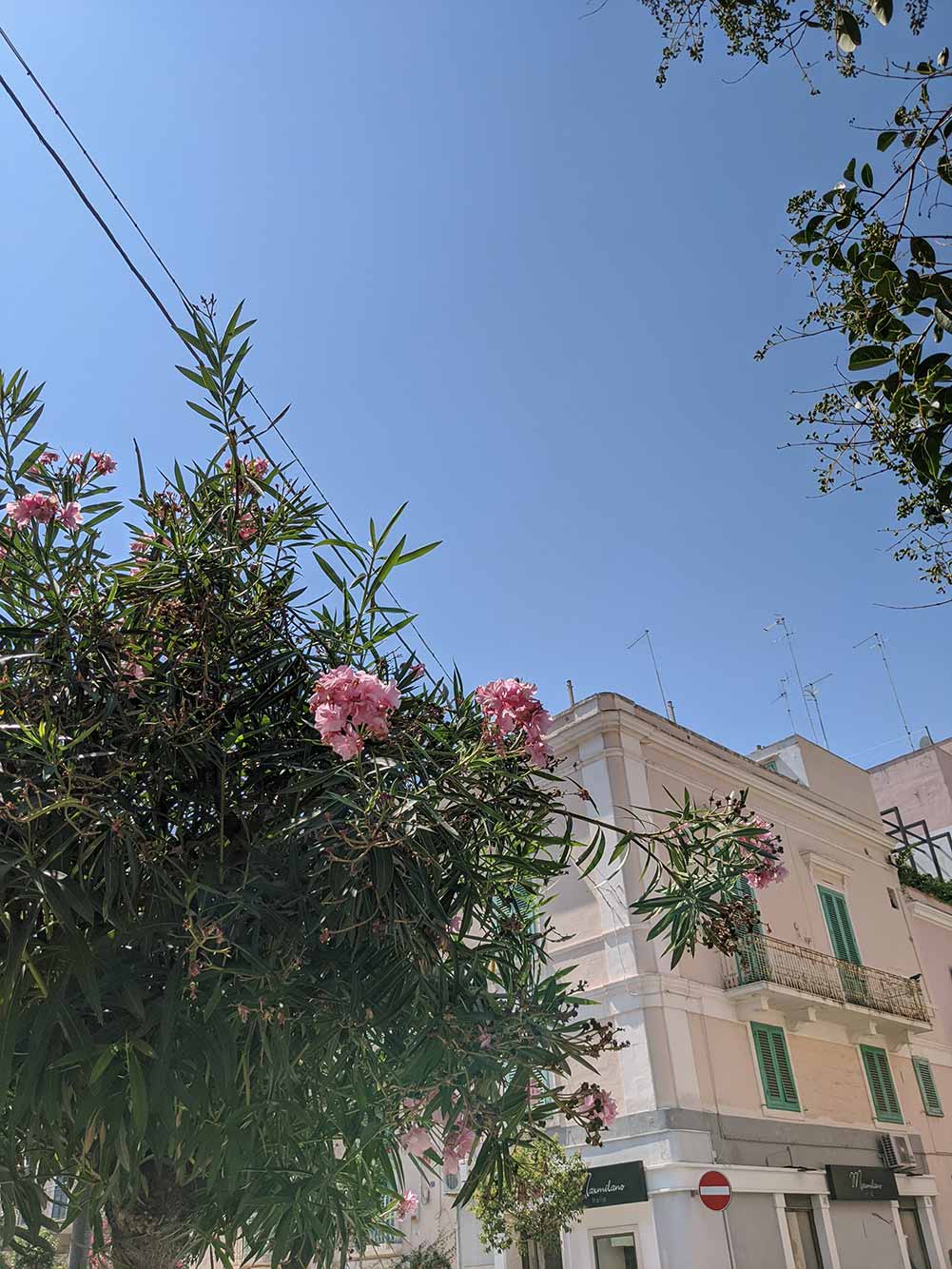 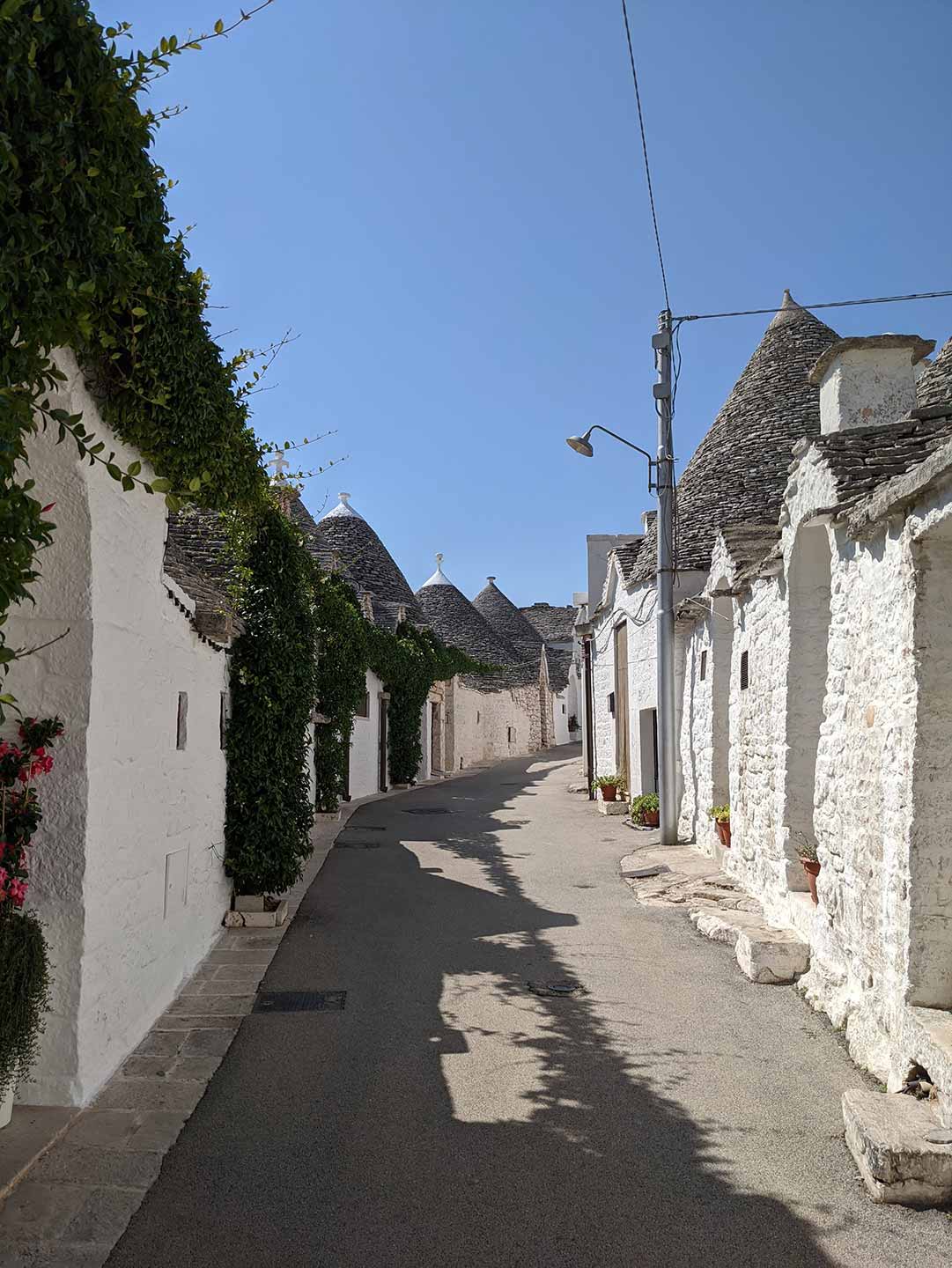 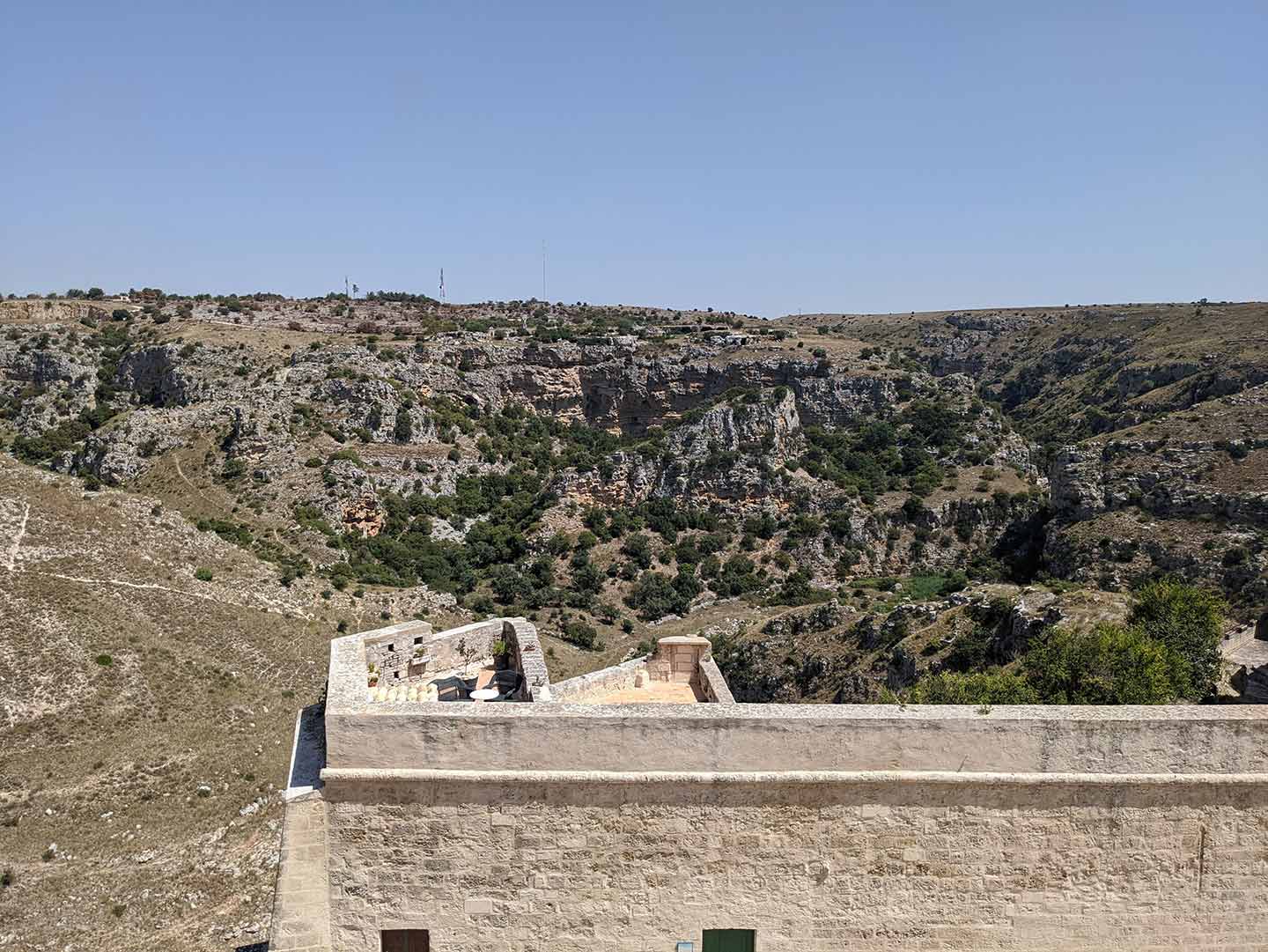 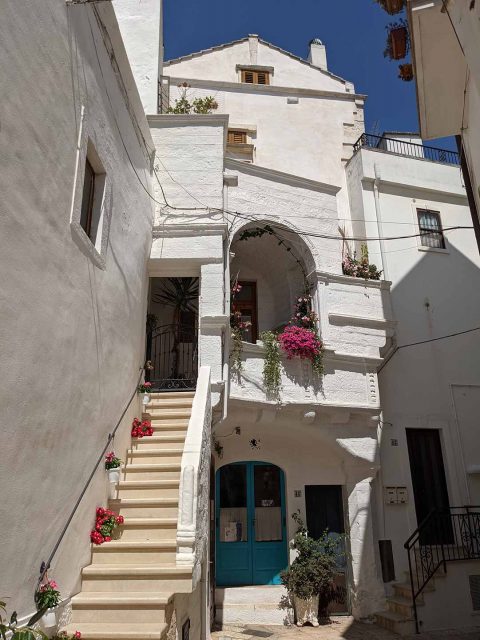 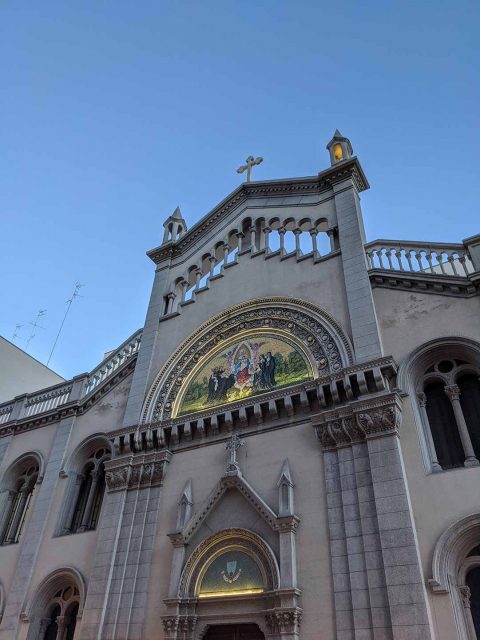 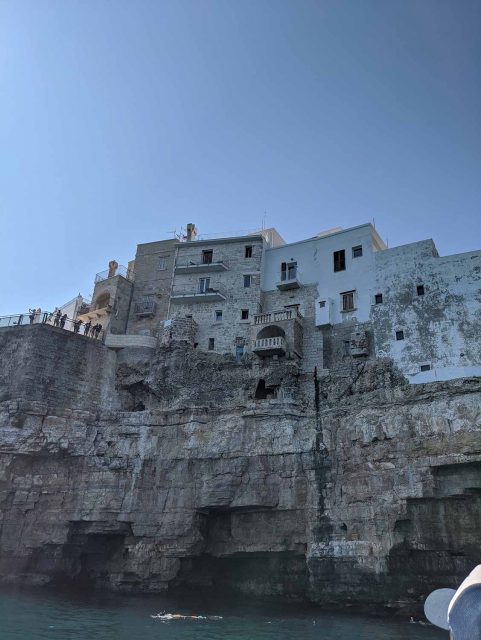 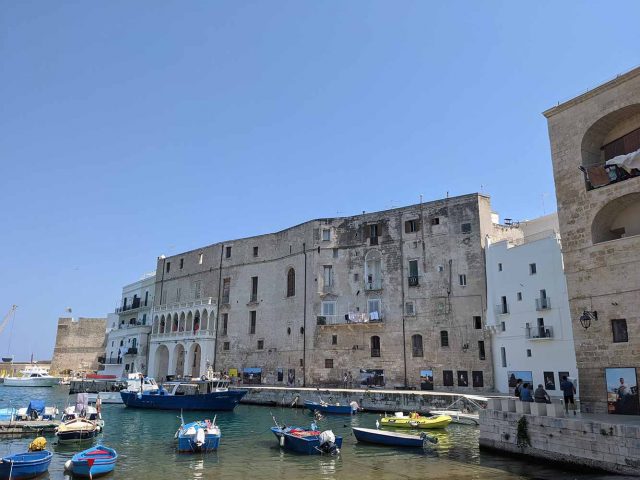 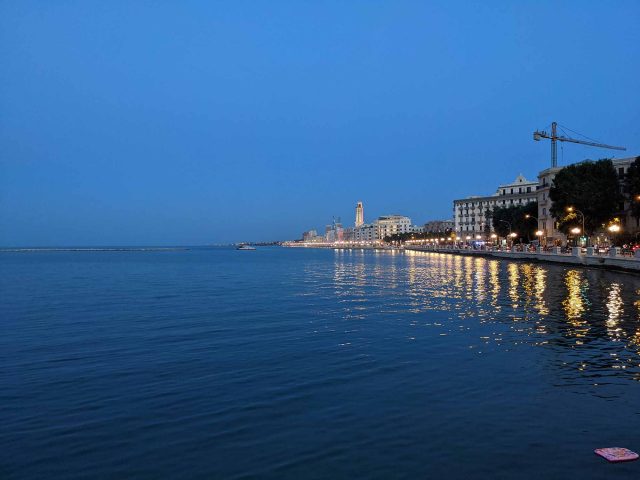 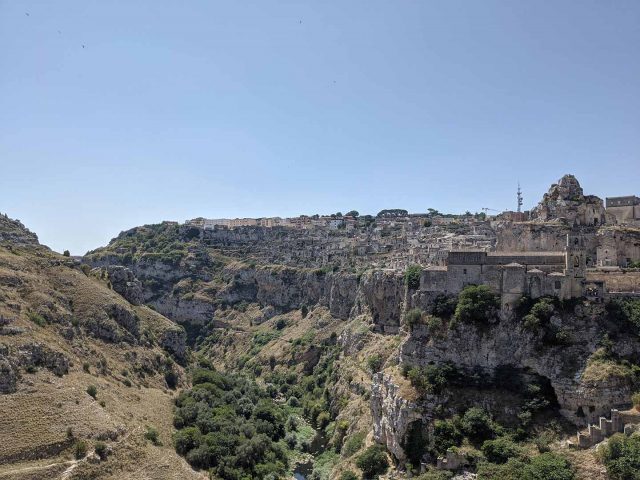 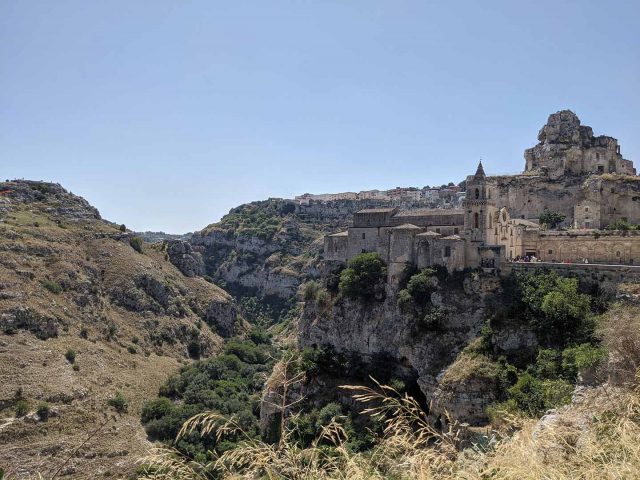 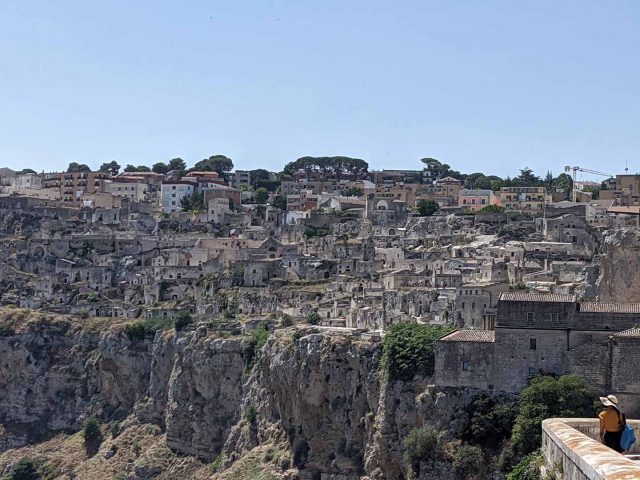 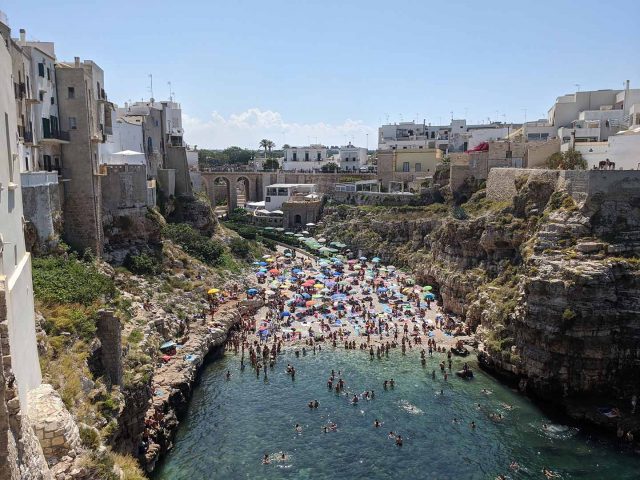 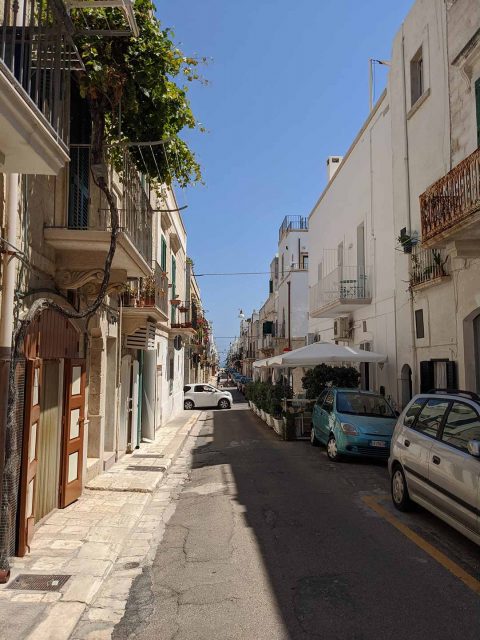 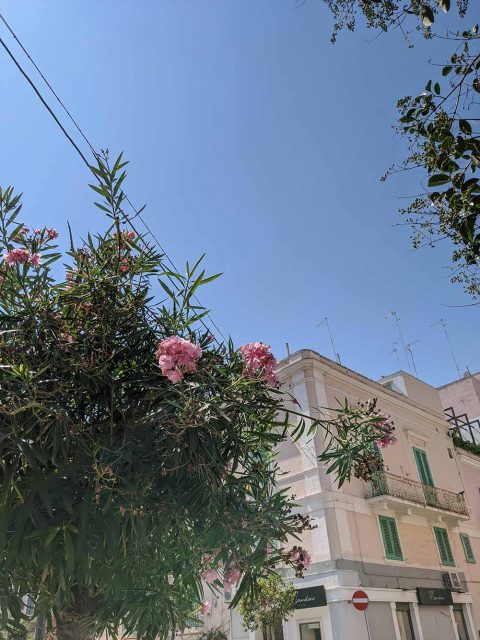 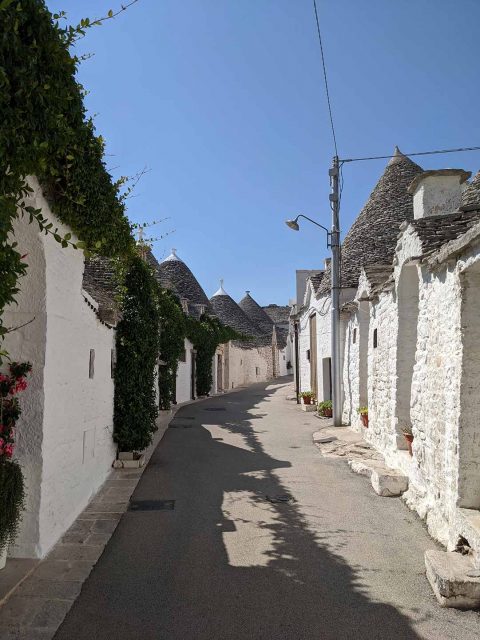 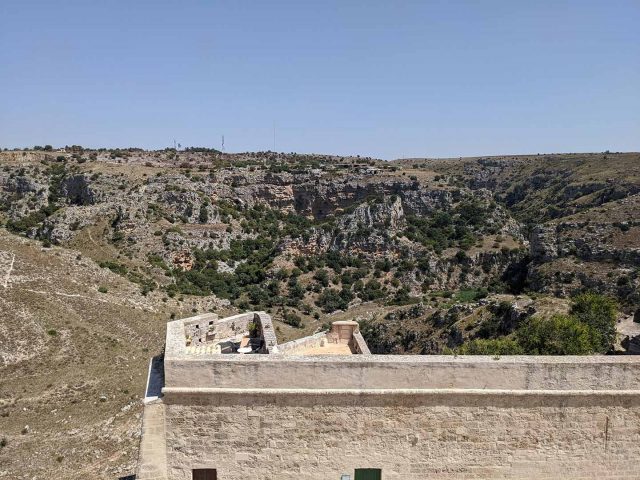 The Pixel 4a is not the fastest phone on the market. But, then again, for $349, you shouldn’t expect it to be. It’s powered by a Snapdragon 730G processor and 6GB of RAM.

Those specs translate to a phone that won’t let you down, but won’t blow your socks off, either. Apps open without significant hesitation, and we only had a handful of app closures and auto-locks when using the new Pixel. You can even do some gaming. However, for extended gaming sessions, the Pixel 4a will run hot.

If you’re looking for speed above all else at this price, get the iPhone SE. But, frankly, we’d take the Pixel almost every time over Apple’s budget model.

With the Pixel 4a, you also get the purest version of Android available. There’s no bloatware, or resource-hungry third-party launchers to power. It gives you everything that you need, and nothing more. 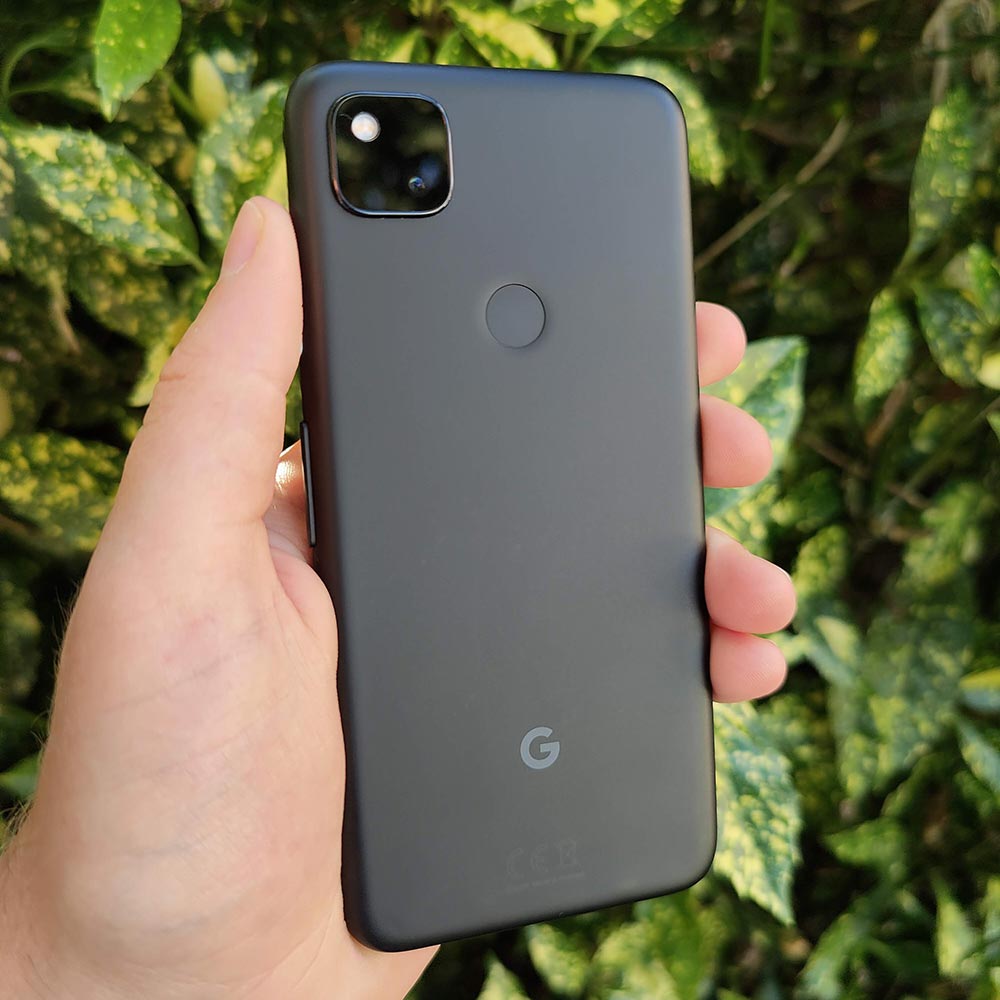 Last year’s Pixel 4 had dreadful battery life for a modern smartphone. Google was rightly scorned for releasing its high-end phone with a tiny battery, so the search giant can hardly afford another swing-and-a-miss with the Pixel 4a.

Fortunately for Google, things are much improved. The Pixel 4a has a 3,140 mAh battery – this isn’t huge, but it’s more than enough to get the job done. We were able to get a full day out of the Pixel 4a, even when using it as a sat nav in our car, taking photos, and using it for maps. Sure, we had to switch the battery saver mode on, but rest assured – the Pixel 4a will get you through a full day’s use.

In terms of screen time, we were able to get around six to seven hours, which is plenty for most people.

The Pixel 4a also comes with fast(ish) 18W USB-C charging. You’ll be able to get a full charge in just over an hour, which is decent enough. 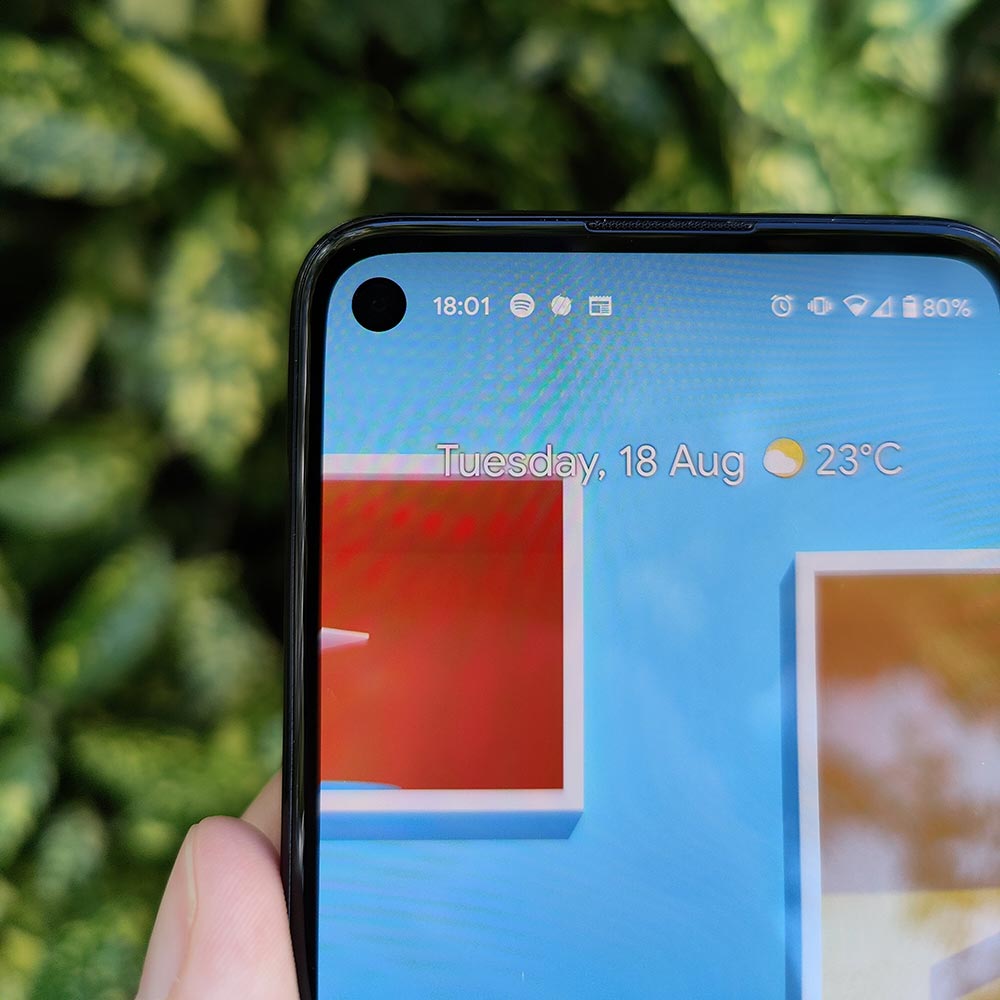 Google Pixel 4a Price and Rivals

You get fantastic cameras, an impressive screen, a compact, handy design, and Google’s effortless UI.

However, the Pixel 4a does have two significant rivals: the OnePlus Nord and the iPhone SE.

We think that the Pixel 4a will be the best choice for most people. But the OnePlus and Apple phones both outperform the Pixel in some areas.

The OnePlus Nord is faster, and has a bigger screen with a higher refresh. Plus, it has 5G connectivity. However, it is larger, heavier, and isn’t sold in the US. What’s more, its cameras aren’t a patch on the Pixel’s.

The iPhone is faster again, and bests the Pixel when it comes to video quality. However, it still has a small, low-resolution non-OLED screen, the same sort Apple first debuted on the iPhone 6 from 2014(!). If you currently use an iPhone and are choosing between the Pixel 4a and iPhone SE, there has never been a better chance to leave Apple’s walled garden. 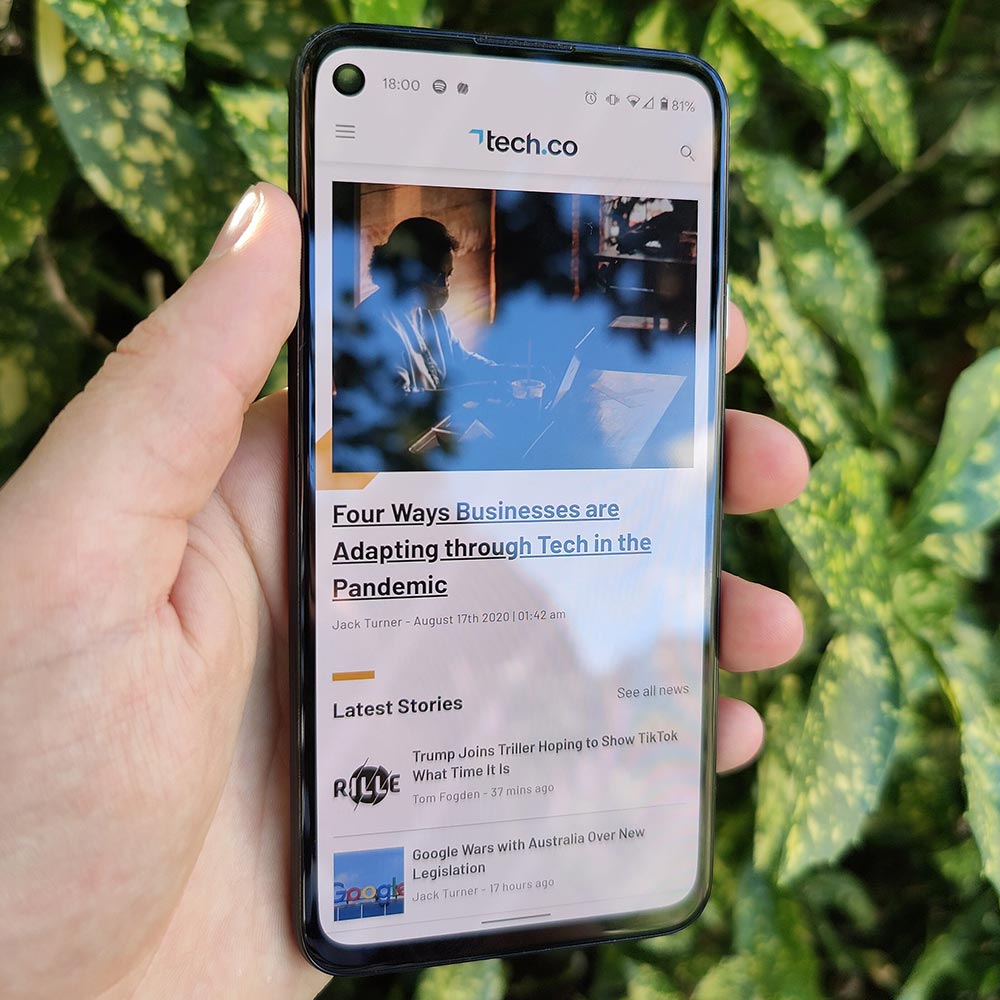 The Google Pixel 4a is the best value for money phone on sale at the moment. In fact, it is our favorite phone of the year so far.

Sure, it doesn’t necessarily push the game forward with a host of exciting (but potentially pointless) features. Instead, it does everything we want from a phone brilliantly, and for far, far less money than we were expecting.

Hopefully, the Pixel 4a can seriously change the focus of the phone market from expensive, over-the-top flagships to affordable, efficient phones like itself.