This content has not been updated since October 2020. For more recent tech advice for your business, check out the best phones of 2021.

Motorola Moto G 5G Plus
A decent phone but competition is increasing
3.8
In Short

The Motorola Moto G 5G Plus is a good phone, but it's arguably let down by its confounding name.

The affordable G 5G Plus is an enticing option for anyone looking to get in on the 5G act without breaking the bank. The bad news? It’s not yet available in the US. However, the confusing name – combined with the constant drumbeat of new Motorola phones – will likely mean that the G 5G Plus doesn’t garner the attention it deserves as a very respectable handset.

At £299, the Moto G 5G Plus is an impressive phone with a 90Hz refresh rate screen, strong performance, and impressive battery life.

However, you’ll notice that there’s no price in US dollars. Yet again, US customers have missed out on a cut-price 5G phone.

But perhaps that’s not such a big deal: 5G uptake in the US has been slow and patchy at best. Plus, as everyone is staying inside more, widespread 5G coverage seems less essential.

Either way, let’s dive in and see what makes the G 5G Plus a decent, if unspectacular phone.

The Motorola G 5G Plus doesn't quite blow us away, but these phones did

The G 5G Plus isn’t blessed with the most mind-blowing specifications. But then again, at less than £300, it would be remiss to expect otherwise.

It’s powered by the increasingly popular Snapdragon 765 chipset, and either 4GB or 6GB of RAM. We tried the 6GB version and, while the performance wasn’t exactly staggering, it was certainly speedy enough to get most things done.

Games ran fine at slightly below max settings, and apps opened without too much delay. However, there were occasions when the phone struggled to cope with swapping back-and-forth quickly and juddered to a halt.

We’d also note that, while the G 5G Plus is enabled for 5G, we never actually managed to find any 5G reception during our testing period. Even travelling into the center of London, we only managed 4G+. If 5G reception is readily available where you live, then it’s worth taking advantage of the G 5G Plus’ connectivity. However, if it isn’t, then 5G connectivity shouldn’t be a deal-breaker when buying a new phone (at least for the moment, anyway).

The G 5G Plus has a huge 5,000 mAh battery, and it can last for days – literally days. During our time with the G 5G Plus, we were able to get over one-and-a-half-days’ use without too much trouble.

In fact, the G 5G Plus was able to last over an entire weekend with only a 30 minute charge. Much of this was down to the G 5G Plus’ 20W fast charger, which meant we could get around 50% in just half an hour. 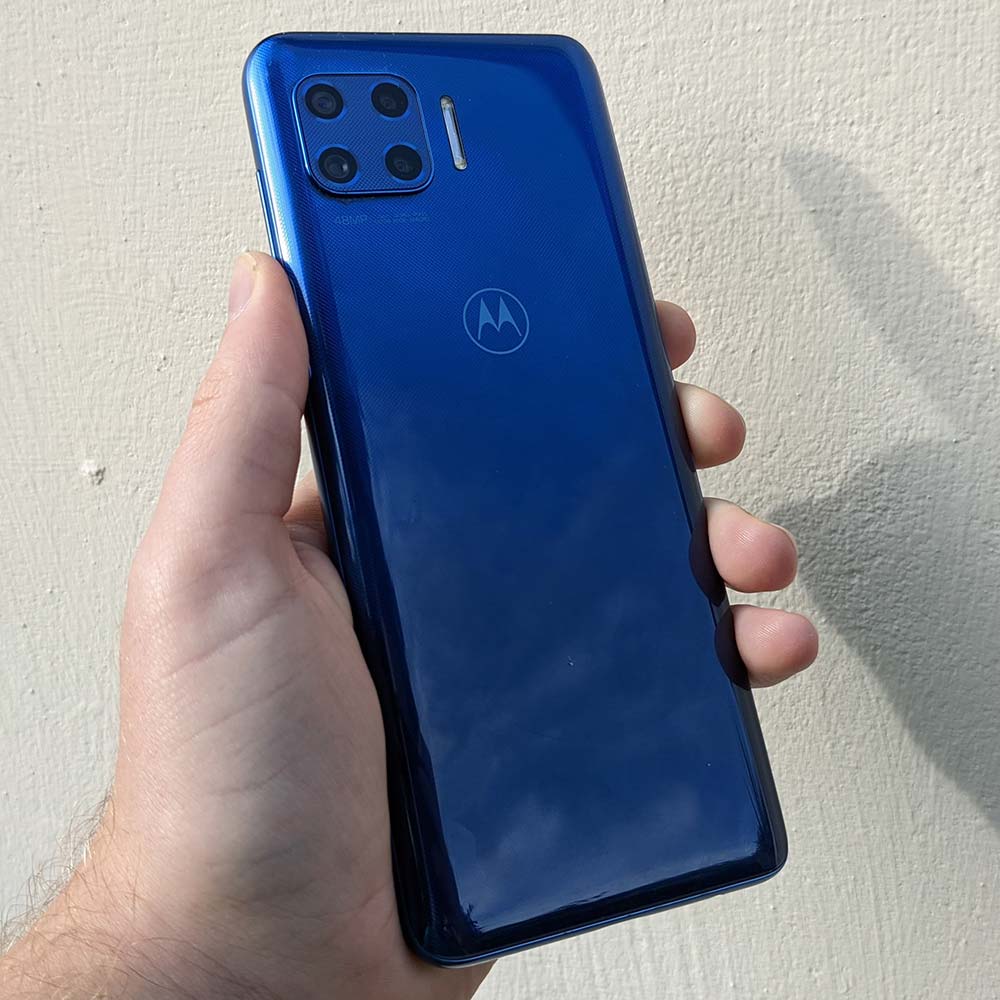 The G 5G Plus has a sizable 6.7-inch LCD display with a 1080×2520 resolution and a 90Hz refresh rate. It’s a decent display, but as with many LCD displays with hole-punch front cameras, there’s a slight blurring at the edge of the camera.

The screen itself is sharp enough, but it doesn’t really blow us away. It’s also worth noting that, as an LCD unit, the G 5G Plus’ display can struggle in direct sunlight.

Still, you do get a headphone jack and space for a micro SD card slot with the G 5G Plus, and that extra thickness helps the Motorola phone house four rear cameras compared to the other phones single rear lenses. But, as with many things in life, less can often be more. 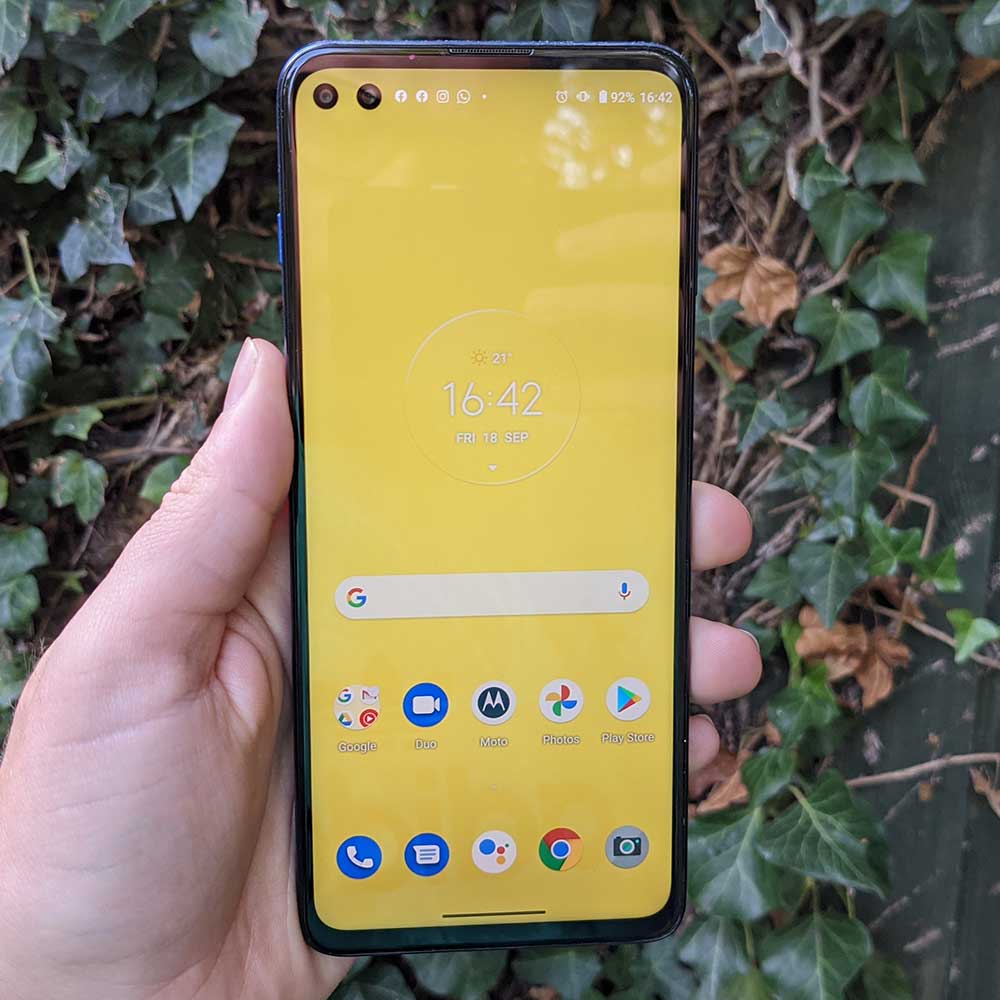 Motorola has had a history of producing phones which take pretty decent pictures. However, with the G 5G Plus, it seems the company has missed a step.

The images aren’t hopeless, but strangely, they seem to lack sharpness. There’s blurring around the edges of objects within the photos, regardless of which lens is taking the photo.

Images from the main 48Mp camera are a bit soft, while images from the 8Mp ultrawide lens also appear a bit soft and lack saturation. In less than perfect conditions, the 48Mp main snapper also seems to lose some saturation. The macro lens also seems to struggle with focusing at times. The depth sensor works, but doesn’t produce best-in-class portrait or bokeh effect shots, either.

It’s a real shame, and uncharacteristic for Motorola phones of late. Of course, it’s likely that these issues could be fixed with a software update, but we’ll have to wait and see whether that actually comes to pass.

Round the front, you get two selfie cameras: a 16Mp main lens, and an 8Mp ultrawide selfie camera. Much like the rear cameras, images from the selfie snappers are passable, but lack refinement. There’s some oversaturation, and while dark colors are pronounced, more muted tones can feel a bit forgettable.

All told, the G 5G Plus doesn’t blow us away with its cameras. But then, at just £299, we might be being unkind – perhaps phones such as the Google Pixel 4a have made us greedy with our camera quality. 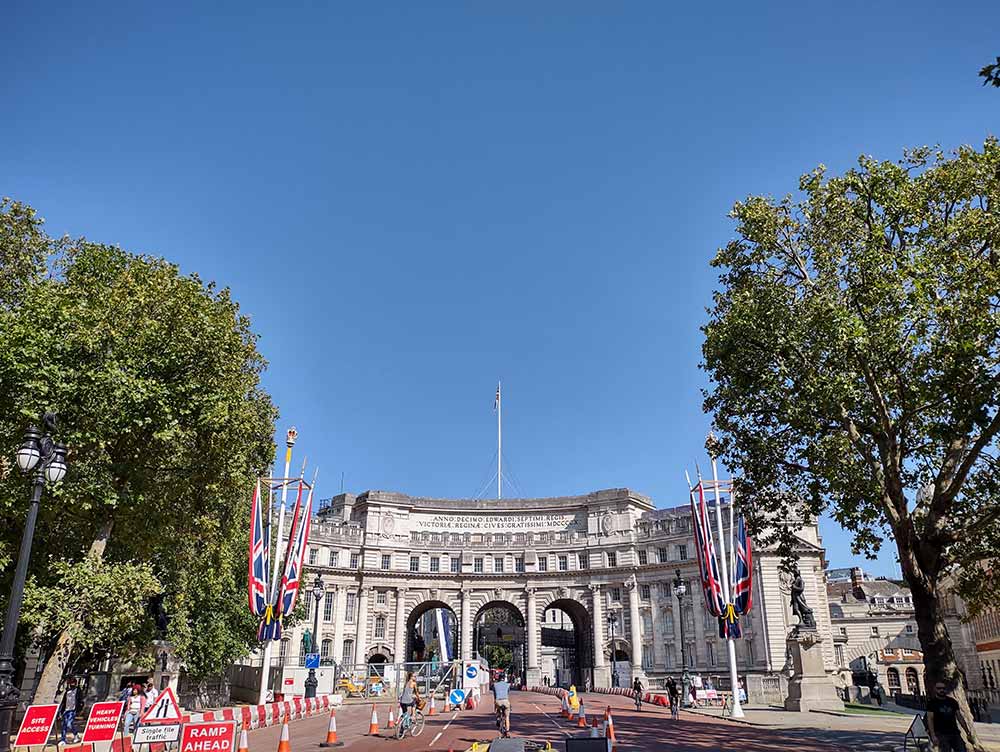 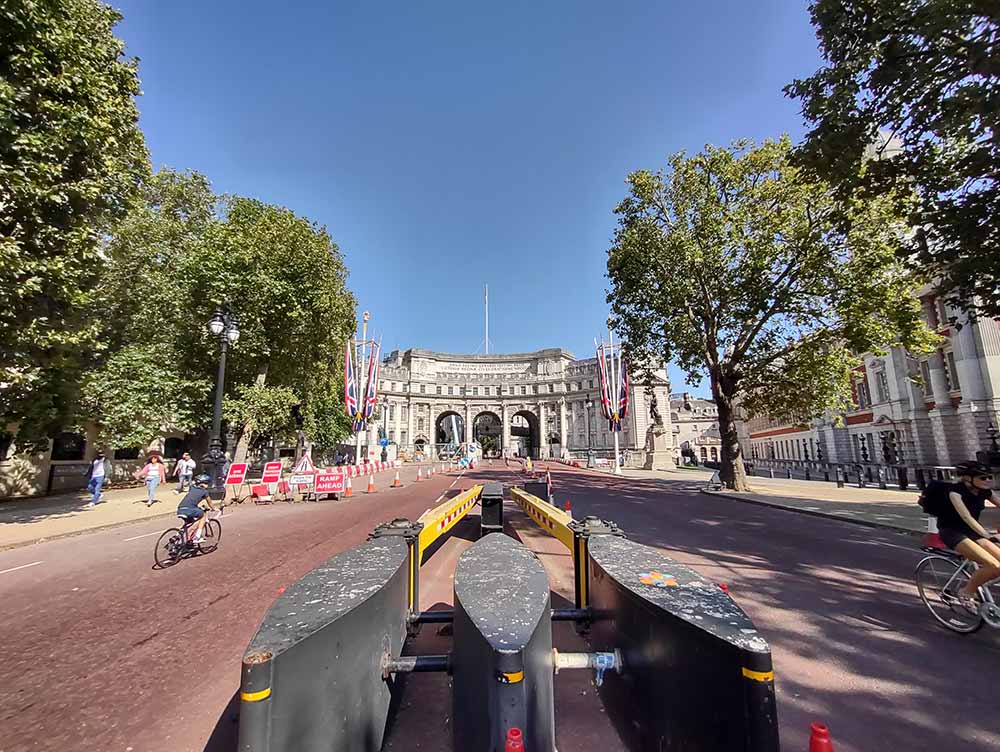 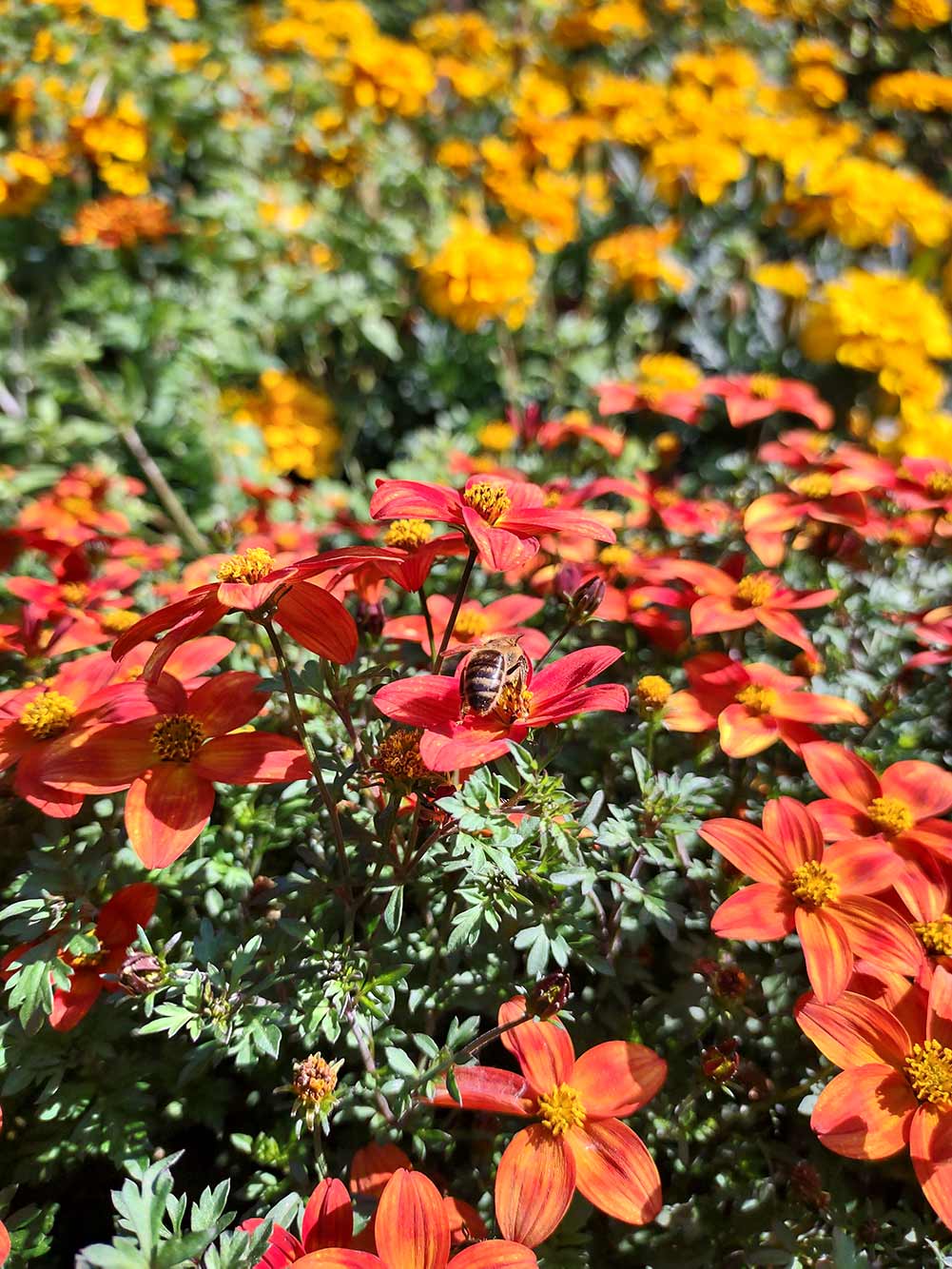 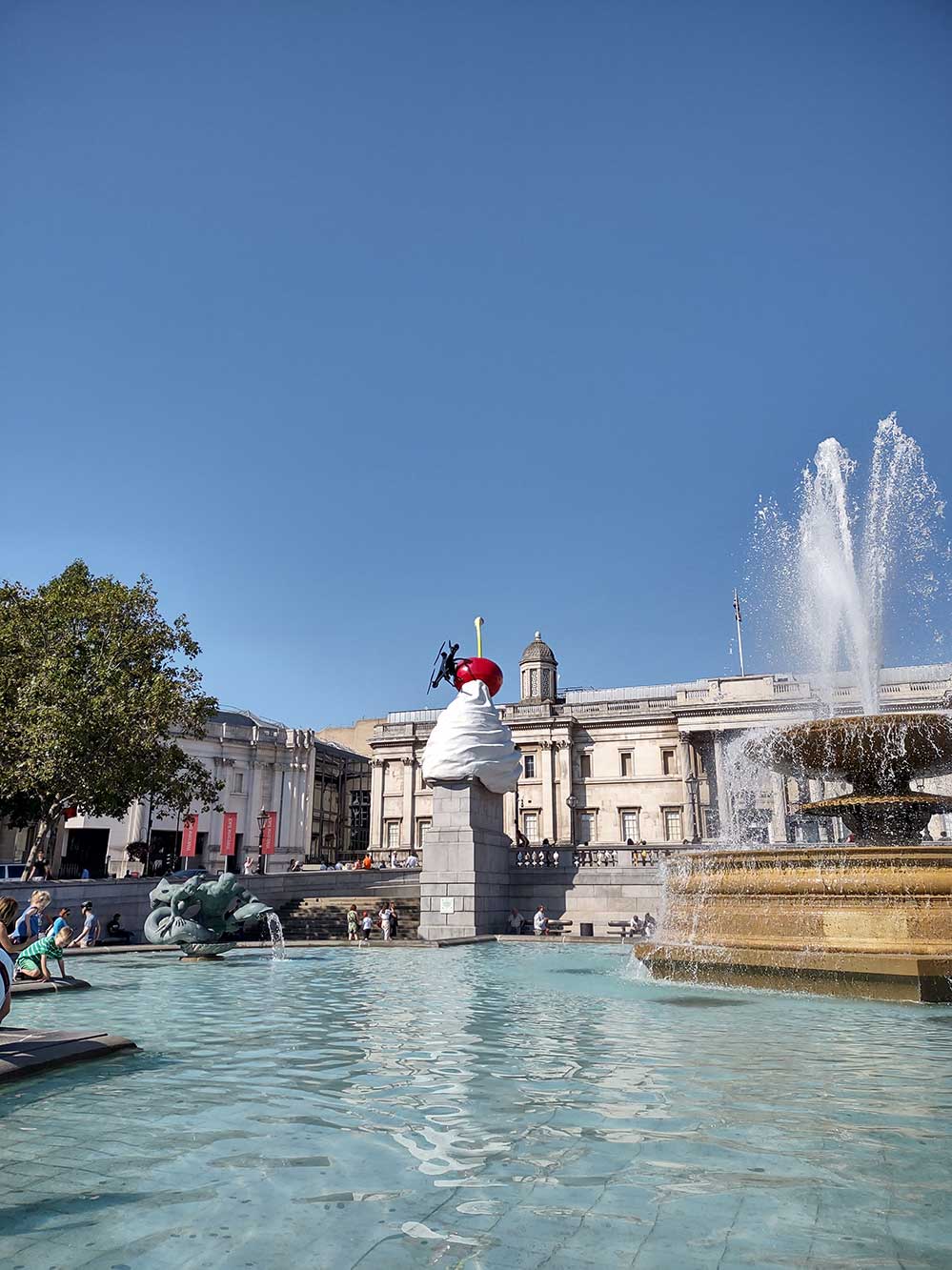 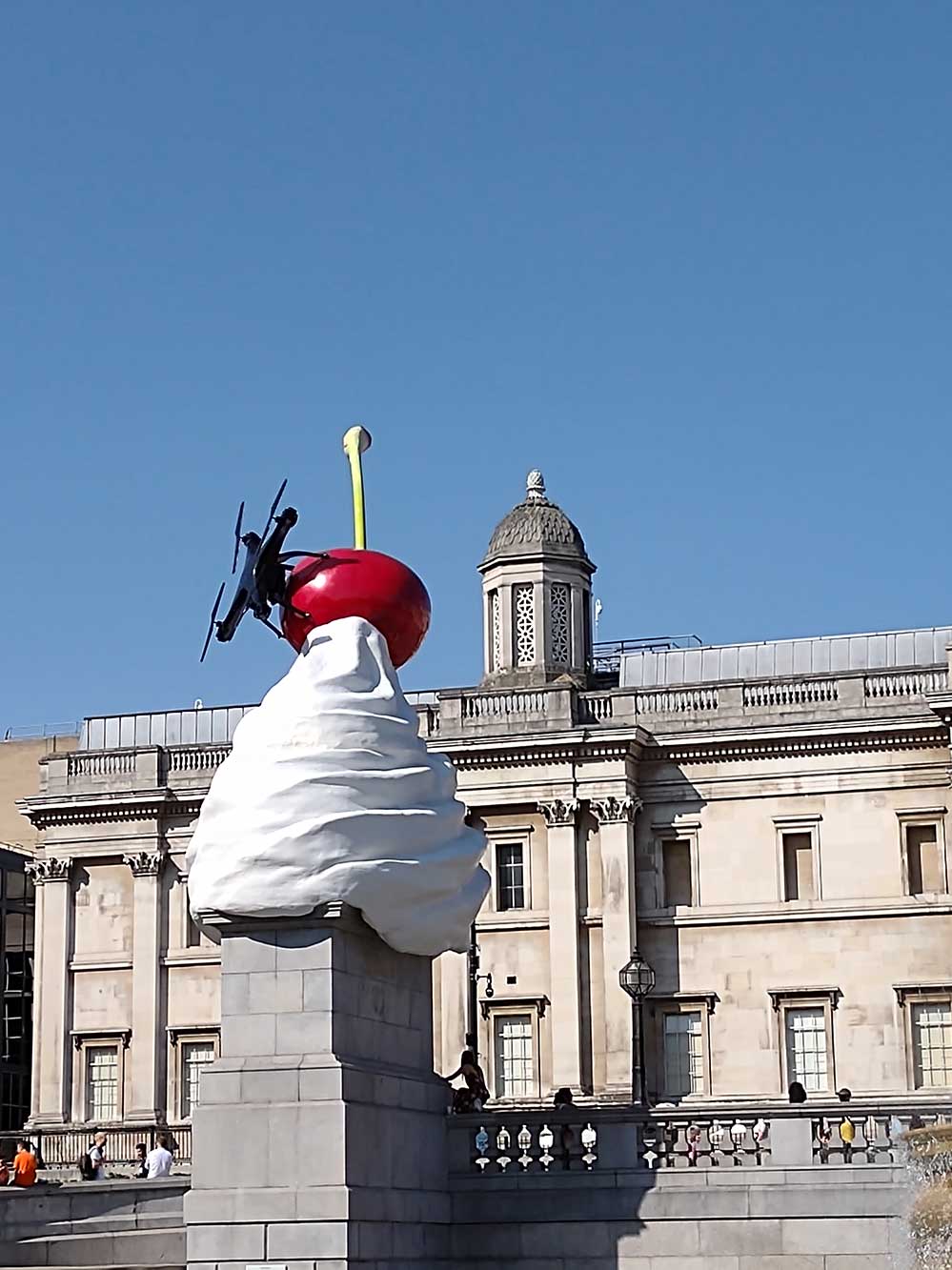 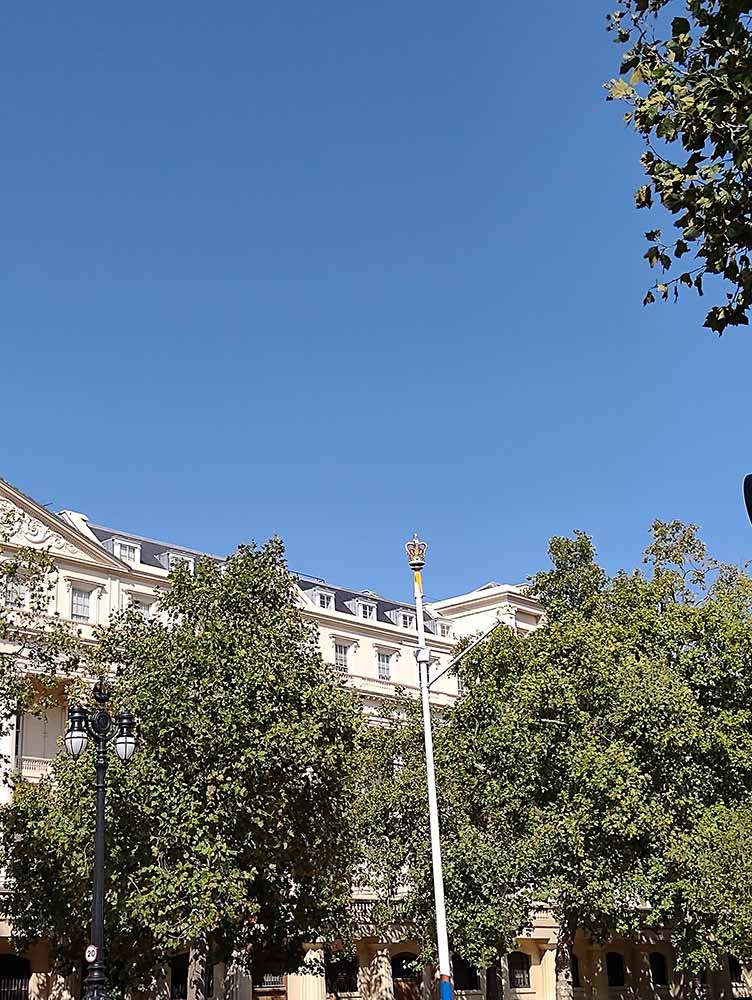 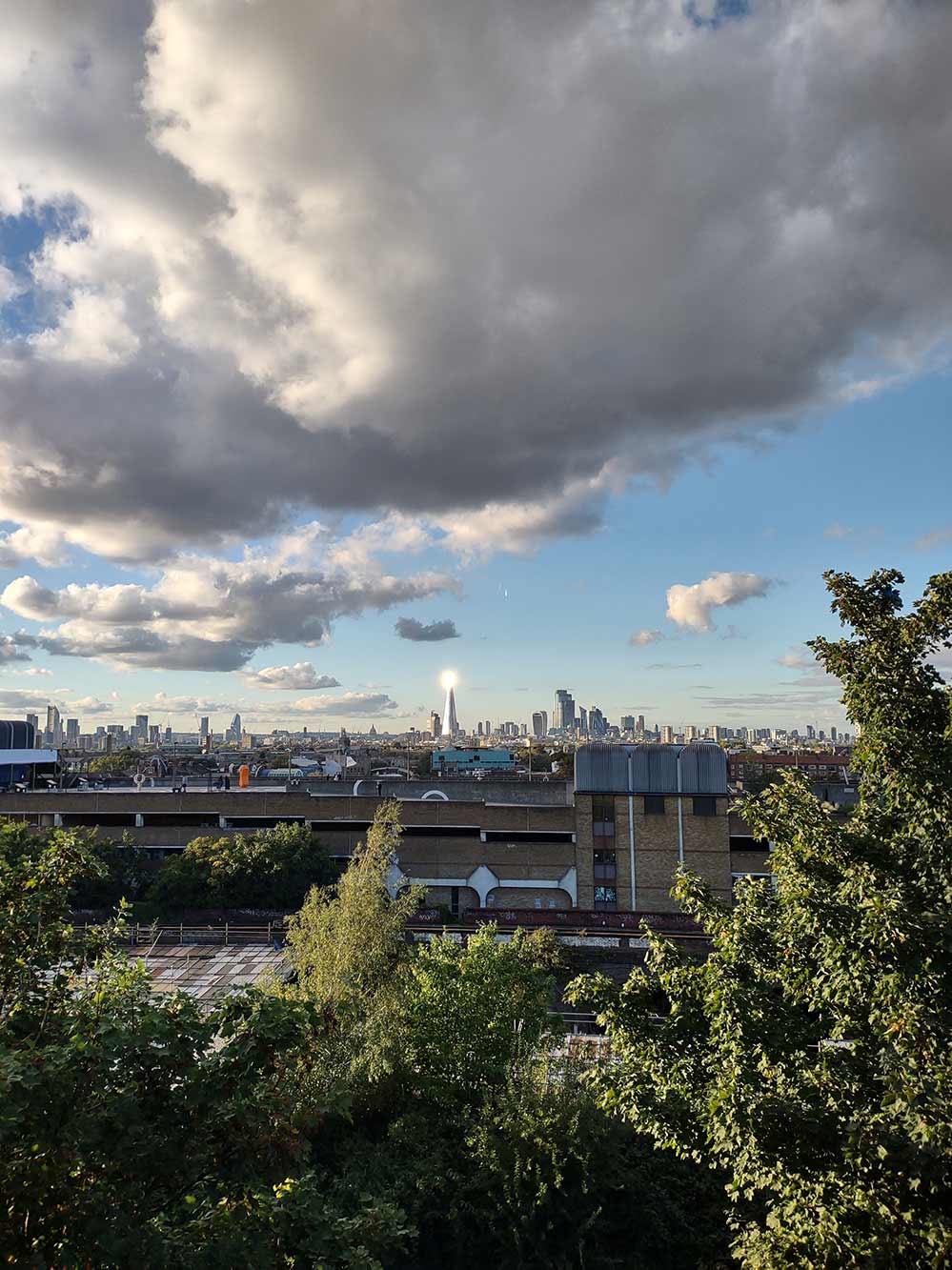 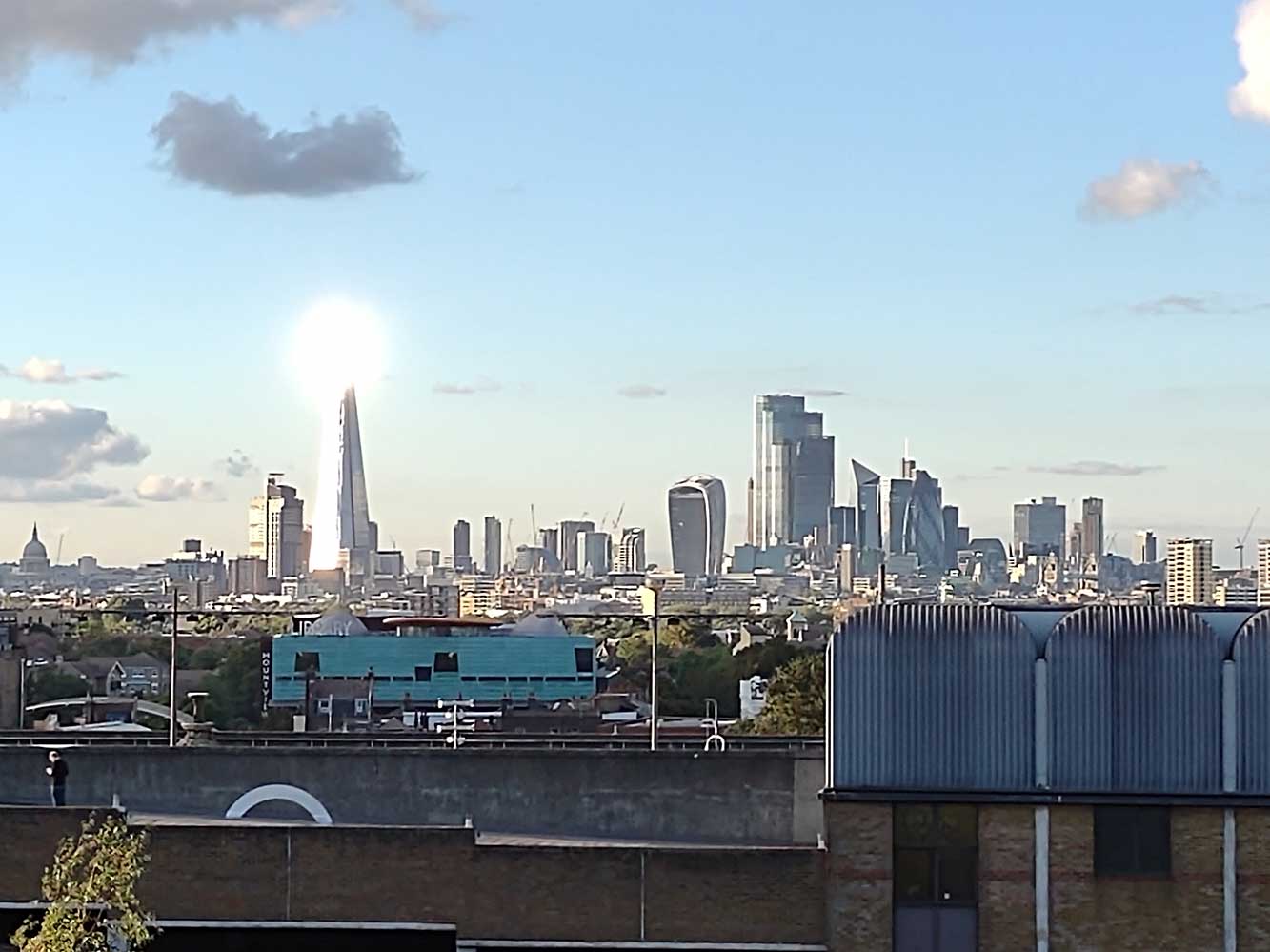 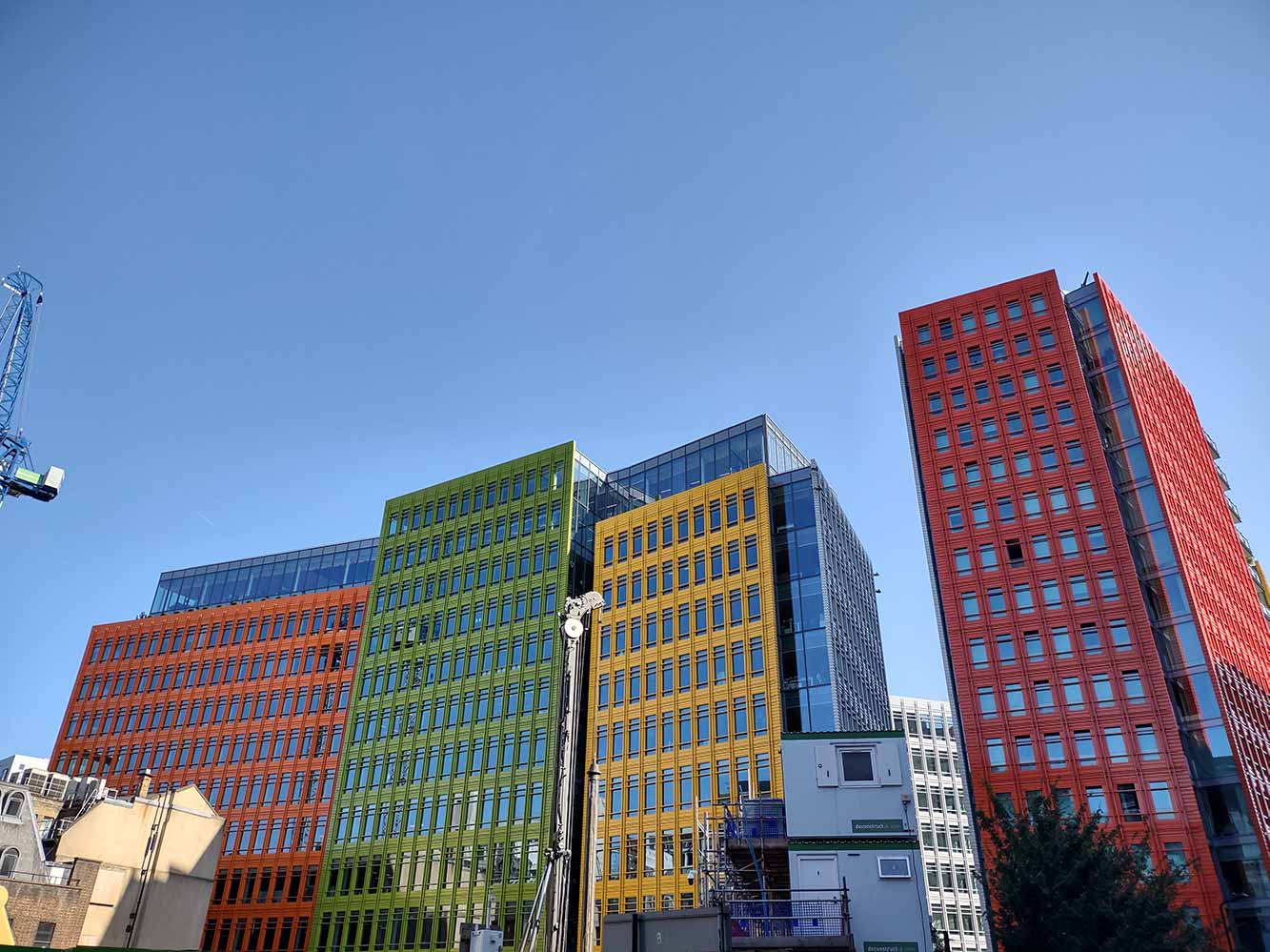 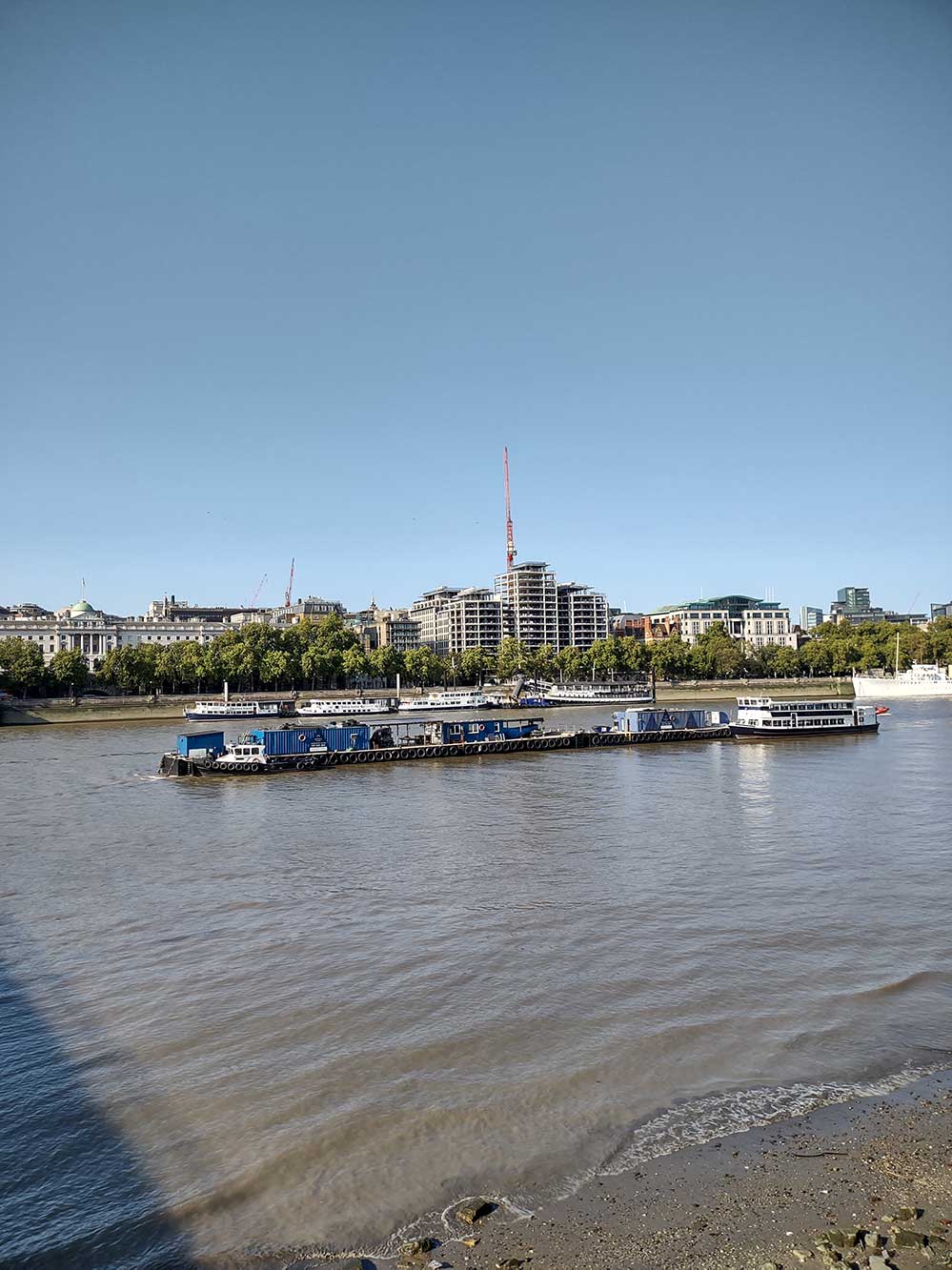 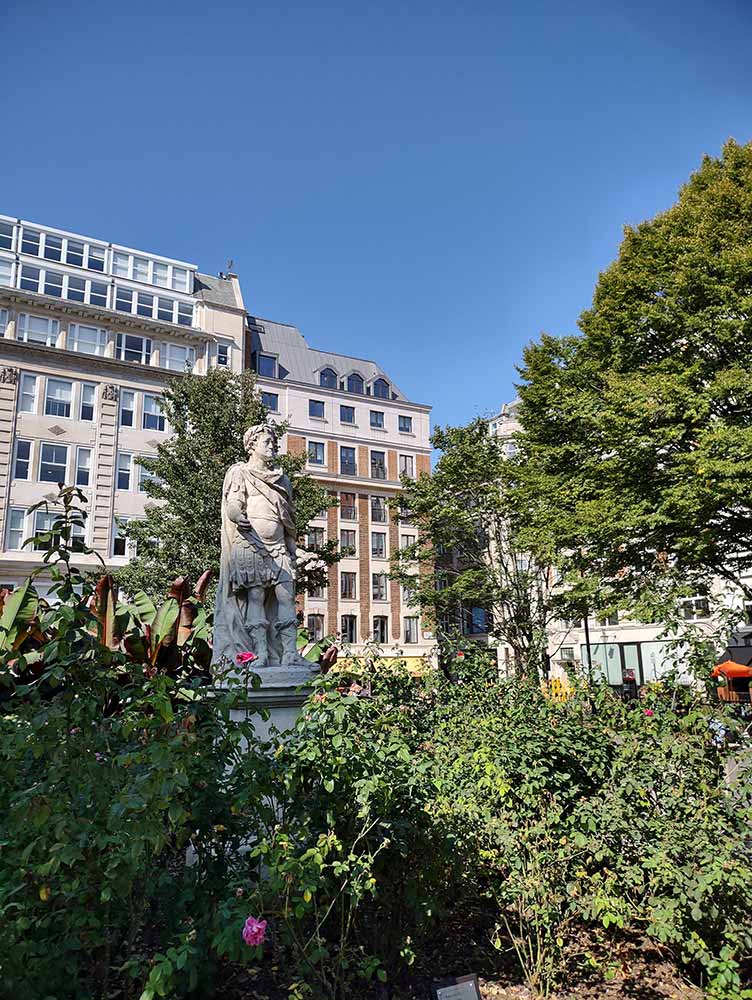 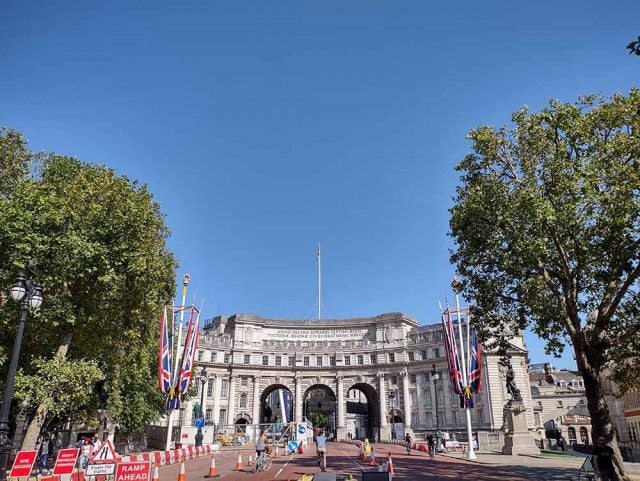 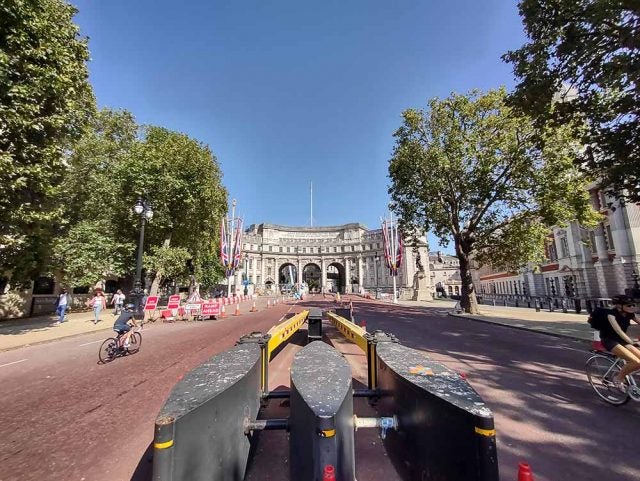 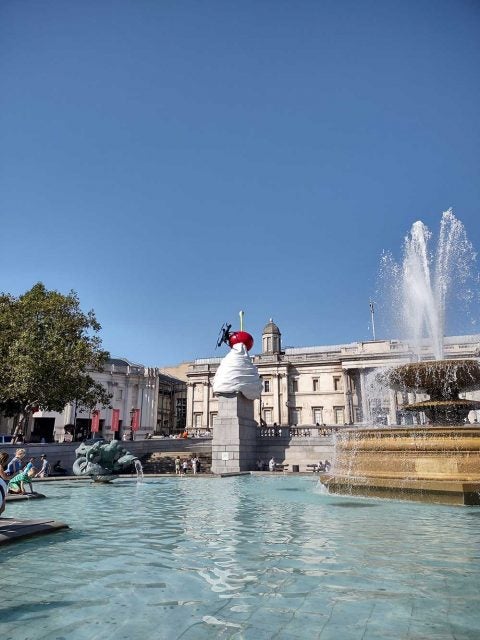 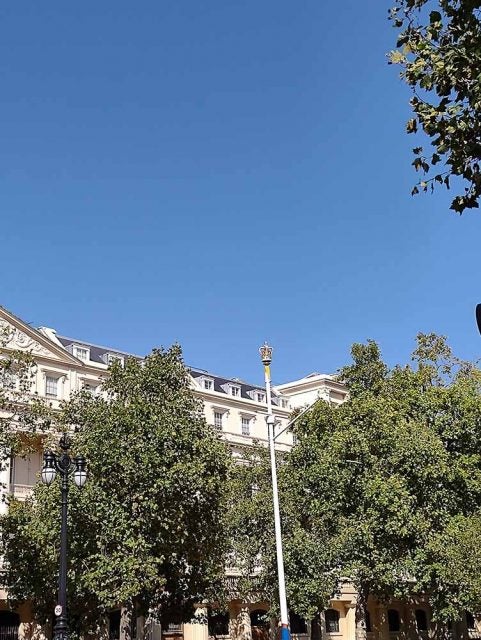 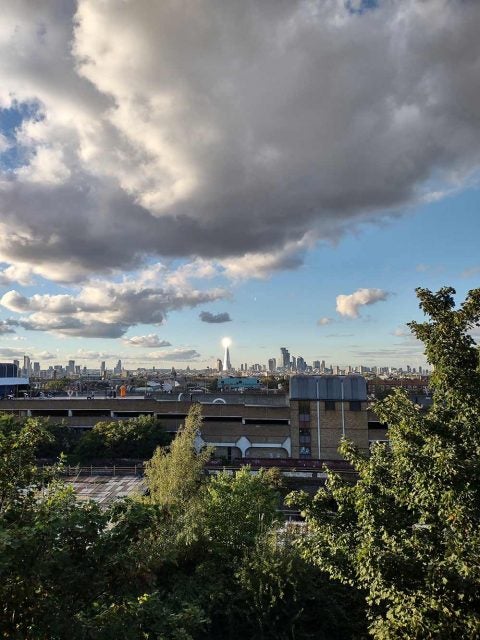 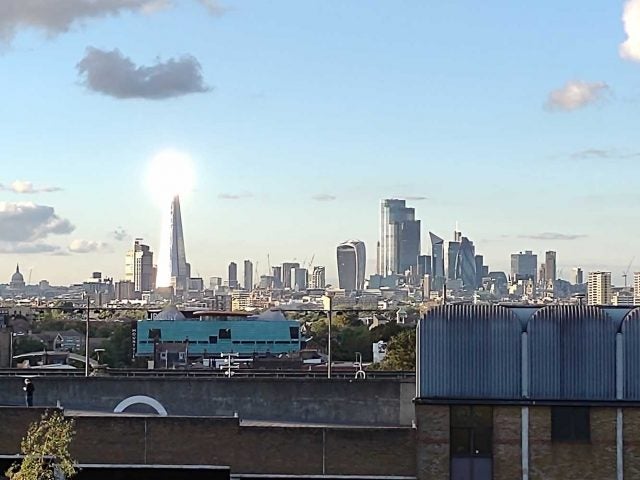 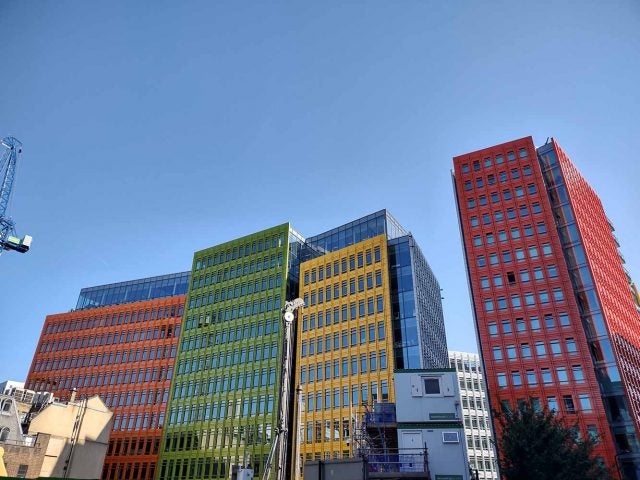 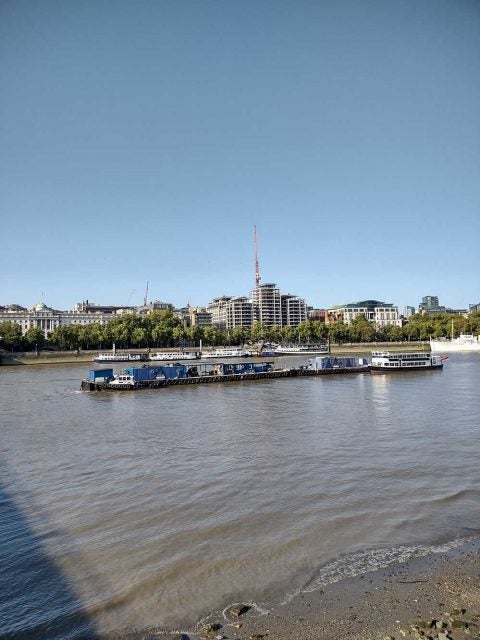 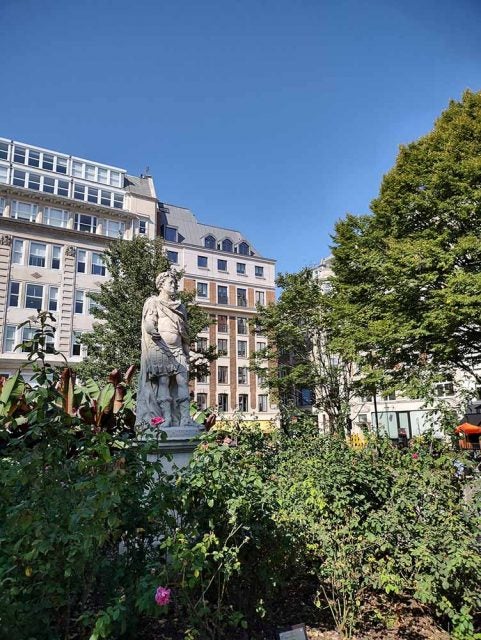 Motorola Moto G 5G Plus Ease of Use

The G 5G Plus, like all Motorola phones, runs a delightfully simple version of Android with few unnecessary tweaks.

There are some Motorola specific features, such as its Moto Actions, which give you nifty ways to open the camera (a karate-chopping motion) or turn on the light (twisting your wrist) while the phone is locked. These are useful but not essential, in our opinion.

When unlocked, you can double tap the fingerprint sensor to open a drawer of quickly accessible apps or shortcuts – taking you directly to composing an email, for example. However, we found ourselves opening the drawer accidentally too many times. 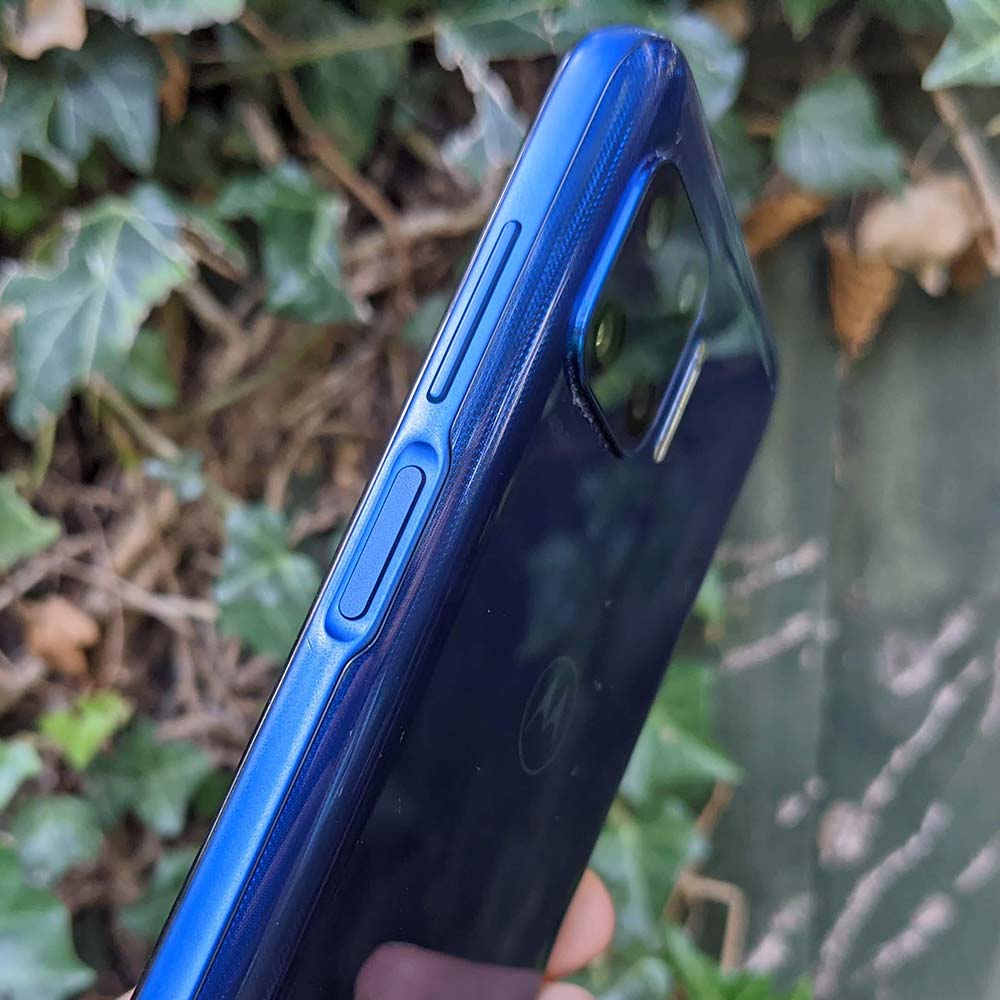 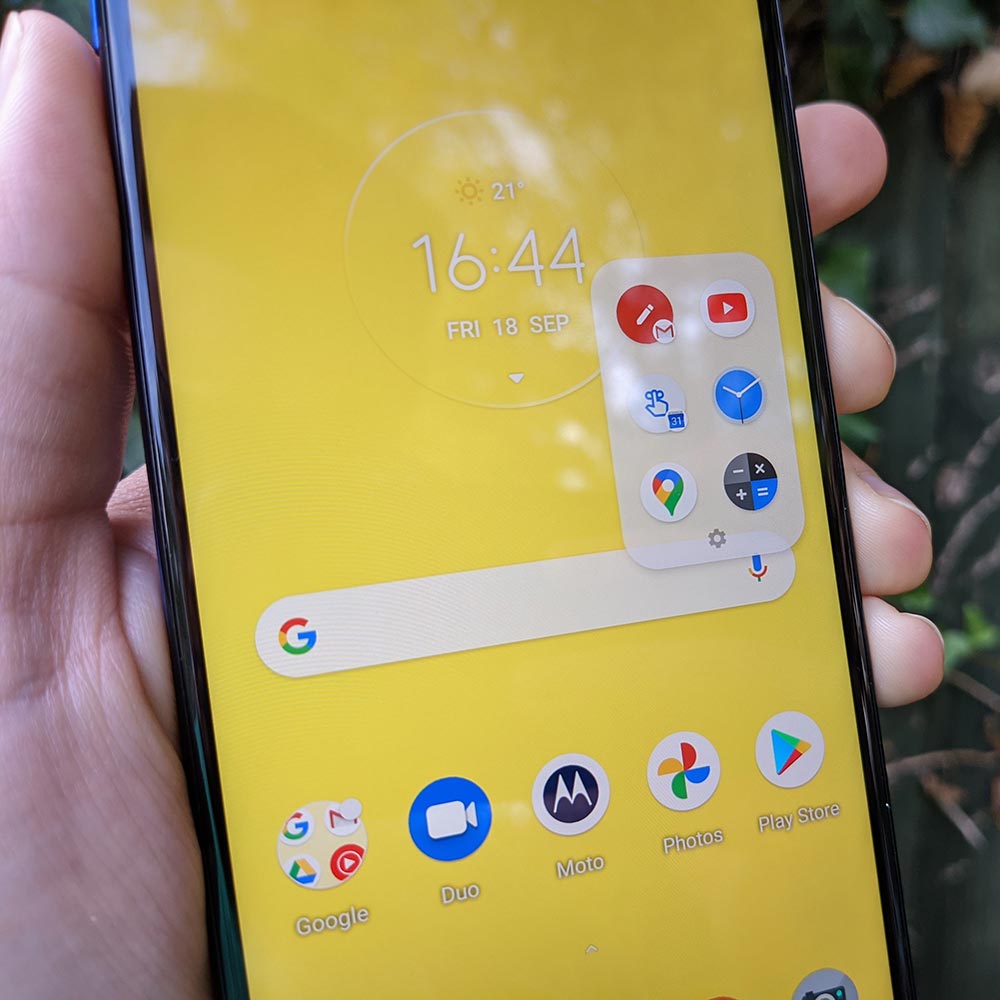 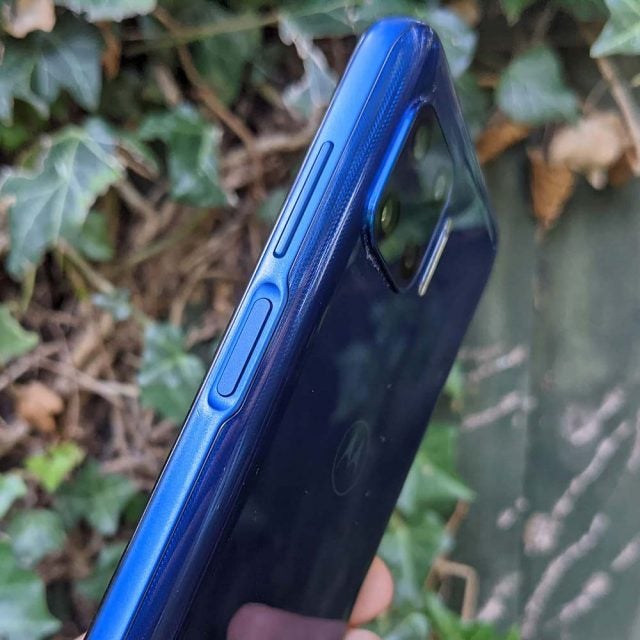 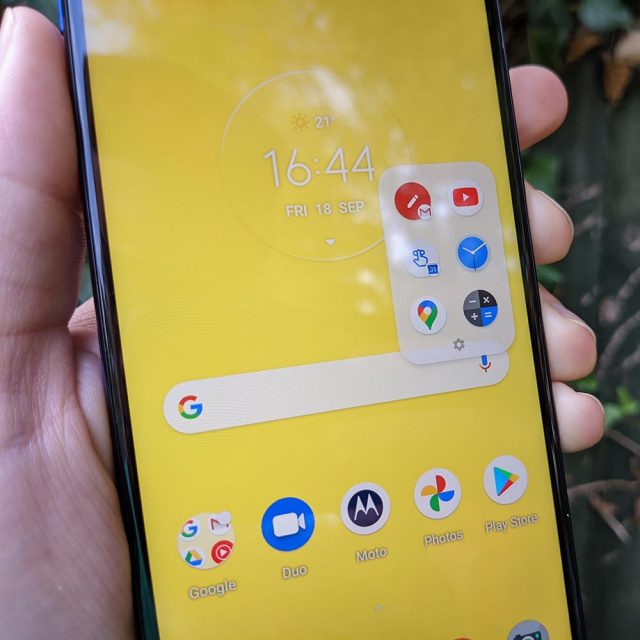 At just under £300, the G 5G Plus is undoubtedly a good value phone. However, with phones such as the Google Pixel 4a coming to market, which costs around $50 less, it’s clear that Motorola has some serious competition.

From our point of view, it’s hard to look past the Pixel 4a when considering a sub-$500 phone. The camera is fantastic, you have guaranteed software updates for years to come, and the simplicity of the Pixel’s design is something to be cherished.

If you’re worried about 5G coverage, you need only wait a while until Google announces the Pixel 4a 5G, which we’ll be sure to review as soon as possible.

It’s a shame to say, but Motorola appears to have been beaten at its own game by Google.

The G 5G Plus isn’t a bad phone. It has some impressive features, such as a super-long battery life, as well as a generally attractive design and Motorola’s clean and simple UI.

However, it has some quirks which would put us off buying one. The side-mounted fingerprint sensor is annoying, the cameras could do with work, and it's pretty hefty. For the moment, at least, it’s one of the cheapest ways to get your hands on a 5G phone – but, until 5G becomes essential, the G 5G Plus’ killer feature seems to be a bit redundant.