This content has not been updated since February 12, 2019. For more recent tech advice for your business, why not try our guide to today's best phone models and brands?

Motorola has replaced its well-regarded and very affordable Moto g6 family of phones with the new Moto g7 series. Despite costing just a few hundred dollars, the g7 phones aim to compete with premium-priced smartphones.

The new phones should cost between $200-$300, despite unashamedly borrowing from the design language of high-end phones with big screens, notches and tiny bezels. The new phones also boast some impressive specs, with the g7 Power offering a three-day battery life. The g7 Plus features dual rear cameras and a 12Mp front shooter.

So, bargain prices and big specs — what’s not to like? We round up all the things you need to know about the new Motorola g7 phones.

Read more about each new phone:

The Moto g7 directly replaces the Moto g6, which was one of our favorite budget smartphones of last year.

It also ditches the bezels around sides of the phone, featuring a teardrop notch (a la OnePlus 6T). It’s still an LCD display, rather than an OLED, but the screen should be decently sharp, with a pixel density of 405 pixels per inch (the iPhone XR’s screen, for reference, runs at 326ppi).

The g7 should also get a noticeable performance bump, with a new Snapdragon 632 processor and 4GB Ram, compared to the Snapdragon 450 and 3GB Ram found on the old g6.

You still get dual rear cameras, with a 12Mp and 5Mp lens and HDR support. Round the front, you get a single 8Mp camera, which gets HDR support as well. The battery is a 3,000mAh unit, which supports fast charging. It also gets face recognition unlocking and features a dedicated MicroSD card slot for store more content.

It’s only available to buy in Mexico and Brazil at the moment, but it will be rolling out to Europe in mid-February and subsequently to the rest of the world, including the US. 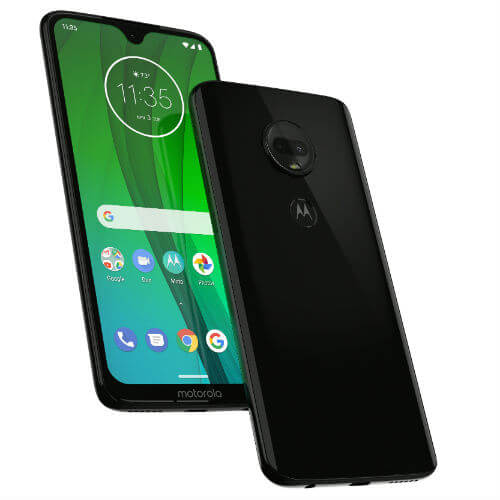 Yes, the g7 is shaping up to be another brilliant budget phone from Motorola. The extra speed should be a boon to mobile gamers, while the new design will make sure your phone doesn’t look behind-the-times.

As we mentioned above, the g7 Plus is the camera-focused model in the g7 family. It features the same screen and teardrop notch as the g7, but has improved camera specs. The dual rear cameras are 16Mp and 5Mp lenses, up to 8x digital zoom and auto HDR.

The g7 Plus also has some extra smarts to make its cameras even better, thanks to its improved AI. For example, the g7 Plus features auto smile capture, which can ensure the picture is only taken when everyone in a group shot is smiling.

It can also make cinemagraphs, which keep a portion of your shot in motion, while freezing everything else. Spot color can allow you to keep a single color or element in a photo in full color while making the rest of the photo monochrome.

It also has portrait mode, a feature found on many high-end phone cameras, which can keep a foreground object in focus while blurring the rest of the background. And, as it (like all the other g7s ) runs Android 9 Pie out of the box, you have access to Google Lens and free, unlimited photo storage with Google Photos.

It's an impressive phone, especially given how cheap it is — just $340.

Read our full Moto g7 Plus review to find out more 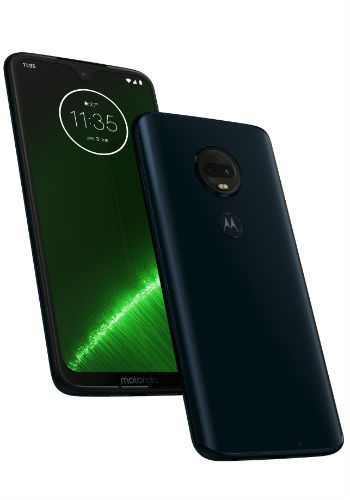 The g7 Power, like the regular g7 and g7 Plus, features a 6.2-inch LED display. However, it has a lower resolution than the other two phones, at 720×1570. Plus, the teardrop notch is gone and replaced with more iPhone-style cut out notch.

The g7 Power also features a 3.5mm headphone jack, and only offers a single rear camera. It does without the glass back found on the g7 and g7 Plus, opting for a cheaper plastic back. As a result, it costs just $249.

If all you care about is battery life, the Moto g7 Power is a great choice. But in our experience, it does struggle in some areas. 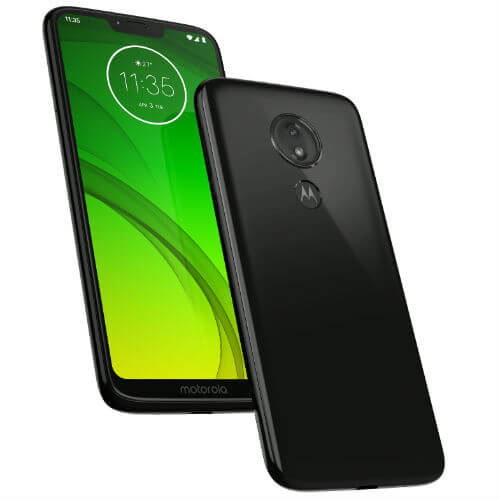 Tricky one, this. Most people can get along just fine with a smartphone battery that’ll last them a day or so, but if you really need something more, then the g7 Power would be a good fit.

If you don’t need a super-long battery life, we’d get the g7, with its more premium feel.

The g7 Play is really the baby of the g7 family, costing just $199, and featuring a smaller screen.

Rather than the 6.2-inch display in the other g7 phones, the g7 Play uses a 5.7-inch LCD screen, with a 19:9 aspect ratio and 1512×720 pixel resolution. You should see a slight drop in image quality, with individual pixels being slightly more noticeable, compared to the other phones.

However, you still get the same Snapdragon 632 processor, although with just 2GB of Ram compared to the 3GB and 4GB offered in the other g7 phones. However, even with this lower Ram figure, Motorola claims that the g7 Play should be about 60% faster than the g6 Play.

The g7 Play still retains the premium, iPhone-like notched display found on the g7 Power, although you also have to make do with a full plastic body.

The battery remains at 3,000mAh and you still get face unlock and a fingerprint reader, both surprising additions for a phone this cheap.

The g7 Play is a cheap phone, so don't expect it to be an ideal replacement for your Samsung Galaxy S phone or iPhone. However, if you want a phone that just gets the job done, then it's a solid pick. 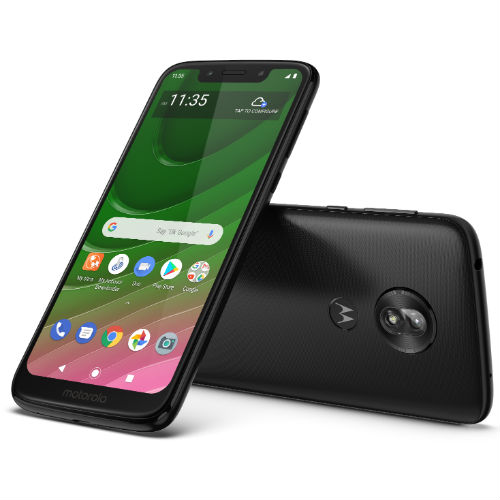 While it is tempting to pick up the g7 Play for it’s remarkably low price, we’d still opt for the g7 as its only $100 more and features a sharper screen with better performance.

Are there any other good sub-$300 phones?

There certainly are. While Motorola has been offering some pretty strong phones in this market segment for a while, it’s definitely not alone.

For example, the Nokia 6.1 costs $269 features a 5.5-inch Full HD display and runs a skin-free version of Android called Android One. And Motorola has competition from within its own ranks as well, with the E5 Plus costing $225 and a huge 5,000mAh battery, just like the G7 Power.

While this g7 family of phones is likely to lead the way for budget phones in 2020, it’s definitely feeling its age.