Nokia 5.3 Review
A surprsingly good phone given the price
3.5
In Short

The Nokia 5.3 might only cost $199, but you wouldn’t know it. It’s got style, impressive cameras, and a surprisingly good screen. What’s more, it's guaranteed to receive Android 11 and Android 12 once they’re released, thanks to its Android One skin.

But it isn’t without some problems. The Nokia 5.3 is a pretty sluggish phone, and it has some design quirks which can quickly turn from irritant to infuriating.

The Nokia 5.3 is an impressive phone – particularly given its extremely low price tag. At $199, one would be forgiven for thinking the 5.3 would be a low-quality phone, with flaws too big to brush aside. In fact, given our previous experience with the Nokia 3.2, we expected a disappointment ourselves.

But, while the 3.2 was rendered almost useless by its lack of storage and its lethargic processor, the 5.3 is a phone that we would easily recommend to someone looking for a good cheap phone. Motorola’s G8 series should be worried…

So, is the Nokia 5.3 the right phone for you? Let’s take a closer look.

The Nokia 5.3 has a 6.55-inch LCD display with a 720×1600 pixel resolution. While it isn’t a Full HD display, the quality is surprisingly good. It has a decent level of contrast, and it doesn’t look too pixel-y when displaying videos. However, like most LCD displays, it struggles in direct sunlight.

Away from the screen, the overall design is stylish, and the phone is built well. Very few people believed us when we told them that the 5.3 cost less than $200. We’d rather it didn’t have “Nokia” scrawled below the screen, but sadly, you can’t have it all.

The 5.3 comes with a headphone jack, space for a micro SD card, and a USB-C port. The port in particular isn’t something we always see at this price point. It also has a rear-mounted fingerprint sensor, which is snappy and easy to reach. However, we did find that the 5.3’s fingerprint sensor could be activated while it was in our pocket. Naturally, the phone didn’t unlock, but we did have to re-enter our passcode almost every time we took it out – which almost defeated the point of having the fingerprint sensor.

Oddly, the Nokia 5.3 has some of the worst speakers we’ve ever seen, or rather heard, on a phone. It has a single, downward-firing speaker that is poor, to say the least. It doesn’t get loud enough and, even at full volume, there’s precious little clarity or bass to the sound it produces. At lower volumes, however, the 5.3’s speaker sounds like it’s actually underwater. The sound is muffled and becomes hard to hear – particularly if you’re listening to speech. The 5.3 does come with some headphones but, to be honest, you’re better off bringing your own. 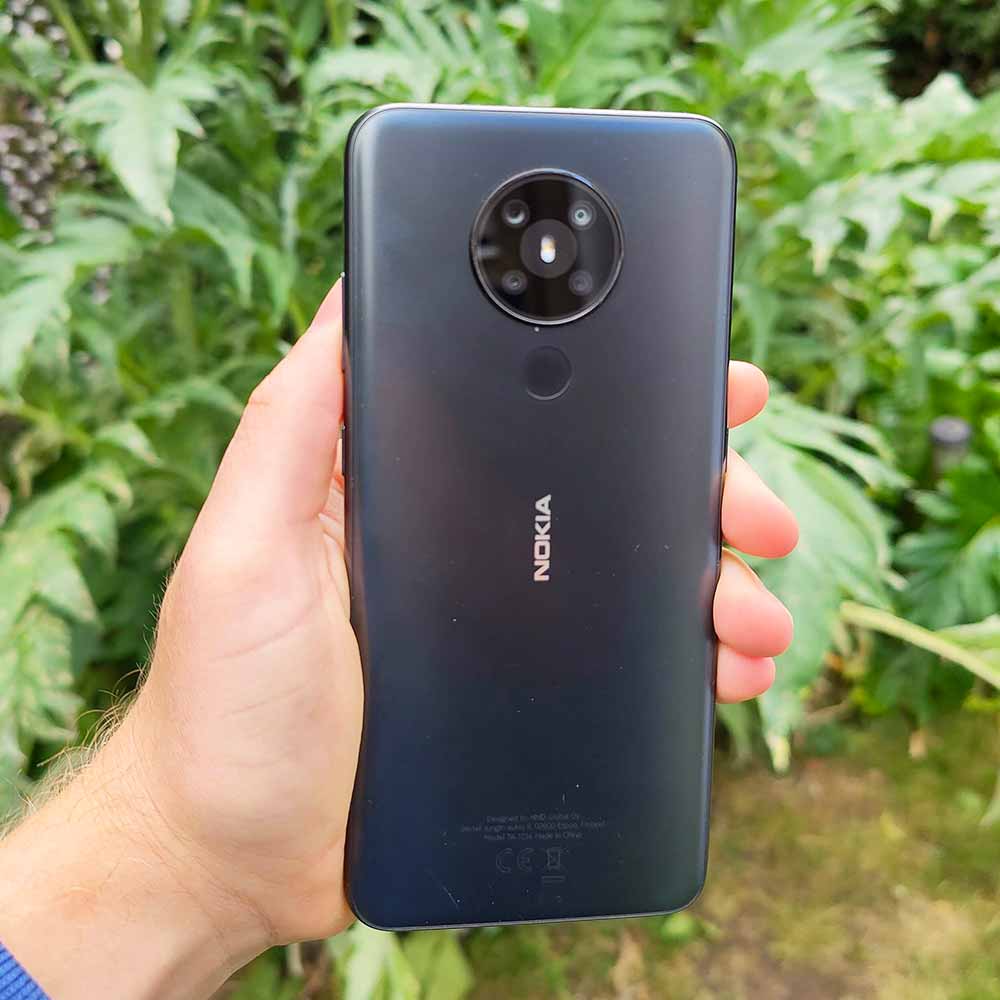 While the 5.3’s overall design and build quality are strong, we can’t say the same about its performance.

The 5.3 comes with a Qualcomm Snapdragon 665 processor which, while it isn’t the fastest processor on the market, isn’t the slowest either. However, we found the phone to be surprisingly slow when opening and switching between apps – especially so when we had its facial recognition authentication turned on.

You might be able to remedy the situation slightly, as the 5.3 can be purchased in three different RAM combinations. There’s a 3GB version – which is probably best avoided – while our review sample had 4GB of RAM. There’s also a 6GB model, which is probably the pick of the bunch.

The 5.3 has a 4,000 mAh battery – more than sufficient for a phone with a low powered processor and screen.

Nokia promises a two-day battery life, and we were able to hit that without much stress. Of course, at the time of reviewing, we’re stuck inside due to coronavirus lockdown, so that number might change when (if?) we go back to normal. When it comes to screen time, we were able to get around 8-9 hours on a single charge, which is impressive. 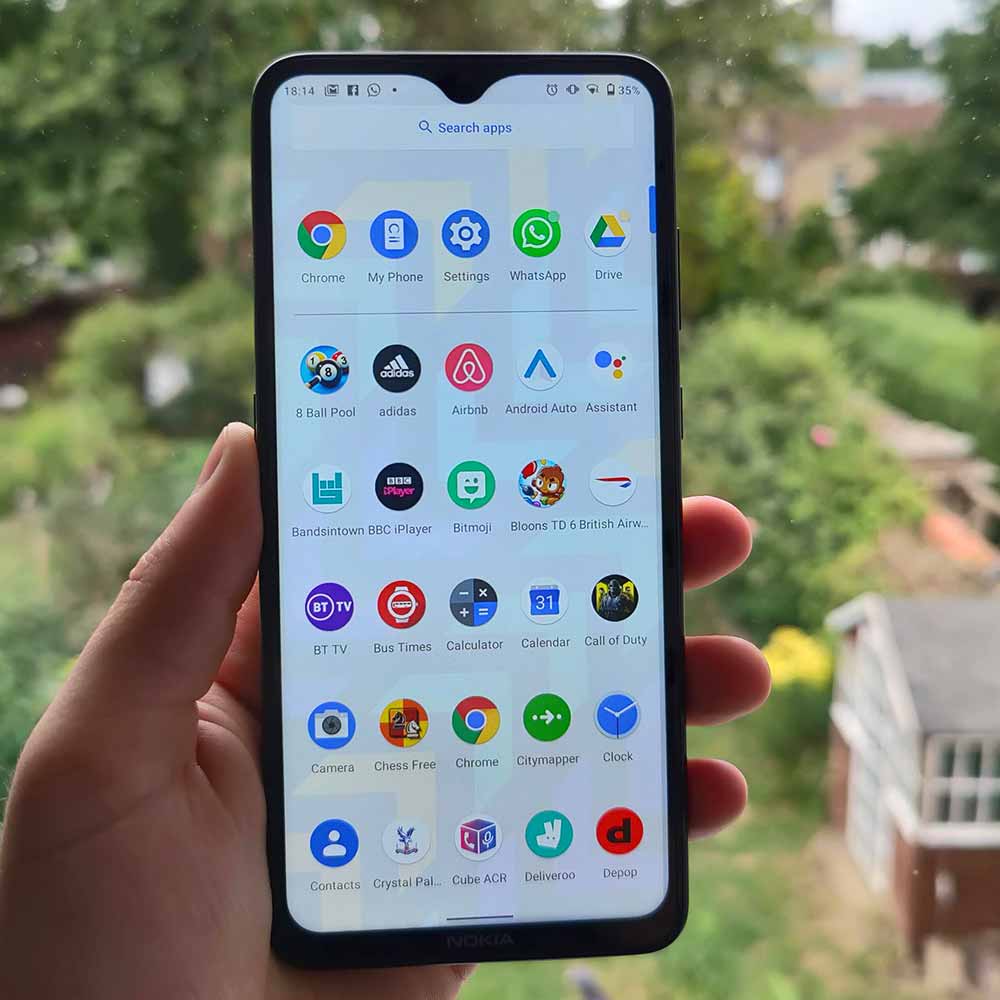 The Nokia 5.3’s cameras were a real surprise for us. Now, they’re not going to challenge phones like the Google Pixel 4 or Oppo Find X2 Pro. But for a phone that costs $199, the Nokia 5.3 takes some very decent photos.

The 5.3 has four rear lenses which, considering the price tag, is pretty remarkable. It has a 13Mp wide-angle lens, a 5Mp ultrawide-angle lens, a 2Mp depth sensor, and a 2Mp macro lens for extreme closeups. The 13Mp lens takes pretty good photos, although it does sometimes have issues with contrast – it struggles to differentiate between similar colors, which can make the images look a bit soft. Still, the images are great for a phone this cheap.

The ultrawide-angle lens, however, leaves everything looking a little undersaturated and washed out. It also brings some noise into the photos. The detail, however, is pretty good. The depth sensor works OK, it’s able to blur the background of photos well enough, but sometimes it will fail to differentiate completely between the fore and rear ground in some shots.

The video quality is also OK. It has a hard time swapping between points of focus in different lighting conditions, and there can be some pixel-tearing on occasion.

For the price, the Nokia 5.3 is a very passable camera phone, and a worthy challenger to many of Motorola’s cheaper phones. 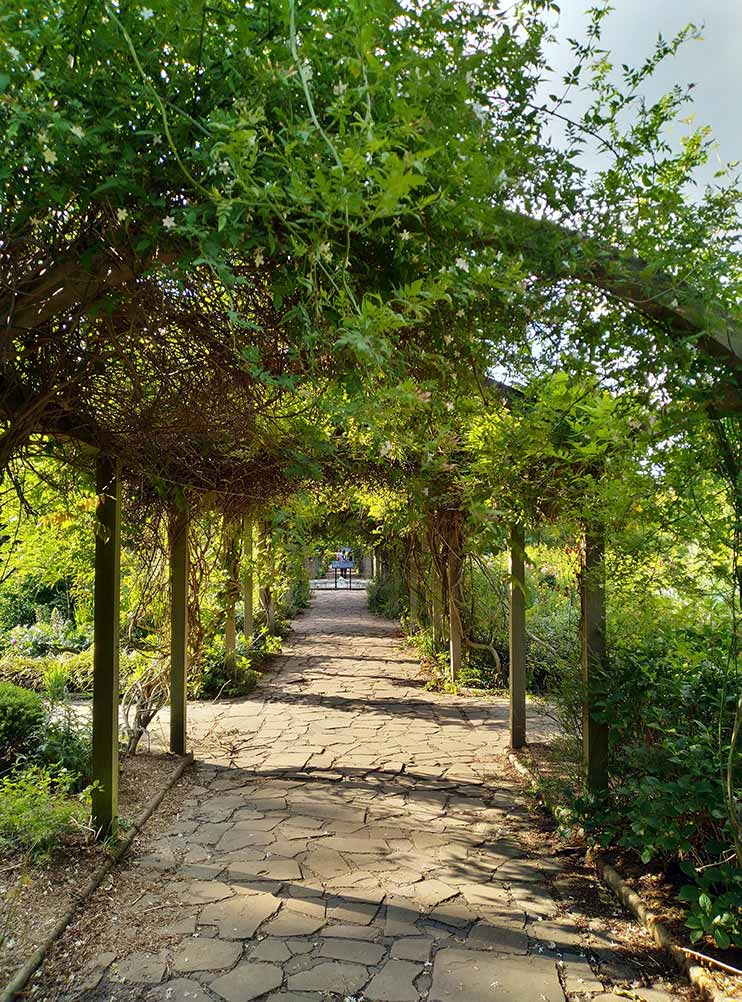 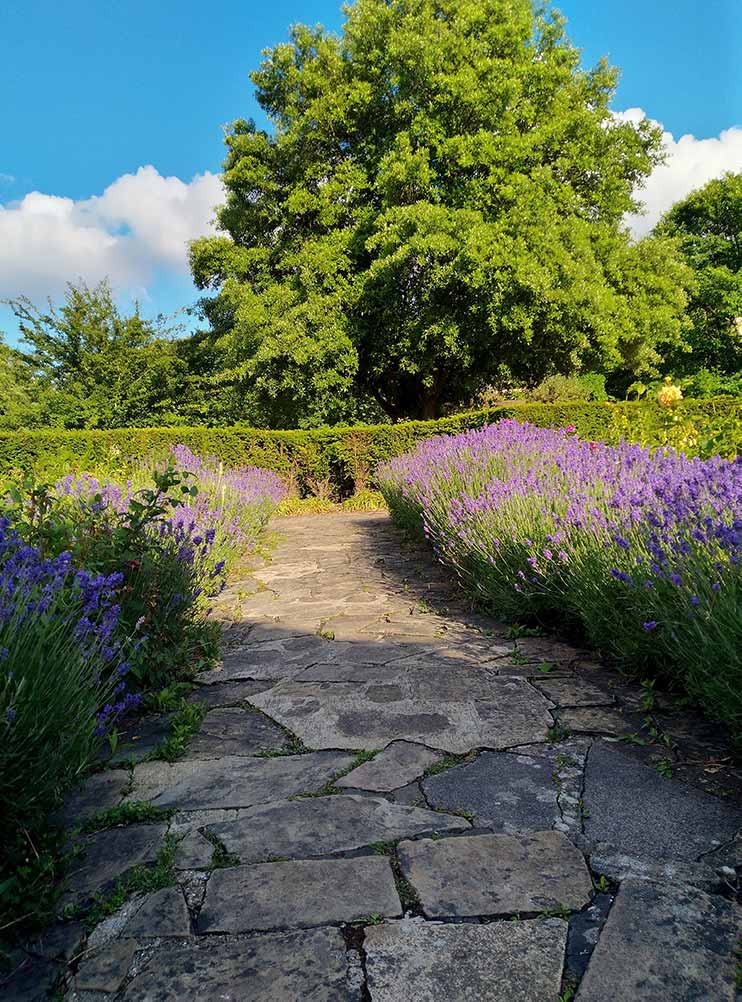 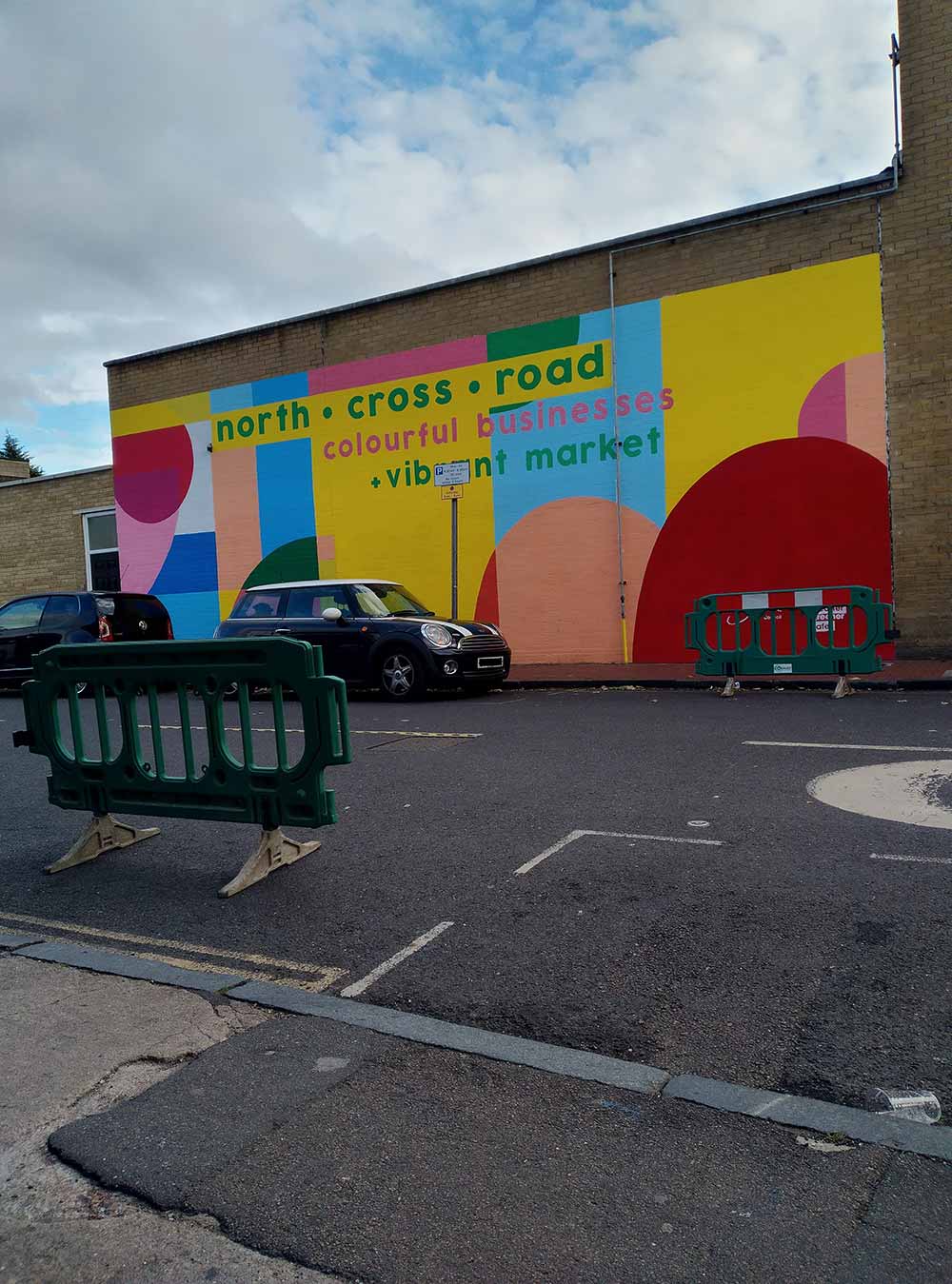 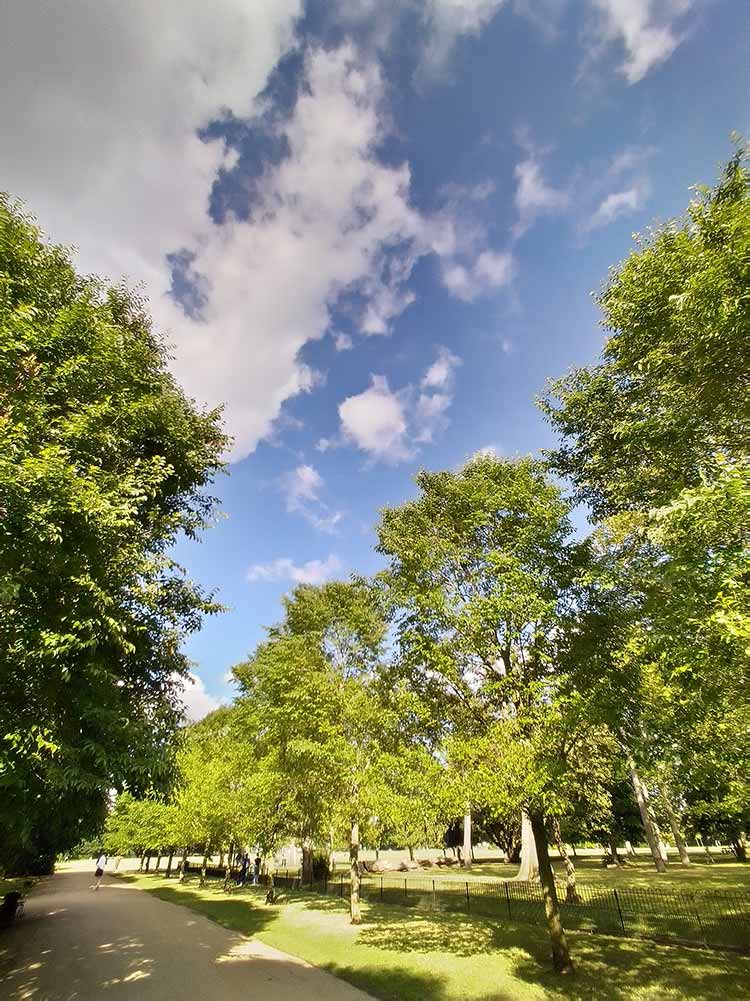 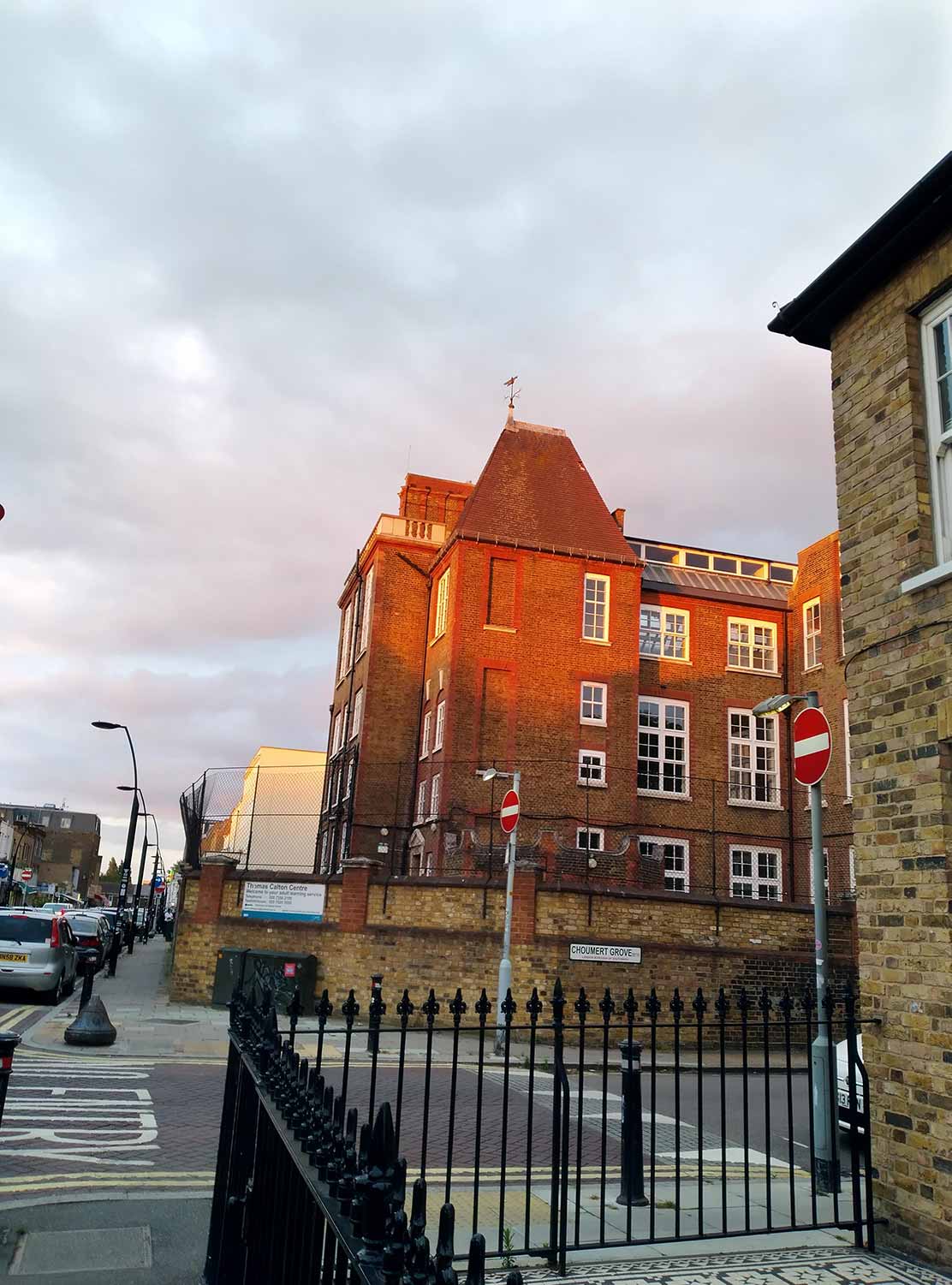 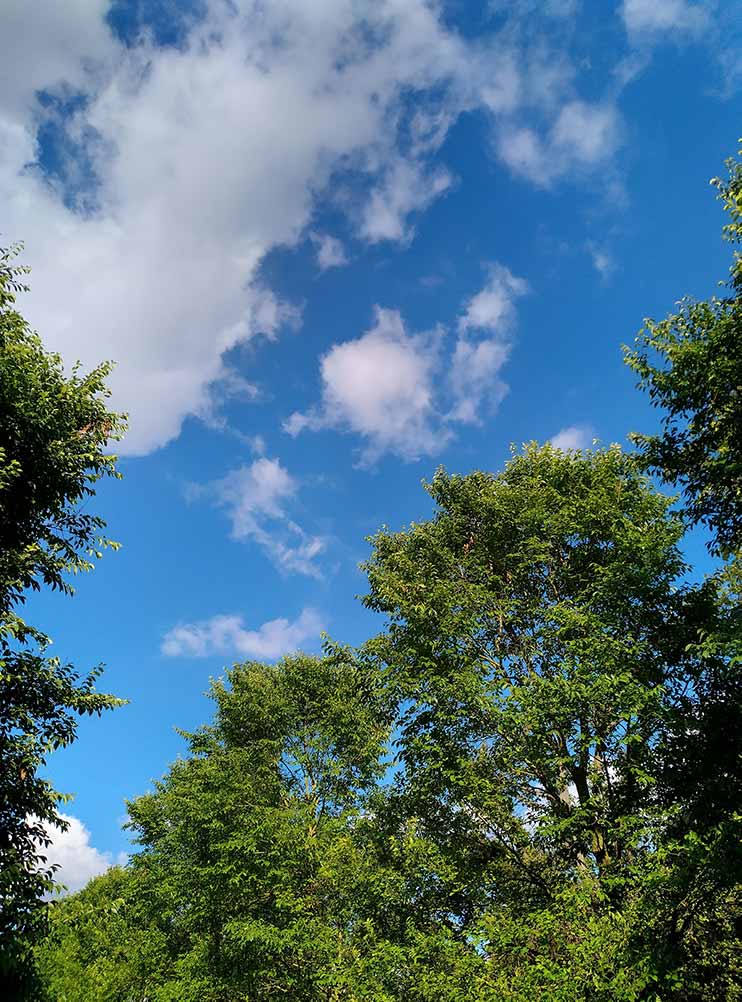 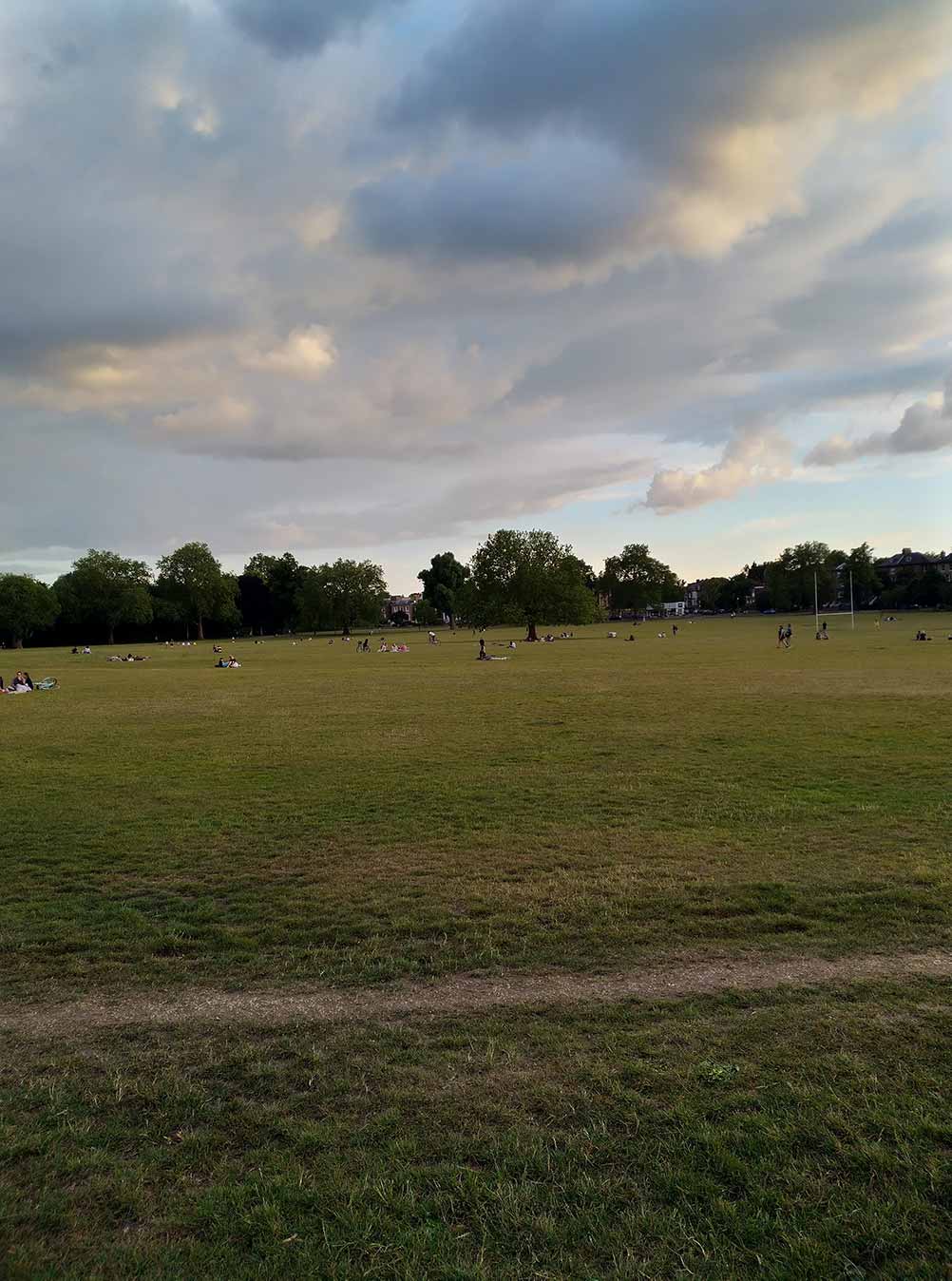 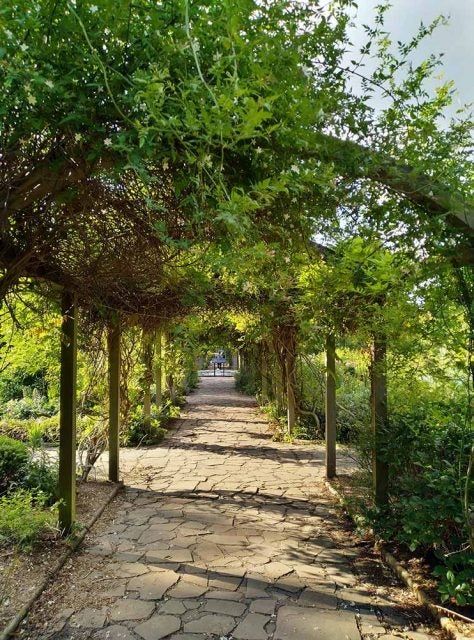 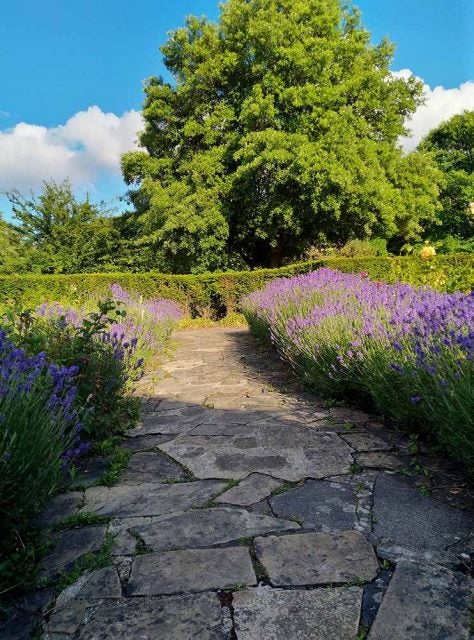 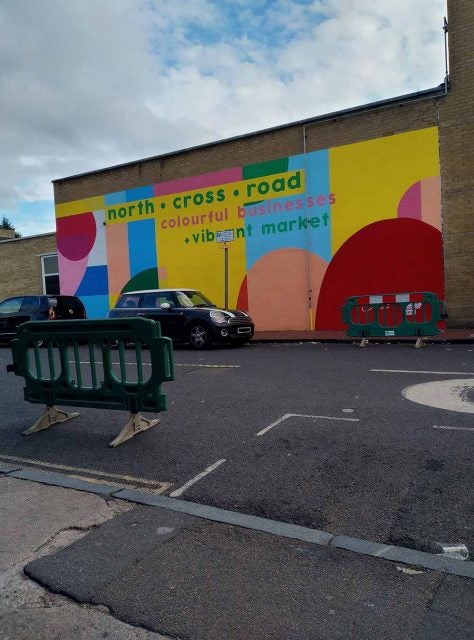 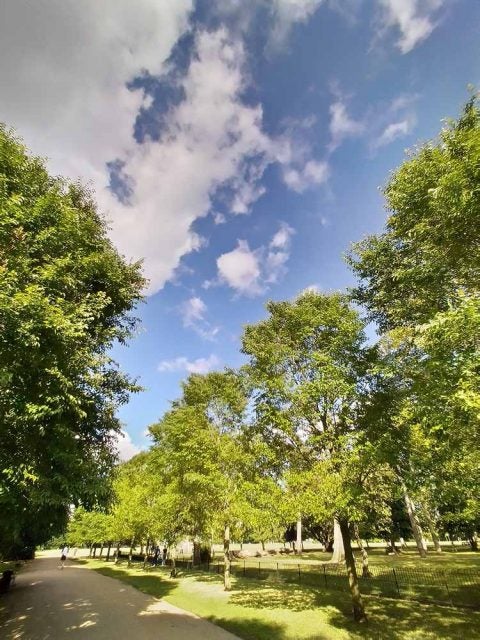 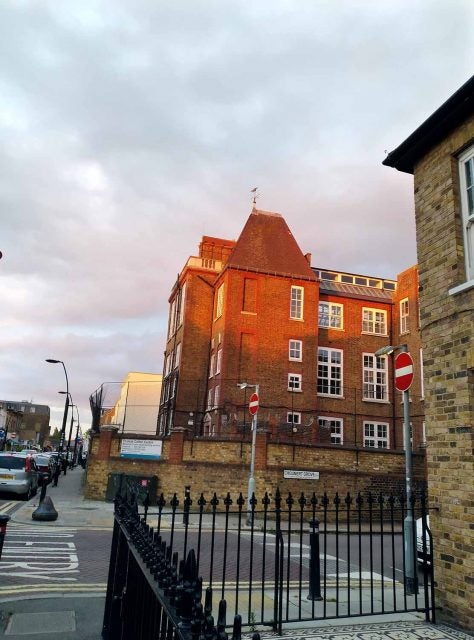 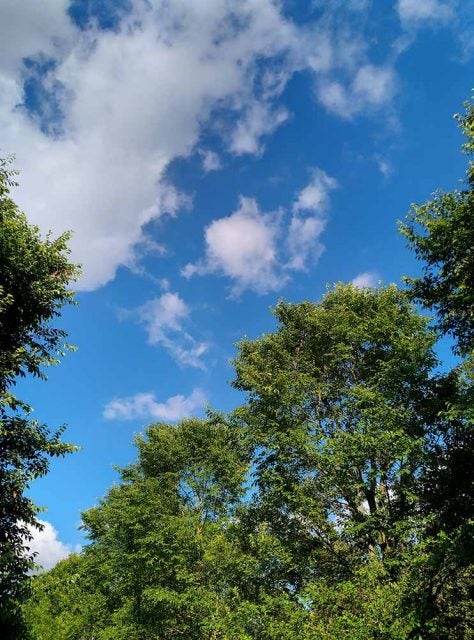 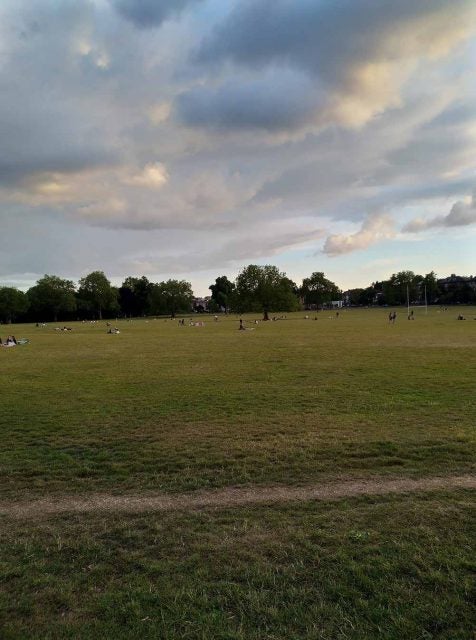 The Nokia 5.3’s 6.55-inch display might sound large but, in hand, it feels deceptively small. It doesn’t weigh a lot either, given its all-plastic construction.

Nokia’s Android skin is refreshingly simple, giving you no real bloatware or duplicate apps. It’s also worth noting that the 5.3 is an Android One phone, which means that it's guaranteed to receive Android 11 and Android 12 when they release – this might sound incidental if you’re used to iPhones, but getting this commitment to updates on an Android phone this cheap is a really welcome surprise.

Sadly, it’s not all good news. Nokia has chosen to add a Google Assistant button to the side of the 5.3 – and this feels totally unnecessary. What’s more, it’s exactly the same size and shape as the power/lock button, making it all too easy to accidentally press. 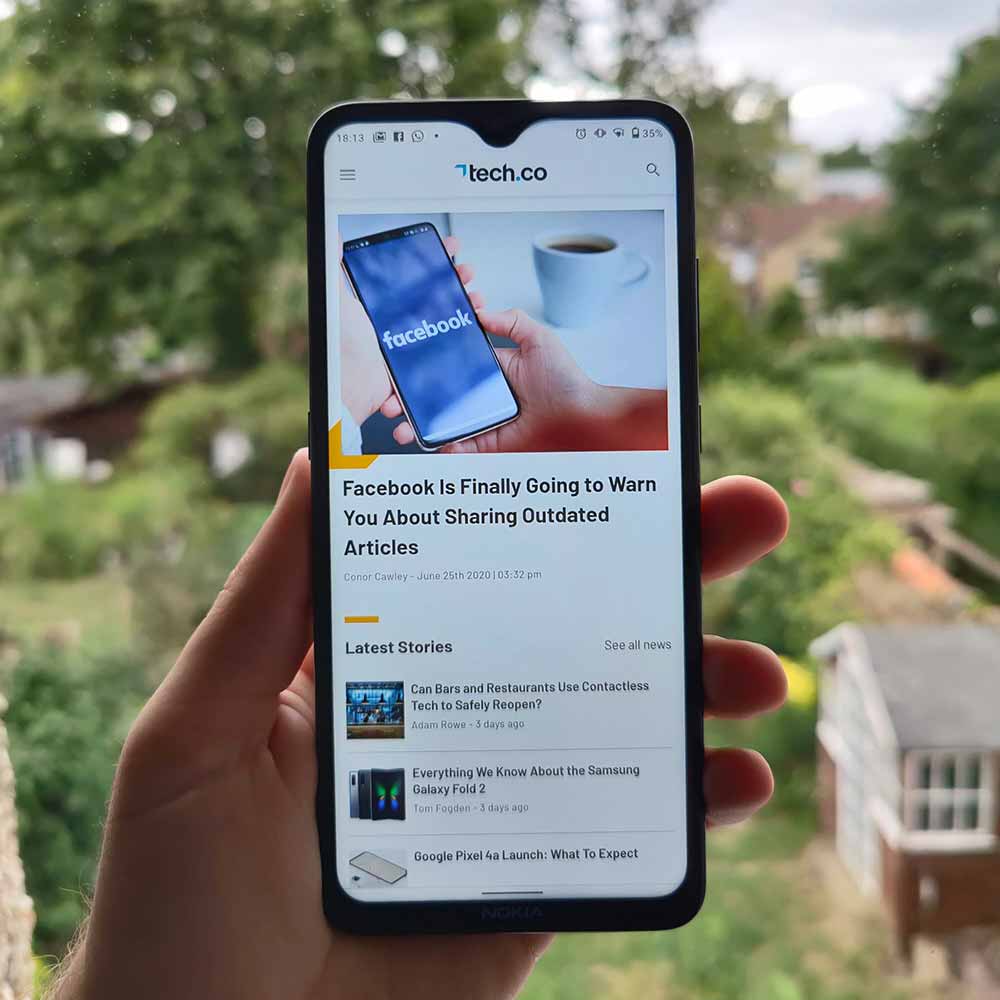 Nokia 5.3 Cost and Value for Money

We’ve mentioned the 5.3’s $199 price tag a few times in this review and, frankly, there aren’t many phones that can compete with it for price.

Except, of course, for the Motorola Moto G8. The G8 is one of our favorite cheap phones on sale at the moment, and for good reason. It has a decent screen, decent cameras, and decent performance.

In fact, there’s precious little to choose between the two phones. However, we did think the G8 was slightly faster than the 5.3. But the Nokia is an Android One phone, meaning that you’ll be able to hang onto it for longer. On balance, we’d probably choose the Motorola, but we’d be more than happy with either phone.

The Nokia 5.3 is a very impressive phone for the price. In fact, it’s easily one of our favorite cheap phones on sale at the moment.

It does have some flaws, such as its sluggish performance and poor speakers, but at this price, most phones do. Still, despite its flaws, it’s a phone that most people would be very happy to live with – and even happier when they see the price.