This content has not been updated since January 2021. For more recent tech advice for your business, have a look at our roundup of the best phones of 2021.

Red Magic Nubia 5S
A phone with a singular focus on gaming
3.5
In Short

The RedMagic 5S is a phone designed with a sole focus on gaming — everything from its screen tech to its haptic shoulder-mounted triggers, to its built-in cooling fans is focused on handheld gaming first and foremost.

However, while it excels as a phone to play games on, it can’t replicate that same success when it comes to its cameras, battery life, or its software. The RedMagic 5S is a decent option if you’re shopping in this niche area of the market.

The Nubia RedMagic 5S isn’t precisely an upgrade on the RedMagic 5G that we’ve previously reviewed — it’s more like an update.

The 5S now has the slightly faster UFS 3.1 storage, compared to the 5G’s UFS 3.0 storage. You can now record video at 8K resolution with 30 frames-per-second, compared to just 15fps on the 5G. And, thankfully, the rather gauche RGB light panel on the 5G’s rear case has been replaced with a more refined silver strip.

That strip is, actual, real silver, as well — apparently it conducts heat better than glass — and is likely the reason why the 5S costs $10 more than the 5G.

But, while the 5S has provided some upgrades over the 5G, they’re not really enough to sway our view on the phone’s overall merit — it’s an interesting, unusual phone that, sadly, has too many quirks for us to wholeheartedly recommend.

Still, let’s dive under the hood and take a closer look at the 5S.

The 5S isn’t a typical phone — especially when it comes to its design. If you choose to use this as your main phone everyone will know, as soon as you pull it out of your pocket, that you are very much a gamer. That might be a good thing, it might not be. 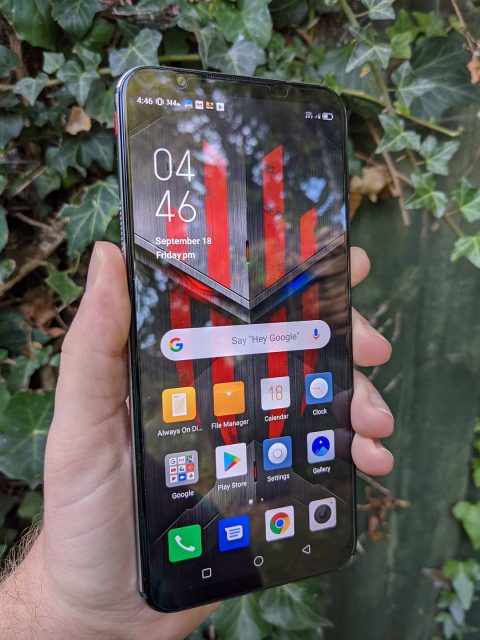 But the 5S is very thick — at 9.8mm, it’s more than 2mm deeper than the latest iPhone 12, and 1.6mm deeper than the Pixel 4a. Of course, the 5S does contain a dedicated cooling fan (which the other two absolutely do not) but it makes the phone feel very big in your hand and quite unsuited to one-handed use.

Aside from the thickness, you’ll find that the RedMagic 5S is a heavy phone, tipping the scales at a whopping 220 grams. That’s more than the hefty Oppo Find X2 Pro, though it isn’t as heavy as the Lenovo Legion Duel — the first gaming phone from the manufacturer.

Round the back, you’ll find the 5G’s garish design has been pared back slightly. Our review sample “Sonic Silver” finish looked great with the mid-mounted silver cooling plate. The 5S is also available in a more muted “Eclipse Black” and the two-tone “Pulse” which features one red half and one blue half. We’d probably opt for the Sonic Silver finish. The RGB light cluster is gone as well. It was fun, but the constant flashing when you receive a notification grates very quickly. 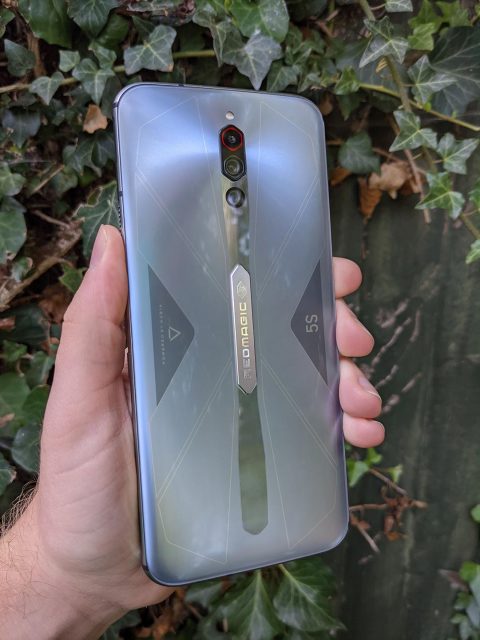 As a result, it powers through tasks and multitasking is effortless. But, of course, all that power is designed to give you exceptional gaming performance, not to help you accomplish boring work tasks.

So, how is it for gaming? Again, it’s effortless. You can easily run games such as PUBG Mobile on their very highest settings without any issues. The phone’s built-in fan and heat-conducting silver strip help mitigate overheating issues, as well.

What’s more, RedMagic will sell you a $40 accessory called the “Ice Dock.” It’s essentially an external fan which plugs into your phone’s USB-C charging port and clips onto the rear case. It helps to draw away warm air from the back of the phone whilst also funnelling cold air onto the back.

The Ice Dock also works as a pass-through charger, allowing you to keep your phone topped up while gaming and features a headphone port, so your hands are unencumbered by pesky wires.

But does it actually work? Well, yes — after a few games of PUBG Mobile, we pulled off the Ice Dock to find actual condensation on the phone’s rear case — the fan was so effective that the warm humid air cooled down into a liquid while we were gaming.

Of course, whether you want to have liquid droplets forming on the back of your $579 gaming phone with a built-in fan is another matter. But, it is nice to see that the Ice Dock isn’t just a gimmick.

However, while the performance is almost unmatched, the battery life leaves a bit to be desired. The 5S does have a 4,5000 mAh battery, which isn’t small by any measure, but it doesn’t really stand up to the demands placed on it by the 144Hz screen, powerful processor, and excessive RAM figures.

We could make it to the end of a day with the 5S but it wasn’t always easy. Some software optimization might help its cause but, really, with great power comes great battery drain.

Buy it from Amazon

The RedMagic 5S has three rear cameras: a 64Mp main lens, an 8Mp ultrawide lens, and a 2Mp macro lens.

Frankly, we weren’t expecting a lot from the 5S as the 5G we’d previously tested left quite a lot to be desired. However, the 5S’ camera performance took us by surprise. Images from the main lens are typically sharp, though the images are pretty oversaturated.

But, when you start zooming in, you’ll find that textures can become a bit soft. You’ll also find that the ultrawide lens has a fair amount of blue-shift and looks quite fish-eyed. That’s if you can find the ultrawide lens at all. Oddly, you can only access it in the “Pro” photo mode rather than from the main camera mode.

The 5S also offers loads of extra camera modes ranging from a lightdraw effect, which outlines all the edges in your photo with red lines, to a “phantom” video mode which seems to make everything blurry. These, in our opinion, are probably best avoided. 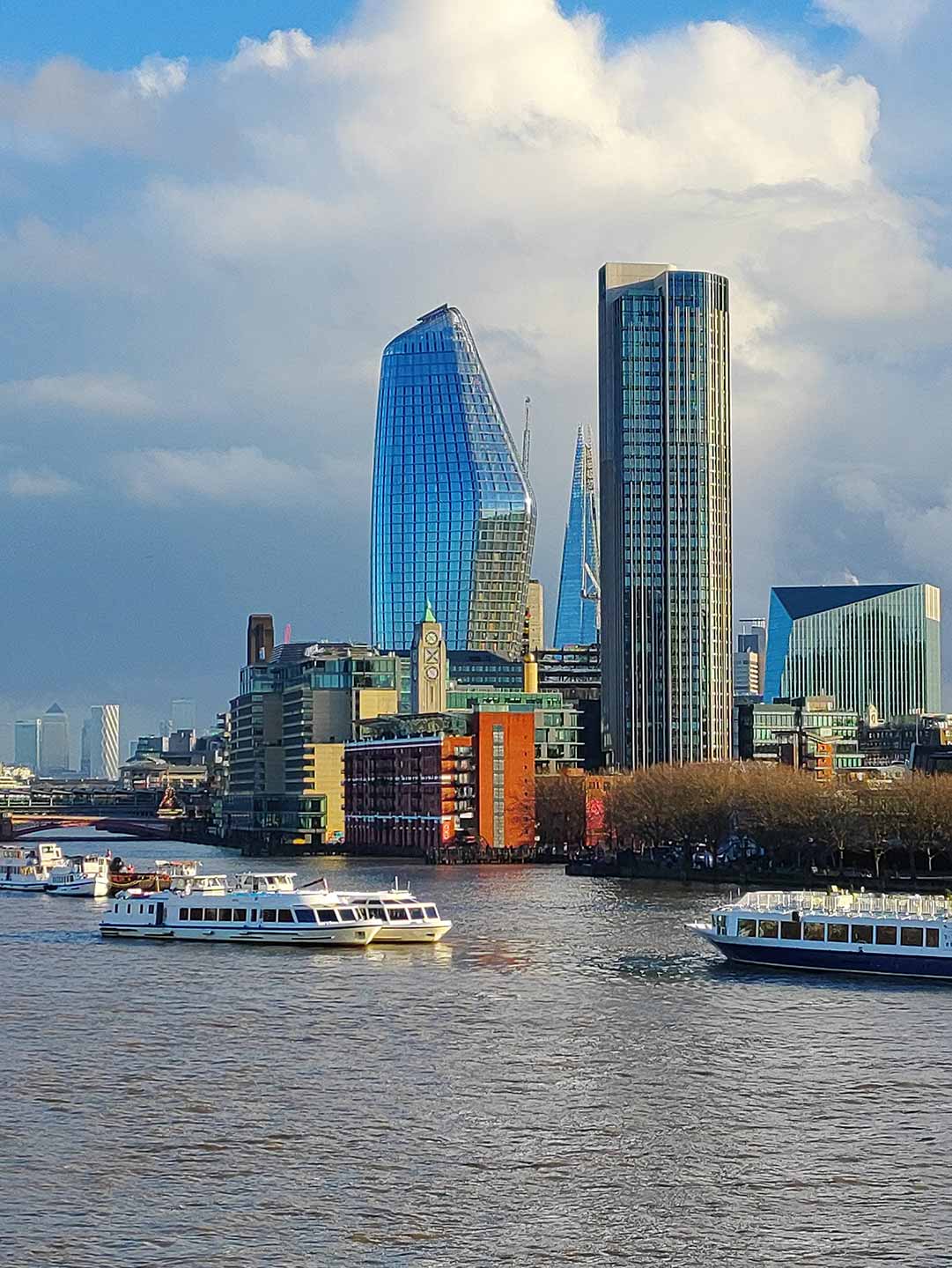 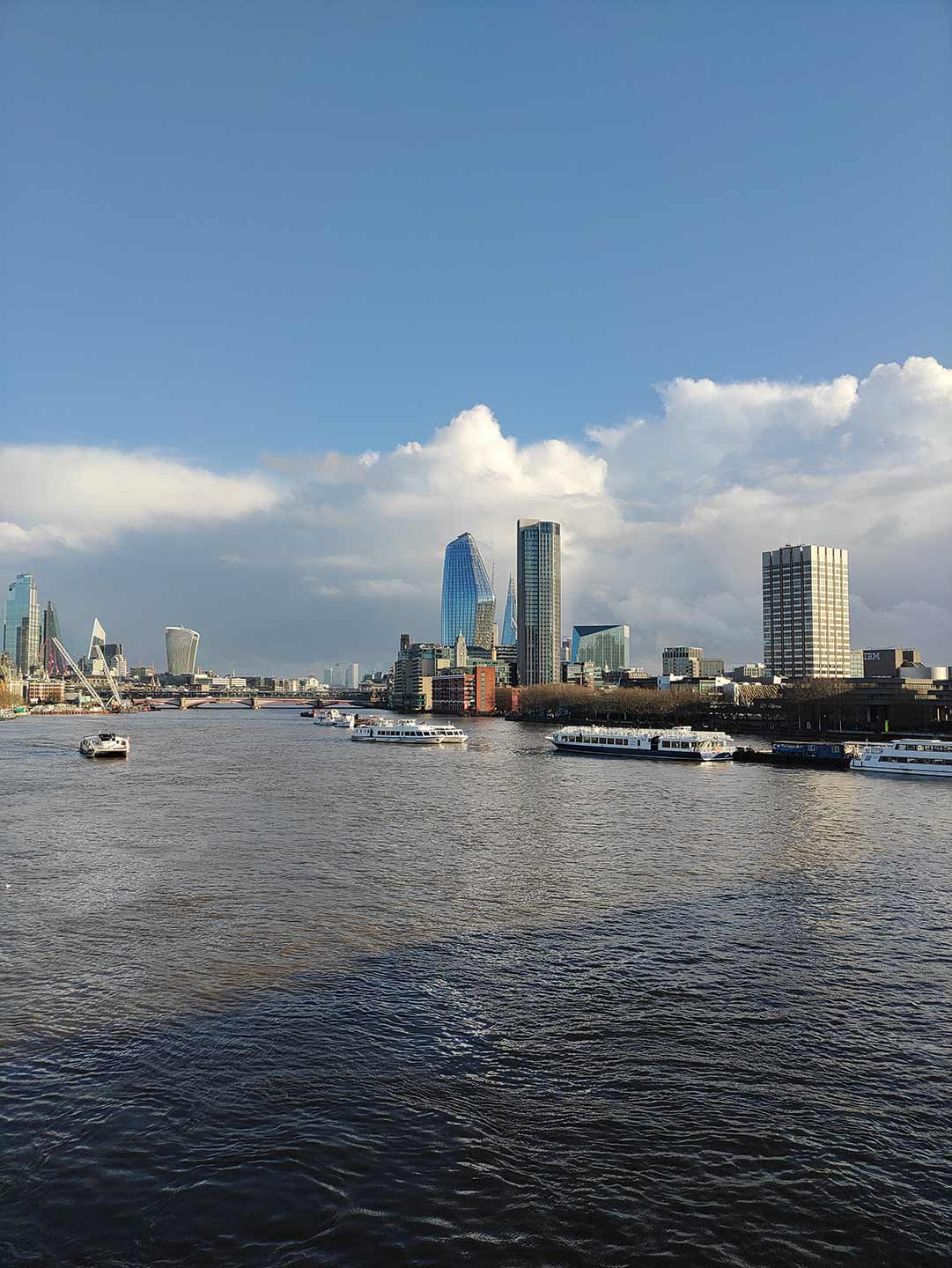 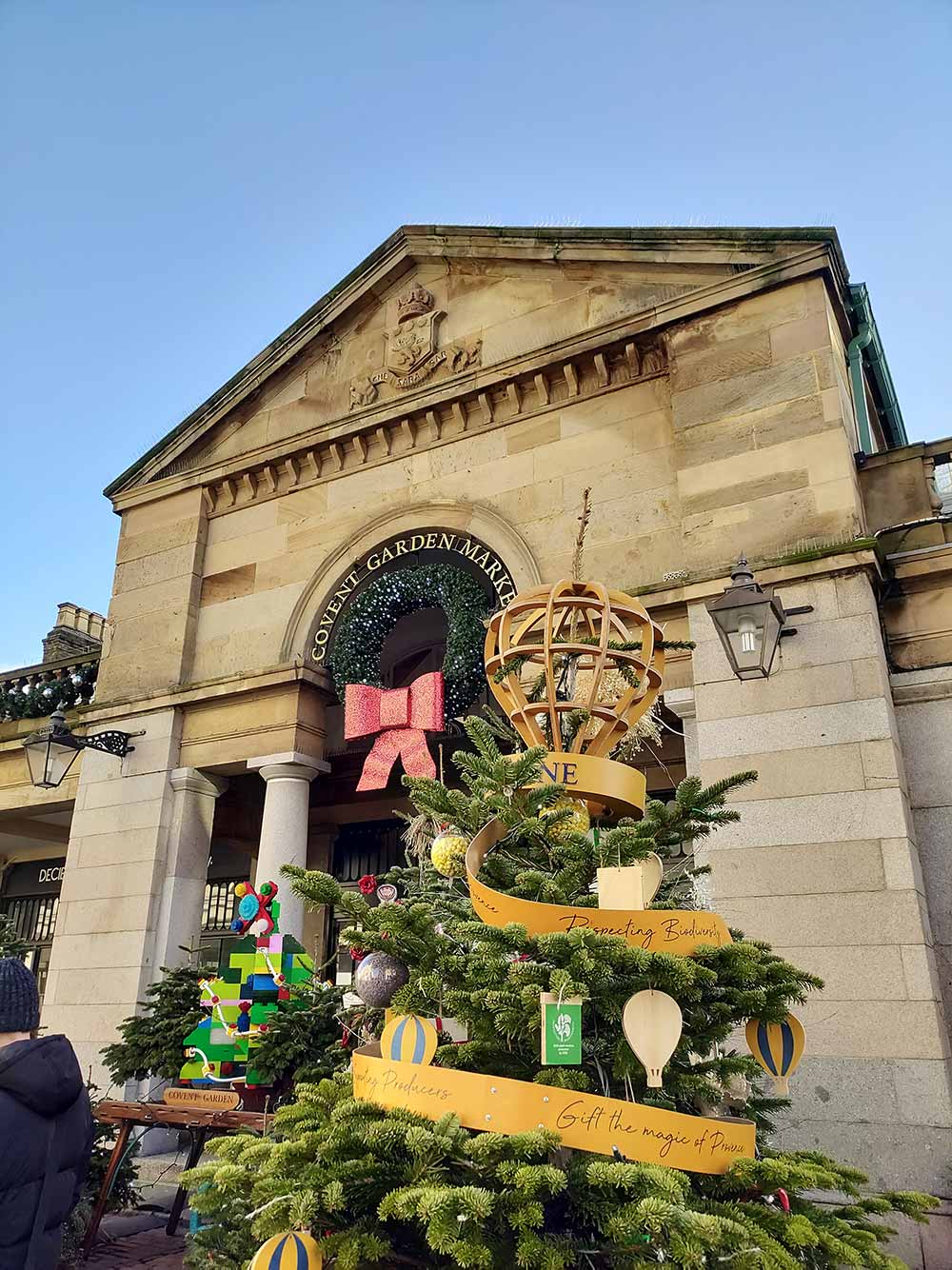 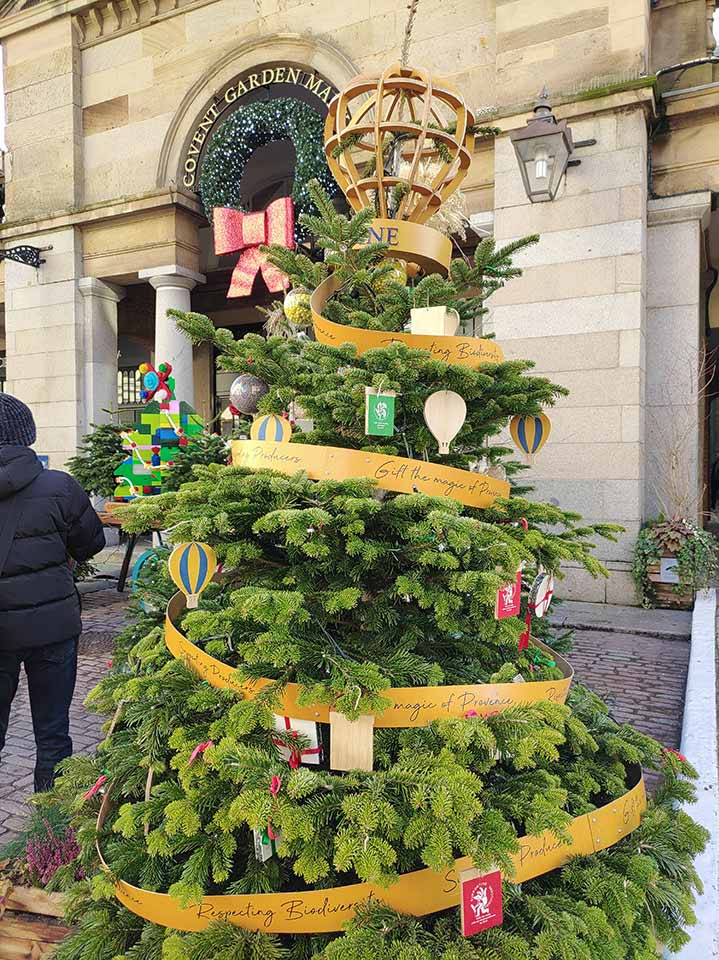 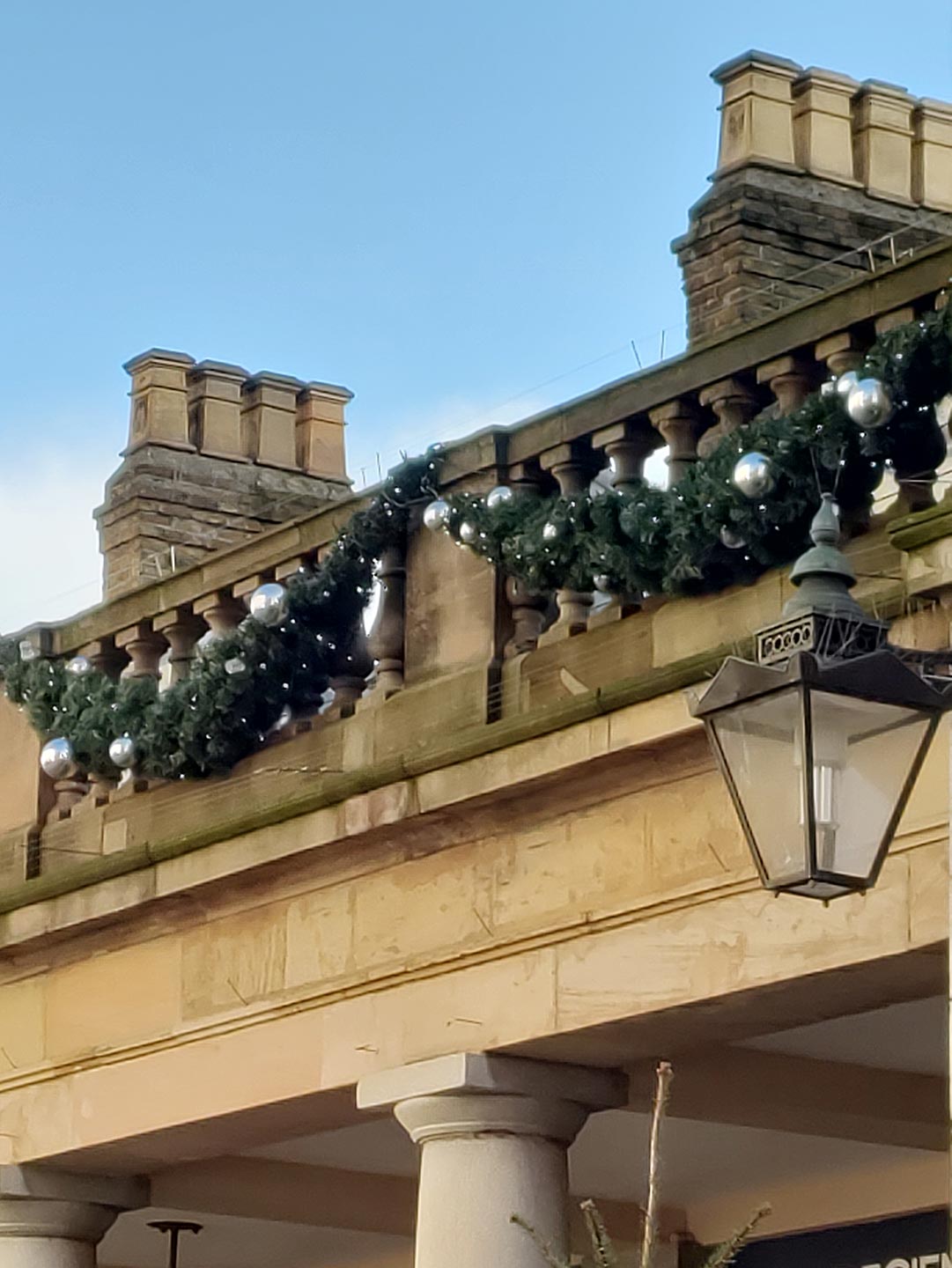 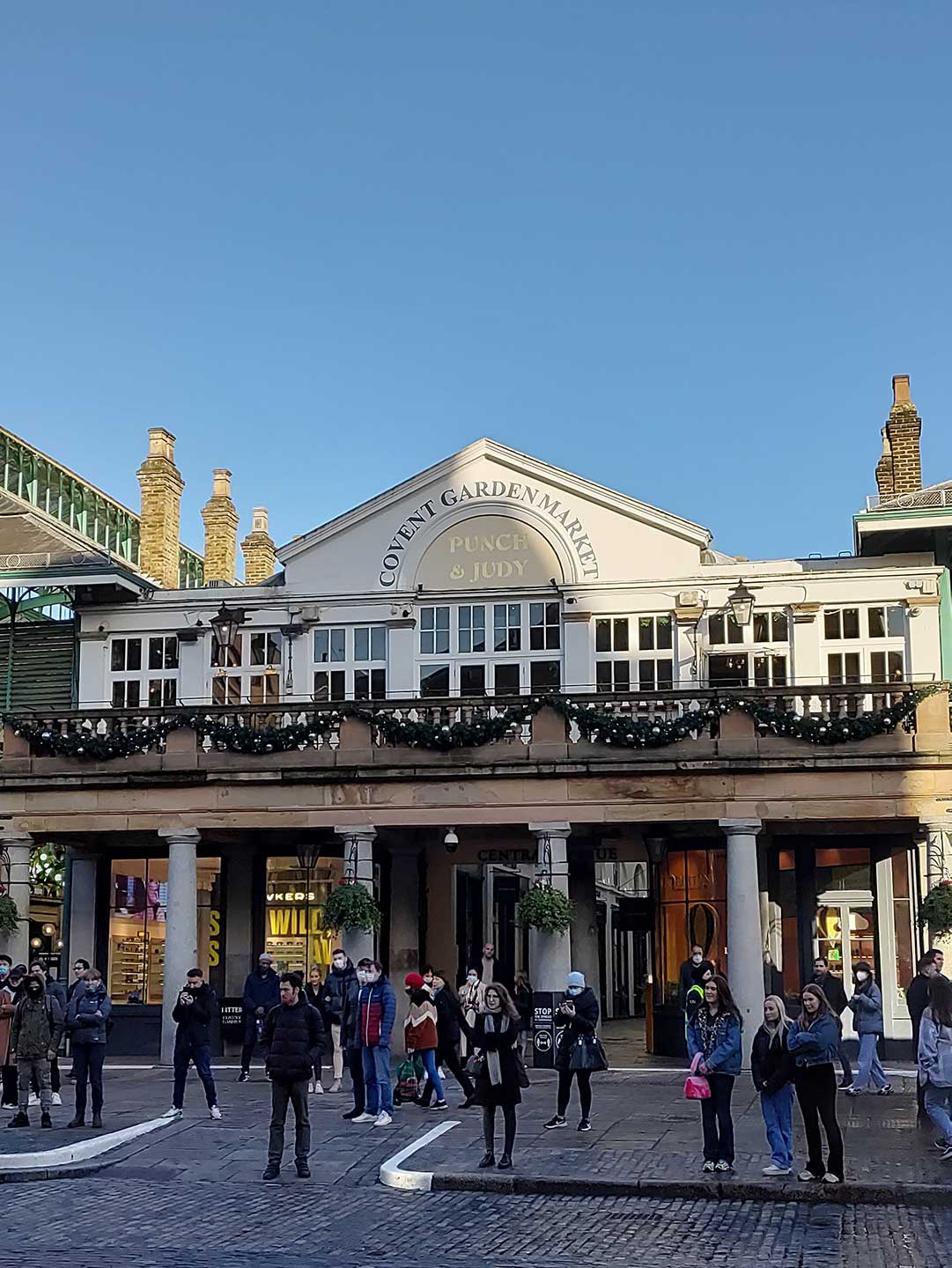 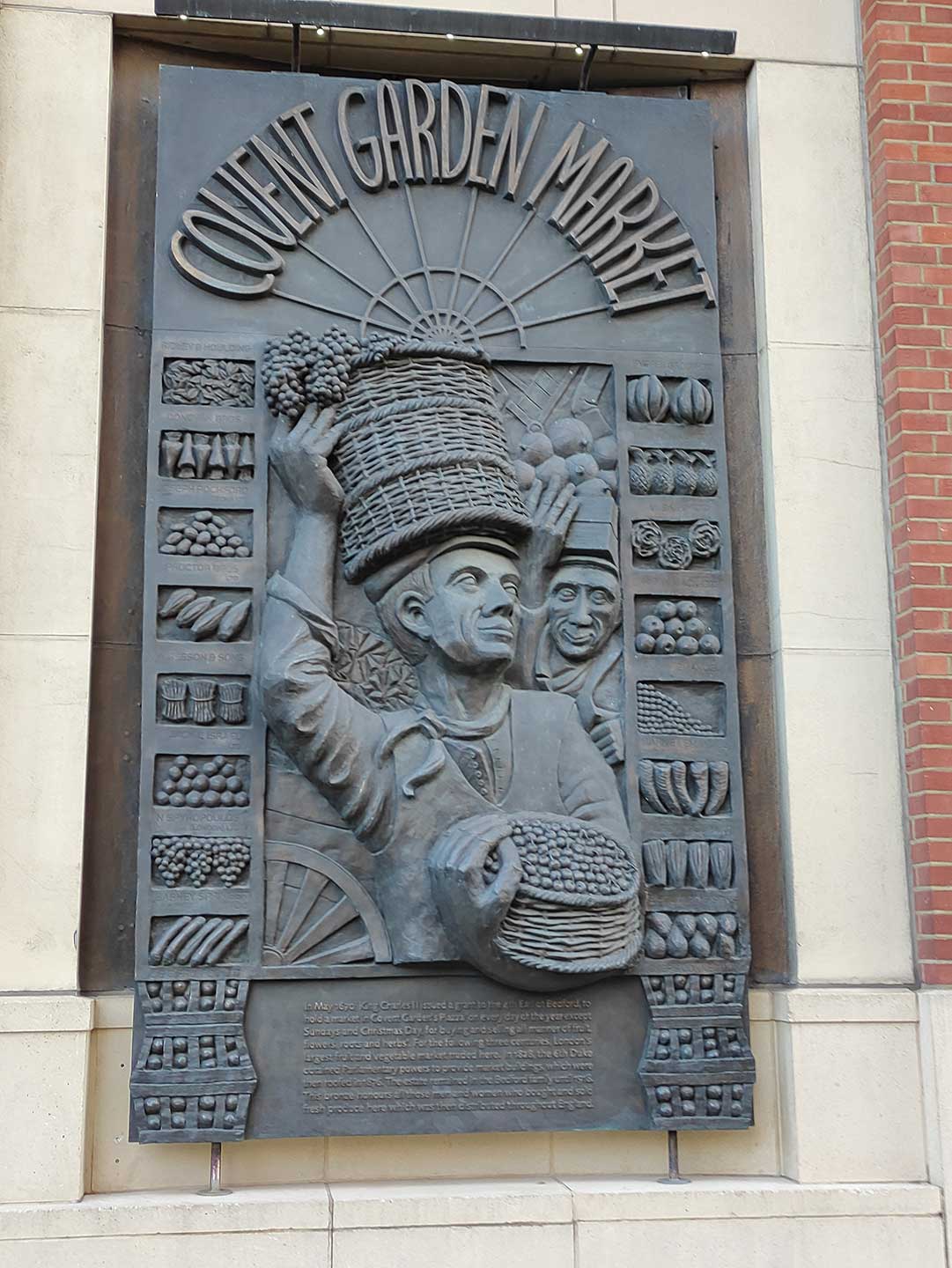 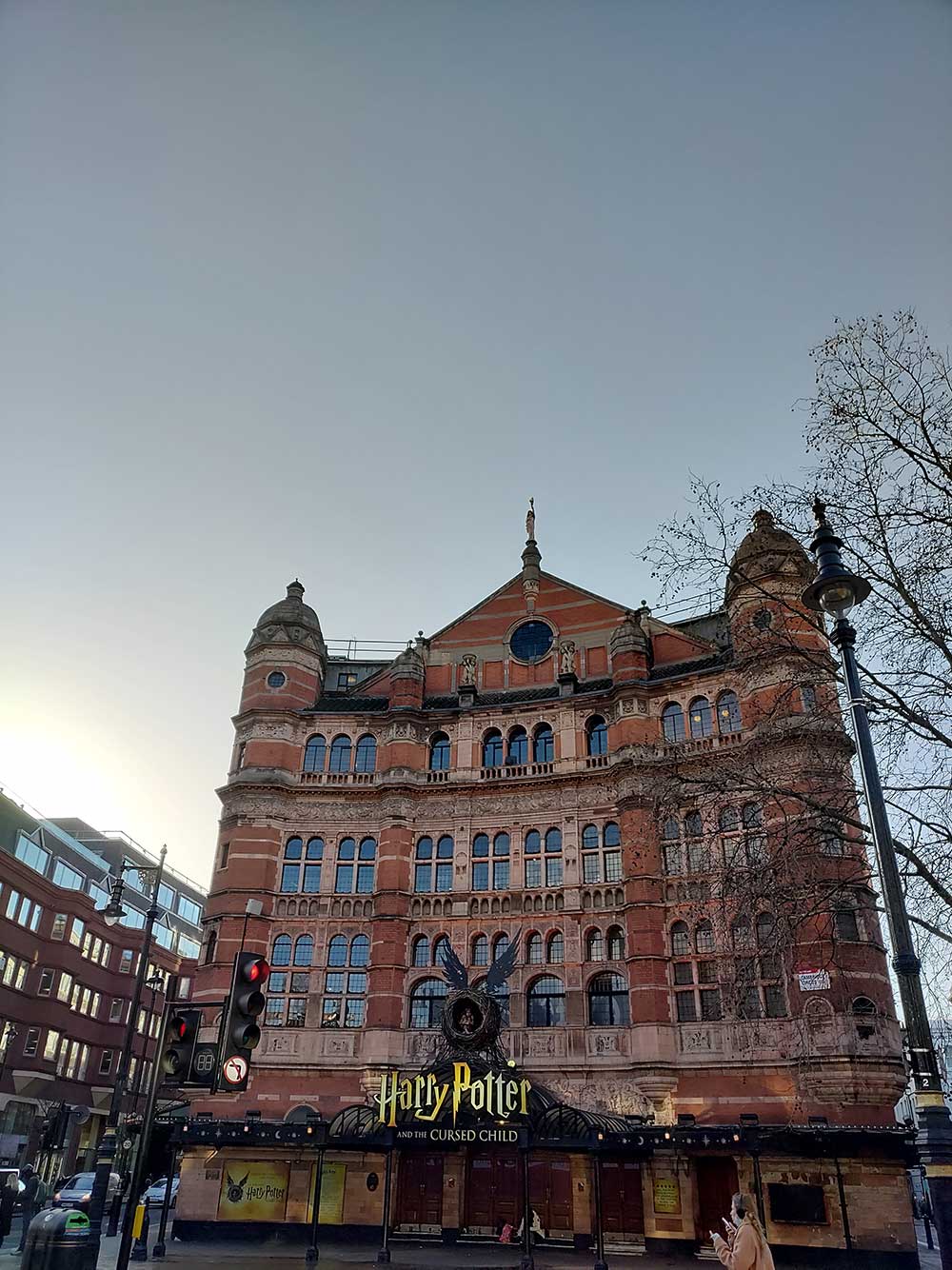 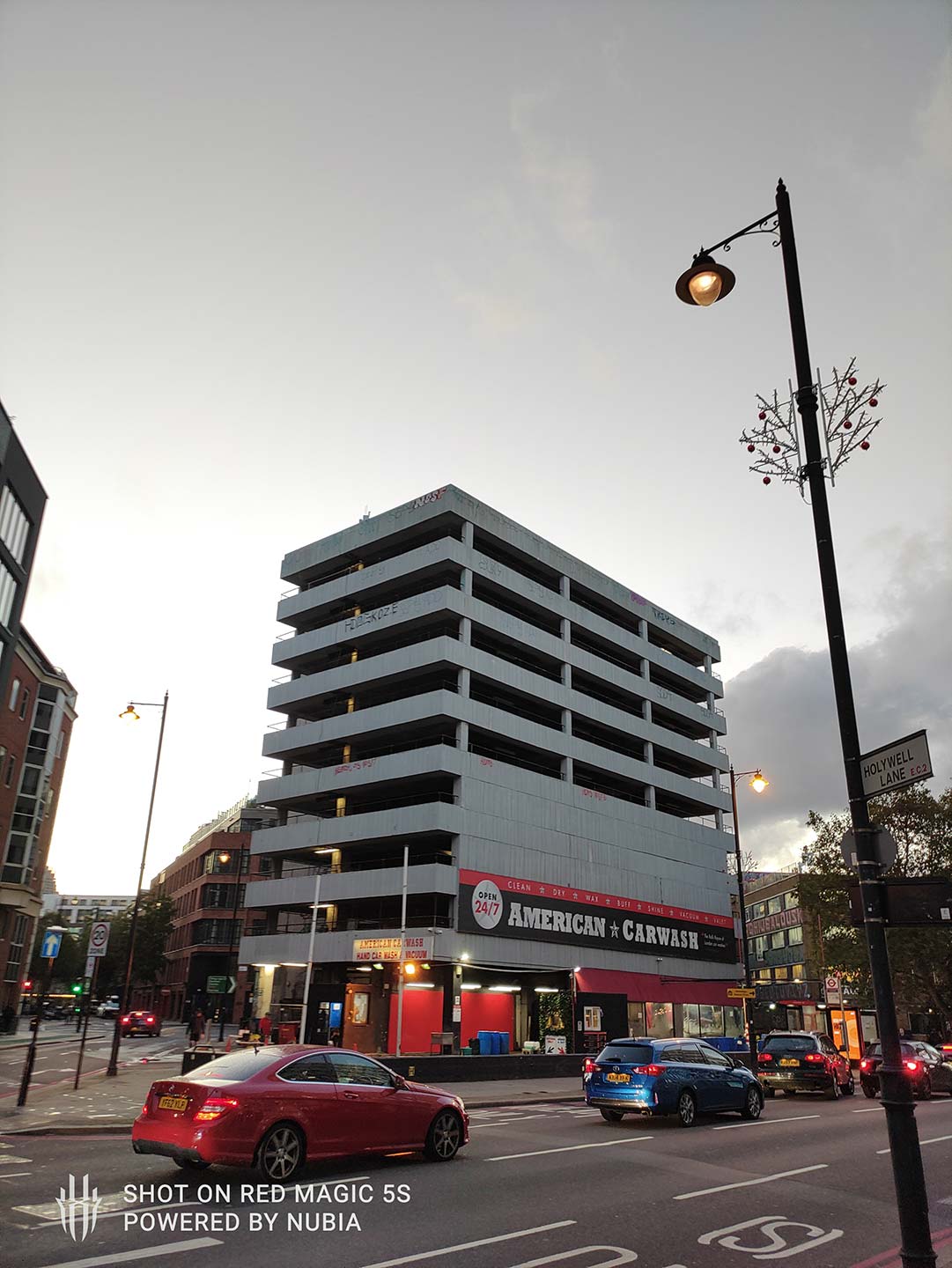 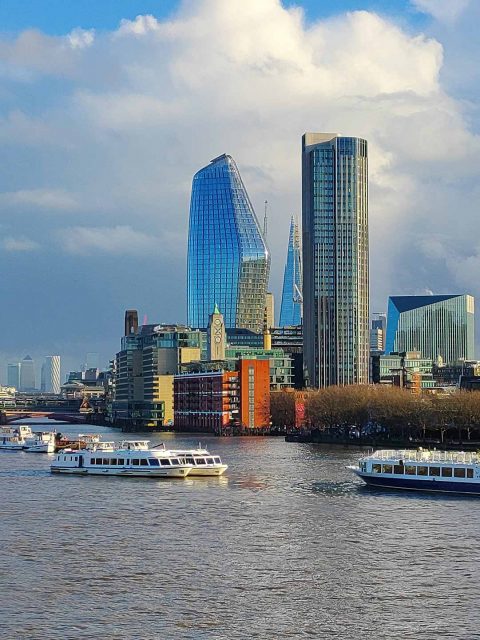 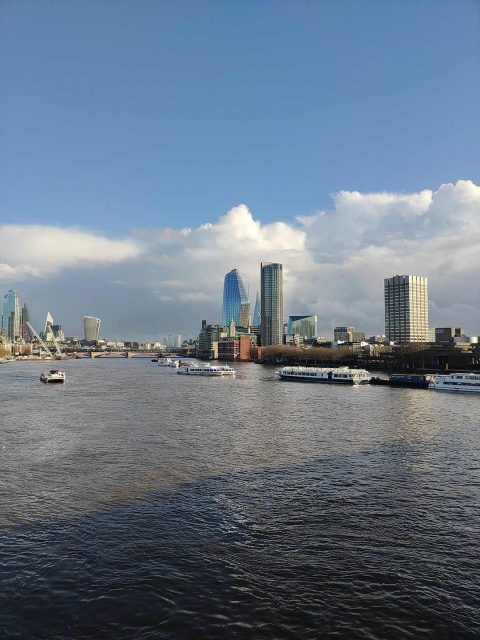 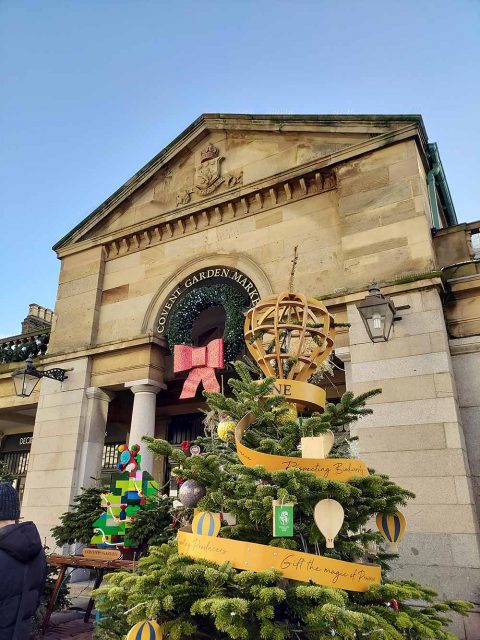 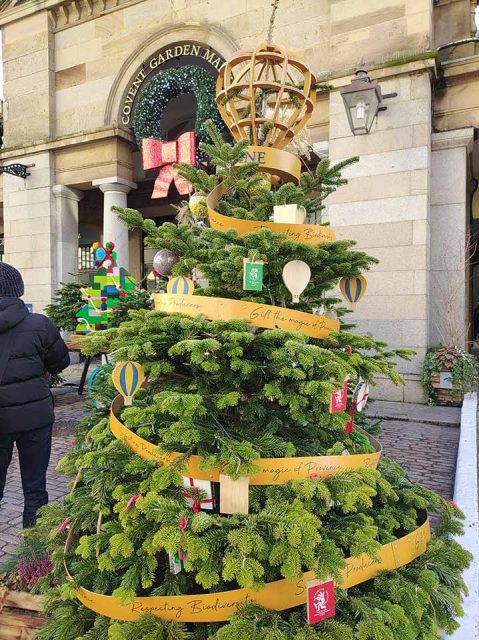 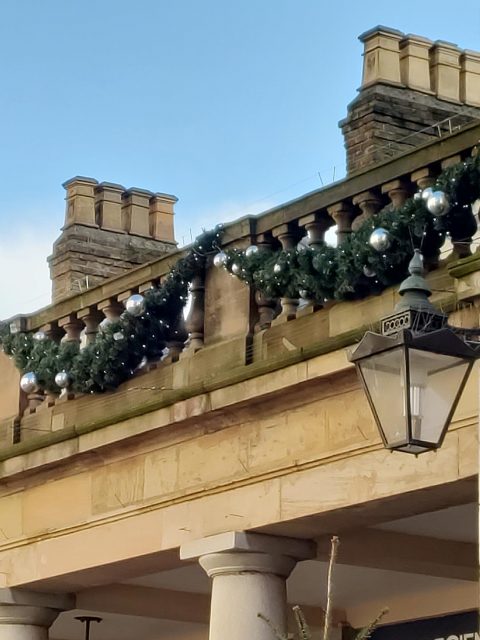 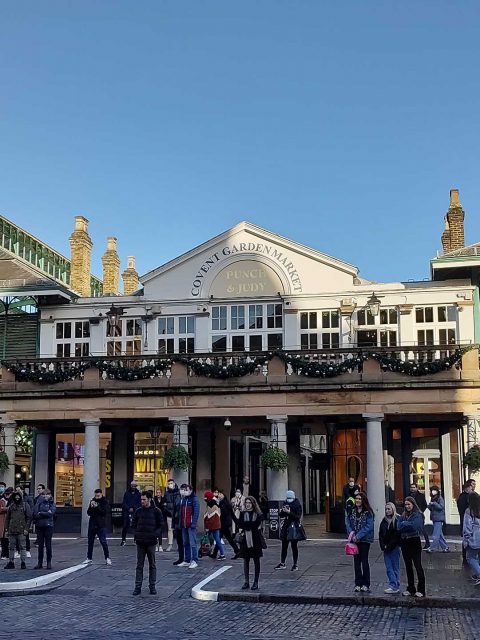 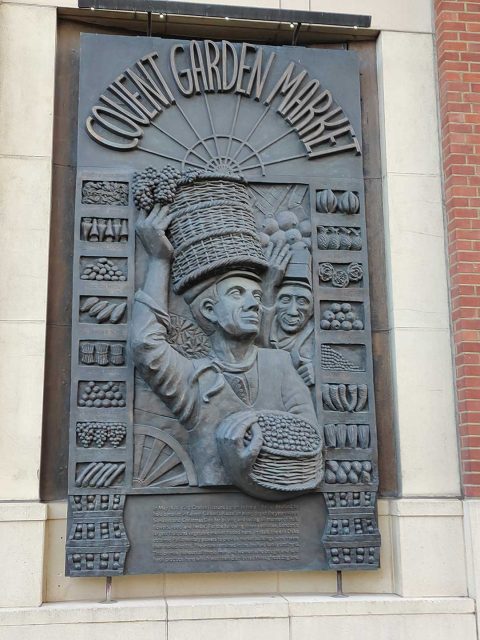 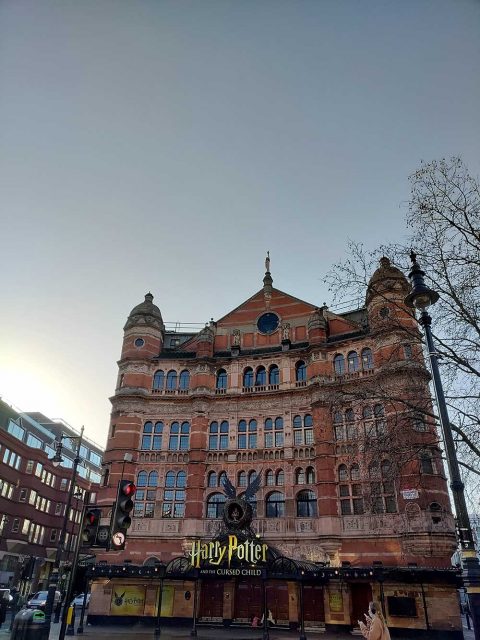 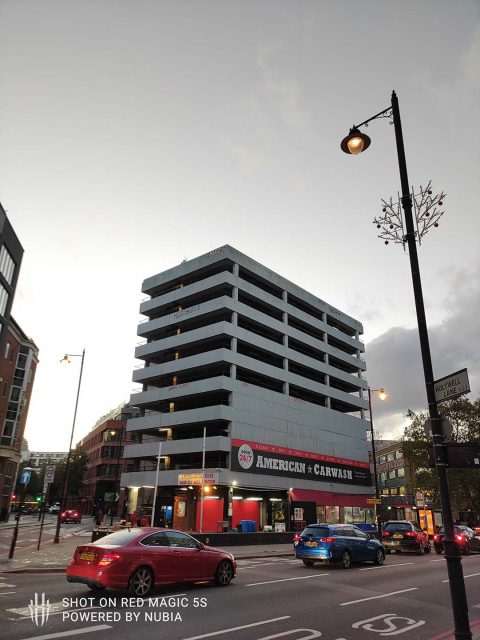 Selfies seem a bit soft and wash out facial details as well as. In particular, they make skin appear lighter than it is.

Video quality, similarly, leaves a fair bit to be desired. While the 5S can record at up to 8K video resolutions, it can only manage this (frankly) unnecessary feat with 15 frames per second, which makes the whole video seem a bit jumpy and skippy. Dropping the quality to 1080p and 60fps is an improvement but we wouldn’t recommend this as a phone to use for videoing much at all.

Nubia RedMagic 5S Ease of Use

As we’ve already mentioned, the 5S isn’t a particularly ergonomic phone. It’s thick, heavy, and tall. But, of course, it needs to be.

As a gaming phone, it’s essential that the 5S has a big, tall screen for interacting with controls as well as simply seeing what’s going on in your game. The 5S also has to be thick — not only to accommodate its powerful components but also to house its cooling fan. However, that size (while important) makes it a pain to use in an everyday context.

Similarly, the 5S’ software could do with some work. We had the same gripe with the 5G — it isn’t as customizable as most other Android phones and we had issues running some apps which we normally wouldn’t.

This is not an easy phone to live with. But, then again, there’s every chance that users might buy this phone simply to play games with, rather than as a daily driver. 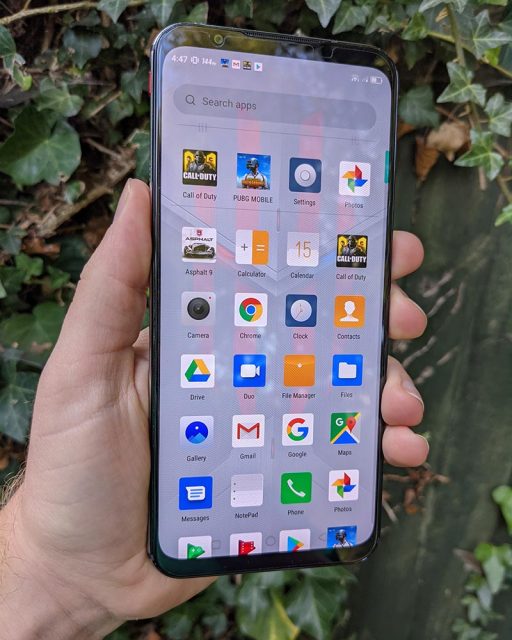 At $579, the RedMagic 5S represents pretty good value for money. There aren’t too many phones which will give you a Snapdragon 865 and 8GB of RAM for less than $600. Plus, when you consider the 144Hz screen and the cooling fan, you’re getting a lot of hardware for the money.

However, the 5S does fall down in some areas. The cameras are nothing to write home about and the software could be better optimized. And, while the phone is heavy, it does feel as though it could be better put together.

The RedMagic 5S is a good choice for people after a dedicated gaming phone. With its high-end components, smart cooling features, and rapid refresh screen, the 5S gives gamers everything they could need.

But if you’re not looking for a gaming phone, we’d look elsewhere.