This content has not been updated since August 2020. For more recent tech advice for your business, take a look at our round-up of the best phones you can buy in 2021.

TCL 10 5G
A decent but unspectacular mid-range pone
3.6
In Short

The 10 5G is the latest phone from TCL, a longtime TV-maker but first-time phone-maker. The phone packs 5G connectivity – hence the name – as well as an enticingly low price point.

However, it’s not all perfect. The cameras could do with some work, and the design feels a little behind-the-times. That said, for a first 5G outing, TCL has done pretty well – though perhaps not quite well enough to be a surefire purchase.

The TCL 10 5G is a decently impressive phone considering its price tag – it’ll cost you £399 or €399, though you won’t be able to buy it in the US. The screen is strong, the performance should be more than enough for most, and it has a range of helpful features.

However, in the past year, a plethora of brilliant and cheap phones have hit the market, making the 10 5G’s life much, much harder. What’s more, with 5G networks still not quite up to scratch, the phone’s main selling point can seem incidental.

But it is important to remember that TCL hasn’t been producing its own phones for very long. In fact, the company only released its first phone – the 10 Pro – a few months ago. So, instead of writing off TCL and its phones, the brand will likely be one to watch for next year.

At first glance, the TCL 10 5G can appear to be a fairly run-of-the-mill 2020 smartphone. You get an edge-to-edge screen with a small punch hole selfie camera in the top left corner, while there’s a strip of four cameras on the back, surrounded by glass.

However, there are some slightly less common characteristics. For example, it has a headphone jack at the top, and a rear-mounted fingerprint sensor. It also has dual downward-facing speakers, which pump out great sound but can be easily blocked. It also has a side-mounted Google Assistant button, which could easily be removed.

Oh, and it weighs a lot – 210g to be precise. In fact, it weighs more than the Oppo Find X2 Pro and the Samsung Galaxy Note 20 Ultra, both of which have larger screens and more powerful internals.

Don’t be fooled – the 10 5G is a chunkier phone than most of us are used to. That’s not always a bad thing, but in this case, we think TCL could have shed some of the 10 5G’s extra heft if it tried to.

TCL likes to talk about its expertise in displays – after all, it's best known for making some impressive 4K TVs. But, while the 10 5G’s 6.53-inch display is good, it’s hardly outstanding. It’s an LCD display with a 1080×2340 resolution.

At this price, we’ve been coming to expect OLED panels from many other companies – including Google and OnePlus. OLED displays deliver brighter colors and improved contrast compared to LCD displays. TCL’s NXTVISION display tech does mean that it has some redeeming features, however. For example, it can effectively upscale standard dynamic range content to high dynamic range quality, meaning you get a bolder picture with extra contrast – this works well, although it can occasionally make images and videos appear oversaturated.

The 10 5G also has to make do with a standard 60Hz refresh rate. OnePlus and Motorola, meanwhile, have been adding 90Hz refresh to their similarly priced phones. This isn’t a deal-breaker for us, but it does show that TCL has some catching up to do. 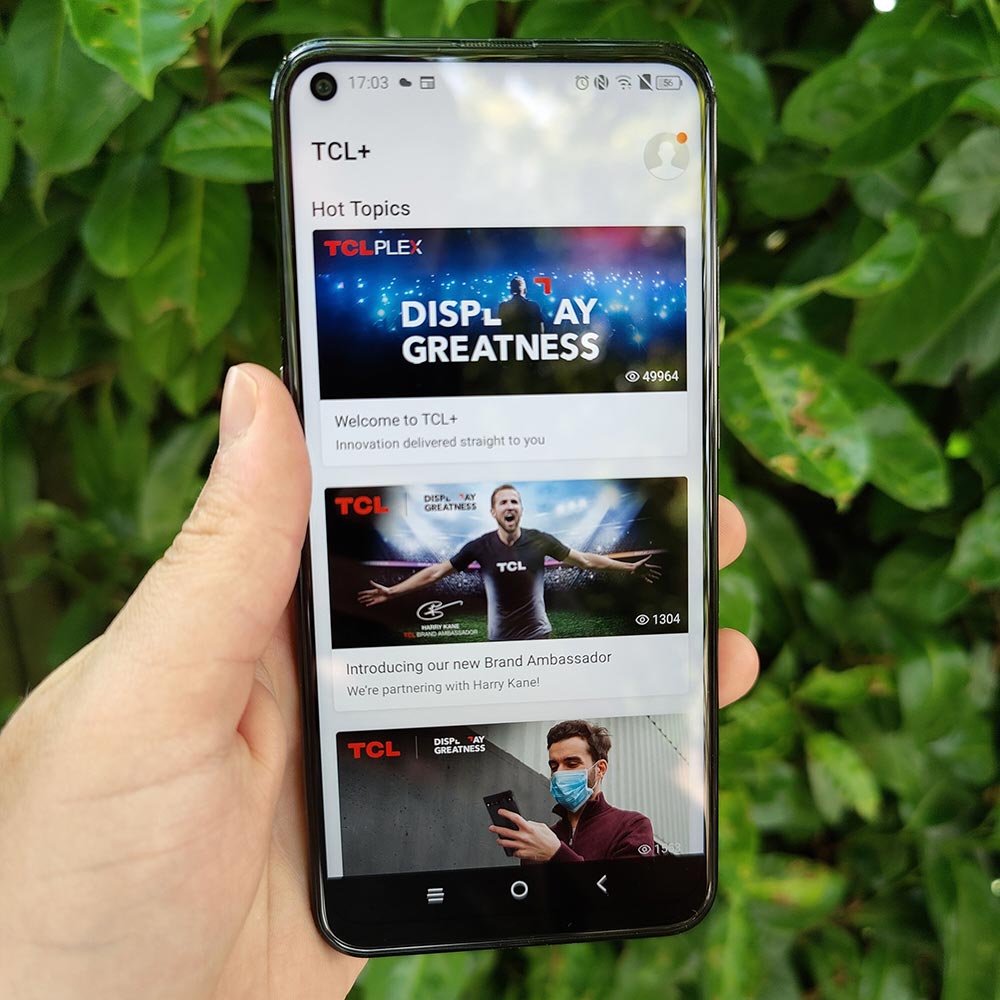 The 10 5G uses the increasingly popular Snapdragon 765G processor, and a healthy 6GB of RAM. This means performance is generally snappy, without being lightning fast.

We found that apps open quickly, with hardly any waiting around. You’ll also be able to play all the games you could want, although you won’t be able to do it all day as you would with the Red Magic Nubia 5G, for example.

In terms of battery life, we were able to get around 4-5 hours of screen-on time from the TCL 10 5G, and easily a full day’s worth of use. Those are impressive figures but, in fairness, the 10 5G does have a large 4,500 mAh battery – perhaps that’s why it weighs so much.

The 10 5G also has some impressive fast-charging capabilities. We were able to get almost a full charge in just over an hour, so you shouldn’t need to worry about running out of juice on the go. 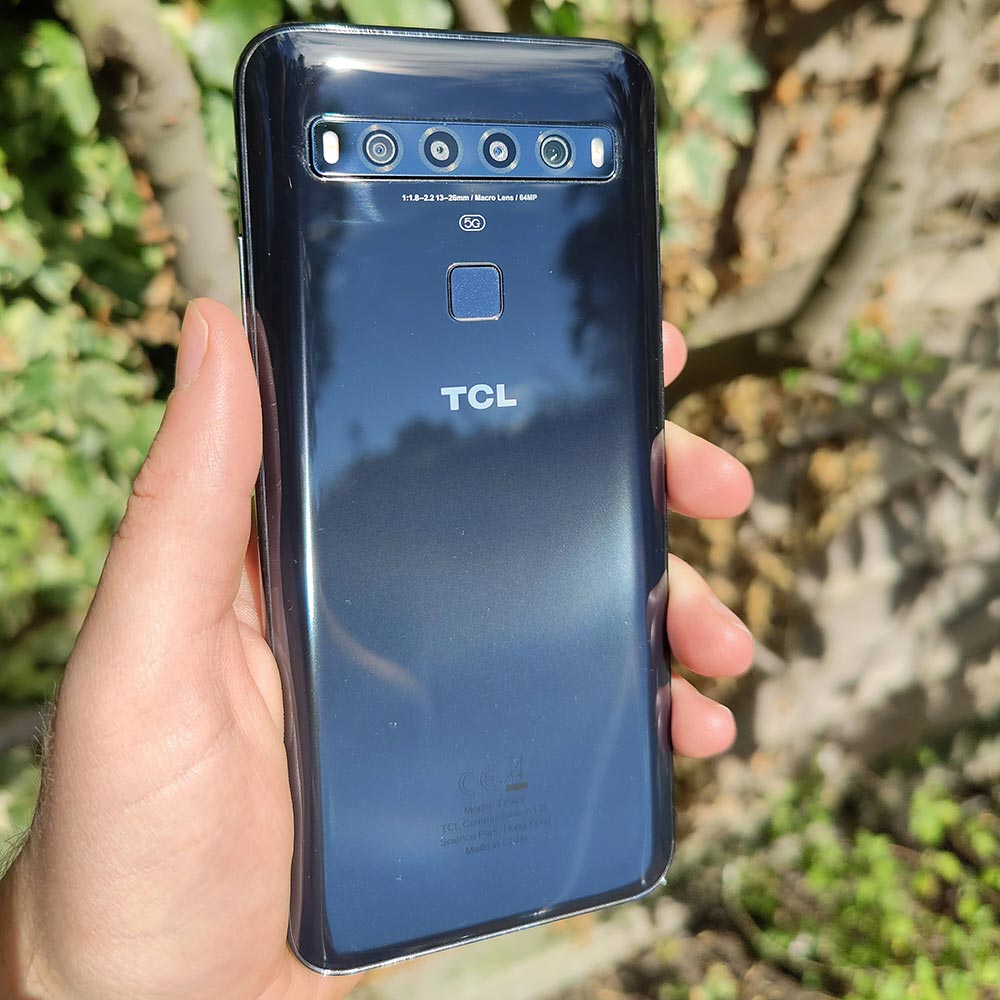 The 10 5G has four rear cameras: a 64Mp main sensor, an 8Mp ultrawide angle lens, a 5Mp macro lens, and a 2Mp depth sensor. That 64Mp sensor doesn’t take 64Mp pictures by default, however. Instead, you get 16Mp photos by default, though you can choose to take 64Mp shots from the settings menu.

The photos from the 10 5G’s rear cameras are OK, but like the 10 Pro we reviewed earlier, they seem oversaturated and a bit “waxy”. Sadly, this can’t really be fixed within the phone’s settings – you’ll have to try and dial down the bright tones in some photo editing software.

There’s less saturation round the front, but the waxy textures remain, and there’s a slight lack of detail. The portrait mode does suffer from some real blurring at the edges of the photograph, as well as at the point of focus.

Videos from the rear cameras aren’t too bad. There’s a surprising amount of detail and, when recording at 1080p/60fps, the videos are smooth and pretty well lit. The less said about the videos from the ultrawide angle lens, on the other hand, the better. Selfie videos can be a bit shaky, but they’re certainly more than usable. 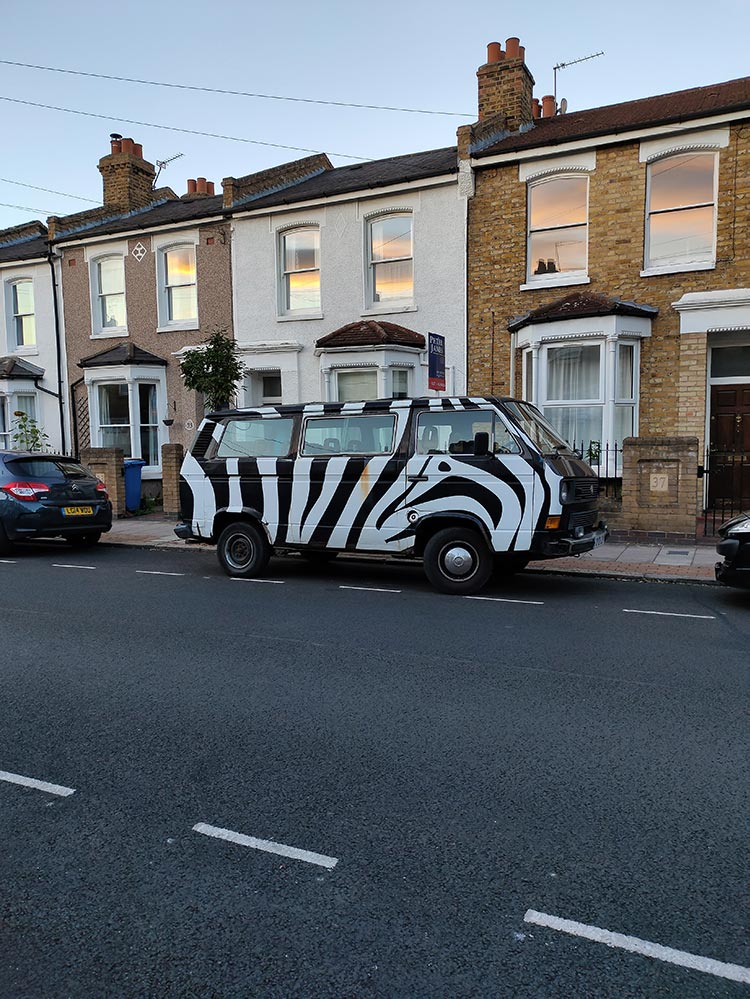 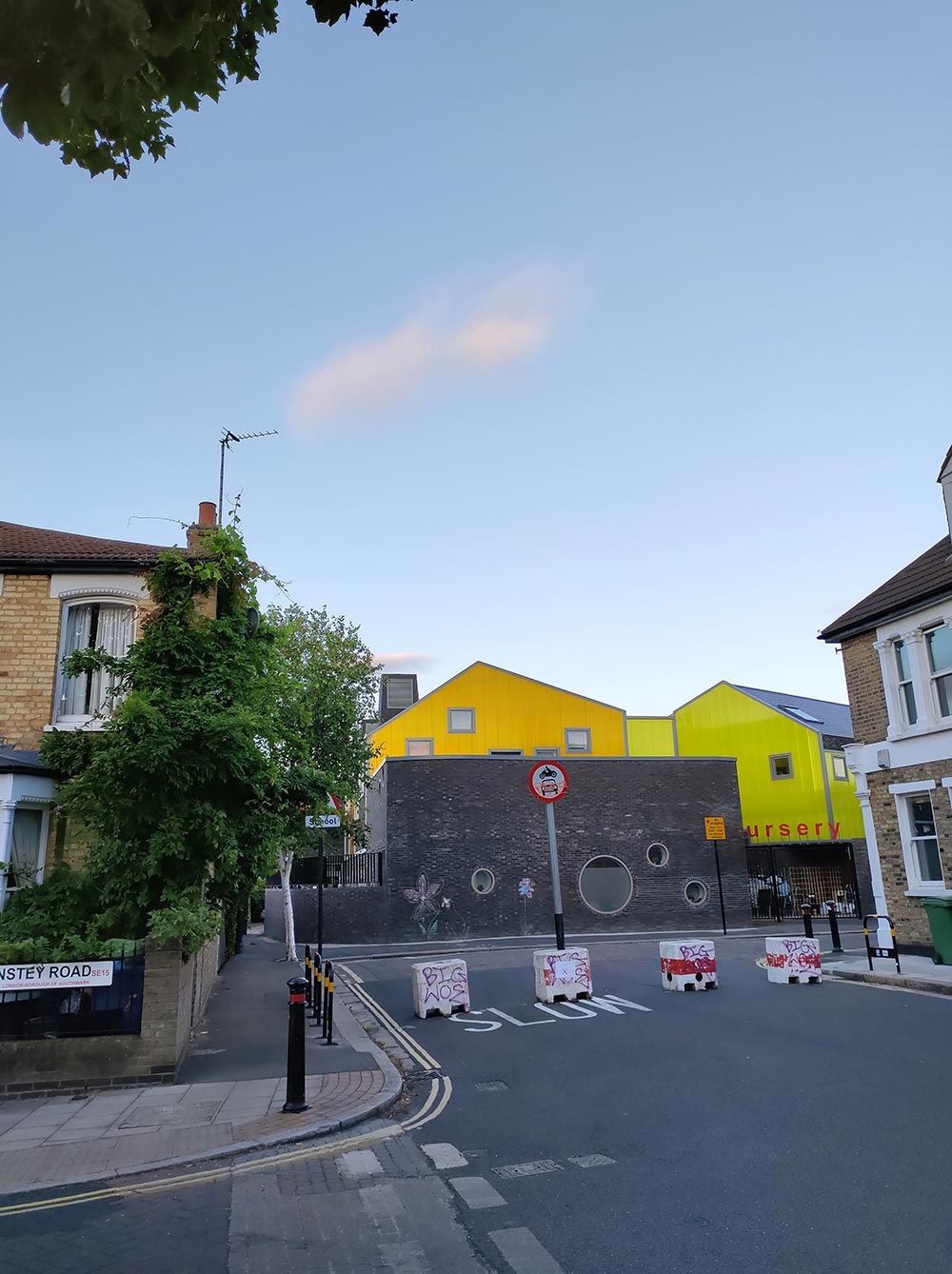 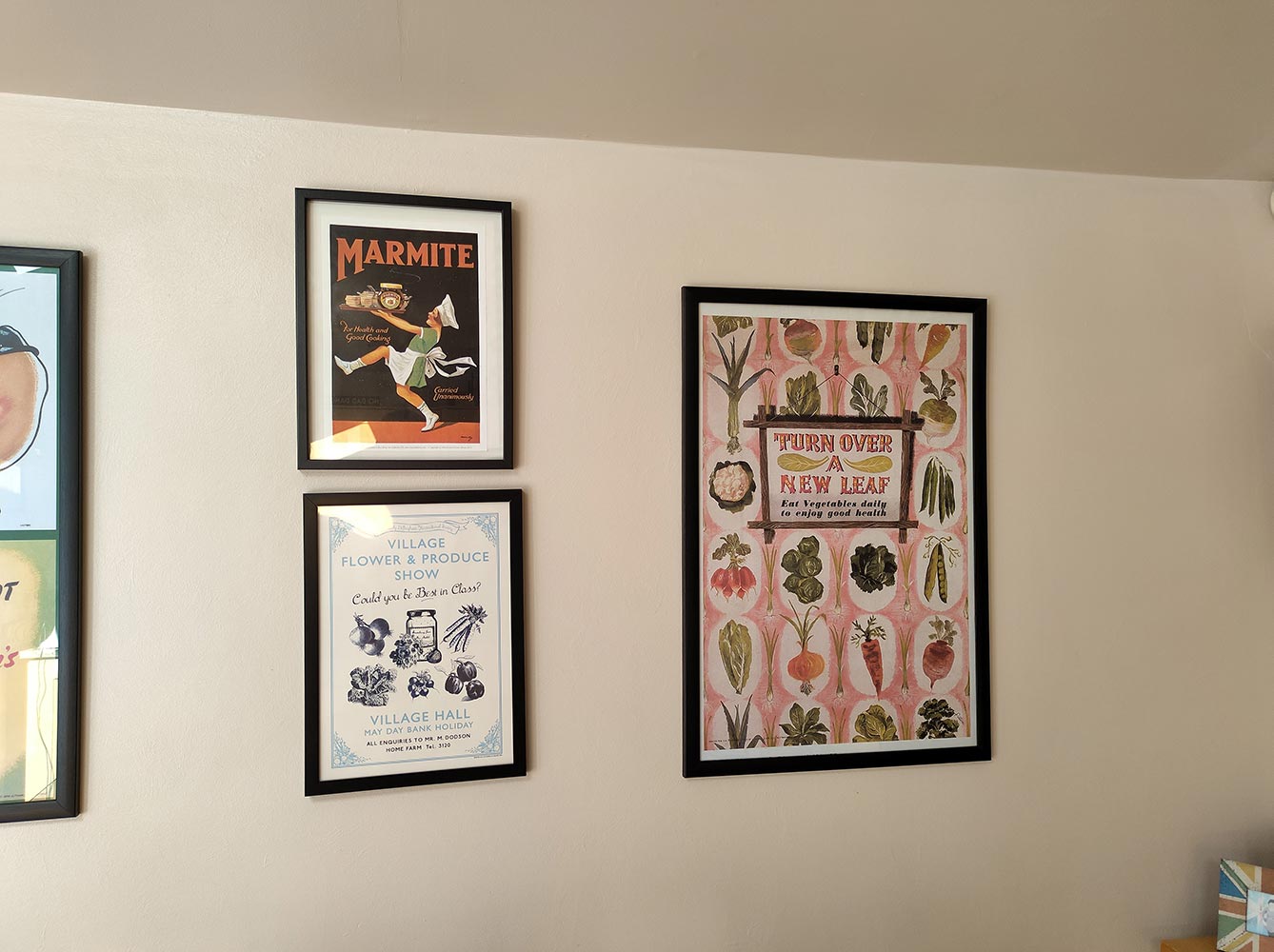 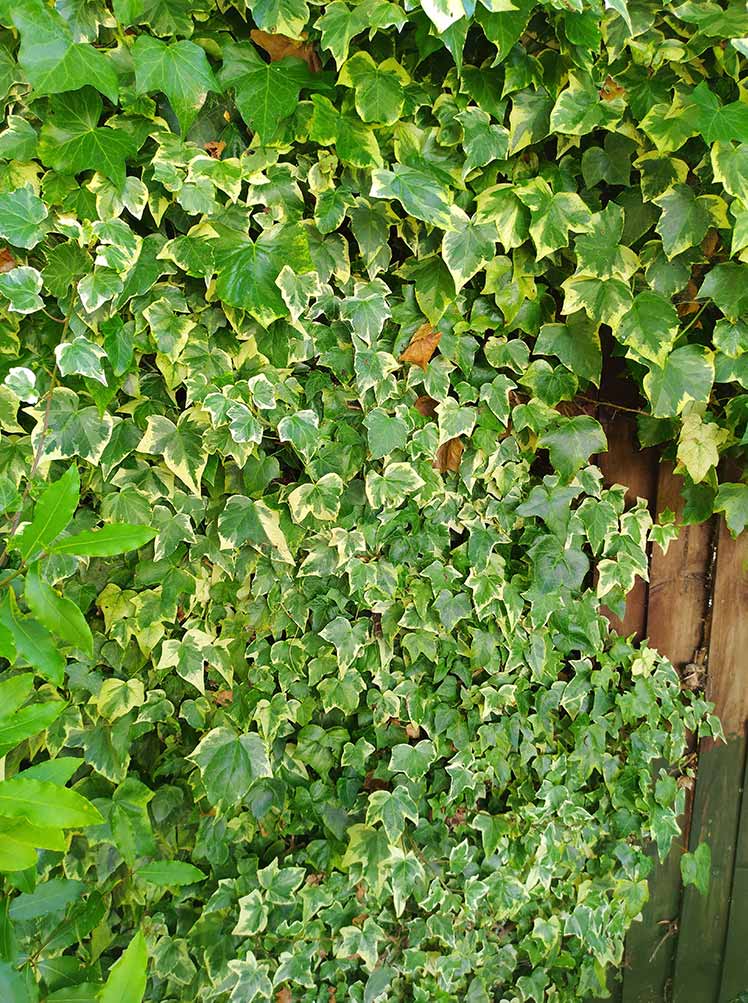 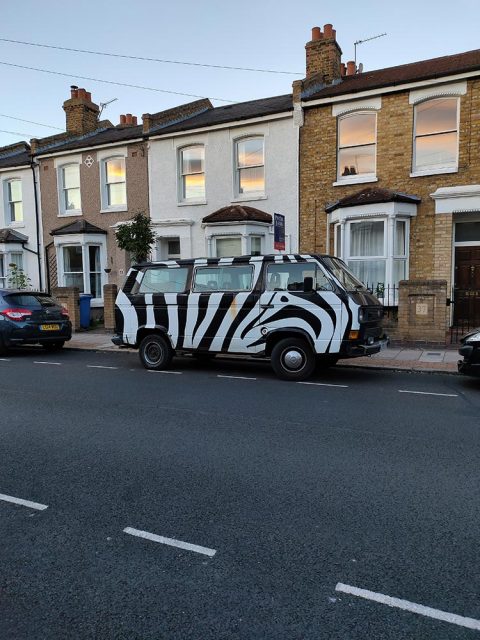 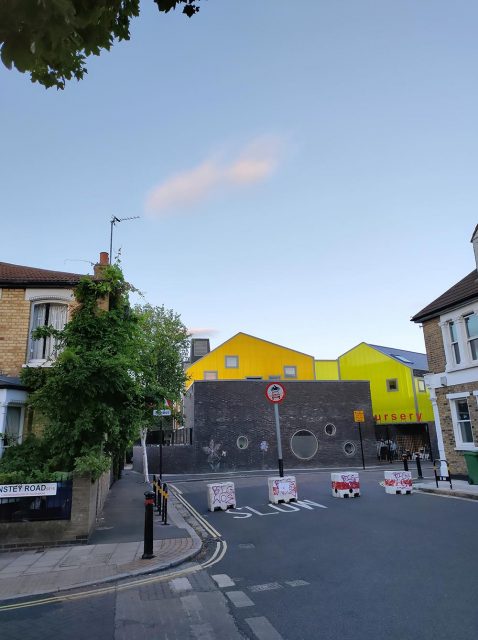 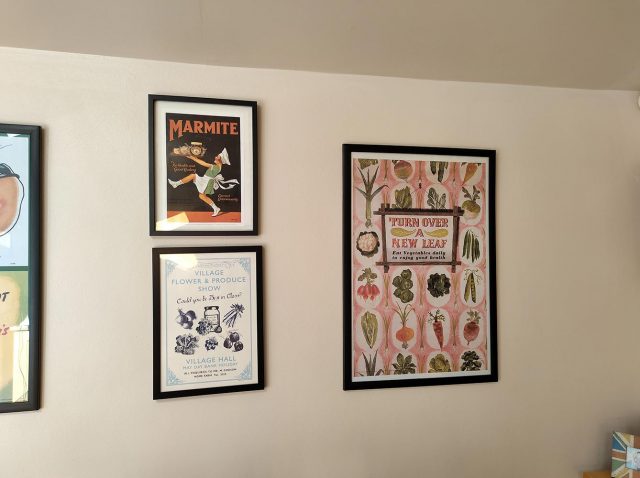 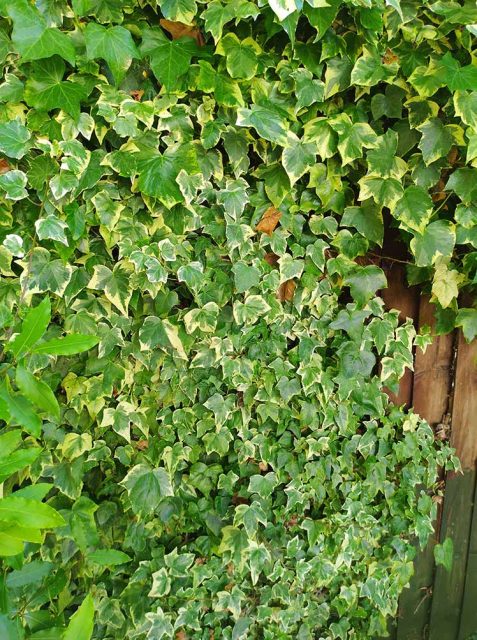 As we mentioned above, the 10 5G is a heavy and surprisingly large phone. This extra heft can make it slightly difficult to use one-handed, not to mention putting it in pockets.

However, compared to the TCL 10 Pro, the 10 5G is a far easier phone to live with. The facial recognition software works much better, as does the rear-mounted, rather than in-display, fingerprint sensor.

Some of the quirks we found in TCL’s UI, such as unresponsive menus, seem to have been ironed out. However, there are still a lot of unnecessary and duplicated apps which we’d rather do without. TCL+, for example, seems to do little more than give TCL a place to promote its own products and marketing deals.

Fortunately, you don’t have to use all these apps, and you don’t need to sign up for extra accounts as you do with Samsung and Oppo phones, for example. 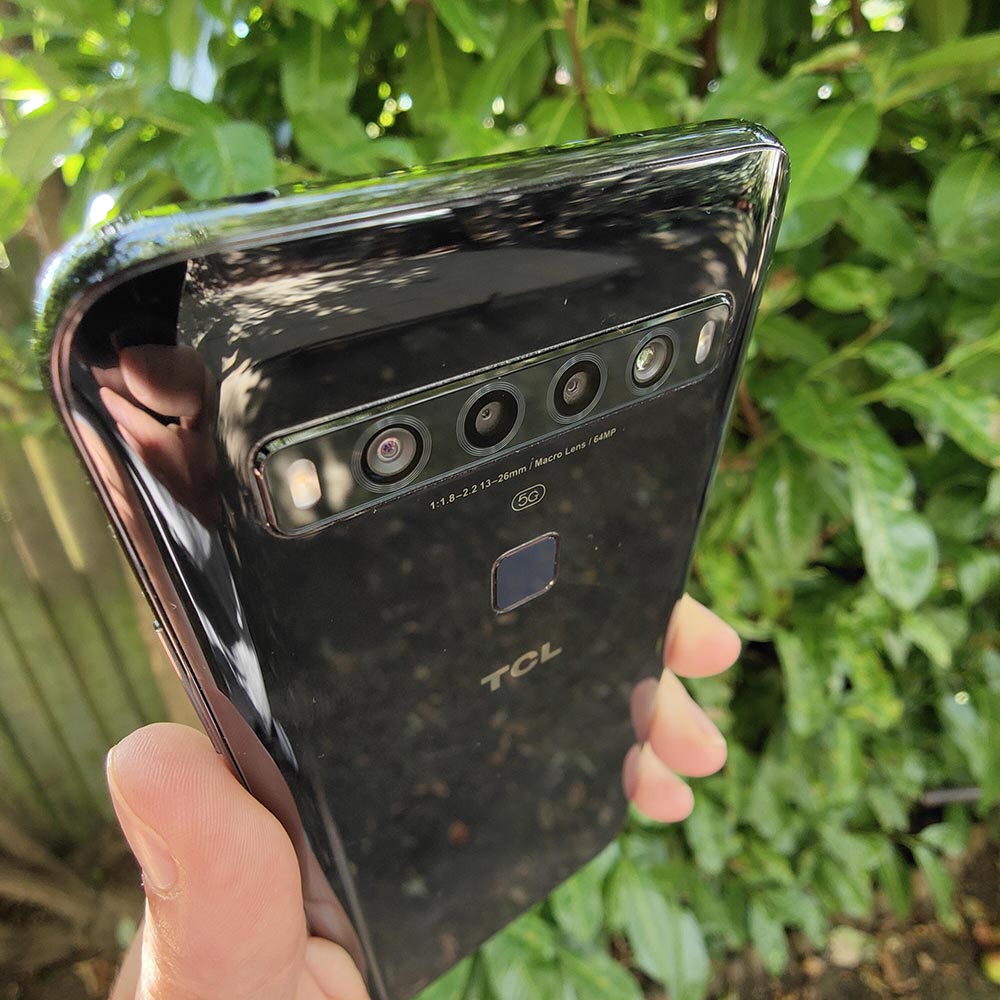 On paper, the TCL 10 5G seems to represent pretty good value. It has a decent screen, strong performance, 5G connectivity, and impressive speakers.

However, as we mentioned above, it’s facing increasingly tough competition at its price tag. The Google Pixel 4a costs less, and has better cameras and a more impressive screen. The iPhone SE costs around the same as the TCL phone, and blows it out of the water when it comes to performance.

Then, it also has to face the OnePlus Nord and Motorola G 5G Plus. The Motorola costs €50 less than the TCL, but packs in very similar specifications. The OnePlus costs a bit more, but will likely have a more impressive screen and 5G connectivity.

All told, it’s hard to really see where the TCL 10 5G fits in amongst these phones. It can’t quite manage to best any of them in any one category, and it remains to be seen how long TCL will actually support its phone with Android software updates. 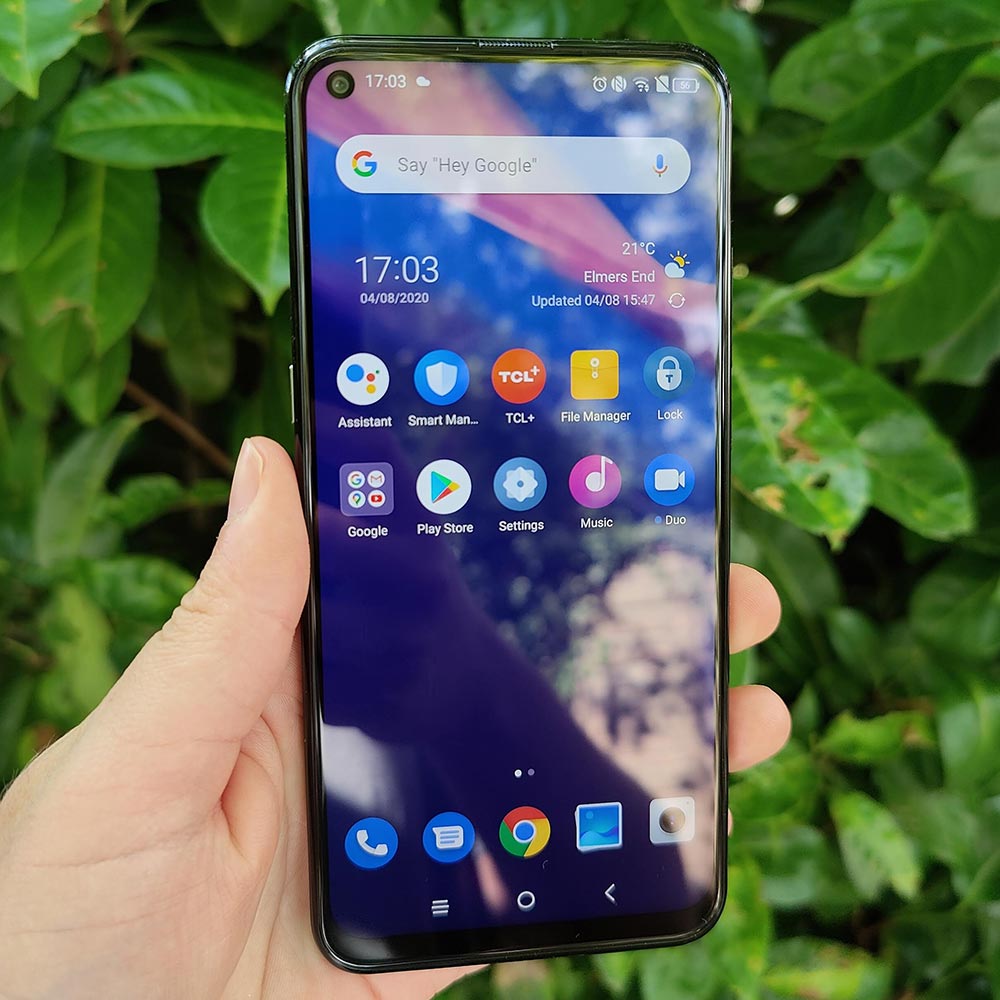 On the face of it, the TCL 10 5G isn’t a bad phone. However, it definitely has a range of issues that could be improved – from the app duplication and bloatware to the oversaturated photos and bulky design.

However, with the sub-$500 phone market heating up, it seems that the TCL might need to take another swing before it finds a phone that really hits.