This content has not been updated since May 2020. For more recent tech advice for your business, why check out our reviews of 2021's best phones.

You might not be too familiar with TCL or the 10 Pro, but it’s a surprisingly good phone considering it's the company’s first notable effort.

It has a strong screen and sharp performance, plus it looks a decidedly premium phone, despite costing just $449. However, it’s not perfect. The cameras could do with some extra work, and TCL’s software can feel a bit clunky. Still, for a first time out, it’s a very good phone.

When we said that the 10 Pro is TCL’s first ever phone, that’s not exactly true. Last year it debuted the TCL Plex, a budget phone which wasn’t available in the US or the UK.

However, TCL also makes the unusual Palm companion phone – which is supposed to aid in a digital detox. TCL also manufactures, but doesn’t sell, BlackBerry and Alcatel phones. You might know TCL from its affordable 4K TVs, as well.

However, this is TCL’s first proper stab at making an Android phone that isn’t cheap, or quirky, or piggybacking on someone else’s branding. And here’s the thing – it’s actually very good. That said, the TCL 10 Pro isn’t perfect. But, as with any phone that costs $449, we wouldn’t expect it to be.

So, should your next phone come from the upstarts at TCL? Or would you be better off with a phone from more established competitors, such as Google, Motorola, and Apple?

The 10 Pro has a 6.47-inch LCD display with a 1080×2340 resolution, and a very impressive display it is too. For an LCD, the contrast is good, and it gets reasonably bright. It’s not quite as good as the OLED displays on the Pixel 3a series of phones, but it’s better than the 4.7-inch display on the iPhone SE.

The new TCL phones, including the 10 Pro, come with some interesting image optimizing tech. TCL’s calling it NXTVISION and it claims to “automatically adjust contrast, sharpness and saturation to make the screen image clearer.” You can control the NXTVISION effect via its unnecessary dedicated app, but it’s turned on by default. If we’re honest, we didn’t notice too much of a change when we had it on or off.

The 10 Pro’s glass rear panel largely matches our expectation for a phone at this price point. It’s nice looking, but it's very slippery, and picks up some fingerprints. TCL gave no mention of this being extra-hard Gorilla Glass, so we’re assuming it's some sort of proprietary material.

On the rear case, you’ll also see the 10 Pro’s rear camera array. The four lenses are mounted horizontally across the back of the phone, and are flanked by two LED flash bulbs. It’s an interesting design choice, and not one we’ve seen before. It also means that there’s no room for a rear-mounted fingerprint sensor, which is replaced by an in-display unit. 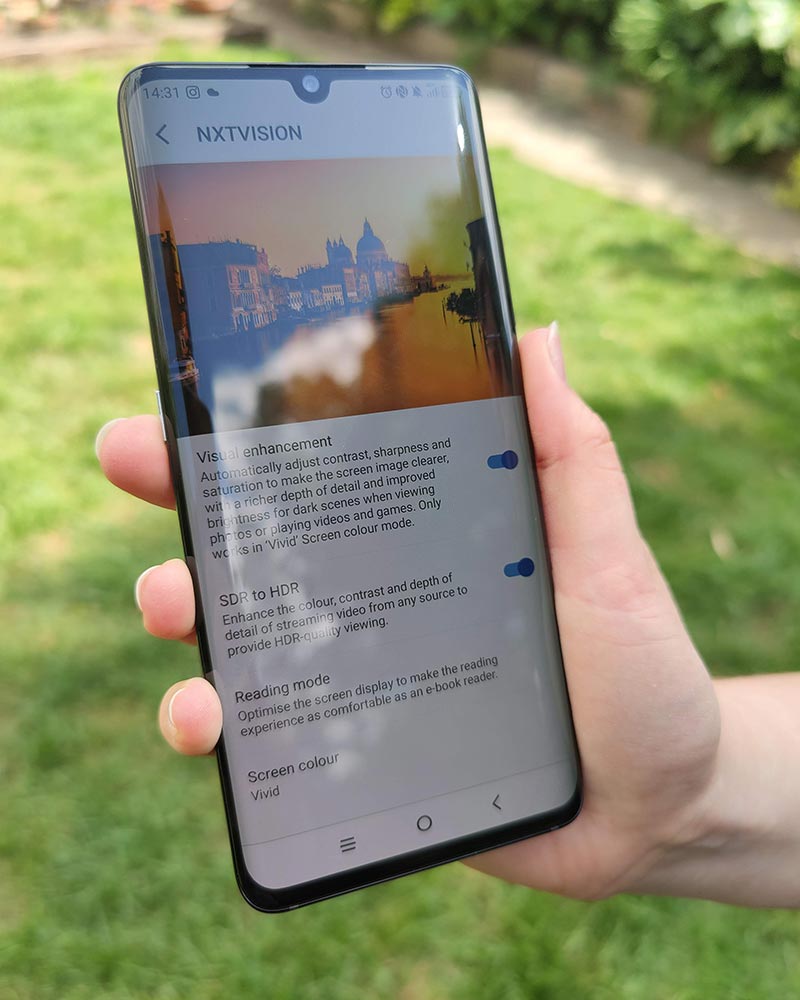 Let’s start with the rear cameras. The 10 Pro has four of them, including a 64Mp wide angle lens, a 16Mp ultrawide lens, a 5Mp macro lens for close-up shots, and a depth sensor for better portrait mode shots.

The images that the cameras take are generally good, but they aren’t without their problems. Firstly, in bright lighting conditions, colors seem to be oversaturated – it’s almost like an overzealous Instagram influencer has been editing your shots for you. Secondly, there’s too much contrast between light and dark colors in some shots, giving them a waxy complexion. It’s not the first time we’ve seen this effect on phone cameras, but it’s still annoying.

Our third and final big complaint is that there can be a lack of fine detail on some shots. This is because, despite the 10 Pro being listed as having a 64Mp lens, you only get 16Mp shots by default.

You can use the full 64Mp sensor by activating the dedicated “High Pixel” mode. It alleviates the issues, but you can’t zoom-in when High Pixel mode is active, and it takes a lot longer to process the image.

The cameras aren’t bad, but they’re not a patch on the Pixel 3a series or the new iPhone SE. They’re also hampered by some strange software decisions.

The front cameras suffer similar software-based issues. Again, the photos aren’t bad – there’s a good amount of detail, and the lighting is surprisingly strong. However, the “Face Beauty” feature is turned on by default, and gives you an overly smoothed face. Turn this off, and the pictures are a bit better.

We also found that, while testing the 10 Pro, we were sometimes unable to open the camera settings menu. The only fix, it seemed, was to close the app, lock the phone, and leave it for a few minutes. This will likely be fixed in a future patch but, boy, was it irritating. 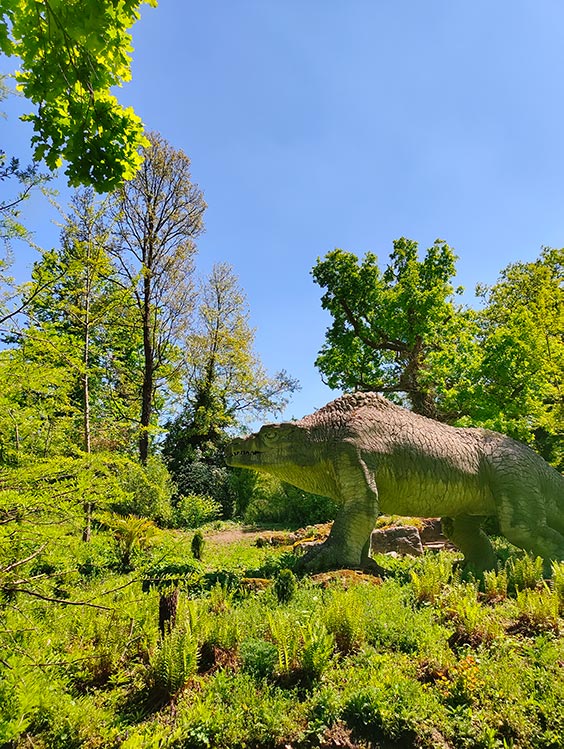 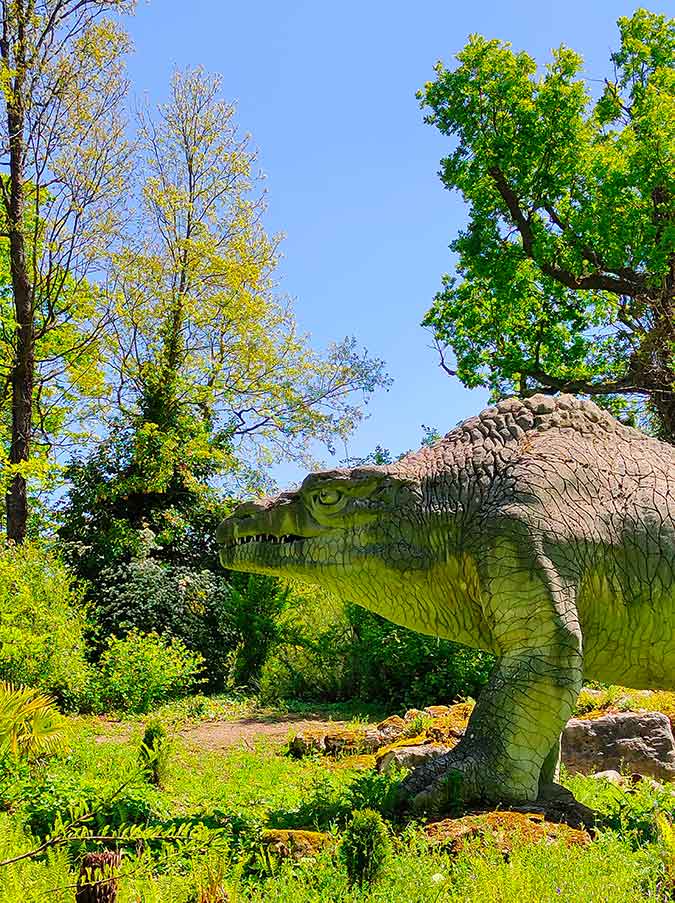 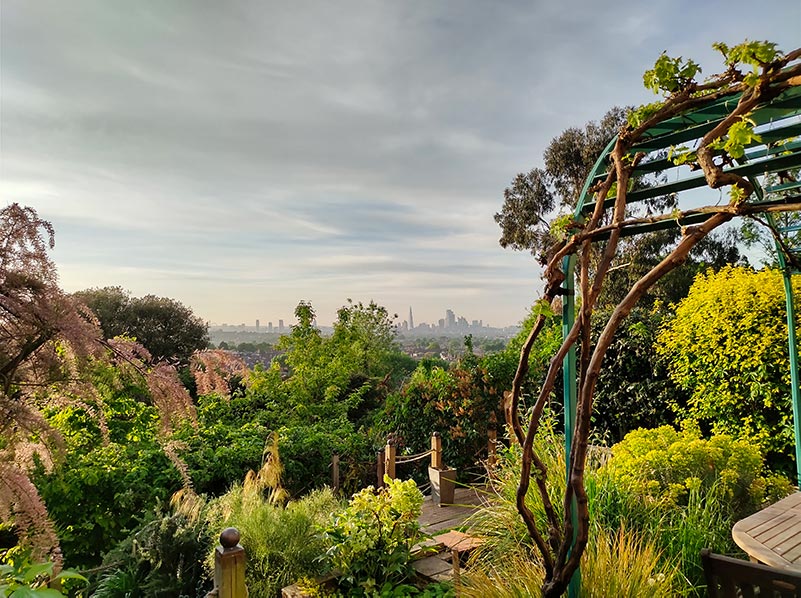 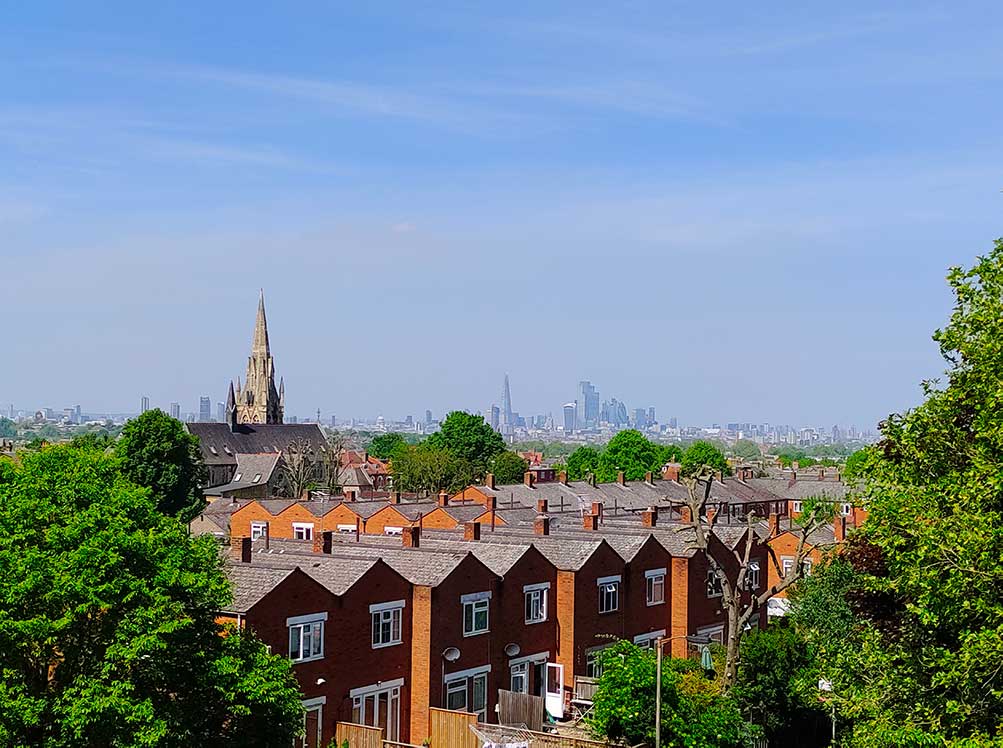 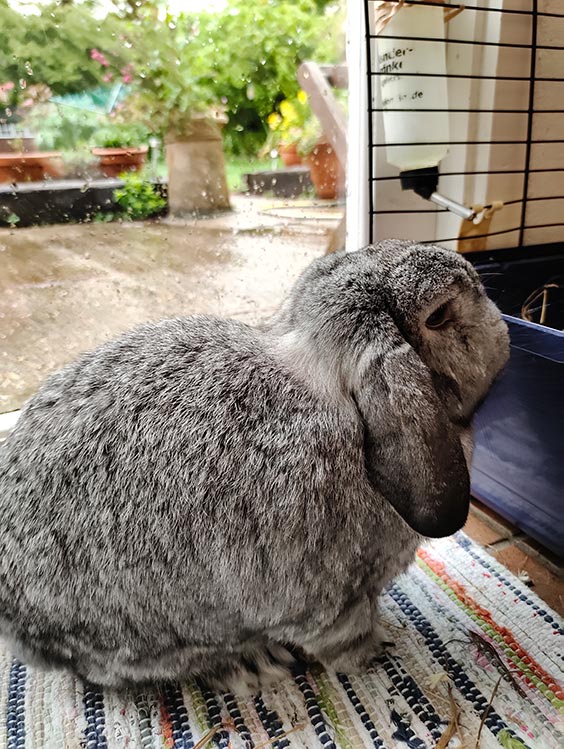 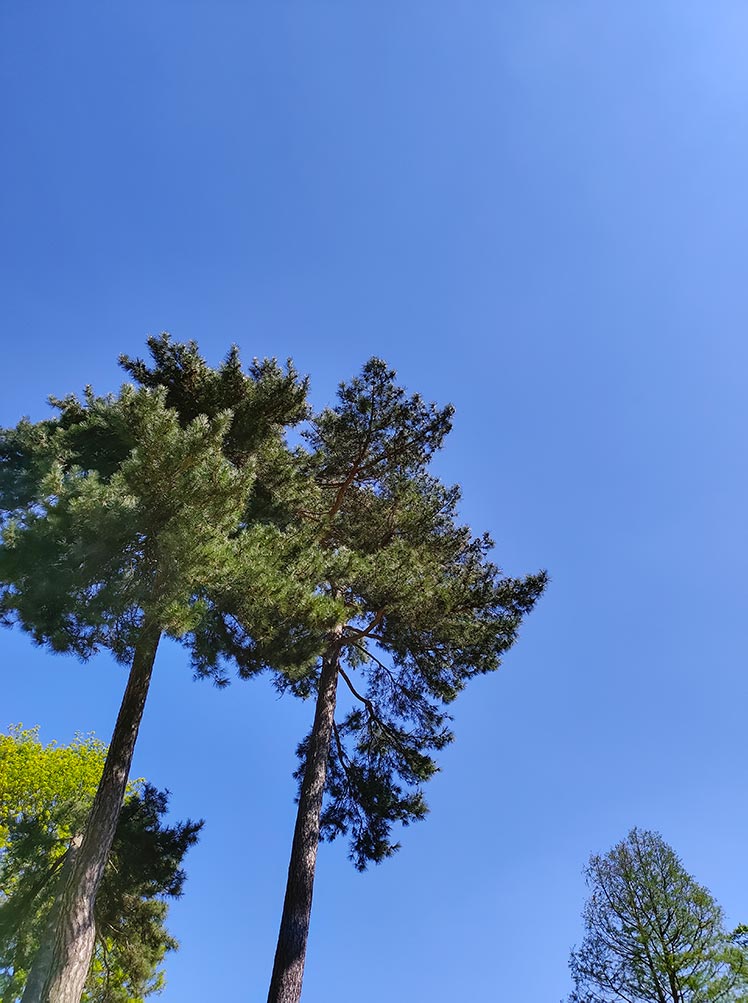 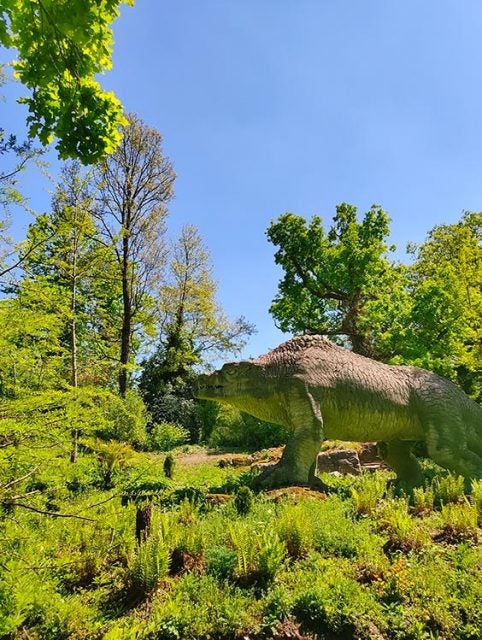 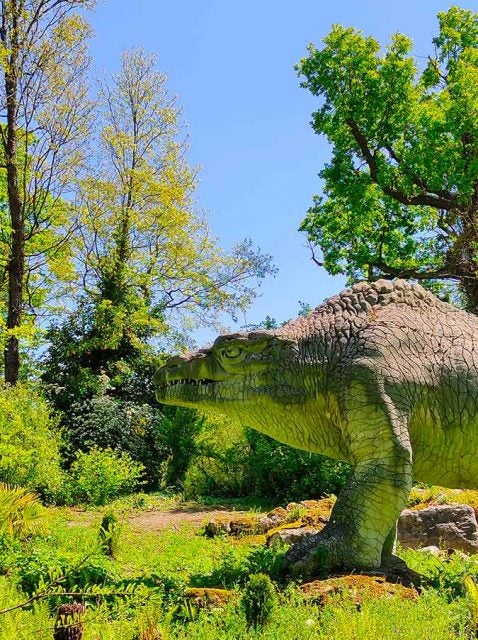 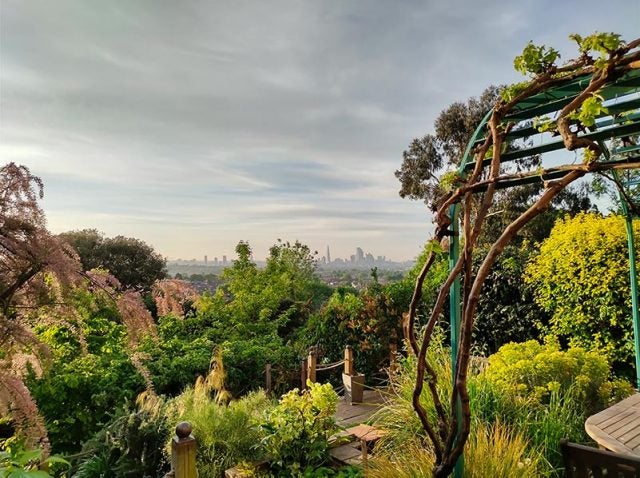 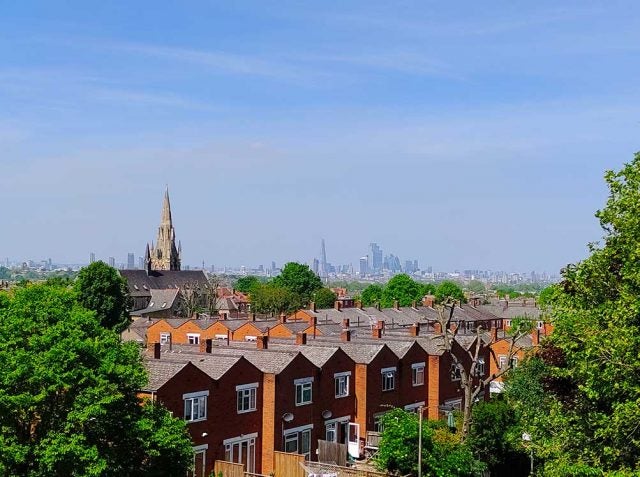 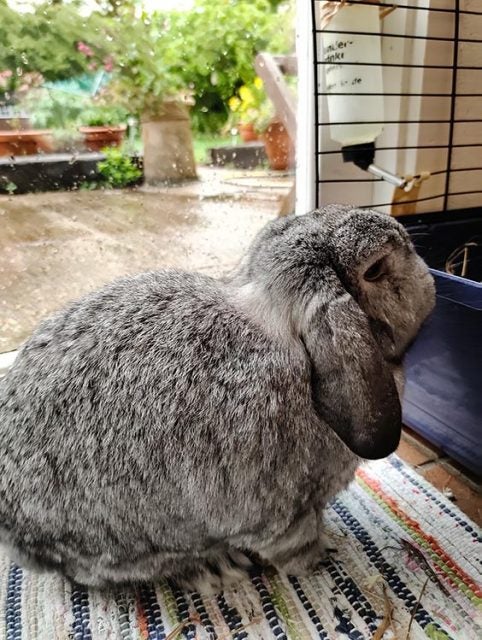 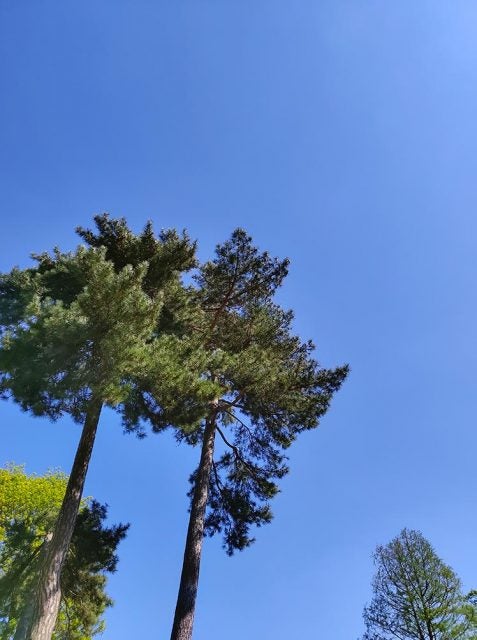 The 10 Pro uses a Snapdragon 675 processor and 6GB of RAM, and its performance is snappy, rather than outright speedy.

It can manage multiple tasks pretty well, and app loading happens quickly. However, we did notice some app closures and stuttering. Of course, we’re not certain how much resource TCL’s UI and app launcher are using, so this might be a factor.

Gaming on the 10 Pro is… okay. You won’t be able to go for marathon sessions on PUBG Mobile, but it can run the game smoothly enough at a decent settings level. The battery life on the 10 Pro takes a serious hit as soon as you start gaming, though. 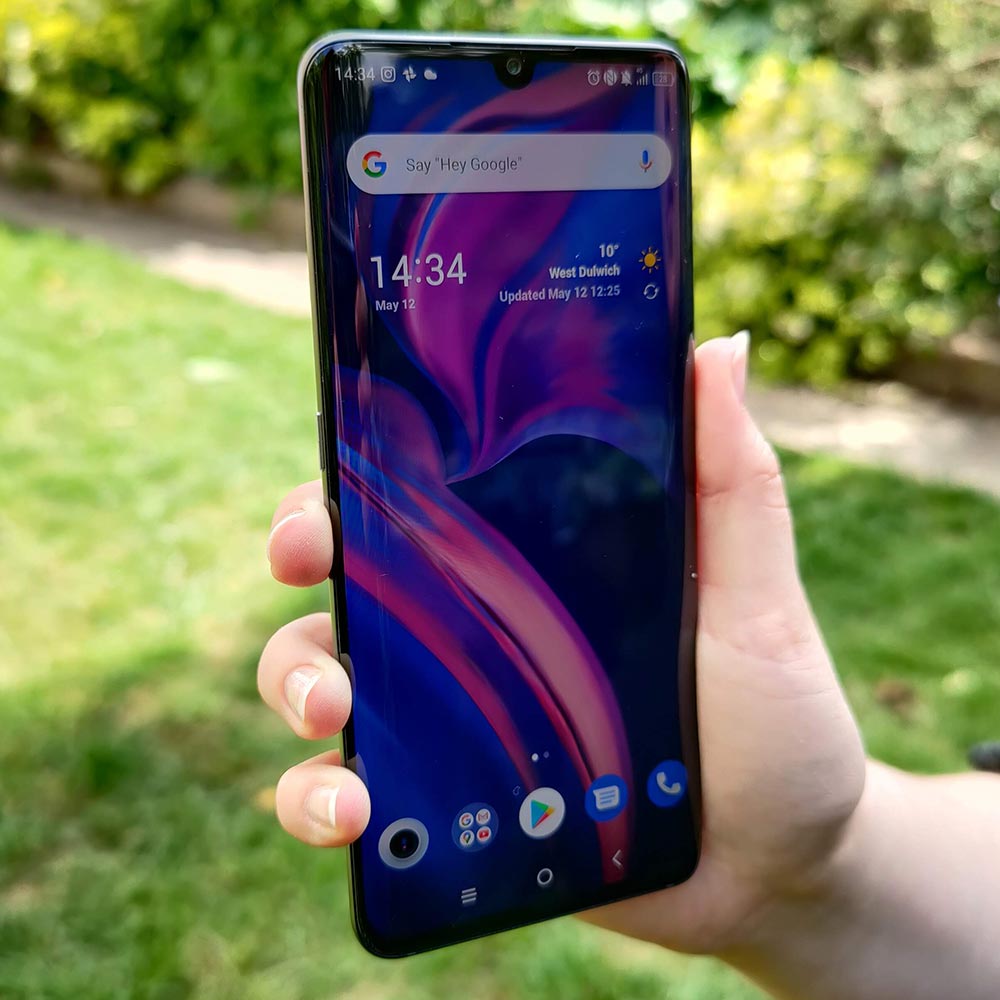 The 10 Pro has a fairly large 4,500 mAh battery and, typically, we’ve been able to get more than 24 hours from a single charge – which is pretty impressive. However, we’ve been getting around six to seven hours of actual screen time, which is fairly middle of the road.

All told, the 10 Pro’s battery life should be more than adequate for most people. Like most other phones these days, the 10 Pro gets some fast charging tech. In the box, you’ll find an 18W fast charger, which TCL claims will give you 50% charge in 35 minutes.

TCL 10 Pro Software and Ease of Use

While the 10 Pro has no glaring issues as such, it does have some problems which can become genuinely irritating.

Let’s start with authentication. As we mentioned above, there’s no rear-mounted fingerprint sensor. Instead, you can login with the in-display sensor, or with the 10 Pro’s face unlock system – neither of which are particularly good. The fingerprint sensor isn’t wide enough, making it seem particularly finicky about where you position your thumb on the screen.

Having both systems perform relatively poorly is more annoying than having a single, poorly performing system. You never quite know what you’re going to get, and authentication shouldn’t be like a box of chocolates.

Our second big issue with the 10 Pro is its physical Google Assistant button. It is exactly the same size and shape as the power button, and despite being on the other side of the phone, it is far too easy to press it accidentally. Why any phone needs a physical button for Google Assistant is quite beyond us – you can already summon it with your voice, or by long-pressing on the home button.

Our final big gripe is that the 10 Pro has a lot of bloatware. We counted 18 apps that either duplicated existing Android features (TCL’s own calculator, browser, and Video apps), or were for TCL-specific features. The NXTVISION tech we mentioned above has its own dedicated app, though it could easily be located in the Settings menu. It also has a pre-installed infrared remote control app for TVs, speakers, and more.

Fortunately, the bloatware and Google Assistant button don’t make the phone unusable. The authentication issues, however, can get pretty grating after a while.

Despite not being perfect, it’s hard to argue that the TCL 10 Pro isn’t good value for money at $449.

It has a very nice screen, slick performance, and is good-looking and well-built. However, the lack of polish in the bloatware and authentication system is irritating, and the cameras’ oversaturation might not be to your tastes.

Sadly for TCL, the 10 Pro has serious competition at this price point. The Pixel 3a and 3a XL are exceptional value for money, have better cameras, and are easier to use. At $399, the 3a is cheaper and smaller than the 10 Pro, while the $479 3a XL is bigger and has a better OLED display.

The iPhone SE, on the other hand, has three big advantages. Firstly, it’s faster – in fact, the iPhone SE, with the A13 Bionic chip, is faster than pretty much all Android phones on the market, irrespective of price. Secondly, it’s easier to use, with a UI that's slicker and more accessible for most people. Finally, it’s an iPhone, and prospective users won’t have to spend ages explaining what it is, who the company is, and all the rest – it’s just an iPhone.

Find out more – The Best Budget Phones and Cheap iPhones

In our view, the 10 Pro isn’t the phone to buy at this price point just yet. If TCL makes a successor – and we really hope it does – then that will be the phone to buy. There’s a lot of promise in the 10 Pro and TCL’s UI, and we think that the company could be onto something good here – it just hasn’t got there yet. 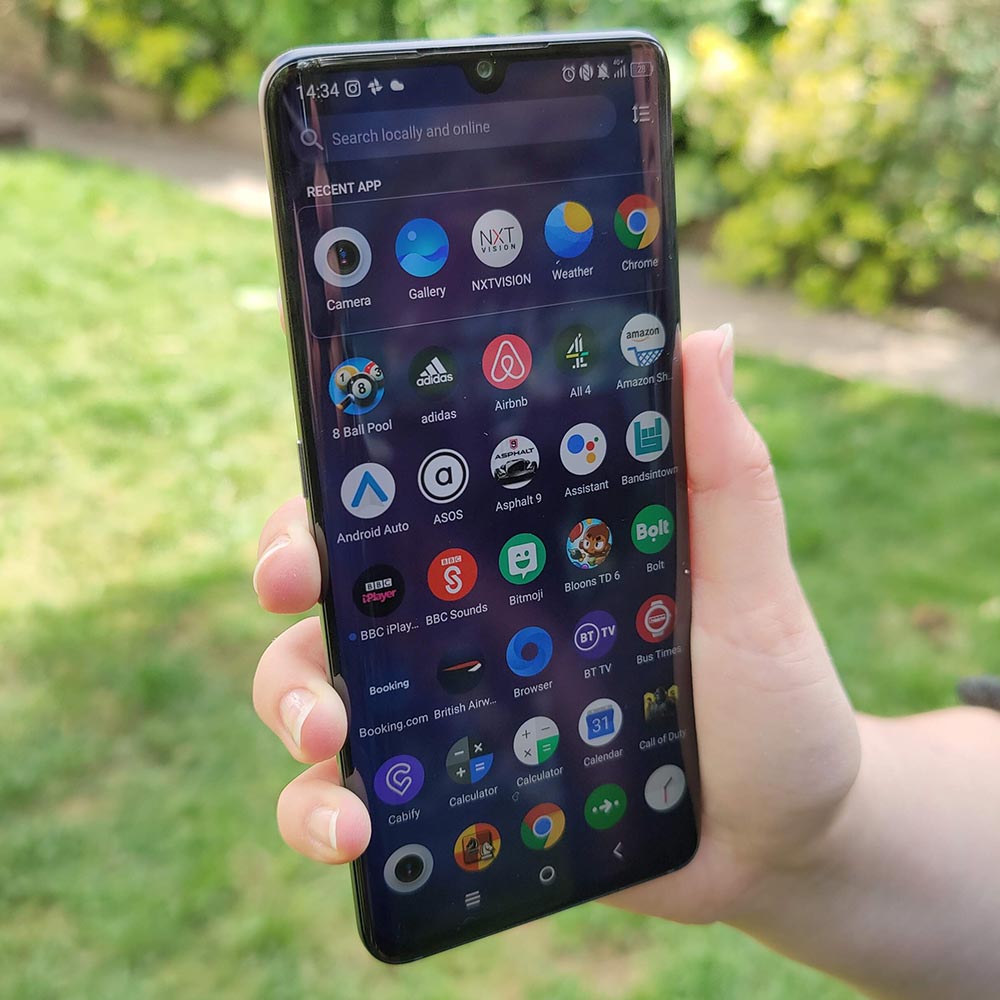 The 10 Pro has the makings of a fantastic phone. However, there are some flaws which make it a bit grating to live with in the real world.

For now, we'd have to say don’t buy the TCL 10 Pro – there are better options at this price point. But, when TCL makes this phone’s successor, it will likely be well worth a look.