A slow-running phone will make your life a misery – sending a text turns into a minute-long debacle as your messages app crashes and, with your phone grinding to a halt, you think “It’s 2023, there must be a better way!”

Fortunately, there is. With the simple fixes we’ll outline below, as well as specific remedies for aging iOS and Android devices, your phone will be feeling as good as new in no time.

Don’t put up with a slow phone. We explain how to speed up your phone in no time at all.

If you’ve tried all the fixes below and still had no luck, you may want to consider an upgrade – check out our guide to the Best Phones for 2023

It’s a tired cliche, but phones are like mini computers in your pocket. That means, they suffer from many of the same maladies that can afflict old PCs. These include:

In this guide we'll tell you:

How to Speed Up a Slow Phone

Despite the hotly-contested differences between iOS and Android phones, the essential functioning of both systems is similar. As such, there some general tips that will help you recover the oomph your phone loses over time.

There’s a good chance that you use your phone for browsing the internet more than you use your actual computer. This means your phone’s web browser, whether that’s Chrome, Safari or Opera, is storing loads of data. Deleting it can save you storage space, and speed up your phone’s browser, too.

Clear the Cache on an iPhone

This is using the Chrome app, if you use an alternative browser, the steps might be different Open Chrome > More (the three vertically-aligned dots) > History > Clear browsing data > Select time period. Then, check the boxes next to “Cookies and site data” and “Cached files and images” > Clear Data 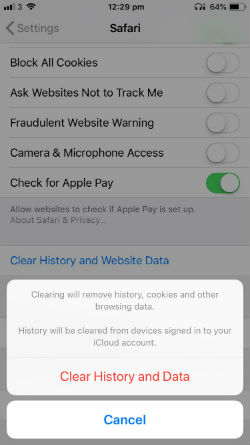 How to Update Your Phone’s Operating System

You might hear some people complain about updates to their phone’s operating system. Perhaps they don’t like the new design, or they’re annoyed it’ll take up more storage on their phones.

However, each iteration of Android or iOS comes with improvements to the speed and security features, plus bug fixes that can have a speed boost.

How to Update iOS

On an iPhone or iPad, tap Settings > General > Software Update

You can also turn on automatic updates, which will update iOS when your phone is plugged in and charging between 2am-5am – neat, right?

How to update Android

It’s always worth backing up your data before you start to update Android, when you've done that go to Settings > About Phone/Device > Software Update (or similar). Your phone will now search for an update. If there’s an update available you’ll be prompted to install it.

You can also schedule the update for later, or turn on automatic downloads. 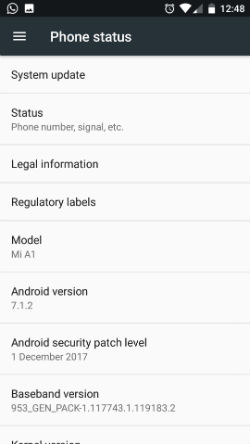 How to Delete Apps You Don’t Use

Deleting apps might not seem like the most obvious way to speed up a phone. After all, if you’re not using them, how can they slow you down? However, having more storage space on your phone means that its processor can work more efficiently. So, if you’re not using apps, it’s a no-brainer to free up some space by removing them.

How to Delete Apps on an iPhone

There are two ways to remove apps on an iPhone

The easiest way to delete iPhone apps is by simply pressing and holding the app you want to delete and, once it begins to dance around on your screen, tap the “x” in the top left corner.

However, by dipping into your settings menu you’ll see the apps arranged by size, along with the last time you opened it.

You can also Offload apps which frees up the storage required by the app, but the documents and data it creates during usage is retained. Useful if you’re in a pinch and don’t have much room to play with.

How to delete apps on Android phones

You might not be able to delete all the apps on your Android phone, but you can disable them so they won’t show on your app list.

Deleting an app Settings > Apps & notifications. Select the app you want to uninstall. Or tap See all apps or App info if you can’t find it, then tap Uninstall 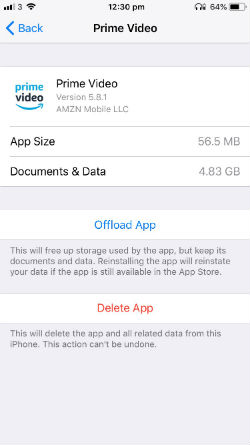 How to Close Apps

Closing these apps will stop this process and give your phone a speed boost.

How to close apps on iOS

How to close apps on Android

There are a few ways to close apps on Android, but this is the easiest.

Tap the Overview button (usually, the square right of the Home button, on Samsung’s it's on the left) > You’ll then see a list of open apps > Drag the app off screen or tap the “X” in the top corner of the app window 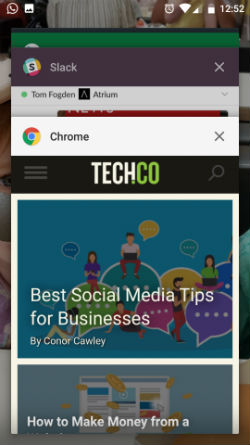 Speed Up a Slow iPhone

There are a few specific tricks you can use to speed up a slow iPhone.

Your iPhone’s digital assistant, Siri, is constantly indexing apps and content to help make your life easier. The theory is that you’ll use Siri to search for things online, and on your phone itself which will speed up the way you use your phone.

However, for older iPhones, this can lead to some slowdown. You can alleviate the strain Siri puts on your phone by switching off some of the apps it suggests.

How to stop Siri suggestions

iPhones are constantly working in the background to try to make your experience as slick as possible. This can be anything from automatically downloading synced content from Apple Music or the App Store, or it could scanning the News app for new stories, or Amazon for product recommendations.

However, on older iPhones in particular, this might make your phone a bit sluggish.

How to stop background app processes

iPhone still running slowly? You can try Apple's support pages but getting a new one might be your only option 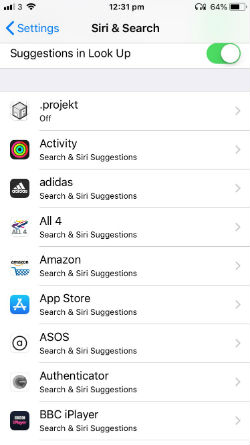 Speed Up an Android Phone

There are also some unique ways to speed up an ageing Android phone as well.

As there are so many Android phones available, it’s easy to understand that not all of them will be able to run apps at full speed. As such, some developers have taken to creating Lite versions of their apps which require less processing power.

There’s a Lite version of Facebook, for example, and a Messenger Lite. These were designed to work on cheap, lower-power phones running on 2G connections. But, these apps can be installed on any Android phone – simply download them from the Play Store.

The Launcher, is, effectively an Android phone’s home screen. It’s where you can see your apps, widgets and certain notifications. Android phones come with Launchers already installed, and these are often specific to each manufacturer.

However, some manufacturers, such as Samsung and LG, have been known to use Launchers that are loaded with bloatware. Fortunately, you can install different Launchers, which will require less heavy lifting from your phone.

Installing a new launcher is similar to installing a new app. You’ll need to visit the app store, download the launcher and then, when you tap the home button, your phone will ask you which launcher you want to be your default option. Popular launchers include the Nova launcher, Lean Launcher and (perhaps surprisingly) the Microsoft Launcher.

What If None of This Works?

Try factoring-resetting your phone – it'll clear all the unecessary data your phone might have collected along the way, but make sure you back up all your important stuff such as your contacts and photos.

If that still can't give your phone a speed boost, the only thing left to do might be getting a new phone. We've rounded up the Best Phones for 2023 to make your choice super easy.

Struggling with a slow PC? Check out our how-to guide for tips on how to speed up your computer or laptop too. 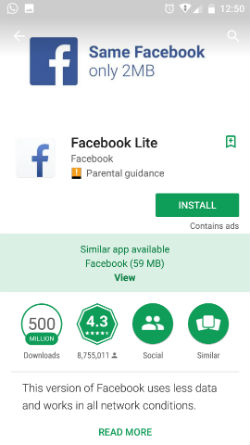