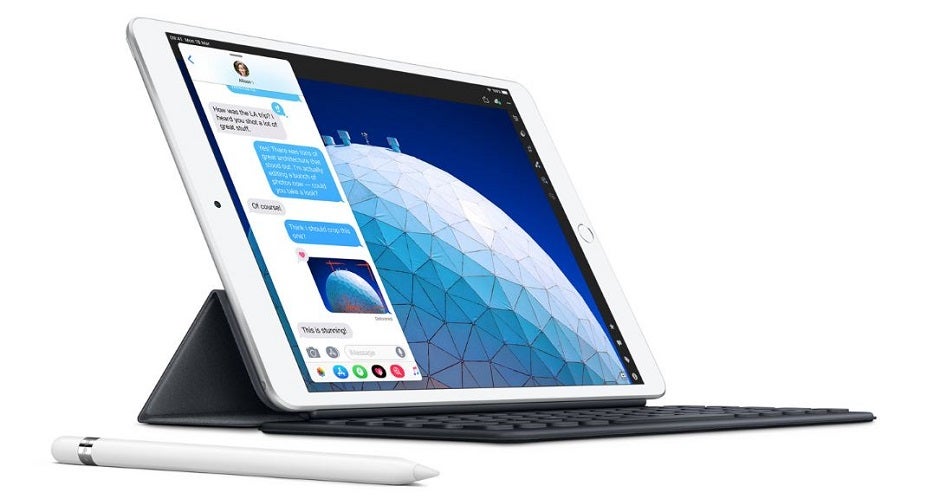 Back from the dead with something to prove
4.0
In Short

The iPad Air is back after a long hiatus, but with its crown as the premium iPad since taken by the Pro, and the much better value 9.7 iPad and iPad Mini models vying for your attention, can the Air reclaim its past glories? While this is undoubtedly a brilliant tablet, it's simply more than most iPad buyers will need – especially now the cheaper iPad 10.2 has had an update.

For many years, the iPad Air had been missing, presumed dead. Originally announced in 2013, the original model was quickly followed up with the iPad Air 2 in 2014, and then… nothing. Many of us assumed that Apple had simply replaced it in 2015 with the Pro range, and yet, in 2019, the company announced a brand new Air, boasting new specs that it claimed made the device three times more powerful than its 2014 incarnation. Can Apple breathe new life into this iPad?

Apple haven’t reinvented the wheel with the Air’s design. One look at it, and yep, it looks like an iPad. However, there are some subtle changes that differentiate it from the 9.7-inch iPad.

Firstly, the bezels are slimmer. That’s because the display on the Air is actually 10.5 inches – so you’re getting more screen for your money – but the actual size of the iPad isn’t increased by much, thanks to those thinner bezels. You might wonder if the larger display makes much difference over the 9.7-inch iPad – and yes, you will notice that extra space in use. In fact, you might struggle to go back to the standard iPad screen afterwards. 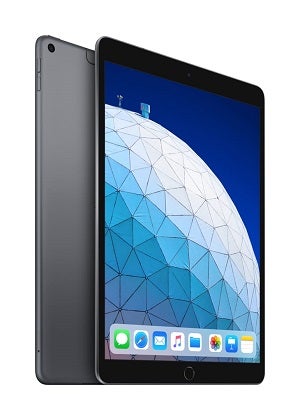 Naturally, the Air has a Retina display, with a resolution of 2048 x 1536. The result is a clean, crisp image that replicates tone and colour brilliantly. Apple has long made excellent displays, and the Air doesn’t disappoint.

The Air also has True Tone technology, which might sound like made up pseudo-science to stick on the box, but in practice means that the screen’s colors will subtlety change depending on the environmental lighting. With it, colors shouldn’t seem as dull and muted in sunlight, compared to indoors. It’s no magic bullet – most displays look much better sheltered from the sun – but it certainly helps, and this is particularly notable when it’s compared side by side with a lesser tablet.

The Air features Apple’s A12 processor, which is the same one that you’ll find in the iPhone XS. It’s a powerful chip, second only to the A12x, which is currently reserved for the Pro series.

In daily use, the A12 makes for a super-snappy experience. Apps open quickly, and swapping between activities is smooth and hitch-free. The average user probably won’t notice the performance boost over the standard iPad in daily use, but if you’re the sort of person that likes to stretch your devices with demanding tasks, the Air is up to the challenge. Sure, it’s not quite as powerful as the Pro, but it’s a good inbetweener for those without the need (or the budget) for Apple’s high end slate.

The Air’s battery life stands proudly among its tablet fraternity, netting you about 10 hours in video time, or 9 hours if you’re browsing the web. Those are Apple’s official figures, but in the real world, we’ve found that it’s easy for the plucky tablet to exceed these. It’s not uncommon for an iPad to happily live for days on end without a need to visit the power outlet, and the Air is no exception. In short, the Air – much like all iPads – possesses stamina that is almost unparalleled.

The Air is also notable for being the cheapest iPad that is compatible with Apple’s Smart Keyboard, which does a great job of converting it into a laptop challenger – especially now that Apple is adding mouse support with iPadOS. The Smart Keyboard ain’t cheap, at $159, but it’s still the most inexpensive way to get the official Apple iPad and Keyboard experience. It should be noted that the 9.7-inch can be used with a keyboard via Bluetooth, but you’ll be stuck with a third party version.

Want more choice? Check out our guide to the entire Apple iPad series

Despite bridging the gap between the 9.7-inch iPad and Pro, the Air leans more towards the former when it comes to design. Unlike the Pros, the Air retains the Home button – there’s no facial recognition to unlock here. However, you’re also not paying the higher end price of the Pro. With the Air starting at $499 and the Pro $799, you can’t expect all of Apple’s top end features.

The Air also introduces Apple Pencil compatibility for the first time, which isn’t much of a surprise, given that the entry level 9.7-inch iPad got it last year. It’s great for scribbles and squiggles, but at the risk of sounding spoiled, we would have loved it if the Air was compatible with the Apple Pencil 2 – as it is, you have to make do with the first generation version, which offers fewer features. It’s not a deal breaker, but given that Air owners are paying more, it seems a bit tight of Apple not to upgrade us.

The Air isn’t a huge leap up from the 9.7-inch iPad – what you’re paying for is a faster processor, slightly larger screen, and a better front camera. Which one to go for depends on your needs, and whether or not you think it’s worth paying out an extra $170 (at least) for better specs. For the average user, we don’t think the upgrade is worth it, but gadget fiends will be happy they traded up.

The Air occupies a slightly odd middle ground between the 9.7-inch iPad and the Pro. It’s closer to the former than the latter, with the Pro representing a much bigger leap in the iPad line up. If you want the best iPad out there, go Pro. If you want a great iPad with excellent battery life and a decent processor, go 9.7-inch iPad. However, if you can afford to stretch to the Air, you’ll get yourself one of the best tablets on the market, with specs that will last you a long time before the need for your next upgrade.