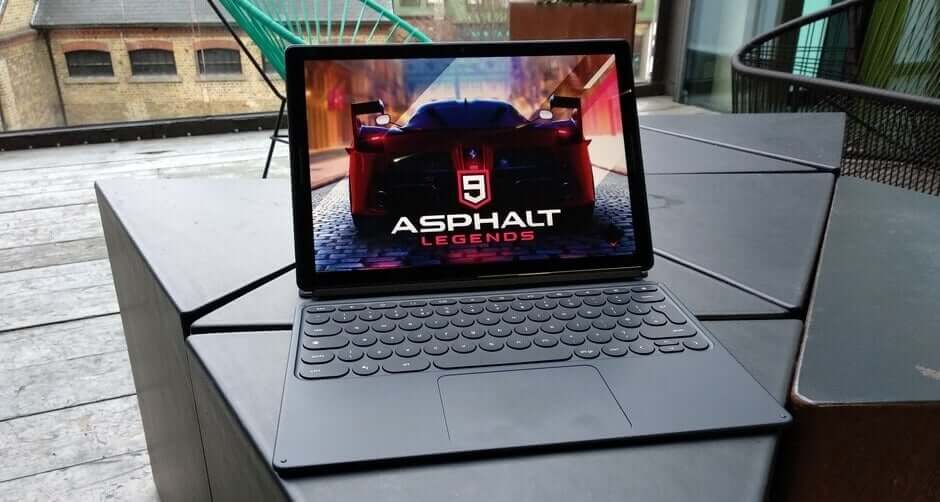 The Google Pixel Slate is a 12.3-inch tablet (for the most part), and the company's logical successor to 2016’s Pixel C. However, it’s something of a different beast to most other tablets. It runs Chrome OS as an operating system, usually reserved for Chromebooks. The Pixel Slate straddles the line between tablet and laptop without ever committing to either, which works both in its favor and against it.

What is the Google Pixel Slate?

The Google Pixel Slate is Google’s shot in the arm for the Android tablet market (while Android tablets aren’t on their deathbed, they certainly ain’t looking healthy). It does this by effectively making the Slate half tablet, half Chromebook, favoring the Chrome OS in place of the standard Android platform.

It’s not the first tablet to use Chrome OS – that honor goes to the Acer Chromebook Tab 10. But, given that this is Google’s own device, moving over to Chrome OS and away from Android is notable.

So, what exactly is Chrome OS? Well, it’s essentially a more ‘desktop’ interface than you’d find on a traditional tablet. More importantly, it runs the full-fat version of the Chrome web browser. This means you can add extensions, offering the full Chrome experience out of the box – essential for true devotees.

Make no mistake, the Slate is a truly impressive tablet, and one that will power through work or entertainment tasks.

There’s a gamut of options available when it comes to the Slate’s tech specs. It starts with an entry-level Intel Celeron processor. Although its price tag is reasonable at $599, it seems like buying a Porsche and only driving it in first gear.

For serious performance you’ll want to pick up the 8th Gen Intel i5 or i7 models, which come in at $999 and $1,599 respectively. We used the Intel i5 model for our review, with 8GB Ram. As we expected, it kept up with everything we threw at it, maintaining solid performance.

For an extra $600, it feels harder to justify going for the i7 over the i5, unless you really plan on battering this thing with demanding applications (it’s worth noting that the i7 doubles the Ram to 16GB).

The ruin of many a mobile device, speakers rarely cut it, and all-too-often we’re forced to put up with tinny audio, or break out the headphones.

The Slate, however, manages some of the best speaker quality we’ve heard from a tablet. Not only can you crank it up pretty loud, but it’s delivered crisply, and there is honest-to-goodness bass happening in there too.

Couple this with the pin-sharp, large 12.3-inch screen, and you’ve got yourself a damn fine portable streaming device.

A quick word on using headphones by the way – Google has followed Apple’s lead (no pun intended) and ditched the headphone jack. On the plus side, Google does include a USB-C-to-headphone-jack convertor in the box.

It’s no secret that the iPad Pro’s Retina display is the tablet screen to beat. And the Slate’s screen might just beat it.

Let’s start with the sharpness – the Slate has a pixel density of 293 Pixels Per Inch (PPI), outdoing the iPad Pro 12.9-inch, which offers 264ppi.

Streaming movies on the large screen gives a clarity and sharpness that really will bolster the quality of your latest Netflix binge. Colors are vibrant, and movement is handled without any loss of detail.

If we were to criticize the screen for anything, it would be that’s it’s just a little too reflective. Hit a dark scene in a movie, and the black color reproduction effectively turns the display into a mirror, revealing your own gawping face staring back at you. Whether or not that’s very flattering, it takes you out of the experience.

Using the Slate is a natural experience, and you can zip between applications smoothly. Security is handled by a fingerprint sensor on the power button, and positioned in a sensible enough place to be able to comfortably wake up the tablet.

The Chrome OS interface is pretty self-explanatory, and although there might be a few quirks that throw people not used to dealing with an OS outside Windows or MacOS, the learning curve is gentle and you’ll soon be moving between apps and finding yourself around without issue.

The official Google keyboard is incredibly sturdy on a flat surface, with a strong magnet holding the screen in place and in the position of your choice (the iPad keyboard can only manage two – pah). It feels, for all intents and purposes, like a Chromebook.

The interface even smartly switches from tablet to desktop mode as soon as it’s docked with the keyboard. The keys are springy and responsive, and naturally, it’s backlit too. Yes, the keys are circular, but it’s a purely a cosmetic choice that doesn’t affect your typing.

Google states that battery life is around 12 hours. While we didn’t manage to fully exhaust it, we found that after a day’s on-and-off use, the Slate still had plenty of juice left it in for another day.

Is the Pixel Slate the perfect tablet? Well, not quite.

The Pixel Slate that comes out of the box is a tablet, through and through, but add the keyboard and you’ve essentially got a Chromebook at your fingertips.

The snag is that the keyboard – pretty much essential, in our view, for the full Slate experience – is a $199 extra expense. While the Slate works as a tablet, the ChromeOS feels designed with a keyboard and trackpad in mind – it is after all the Chromebook operating system of choice.

The same is true of the Pixel pen stylus. It’s not quite as essential to the setup as the keyboard is, but it’s a cool little device, and it feels wholly natural to take notes, magnify and scroll with.

The Pen has some neat tricks up its sleeve, too. Enable Google Assistant then circle images or text on screen, and it’ll bring up extra information and links to the subject. It’s the sort of thing you’ll happily use to showcase your Slate to your pals. Again though, it’s an extra $99.

Both these peripherals really do compliment the Slate well, but also add $300 to the asking price.

Curiously, some of the main competition the Slate faces comes from Google’s own stable. If you’re after a premium Chrome OS experience, then the Google Pixelbook should be on your shopping list.

While it’s the priciest Chromebook you can buy, the Pixelbook is still better value than the Slate. With all the accessories and a minimum i5 processor, the Slate is an excellent package, but a pricey one at just shy of $1,300.

The equivalent spec Pixelbook to the i5 model we tested is currently $749, and of course, that has a keyboard included (not to mention double the storage space). With its keyboard attached, the Slate is actually heavier than the Pixelbook, too.

Of course though, the Pixelbook can’t function as purely a tablet, and the Slate has it beat on some key features, including screen resolution.

The Slate is a beast of a tablet with its 12.3-inch screen, and it’s a hefty one too once you add the keyboard, weighing in at 2.7lbs, versus the PixelBook’s 2.4lbs, as an example.

If you’re wondering how it stacks up against the 12.9-inch iPad Pro, it’s heavier, with Apple’s largest tablet coming in at 2.29lbs with the official keyboard attachment.

This isn’t an issue for the most part, and it works best when on a desk or flat surface, but you wouldn’t want to carry it around with you all day.

The Google Pixel Slate is a nice enough tablet in its own right, but adding the keyboard and pen elevates it way above just another high-end tablet. While this is true of the iPad Pro too, the fact that the Pixel Slate is designed around Chrome OS, ostensibly a ChromeBook operating system, it really does feel like an incomplete experience without them.

Is the Slate an essential tablet? Well, no. But it’s sure as hell an impressive one, and feels every inch the premium product that Google has priced it as. If you’re deep into the Google ecosystem, and want a tablet over a ChromeBook, then you won’t find a better tablet than the Slate.