Compare Phone Systems Prices Do you already have a phone system?
Yes
No
Compare & save, it only takes a minute.
Home Business Phone Systems
RingCentral
A diverse VoIP platform with attractive pricing
In Short

A cloud-based phone and video platform provider, with decades of experience in the industry, RingCentral has a range of packages depending on company need.

RingCentral offers packages both annually, and monthly, with a 33% discount if purchased in advance.

RingCentral has over twenty years experience in the VoIP space, and offers a wide range of voice and video cloud-based solutions to suit your business.

It offers integration with essential software packages includingZenDesk and Salesforce. However, this is integration is not unique to RingCentral, and many reviews say issues have arisen upon installation, so do your research before making the call.

Think RingCentral might be right for your business? Use our quotes tool today to find out exactly how much you can expect your company to pay for the service.

RingCentral is one of the top VoIP phone providers in the world because it offers a wide range of helpful features, even in its lower tiers. If you're looking for a robust, affordable option, these features are a good reason to look at RingCentral for your business communications needs.

Take a look at some of the core features below to give you a better idea of what RingCentral offers the average user.

One of the advantages of RingCentral’s software is that it can be integrated with some common office applications that you may already use.

For Microsoft Outlook, you can directly consolidate voice and fax messages by forwarding them via email to colleagues and clients. Meanwhile, RingOut lets you click to call a number from an Outlook contact, web page or document.

Without the use of additional software, you can connect your RingCentral service with your Salesforce platform, allowing you to send and receive calls from your CRM account.

Additionally, with RingCentral’s call management, you can match incoming calls with existing client contact info within Salesforce, and take automatically-saved notes while on the call. 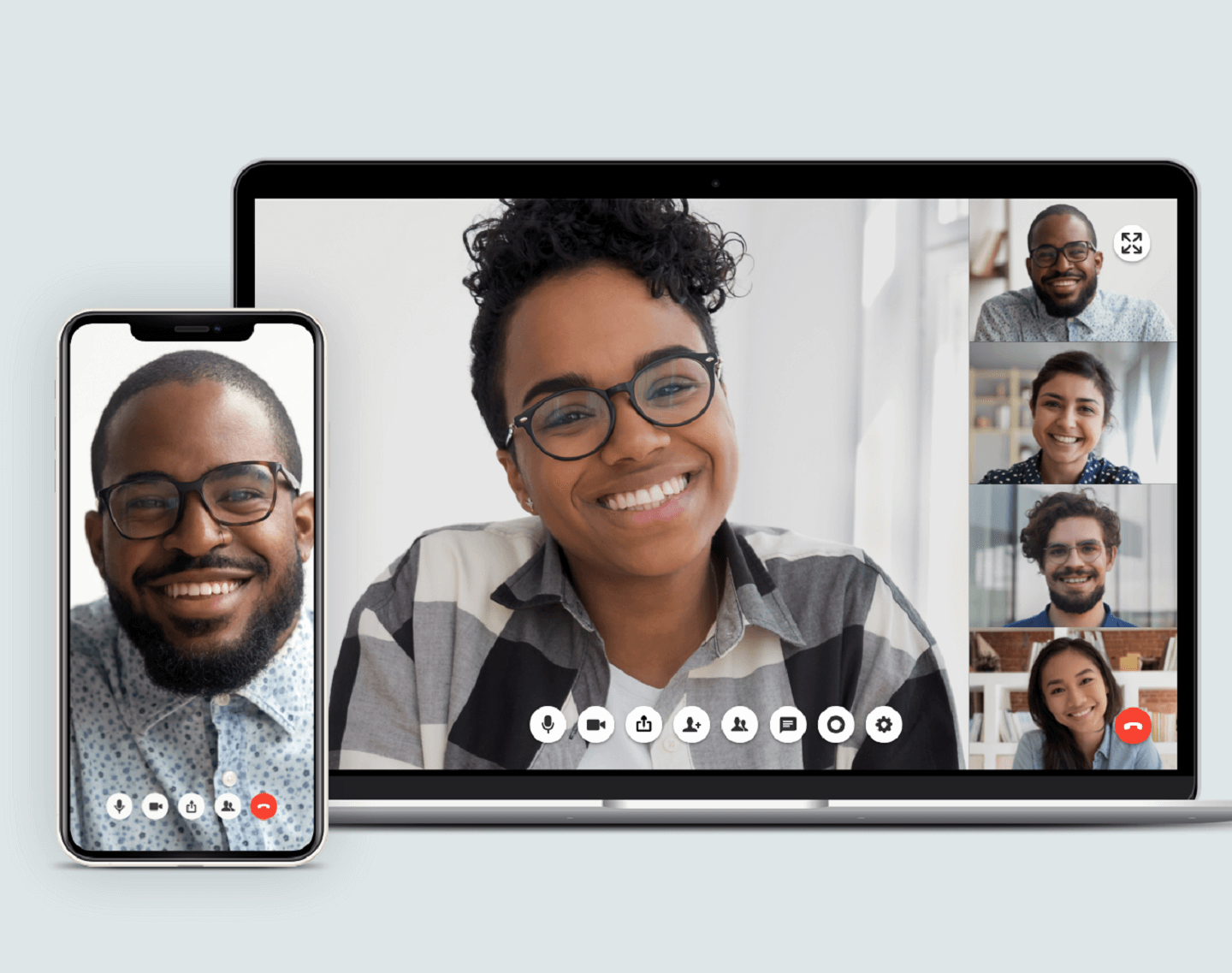 Have you ever used a VoIP system before?

Get started with RingCentral today by getting a free quote

For its phone selection, RingCentral partners with other major telecom providers. They offer a range of IP and receptionist phones, as well as conference and standard desktop devices.

The Polycom VVX-411 is a popular IP phone choice for use with RingCentral VoIP. It includes speakerphone, backlit LCD screen, and allows for up to 10 users on the display. It also comes with a 2-port Ethernet switch that lets your phone and PC share a single network connection. The VVX 411 is $13 per month.

The Cisco SPA514G is another popular choice. It has an advanced receptionist console with HD audio and an Ethernet port, allowing you to connect to a computer or other device. It only has 4-line keys but comes with expansion modules to monitor the phone presence of other colleagues. The SPA514G is $12 per month.

The Voyager Focus UC is a stereo Bluetooth headset that can be used with laptops, mobile phones, tablets, and most importantly, Bluetooth-enabled desk phones. It provides comprehensive noise cancelling technology, and comes with features like Dynamic Mute Alert, which alerts you when you're talking on mute, and smart answering, which automatically answers calls when you put on the headset.

The Blackwire 725 is a corded headset option that is also equipped with features like smart answering and mute alerts, but is tethered to your phones with an AUX cord. It is, however, equipped with a handy remote, that will make pause, muting, and generally using the headset a bit easier.

The Savi 700 Series is a Bluetooth-enabled headset that allows seamless switching between desktop, mobile, and desk phone audio. It's missing some of the features found in the other headsets, but makes up for it with the convenience of three-way connectivity and its 350 feet of wireless range. 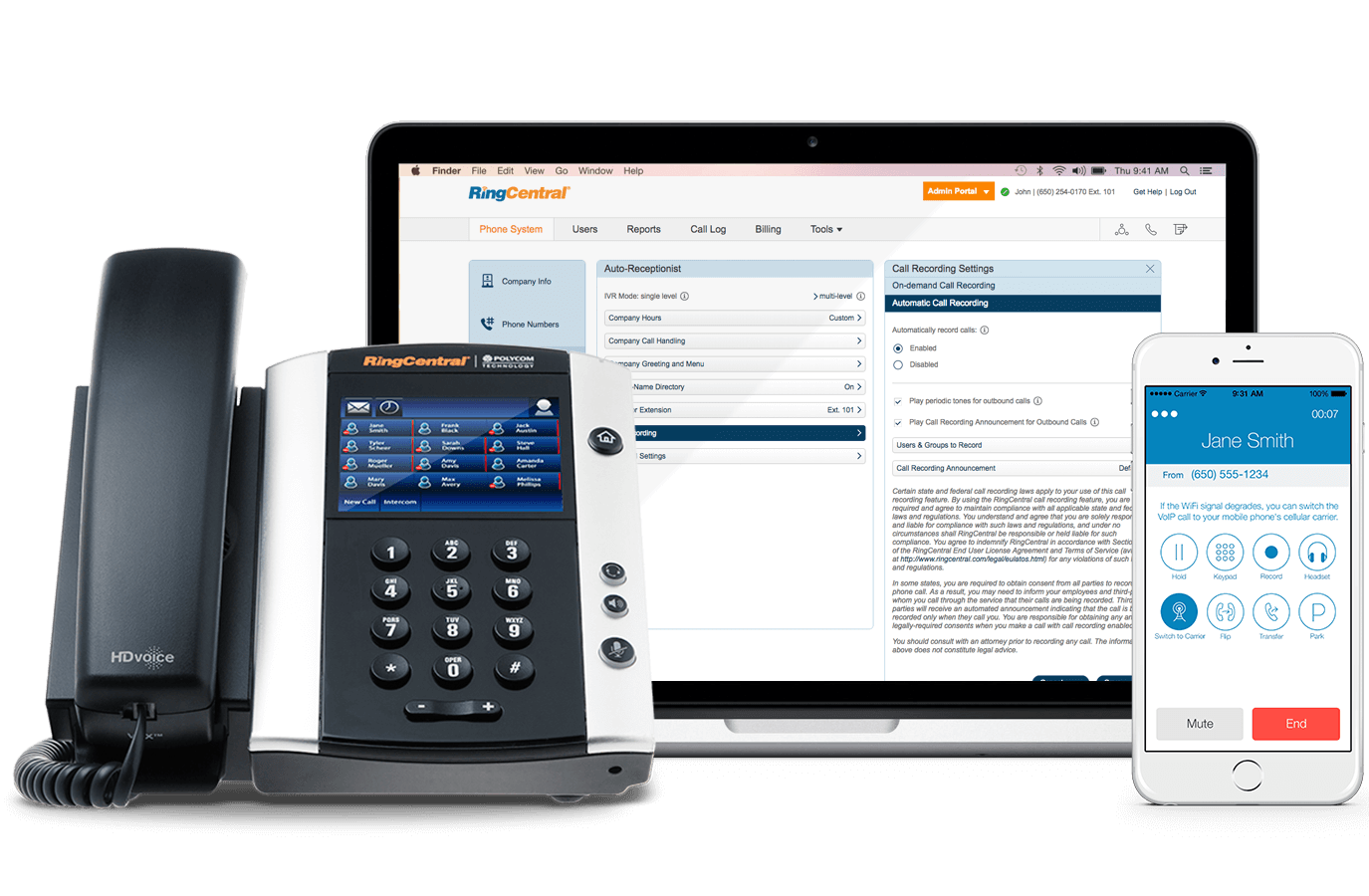 Communicating with your team is one thing, but managing the expectations of your customers is another branch of your company entirely. RingCentral have designed the Collaborative Contact Center to put all your customer service operations in one place, while facilitating collaborative approach that includes your whole team.

The RingCentral Collaborative Contact Center allows you to share files with customers, consult experts, and always makes sure a call or message goes where it needs to. Check out this video to get a better idea of how the feature can help your company.

RingCentral representatives are available 24/7. As well as a dedicated support phone line, there is also a chat function available, and users can also used the dedicated, comprehensive FAQs for assistance.

However, many reviewers have found it takes a long time to get someone on the phone, and issues are not always fixed to the satisfaction of users.

The Essentials plan is the most basic, though it doesn’t skimp on options. For $19.99 per month per user, your company enjoys call management and phone administration, which includes call forwarding and transferring, as well as intercom and paging capabilities.

Next up, the Standard plan, which will cost you $24.99 per month per user. This plan adds an auto-attendant, internet fax and call log reports, as well as additional toll-free minutes, on-demand call recording, and 24/7 access to customer support.

Note: neither the Essentials or Standard plans include Salesforce integration

The Premium plan will cost you $34.99 per user per month, and for the added price, you get access to features like automatic call recording, Salesforce integration, and single sign-on functionality, so you can stay secure while enjoy convenience.

The Enterprise plan goes for $49.99 per user per month, and brings with it some hearty features. For one, the Enterprise package provides you with device status alerts and reports so you know well they're working. Plus, with unlimited storage for files, contacts, videos, or meeting recordings

It is worth noting that many reviews showed that RingCentral's contract agreements are a bit confusing, and have led to serious problems with renewed deals. Make sure you read the fine print before making a decision.

The quickest way to get a bespoke quote for your company is to use our price comparison form today.

RingCentral Glip is a new venture for the company, which was introduced in January 2021. At its core, Glip is RingCentral's attempt to muscle into the video conferencing market, where others, such as Zoom, Google Meet and Microsoft Teams have found a burgeoning business during the ongoing pandemic.

It's answer, Glip, certainly seems a compelling offer on the surface. To begin with, it has a generous free tier, that offers a 24 hour call time (although if your meetings are lasting 24 hours, you should probably have a word with your boss). This is a stark contrast to the likes of Zoom, which puts a 40 minute cap on its free video calls.

The free tier also allows up to 100 participants, and offers extra features, such as file sharing, creating teams and emojis. It certainly seems that RingCentral has benefited from watching other video conferencing services evolve their offerings in the last year, and swept in with a fully formed and highly competitive product.

Naturally, there's also a paid-for tier. Dubbed Glip Pro+, this offers everything that the standard tier does, but adds in a few extra features that businesses like yours may be looking for. To begin with, it can host those big company meetings, allowing for up to 200 participants. Each user also gets an allowance of 100 hours cloud recording, and also included is advanced analytics.

Users who are looking for on-call support should look to the Glip Pro+ package, as this offers 24/7 live customer support through web tickets, chat and phone.

Both the free tier and the paid for tier have integrations with Google Workspace and Microsoft 365, although the Pro+ tier offers more advanced settings, such as recognizing the busy presence in calendars, for example. 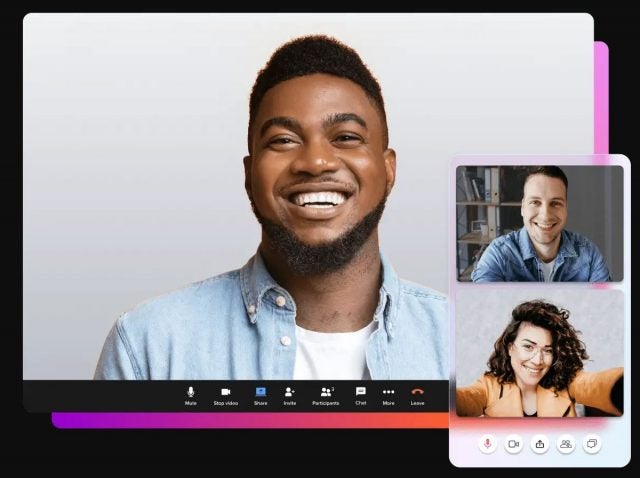 NakedWines.com works with independent wine makers, and distributes their products throughout the U.S. and U.K. As a company of 200 employees spread over 2 continents, they needed a flexible, centralized phone system.

RingCentral provided a single 1-800 number that connected callers with agents in both countries. They also integrated the new phone system with NakedWines.com's existing CRM service, improving calling and dialing efficiency.

RingCentral offers a wide range of services and products that can help your company embrace a cloud telephone and video system.

With its comprehensive pricing plans, RingCentral can provide the right package for your business, whether it be large or small, and the features on offer will give you the tools to improve the communications of your company, both internally and for your customers.

Now you know all about RingCentral, it's time to find out how much it will cost your business. Use our comparison tool for a free, no obligation quote.

RingCentral might be one of the best VoIP providers in the world, but that doesn't mean it's the only one. If you don't think RingCentral is right for you, there are many other options available; you just have to be willing to look.

Below, we've included our in-depth table of VoIP providers, which shows prices, ratings, and core benefits, so you can get the fullest picture possible of your VoIP system options.

close Get a VoIP phone system that's perfect value for small and growing businesses Try Ooma
We use cookies. By browsing our site you agree to our use of cookies.