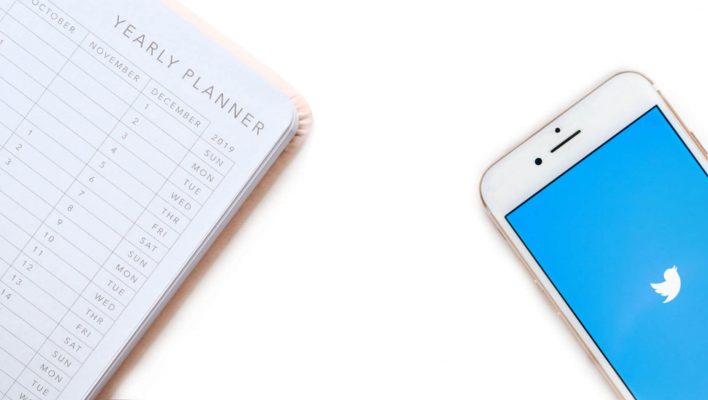 The tech world has been through a lot this year. From foldable phones to 5G networks, the hi-tech future of sci-fi lore is finally becoming a reality. We’ve even seen the launch of a brand new Tech.co, which is certainly a cause for celebration. And what better to celebrate all the incredible accomplishments of the past 12 months than basking in the awkward glory of the most cringeworthy tech tweets of 2019.

We’ve had everything on Twitter this year from the tech industry, including uncomfortable divorce announcements, shocking presidential missteps, and hilarious product-launch fails. So pour yourself a cup of tea, sit back, and revel in the shame of these…

Twitter provides an ideal environment for sharing all sorts of content with the world. From new job announcements to hot takes on political hearings, the social media platform is designed to start conversations and breed a sense of community. However, Jeff Bezos may have taken that point of view a bit too far.

To kick off 2019, Bezos tweeted out his divorce announcement, which generally made us all feel pretty weird. Granted, it’s 2019, and where else would the world’s richest man announce a split from his wife of 25 years, right?

An article about cringeworthy tweets wouldn’t be complete without mention of (arguably) the world’s most eccentric entrepreneur, Elon Musk. The founder of Tesla, SpaceX, and the Boring Company has taken to Twitter on more than a few occasions to express his feelings, and it’s gotten him into trouble, sometimes even with legal ramifications.

On the other hand, Musk’s tweets often simply demonstrate just how eccentric he really is, in ways that would make the average person go, “Wait, what?” And this tweet from mid-November certainly fits in that category.

78% of people want to gentrify Mordor

As the most Twitter-prone president in history, Donald Trump was bound to make a cringeworthy tech tweet. After all, he tweets or retweets content dozens of times per day, and they can’t all be winners like “covefe.” Still, this tweet from February 2019 was particularly hard to read, most notably because it would’ve been a solid, flawless tweet without the addition of three confusing words.

I want 5G, and even 6G, technology in the United States as soon as possible. It is far more powerful, faster, and smarter than the current standard. American companies must step up their efforts, or get left behind. There is no reason that we should be lagging behind on………

Everyone can get on board with 5G rollout, and most agree that we need to prioritize these new networks to remain competitive in the global market. Unfortunately, 5G (and subsequently 6G) are not levels of connectivity, but rather a generation of technology, which makes skipping from 4G to 6G makes absolutely no sense. Sorry, Mr. President, so close!

Not every cringeworthy Twitter event requires the actual content of a tweet. Sometimes, simply changing your Twitter username is enough to turn heads, make headlines, and generally draw the attention of the masses, particularly when the President of the United States calls you by the wrong name.

In March 2019, during an American Workforce Policy Advisory Board meeting, Trump referred to Cook as “Tim Apple,” spurring plenty of ridicule across the internet. But nothing, however, garnered more attention than Tim Cook’s own Twitter profile, which was changed to reflect the mistakes, and this peak cringe moment.

For years, Twitter has been trying to solve its bot problem, as the platform has been riddled with troll accounts designed to boost follower counts, promote propaganda, or even incite cyber bullying. From muting features to blocking capabilities, the social media giant has struggled to make an impact. And just a month ago, they really stepped in it while trying to address user concerns.

In late November, Twitter announced they would be erasing inactive accounts at the end of the year. However, they received an unprecedented amount of backlash, since the accounts of deceased users – which had become memorials for loved ones – were also in jeopardy.

Fortunately, the social media backtracked almost immediately, showing once and for all that Twitter has no idea what it’s doing when it comes to fixing its many problems.

We’ve heard you on the impact that this would have on the accounts of the deceased. This was a miss on our part. We will not be removing any inactive accounts until we create a new way for people to memorialize accounts.

As the other “richest man in the world” on this list, Bill Gates is actually pretty squeaky clean when it comes to cringeworthy behavior. His charitable foundation does a lot of good around the world, his marriage is rock solid, and he’s got a fairly good understanding of how technology works. However, sometimes pointing out the cringeworthy reality we live in is just enough to make you shudder.

Last summer, Gates tweeted out some unsettling graphs that showed the blatant disconnect between causes of death in the US and what the media covers on a daily basis. And if these numbers don’t make you cringe, we don’t know what will.

I’m always amazed by the disconnect between what we see in the news and the reality of the world around us. As my late friend Hans Rosling would say, we must fight the fear instinct that distorts our perspective: https://t.co/uQRofM4q2u pic.twitter.com/SzXDFr4clj

The 2020 presidential election is right around the corner, and Elizabeth Warren has been doing her best to make an impact on the voting public. She’s put forth a wide range of thought-out plans designed to address the many problems in the country, and one of them seriously got the attention of the tech industry.

The use of political ads on Facebook, namely ones that lie, were in Warren’s crosshairs a few months ago, and she decided to do something about it, tweeting out the results.

Facebook changed their ads policy to allow politicians to run ads with known lies—explicitly turning the platform into a disinformation-for-profit machine. This week, we decided to see just how far it goes.

Again, the reality of this tweet evokes a serious amount of shame. Facebook apparently allowed her to post ads with blatantly false information throughout, doubling down on their questionable policy to allow these kinds of ads on their platform. Now her plans to break up big tech companies makes even more sense.

Smartphone overuse has become such a problem in the tech community that most manufacturers are including features specifically designed to get you to use your phone less often. But sometimes, you’ve got to take matters into your own hands, at least that’s what Cher wanted to do.

In this tweet, the famed singer put everyone’s frustration with their favorite device into six simple words, resonating with an entire generation of social media-obsessed users that are going to have some negative health effects coming their way in the future. And we were embarrassed to resonate with it too.

I Need To Shoot My Phone

In 2019, we learned that online security is pretty important. Between frequent security breaches and consistently vulnerable personal information, the internet has become a sketchy place as far as security is concerned. And nothing made that more apparent than seeing the CEO of Twitter’s account getting hacked.

At the end of the summer, Jack Dorsey was allegedly the victim of a serious hack that saw his Twitter account compromised. The account tweeted a slew of confusing and offensive tweets that certainly drew the attention of everyday users. Fortunately, they got it under control eventually and deleted all the evidence, but not before the screenshot warriors of the world went to work. 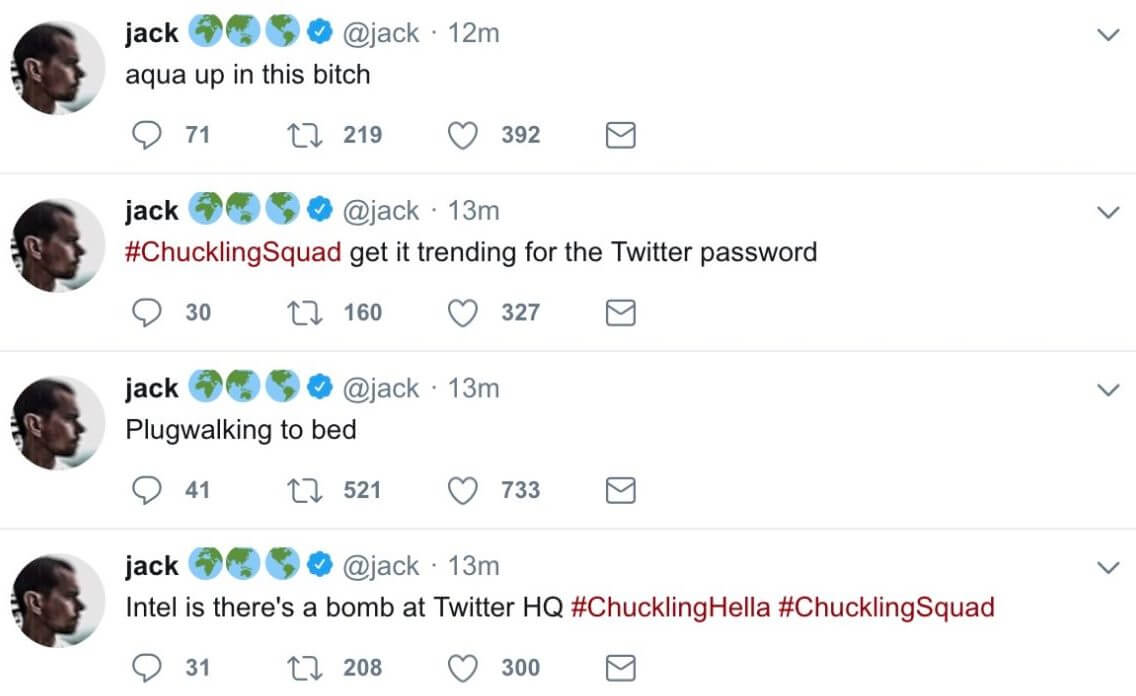 For anyone that thought Jack may have just gone off the deep end, the hack was confirmed by Twitter and upper management, and the problem as addressed swiftly, but not without a bit of cringe.

Yes, Jack's account was compromised. We're working on it and investigating what happened.

A little self awareness can go a long way in the tech industry, particularly when you display it on Twitter. The platform can bring out the best in some and the worst in others, and the brief nature of the content lends itself to truly catching the pulse of the tech community. Sometimes though, you have to admit when things have gone off the rails.

My Twitter is pretty much complete nonsense at this point

Don’t worry, Elon, you’re not alone. Pretty much all of Twitter is complete nonsense at this point.