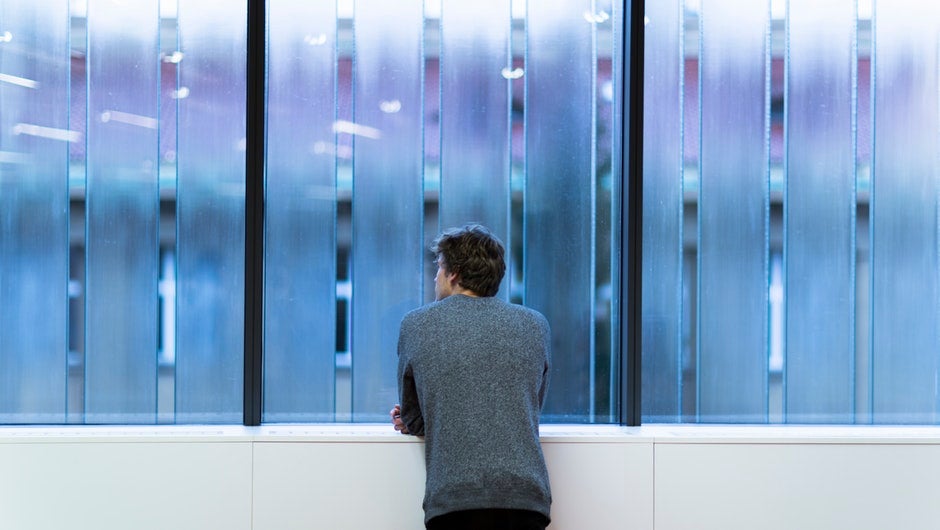 Over a busy year of reporting at TechCo, one statistic stands out to me as the most impressive. And if in 2018 you'll be between the ages of 25 and 33, it's likely one that will affect you.

According to a LinkedIn survey that polled over 6,000 respondents, a full 75 percent of millennials between those ages have already suffered from a quarter life crisis. The pressures they cited as driving their anxiety — uncertainty about their career, concern about their low earning power, or simply feeling “stuck in a rut” — are unlikely to improve in 2018.

And it's not in your head: The quarter life crisis is indeed worse for this generation than for previous ones, as clinical psychologist Dr Alex Fowke has explained to Business Insider.

“Nowadays,” Fowke told them, “twenty-somethings are under intense pressure to get themselves onto the housing market, navigate the increasingly complex professional landscape, struggle to maintain relationships and are commonly subjected to a distorted notion of life through social media.”

With the rise in crises comes a rise in the health technologies to address them. In the first 11 months of 2017, 10 of the biggest U.S. tech companies handled health care equity deals totaling $2.7 billion, according to a CB Insights report recently covered in the New York Times — a number up from a mere $277 million in 2012. That huge upswing isn't speculative: Consumers are increasingly concerned about their health and how to improve it.

But health gadgets and apps are unlikely to solve the problem, or at least not by themselves. Here are the top ways to address your own incoming life crisis as you tackle yet another year that doesn't appear to be a significant improvement on the last one.

Unclear goals are the worst stressor within a workplace, so it's no wonder they're the root cause of stress in the rest of your life, too.

The life cycle of a crisis — quarter or mid — tends to start with a feeling of loss or directionlessness, which leads to a step back, which leads to a new direction in life. By taking a little time to write down your fears and hopes, you'll be able to start that process off. The “crisis” part of a crisis will be over that much faster if you address it head on. It's like when Luke heads into that cave during his Jedi training in Empire Strikes Back: You'll need to understand and defeat your own fears before you can make your next move. Just try not to lose your hand in the process.

Take a day off of work and sit down, preferably with a friend who's emotionally intelligent enough to help guide you through the process. Then start working through how you feel. Here's a list of questions to start you off.

Creating an “action plan” is one of the best ways to address major depression, and even though your quarter life crisis isn't a clinical illness, a similar approach can help you, too. Your first immediate goal should be to take a step back and relax for a little while, and considering what you'd like your future to look like can give you that much-needed step back.

Blaming yourself for your problems is a pretty common mistake. Everyone wants to feel in charge of their lives, and if they don't like their life, that must make them responsible. Millennials might have it worst, though, given the cultural stereotype that they're working with. They're constantly told that they are lazy, entitled, and spoiled — all stereotypes that say more about the people who came up with them than they do about millennials themselves.

So cut yourself a little slack. Whenever you catch your inner monologue blaming you for your problems, take a few deep breathes and turn on a meditation app. After all, as that statistic I started this article with makes clear, you're not alone. The quarter life crisis appears to be the new normal.

Work on Your EQ

Your emotional intelligence, or emotional quotient, is an inexplicably overlooked aspect of your general well-being. It's important at work — even though 90 percent of top performers have a great EQ, 21.5 percent of IT professionals find it the most difficult quality to identify at their organization. And it's important to work on your EQ if you hope to understand your personal goals.

If you find you're panicking in response to your lack of life plans or numbing yourself to them, you should get in touch with your emotions. Talk to your friends about how you feel, ask for self-help reads, and start trying to identify your emotional responses to everyone and everything in your daily routine.

LinkedIn's study found one major cause for quarter life crises that you can address pretty quickly: Millennials' penchant for comparing themselves to their more successful friends. Everyone does it. But thanks to Facebook and Instagram, you're comparing yourself to a highlights reel of the coolest things your friends are up to. So maybe your night alone with Netflix and boxed macaroni and cheese isn't as impressive as sky diving in the Bahamas. Comparing yourself to others will always make you feel stressed because there's always someone more impressive.

And thanks to Instagram, they have the perfect shot of it to remind you. Which leads me to the next suggestion on dealing with a quarter life crisis…

Remember when clinical psychologist Dr Fowke mentioned the distortion of social media at the top of this article? The distortion will be as bad as ever in 2018. Twitter is constantly going crazy over the latest news item, which more than likely none of your real-life friends will have thought twice about. It's good to stay informed, but if you set aside an hour or two to decompress, you'll be far better able to take stock of what news is important and what news is just boosting your blood pressure.

Besides, even on just a physical level, staring at a screen all day can be a glaring problem. You should at least avoid blue light for a solid two hours before bedtime. Studies show that almost half of all Americans don't get enough sleep, and their tech habits are largely responsible. How bad are we? 177.7 million U.S. adults even check a second screen while watching TV on the first one.

In the end, you can't stop a quarter life crisis. You just need to be aware of it, and use that knowledge to take steps to harness what you're feeling. Just remember: 75 percent of 25-to-33-year-olds are right there with you.