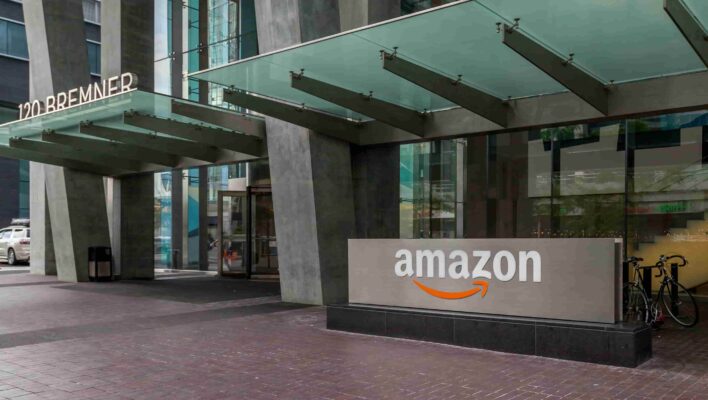 Tech giant Amazon will be freezing corporate hiring within the business's retail arm, according to an email the company sent out to recruiters.

Amazon’s “retail arm”, which includes physical as well as online stores – the latter of which is being severely affected by the fizzling out of the pandemic-induced ecommerce boom – also covers the company’s subscription streaming service, Amazon Prime.

The hiring freeze, which is expected to last until the end of 2022 at least, follows similar action from other big tech companies like Meta and Google amid challenging economic conditions.

Amazon Puts the Brakes on

According to the New York Times, which has seen a leaked email intended for the company’s recruiters, all corporate job openings in Amazon's retail wing are now set to close.

New openings, the tech company added, will be made available again in 2023.

Alongside the instruction to take down job listings, Amazon recommended that phone interviews, as well as other efforts made to recruit staff, should be canceled.

The news of the freeze comes as Amazon experiences some of the slowest growth the company has gone through in the last 20 years. This downturn follows the accruement of record profits over the past two years induced by lockdown and the subsequent demand the Covid crisis created in the online shopping world, which has since plateaued.

Tech Companies Freeze Hiring Across the Board

Amazon isn’t the only company that has been forced to take drastic action in the wake of difficult economic conditions. Meta CEO Mark Zuckerberg, for example, announced last week that the company will freeze hiring and plan “somewhat conservatively” for the future.

Google, on the other hand, had initially paused hiring until August, but has now pushed the date it intends to restart the recruitment process back to the end of this year, with employees noting a real “vibe change” at the company as costs are continuously being cut.

What’s more, a slew of tech companies have made layoffs in 2022, including Klarna, Docusign, Patreon, Twilio, Snapchat, Peloton, and others, all relieving staff of their duties.

If you’re looking to hire staff in the next few months amid the difficult economic conditions, it’s more important than ever to make sure you’re making worthwhile investments in reliable employees, and efficiency-boosting software.

If you’re currently looking for a job, remember, there are lots of flexible options out there and, despite the news of hiring freezes at places like Amazon, tech companies offering remote and flexible working arrangements are more common than ever before.

Whatever the case, it looks like it’ll be a while before the economic tumult finally abates – so be sure to keep your ear to the ground for opportunities, as currently, they seem few and far between in a number of important sectors.