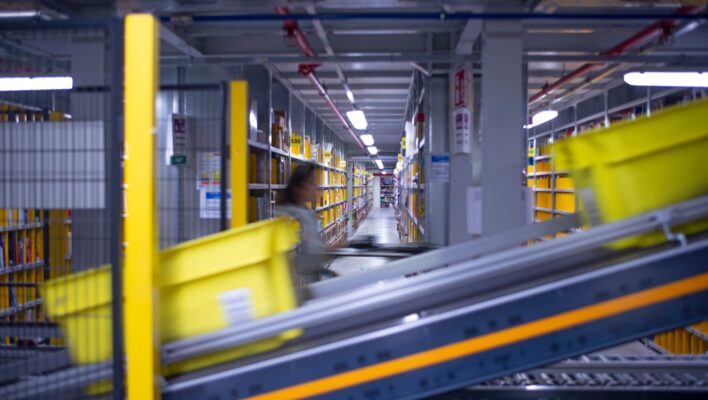 Amazon is hardly renowned for its high levels of employee satisfaction, but it turns out that turnover rates could be worse than expected, with a recent report revealing that less than a third of new hires stay with the company for longer than 90 days.

And the impact of this is severe, with Amazon's poor attrition rates costing the company around $8 billion a year — equating to almost a quarter of its annual net profit for 2021.

Poor growth and development opportunities appear to be the major reasons why employees are leaving the company, but with an economic downturn pending, Amazon is freezing hiring and making massive layoffs too. Here's what the report reveals.

As Amazon workers around the world continue to strike against poor pay and challenging working conditions, a renewed spotlight has been placed on the company's challenges with its labor force.

For example, recent documents sent to Engadget marked “Amazon Confidential” have revealed that in addition to striking, employees from all levels of the company are deciding to walk away from the company to seek opportunities elsewhere.

According to the report, which was comprised of internal research papers, slide decks, and spreadsheets, only one out of three new hires in 2021 stayed with the company for longer than 90 days, and former workers were twice as likely to leave by choice over being fired.

The documents also show that rates of attrition were high throughout all tiers of the company — from entry-level workers through to executives and vice presidents. What's more, the lowest turnover rate for one of the company's 10 tiers was almost 70%, which is still far over the national average of 47.2%.

However, according to a recent investigation from the Wall Street Journal and National Employment Law Project, the churn rate among lower-level staffers like factory workers is much higher than with other levels of the company. In fact, their findings revealed that the turnover rate among warehouse workers was around 100%, double the industry average.

With Amazon chewing up and spitting out workers at such a fast rate, experts at Recode believe that the US labor supply could become depleted in certain regions within a few years. So, with Amazon facing the very real risk of running out of workers, what is making staff want to leave so badly?

Why Are Staff Leaving Amazon at Such an Alarming Rate?

According to the report obtained by Engadget, the main reason employees are fleeing the company is because of a widespread lack of growth opportunities. From the warehouse floor to Amazon's headquarters in Seattle, workers throughout the company appear to be facing roadblocks when it comes to working themselves up the ranks.

Aside from not providing a strong development framework to begin with, findings from a 2021 New York Times investigation revealed that these roadblocks could also be there by design.

Specifically, the report showed that Amazon “intentionally limited upward mobility for hourly workers”, in favor of fresh college grads, that made up 39% of the company's new leaders. This is in comparison to only 4% of warehouse process assistants that were promoted to area manager roles.

However, poor training also seems to be a major impetus for workers abandoning the company. A report from April this year found that Amazon's training complex lacked a “standardized process to measure impact”, and was “unable to determine whether the learning path had detectable effects on behaviors or business impact”.

With development and training opportunities proving to be lackluster at best, not to mention the sub-bar pay available to factory workers, it's unsurprising that Amazon employees are trading in their roles for new opportunities. But poor attrition rates isn't the only thing Amazon has been grappling with recently, as we explore next.

Its Been a Bad Month for Amazon

Just like the rest of big tech, Amazon has been stung by rising rates of inflation and a drop in ecommerce spending. As a result, the multinational company has decided to freeze all hiring until the end of 2022, to deal with some of the slowest growth it has gone through in 20 years.

But to continue with the bad news, Amazon Prime Day — typically a big boost for the company's bottom line — resulted in somewhat of a PR nightmare last week, with employees from the company's only unionized warehouse in Staten Island staging a walkout to protest the growing pressure put on fulfillment workers.

But Amazon isn't the only big tech company being hit by turbulence, with industry titans Google and Meta also struggling in the face of economic challenges.