Apple is holding a launch event at its HQ in Cupertino, just outside San Francisco, next week. It’s expected that the iPhone giant will launch a range of new products and services in what is set to be one of the most exciting Apple launch events of recent times.

Today, Apple stole a march on itself by unveiling a brand new iPad Air and the iPad mini 5 – we’ll no doubt get a closer look at those at next week’s event, too.

While we won’t see new iPhones or MacBooks (you’ll have to wait until September for those), it’s likely we’ll see a new version of its ubiquitous AirPods wireless earphones, plus the debut of Apple’s long-rumored Netflix-rivalling streaming service.

Here’s the lowdown on everything we reckon will be shown off by Tim Cook next week.

That’s right, Apple is set to debut its very own streaming service next week.

Details are sketchy on what the service will cover, at the moment. But, we have been hearing rumors about Apple moving into content streaming for well over a year. It’s an open secret that the company has been pouring money into creating original TV shows and movies à la Netflix and Amazon Prime.

It seems obvious that Apple would launch its streaming service as an exclusive to Apple TV devices, to help bolster its declining hardware sales. However, it could also be offered across multiple platforms, with Apple TV users getting exclusive benefits – after all, Apple’s AirPlay audio tech is now available on Samsung TVs, for example. 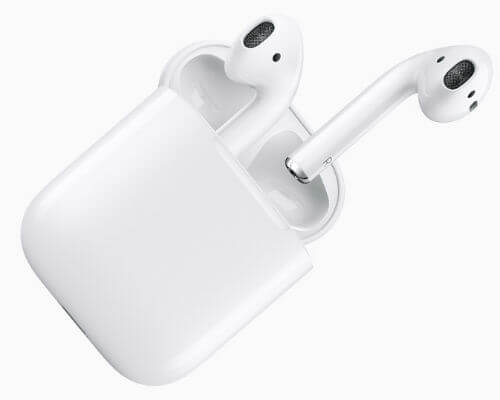 When Apple launched the AirPods wireless earphones back in 2016, they were roundly mocked. However, almost three years later, the little AirPods have been a huge success for the company.

As a result, Apple is expected to double down on the AirPods, with an updated version for 2019 and beyond. We’re not certain what they’ll look like. However, patent filings have shown that Apple might be squeezing some health tech into its earphones, similar to Samsung’s Galaxy Buds.

The health tech would include “health, fitness, exercise, and wellness sensors” and would be able to transmit “biometric data, heart rate, body movement, and calories burned,” according to patents found by Patently Apple. It’s widely understood that heart rate monitoring with ear-based devices is more accurate than wrist-based tracking, thanks to the thinner skin, so it would make sense. How Apple would square this with its Watch, though, remains to be seen.

Beyond that, they might feature active noise cancelling and improved Bluetooth connectivity and maybe even waterproofing, according to Bloomberg. These new features, especially the noise cancelling function, would certainly give users a compelling reason to upgrade from their current AirPods.

Another new service, rather than a product from Apple, is its “news subscription” service would basically up the ante on its current free News offering.

For a price, rumored to be around $10 per month, users would get access to a range of paywalled content from big-name publishers. However, there have been rumors of the service getting off to a rocky start.

Publishers are apparently baulking at Apple’s insistence on taking 50% of the subscription revenues, leaving the businesses which create actually valuable content (which could number thousands) to scrap it out over the remaining half.

However, given that the existing Apple News service can drive 90 million regular readers to stories, it seems as though the ball is definitely in Apple’s court.

Apple was rumored to be launching a new iPad at its March event, but caught everyone on the hop by announcing a new iPad Mini and new iPad Air a week beforehand.

The iPad Air and iPad Mini hadn’t been updated since 2014 and 2015, respectively – we were half expecting Apple to quietly discontinue them at some point. However, these models are back with updated processors, and support for Apple Pencil.

These new hardware products might not be seen on stage at the Steve Jobs theater next week, but they might be detailed afterwards in press releases.

There are also rumors of a new iPod Touch. We last saw a new iPod Touch back in 2015. But, this new version might be angled towards mobile gaming, rather than music. This would make sense, as mobile gaming continues to grow in popularity (and profitability) and running out of battery on your main phone because you’re crushing it on PUBG Mobile isn’t fun.

Apple teased its AirPower wireless charging mat when it launched the iPhone X. However, it missed its own 2018 production target, and is still nowhere to be seen. Some have suggested that Apple held the device back to iron out some wrinkles it its power management to prevent overheating. Now, though, the AirPower might finally be released following the event.