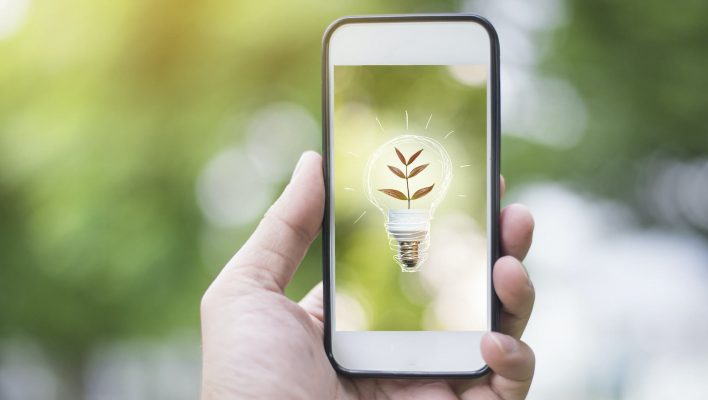 This week, Jeff Bezos pledged $10 billion to fight climate change. While the staggering donation could do a lot to help solve the environmental problems facing the planet, the tech industry has a history of greenwashing its image rather than enacting real change.

From Microsoft's carbon elimination efforts to Tesla's reforestation plans, big tech has made plenty of public efforts to assure the world of its commitment to environmentalism. However, are these efforts merely for show, acting as avenues to quell the concerns of consumers and employees who believe they should be doing more?

Now, with the CEO of Amazon making one of the bigger environmental pushes in recent memory, we're forced to ask: Is this all an act or does big tech really want to make a difference?

In an Instagram post on Monday, Bezos announced that he would be launching the Bezos Earth Fund, which will “fund scientists, activists, NGOs – any effort that offers a real possibility to help preserve and protect the natural world.” And with $10 billion pledged to the fund, it could actually make a pretty substantial impact on the environment.

“I want to work alongside others both to amplify known ways and to explore new ways of fighting the devastating impact of climate change on this planet we all share,” said Bezos in an Instagram post.

Before you go singing Bezos' praises, it's worth remembering how we got here. This decision comes on the heels of mass employee protests in regards to Amazon's lack of action on climate change. In response, Amazon ended up threatening dissenting employees with dismissal, with company lawyers informing said employees that their actions could “result in formal corrective action, up to and including termination of your employment with Amazon.”

Whether or not the Bezos Earth Fund is merely a diversion tactic to avoid bad press remains to be seen, but either way, it's a pretty expensive way to get out of hot water. Bezos has demonstrated a commitment to the environment, having butted heads with the current administration on ecological matters. But when you're the head of one of the largest, most successful businesses in the world, doing more never hurts.

: expressions of environmentalist concerns especially as a cover for products, policies, or activities – Merriam-Webster definition

This week, environmental activists compelled a German court to – at least temporarily – stop Tesla from chopping down trees to make way for a new European factory. The move by Tesla seemed surprisingly callous given its history of green initiatives, but the electric car company wasn't planning on engaging in such large scale deforestation without a plan.

“We aim to replant an area three times the factory plot, with mixed trees native to their habitat and the potential to become an old growth forest, while working with environmental and other expert groups for the best possible outcome,” reads the Tesla website.

That seems like a reasonable compromise, right? Unfortunately, the reality of reforestation is that, if done incorrectly, the area has a woefully low chance of surviving. A Turkish project from a few months ago is a good example. Despite replanting more than 11 million trees, nearly 90% of them have already died due to poor planning and bad timing. And that's only one problem with Tesla's lofty factory goals.

“The main issue here doesn’t seem to be the trees themselves, but that an important environmental asset for the local community is set to be destroyed,” said Jim Stephenson, Director and Cofounder of Terranomics, a company specializing in public and private sector approaches to environmental challenges, in an interview with Tech.co. “Planting three times the trees won’t address that issue, as it will take decades for it to reach its current maturity, if it's even successful.”

While replanting sounds great in the long run, everyday people have to deal with consequences of Tesla's plans in real time. After all, the “move fast and break things” mantra only works if you're willing to fix the things you broke in the right way.

Earlier this year, Microsoft announced plans to make the tech giant carbon negative by 2030. The announcement, which came in the form of a company blog post, detailed an in-depth plan to remove carbon dioxide from the atmosphere at such a rate that, by 2050, the company will have completely erased its carbon footprint since its founding in 1970.

In addition to all that, the company pledged to donate $1 billion over the next four years to a “climate innovation fund to accelerate the global development of carbon reduction, capture, and removal technologies.” 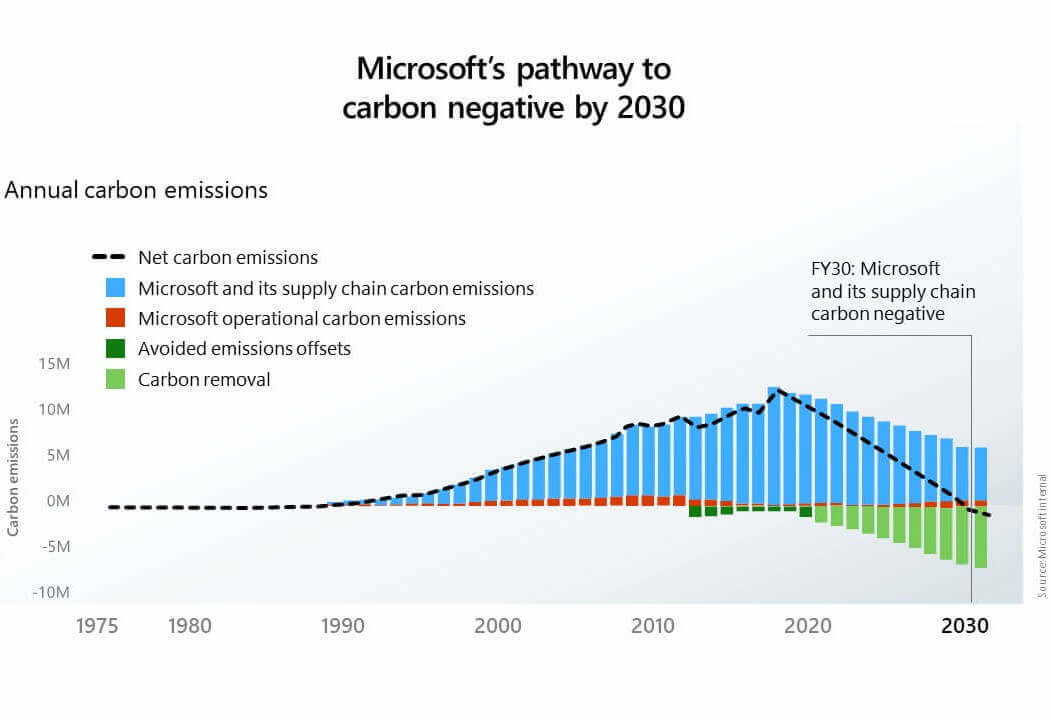 Admittedly, these are some impressive goals, particularly for one of the largest tech companies in the world. However, as far as environmental activism goes, carbon capture technology is far from ideal.

Many critics have pointed out that cancelling out carbon emissions does nothing to dissuade the dozens of companies responsible for the majority of the world's pollution from stopping. In fact, carbon capture technology has been widely supported by oil and gas companies, because it allows them to continue to make money without having to change anything about how they do business.

Climate change has been a significant topic of discussion for Apple, particularly in recent years. According to its website, the company has “reduced its comprehensive carbon footprint by 35% since 2015,” and all of its facilities worldwide “now run on 100% renewable energy.”

“We’re going further to reduce our impact by using substances that are safe for people and the environment. It’s a big challenge,” reads Apple environment page.

A big challenge is a bit of an understatement. While Apple is verbally committed to solving the pollution problems caused by its devices, the culture of the company says otherwise. In a time when unused and un-recycled smartphones are literally depleting the planet of necessary resources, Apple continues to push its “buy one every year” strategy to keep its profit margins high.

Suffice it to say, the tech industry needs to do more. Massive pledges, reforestation efforts, carbon negative plans, and verbal commitments to climate action are great, but these companies represent a substantial percentage of the wealth and power in the world and they really aren't doing much when you consider the damage they've already done.

One report found that “the average footprint of the richest 1% of people globally could be 175 times that of the poorest 10%.” Even worse, that same study found that the number of billionaires investing fossil fuels went from 54 in 2010 to 88 in 2015, and that their collective wealth increased by 50% in that time.

And it's not just how they're doing business. Another study found that the average “super-rich household” has a carbon footprint 10 times the global average. So, wealthy tech billionaires wanting to make a serious impact may need to look closer to home, as well as investing in generous schemes.

“Regarding their own lifestyle choices, the rich can change a lot,” said Ilona Otto, a researcher at the Potsdam Institute for Climate Impact Research.

The seriousness of climate change is daunting. The changes we as a society will have to make to prevent it from becoming catastrophic are epochal. And the strategies for effectively addressing the problem are limited. All we know for sure is that those with the power and wealth to do something should be making a bigger impact than they are, or else it's going to be too little, too late.