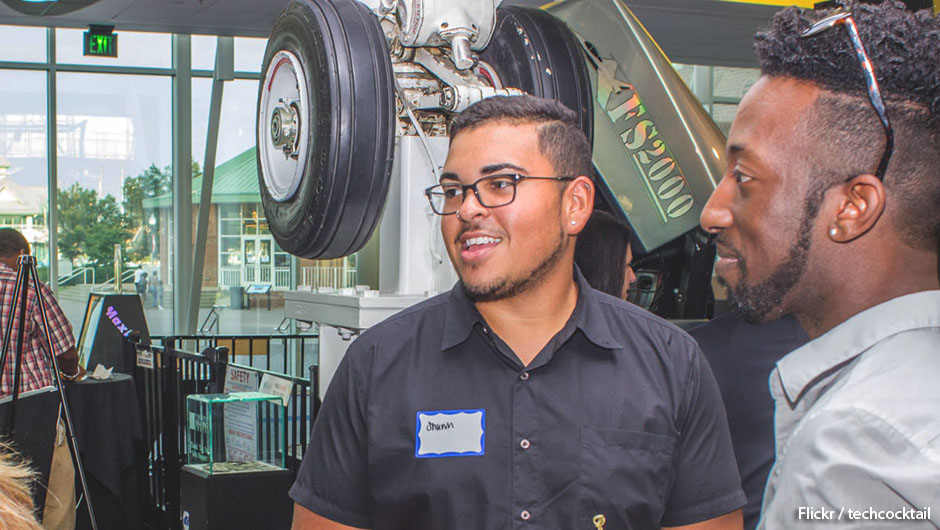 Looking at statistics from some of the world's top technology companies, it's difficult to not feel defeated by the lack of diversity in the tech. While being touted as some of the most welcoming tech companies for women and minorities, diversity numbers from tech giants like Google, Apple, and Facebook convey a completely different message: that the tech industry is not the place to go if you don't identify as a white male.

Indeed, after going through the workforce diversity reports published by eleven major tech companies (including Apple, Cisco, eBay, Facebook, Google, HP, Intel, LinkedIn, Microsoft, Twitter, and Yahoo), data analysis from Silk finds that African-Americans and Latinos make up 4 percent and 5 percent of the overall tech workforce (those actually holding technical roles) respectively. Not at all shocking, of course; earlier this year, in its ranking of the “40 Best Companies for Diversity”, none of these eleven tech giants made the list. It's important to keep in mind, though, that both figures are averages from all eleven companies combined and don't include stats from smaller companies in the tech industry. We can see, for example, that HP leads in the number of Blacks in their tech workforce (at 15 percent), while Intel leads in the number of Hispanics among their ranks (16 percent)*.

The numbers are somewhat deceiving, though. Looking at the per-company breakdown, while Intel certainly leads the pack in terms of Hispanic tech workers, their overall percentage is half that – standing at 8 percent. In this case, in terms of overall tech inclusion, Apple leads the industry in number of Hispanic employees (at 11 percent). Similarly for Blacks, while HP has the highest percentage in their tech workforce, the overall percentage drops to 7 percent – making it tied with Apple and eBay in the number of Black employees overall.

The numbers are disappointing, but we can – at the very least – find some comfort in the industry's recognition of its failings: companies like Google and Facebook understand the dire need for and importance of greater diversity in tech. At the first White House Demo Day, tech companies large and small – as well as many venture capital firms – announced several initiatives and programs aimed at improving diversity in tech. Facebook and Pinterest, for example, announced their adoption of the Rooney Rule, a policy that will require them to consider at least one diverse candidate for every senior executive position in their company.

You can look at the full visualization of diversity in tech data on Silk. Aside from exploring the breakdown of employees in the tech industry, the data presented looks at the composition of VC firms (only 2 percent of major firms have more than one Black investor).

*The failure to distinguish between Latinos and Hispanics in the presented data is not lost on me.