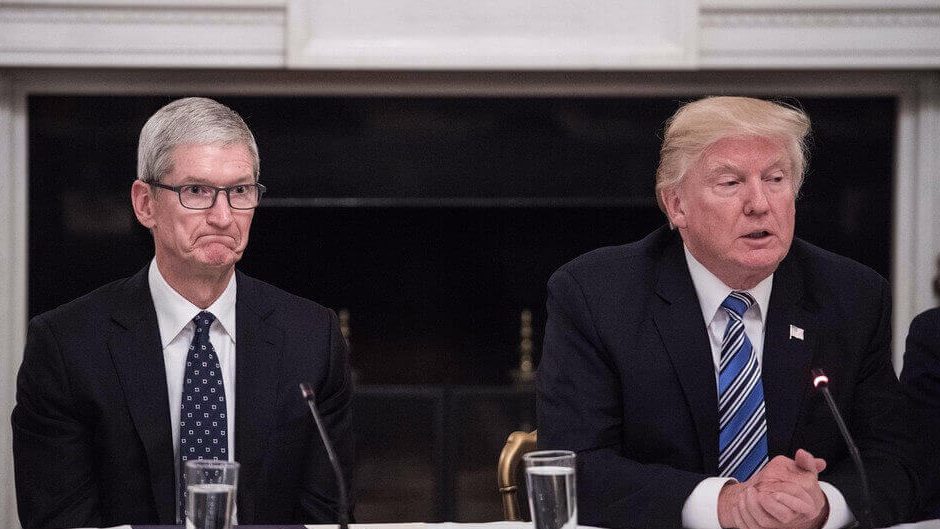 A Friday night meeting between Tim Cook and Donald Trump has the president “thinking” about how his tariffs are affecting Apple, particularly when it comes to competing with Samsung.

Apple and Samsung have been locked in a battle for smartphone supremacy for years now. While Google's Pixel lineup is a more than respectable entrance in the field, and the likes of Motorola and LG are not to be ignored, they remain a distant third place to the behemoths of Apple and Samsung when it comes to US market share.

However, tariffs from the Trump administration are poised to go into effect later this year, and the Apple CEO says they could cause some serious problems for the US-based company down the line.

Why Did Tim Cook and Trump Meet?

Trump and Apple have had a tumultuous past in recent years, primarily due to Apple's firm manufacturing roots in China. On numerous occasions, the president has insisted that Apple start building its products in the US, in hopes of injecting the economy with a bit more local capital. Their meeting Friday was likely aimed at the same goal, as is evident from his tweet before the meeting.

Having dinner tonight with Tim Cook of Apple. They will be spending vast sums of money in the U.S. Great!

This isn't the first time Trump and Cook sat down together either. As many will remember, the two sat down with others at an American Workforce Policy Advisory Board meeting, in which the president referred to Cook as “Tim Apple,” which drew more than enough internet mockery, including some from Cook himself.

While the president's purpose for the meeting was presumably to get Apple more invested in the US economy, it would seem Tim Cook was able to convince Trump otherwise. Specifically, Cook seems to have made a “compelling argument” that the tariffs aren't really helping when it comes to battling their competition. In Trump's own words:

“I had a very good meeting with Tim Cook,” said Trump in an ABC News video. “I have a lot of respect for Tim Cook, and Tim was talking to me about tariffs. And one of the things, and he made a good case, is that Samsung is their number-one competitor, and Samsung is not paying tariffs because they’re based in South Korea.

The negative effects of tariffs are a fairly obvious point from Trump — one that has been made by dozens of experts on multiple occasions — but it's still a good one. Particularly for already-expensive Apple products, adding taxes that will be passed on to US consumers is not going to make iPhones and iPads any more attractive, especially when affordable products seem to be the new trend in the tech industry. So what's next?

What's Next for Tariffs?

The newest set of tariffs on consumer electronics will commence on September 1st, which doesn't leave a lot of time for tech companies to get ready for the hit. However, because of growing concerns over the holiday season shopping rush, tariffs on specific products, like iPhones, iPads, and Macbooks, have been delayed until December 15th.

This delay shows that the administration is not completely unwilling to negotiate in the name of a better US economy. But how is Trump going to find a workaround for Apple to remain competitive with Samsung without completely doing away with the tariffs? An outright exemption wouldn't look good as far as stifling competition goes, particularly when Apple — along with the rest of the tech industry — is embroiled in enough antitrust investigations as it is.

Simply put, it's not going to be easy to figure out how to make these tariffs work while providing US companies with an avenue to meaningful international competition. Fortunately, the president has assuaged our concerns with the hard work and dedication it takes to find a solution with a single phrase.

“I’m thinking about it.”