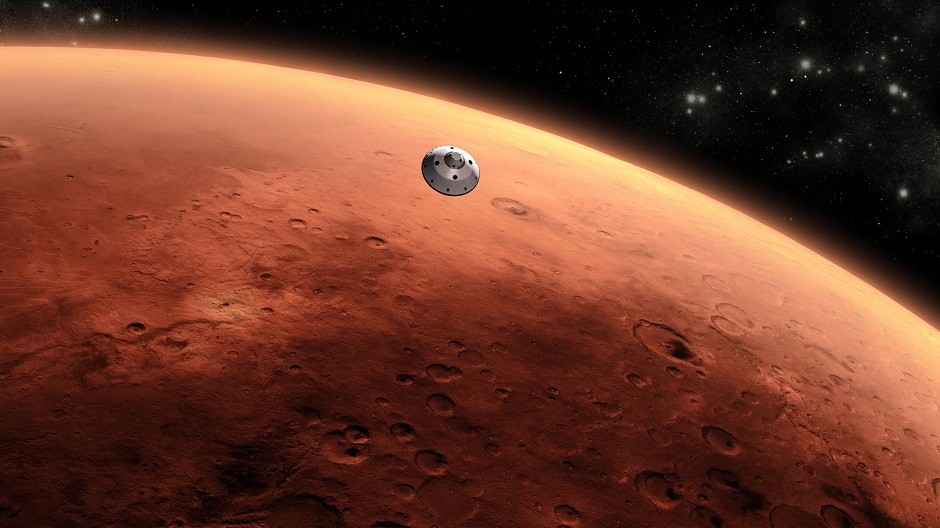 Everyone knows outer space makes everything more cool. Want to revive a beleaguered horror franchise or a tired app game? Set the next installment in space!

Something about the “final frontier”-ness of outer space brings out the world's crazy side, and everything from marketing campaigns to genuine scientific breakthroughs benefit. Here's a quick rundown of the biggest, coolest, and craziest developments we've seen in the space travel sector in the recent past.

Elon Musk, who's never far from a crazy claim or accomplishment, just shared the first full-body photo of a SpaceX spacesuit on his Instagram, to the tune of 408K likes. It's not a mockup, he stressed.

First picture of SpaceX spacesuit. More in days to follow. Worth noting that this actually works (not a mockup). Already tested to double vacuum pressure. Was incredibly hard to balance esthetics and function. Easy to do either separately.

MIT has designed a new laser sensing technique, called Laser Polarimetry, in order to predict space junk collisions. Here's how we reported the development back in June:

“Currently the International Space Station is the most heavily protected spacecraft, the habitable compartments and external high pressure tanks can withstand impacts from debris about 1 cm in diameter. If they know a larger object is coming their way, the pilots can maneuver the spacecraft to avoid tracked objects.

The engineers figured how to identify the makeup of certain debris based on the reflection or unique polarization change the object gives off  from the laser while in motion.”

NASA's plans to send a manned mission to Mars are ongoing, and the latest news is a delay in their plans: The Space Launch System (SLS), a heavy rocket NASA plans to use for the big space travel mission, won't see its debut launch until 2019. Meanwhile, SpaceX's planned launch mission was also delayed until 2020.

If you're dying for a little space tourism, and can't bother waiting until the spaceship and its space wifi is up and running, you still have one option: A high-altitude balloon that can take you right to the edge of space. The Spanish-based Zero2infinity company plans to offer a manned “edge of space” tourism balloon flight, with its first passenger ride scheduled for 2018.

Pittsburgh-based startup Astrobotic hopes to establish a delivery service that deposits packages directly onto the moon. Why? Because it's there, apparently.

“Our goal is to make the Moon accessible to the world,” John Thornton, CEO of Astrobotic, told The Verge about their goals. “It’s making it possible for every space agency and every corporation and even individuals to send payloads to the lunar surface.”

You can now 3D-print stuff in space, too, thanks to a successful NASA experiment in August 2017. NASA has all the details on their site, along with an explanation for why this news is more than just a space travel stunt.

“3D printing serves as a fast and inexpensive way to manufacture parts on-site and on-demand, reducing the need for costly spares on the International Space Station and future spacecraft. Long-term missions would benefit greatly from having onboard manufacturing capabilities,” NASA explains.

Perhaps Elon's instagram post was just trying to keep up with Jeff Bezos, who debuted this fascinating video in July to show off the new factory that his space travel company, Blue Origin, is building in Florida. Yes, that's Jeff himself sunbathing on the roof.

Google Street View Is on ISS

Speaking of the International Space Station, why not take a tour right from your computer screen? Google Maps' Street View function went to outer space this year with the addition of the ISS itself. The astronauts took four months to snap all the images needed for the visual map by relying on a rig built out of 24 different cameras.

This privately held, early-stage American company was formed by a group of Silicon Valley and space entrepreneurs in order to mine the moon for natural resources. It's the craziest example of a real-life moonshot out there, and that means it's a perfect fit for this list.

We first reported on Moon Express back in 2011, and founder and chairman Naveen Jain even sat down with TechCo's own founder and CEO Frank Gruber at Innovate! and Celebrate 2016. They've come a long way: In January 2017, they announced  a successful $20 million Series B-1 round. Mining the moon doesn't come cheap.

This list wouldn't be complete without a little fried chicken: High-altitude balloon company World View Enterprises took a KFC sandwich 100,000 feet into high-altitude space for a publicity stunt in July 2017. The event was cut short just 17 hours after launch, though, thanks to a pesky leak. Still, it's further proof of what we already knew: Fast food companies love their unneeded and uncalled for tech innovations.