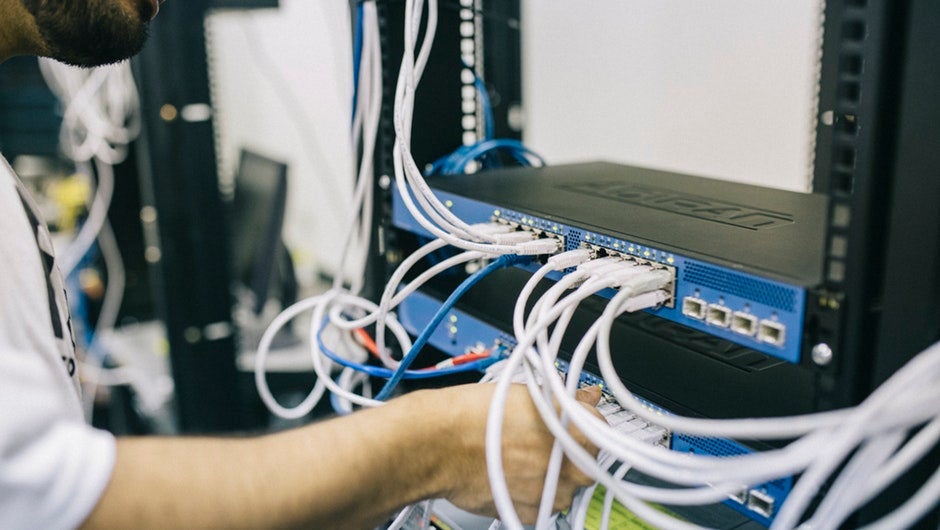 When HBO's Silicon Valley returns for another season next month, the socially inept Pied Piper team will have pivoted into an entirely new business plan: the creation of a decentralized network that will allow the internet to run off of everyone's smartphones rather than dedicated servers. And, like a lot of the show's plot points, it's an innovation that's rooted in reality.

Here's a quick layman's summary of what the decentralized internet is, how it could revolutionize the way the world runs, and just what hurdles it'll have to overcome before it can.

First, let's back up and cover the internet in its current form.

The internet is not 100 percent legally and physically “centralized,” since no single corporation owns the entire internet. But relatively few large, physical servers (associated or operated by relatively few large corporations) are responsible for hosting essential elements of what we consider the internet. These web hosting and cloud computing servers are responsible for keeping our email, social media, and webpages available to all — and that means that the companies that own those servers have an outsized impact on how the internet runs.

Our centralized system leaves our internet — and by extension, our jobs and relationships — open to a few major vulnerabilities that will likely only get worse in the near future. After all, in 1995, less than one percent of the world’s population was online and today, the Pew Research Center has found, 73 percent of people are online daily. Here's what all those users of the centralized internet need to worry about.

Servers Can Go Down

When a satellite failure in 1998 made 90 percent of all the pagers in the U.S. stop working, one of the largest impacts was on blue collar freelance professions — think plumbers and carpet cleaners — who could no longer be contacted for new gigs. But now that we're even more dependent on the internet, servers that malfunction or are targeted by bad actors could wreak even more havoc across swathes of the country. 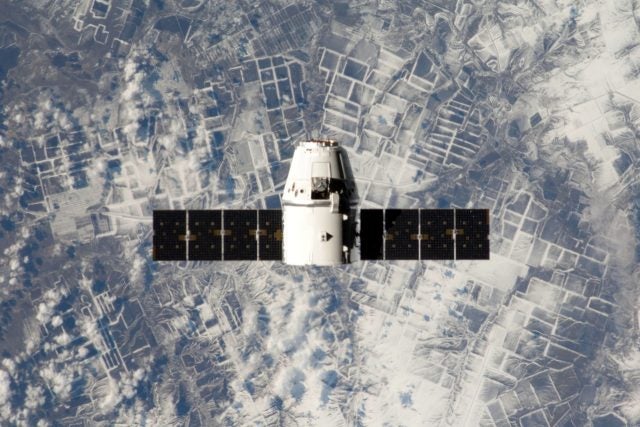 Servers Can Be Hacked

You've probably heard a lot about hackers over the past few years. Hacks on truly massive scales have left hundreds of millions (and in a few cases, billions) of internet users hapless to stop their data from being stolen. Worse, most of these companies are in “too big too fail” mode. They will often either hide their data breach from consumers for years — as Yahoo did with its 2013 breach — or they'll remain vague about just what type of data was leaked.

The uproar last year about the loss of net neutrality came down centralized internet. Internet providers that have enough power over the pipelines used to deliver internet to American households wanted a way to limit the amount of data they delivered so that users would be willing to pay more.

According to a survey from ExpressVPN, almost 75 percent of Americans disliked the idea of an internet service provider failing to treat all their data the same. But since those providers are the only gatekeepers to the internet, no market forces are stopping them from sticking a finger on the scale.

Remember all those lengthy forms you never read before clicking “I have read and agree to these terms”? Massive companies who store your personal data on their servers aren't giving you a free account: They're making their money off of selling your data to advertisers who can target you better. In some cases, they're not even doing it legally: A German court ruled just this month that Facebook has been illegally collecting data in a breach of consumer law.

Most people aren't exactly shocked to hear this either. In the 21st century, a lack of personal privacy is just the new normal. But it doesn't have to be.

Centralized internet relies on servers. A decentralized version would rely on a peer-to-peer network built on a community of users. Their internet-connected devices would host the internet, not a group of more high-powered servers. Each website would be spread out across hundreds of nodes on different devices, erasing the possibility of a single server crashing due to, say, a DDoS attack.

Government overreach could also be curtailed: One project being developed today, Anonymouse, hosts anonymous “microblogs” through a phone-hopping network. Within countries threatened by an authoritarian government, projects like these could allow information to be freely spread.

The technology that's getting renewing excitement in the decentralized internet in 2018 is the same one that's powering the cryptocurrency craze: Blockchain. A blockchain protocol is designed to allow transactions across a distributed network without the need for a broker overseeing the process. Any information can be observed by anyone, and is encoded in a way that won't let anyone mess with it. 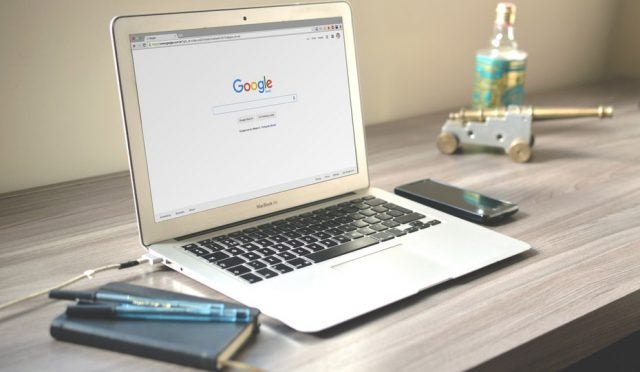 A handful of startups are already using blockchain to replace certain common internet services: Everipedia hopes to become Wikipedia on the blockchain, for example, while Mastodon hopes to become the decentralized Twitter. While it may be possible to operate a decentralized internet without blockchain technology, most innovators are hoping the technology proves to be the key to a functional peer-to-peer network.

In the end, the path to a decentralized internet is less about the tech and more about whether the concept can win “the hearts and minds of entrepreneurs and developers,” as a recent Medium article put it. But before it does, it'll have to address a few concerns that are getting in the way.

The Hurdles to Be Cleared

So far so good: Decentralization sounds like a great way to return to the free and open internet we know and love. But a few challenges still stand in the way of a worldwide shift to the decentralized flavor of internet. First, there's the “worldwide” part of the shift.

Decentralized internet is the sort of idea that works great once everyone is on board with using it. But until then, the sheer fact that no one is using something tends to function as a Catch-22: No one wants to use it because no one is already using it.

As a general rule of thumb, people don't change until the process of changing becomes less painful than sticking with the status quo. And since incumbent centralized networks like Facebook and Twitter already have everyone on them, they have a level of stickiness that's hard to beat.

But here's where the rapidly growing dystopia we live in could come in handy: As the corporations largely in control of the current internet — whether Facebook, Alphabet, or Amazon — make the news for running Russian election ads or censoring ads on their browser, people may become more likely to take the decentralized internet option. 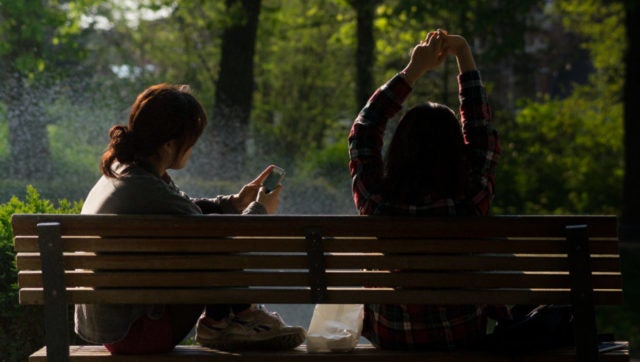 If you've ever closed a tab because it took five seconds too long to load, you'll be able to empathize with this big problem facing decentralized apps. Because the high-powered servers aren't around to keep the internet chugging, webpages are often slow to load. Ideally, innovative data compression techniques like Silicon Valley‘s fictional compression tech can crack this problem. But until they do, the internet community is likely too spoiled by the instant gratification that their server-powered internet affords them to make the switch to a slower network.

A system of peer-to-peer protocols would shift the responsibility of maintenance away from the owners of the servers and on to each and every user of a decentralized internet. Which is great for “tech-savvy and politically inclined users” who know how it works and care about their privacy, as MIT pointed out in a recent report quoted in a Medium article on decentralized networks. But that's not enough for everyone.

“[M]ost users are not ideologically motivated and have no interest in shouldering the additional cost and responsibility of running these complex systems directly,” MIT explains. “They will want to engage with the Web through friendlier, third-party publishing platforms, and these platforms will suffer from the same forces that drive consolidation today.”

The Future Is Up in the Air

If cryptocurrency is like a vaping anti-capitalist teenager, the decentralized internet is like its older, wiser cousin. They're both intriguing methods of deregulating an essential aspect of modern life and they share the same DNA. And right now, it's easy to see both innovations as a naive attempt at dodging the inevitable march of late-stage capitalism.

But, since a decentralized internet is such an improvement over the hackable and crashable version we have now, it stands a better chance of stabilizing across the next decade.