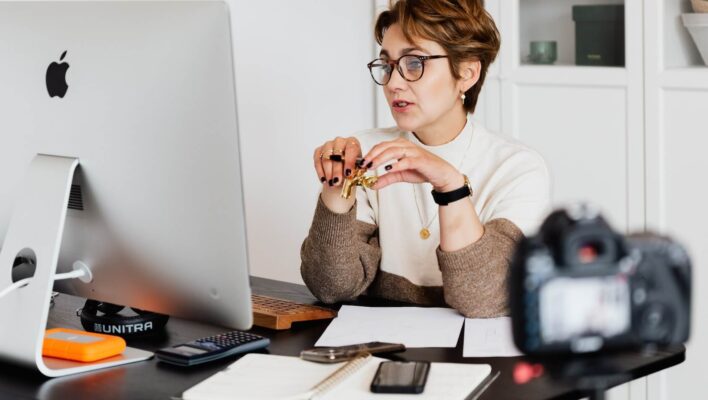 Could your eyeglasses reflect the screen you're looking at, leaking otherwise private information to others on a video call with you? Weirdly, the answer is yes.

A recent study has found that popular video conferencing softwares like Zoom or Google Meet can record the glasses reflection of a computer screen in enough detail to recreate the text on that screen.

So why shouldn't you be worried about it? Because the common webcam resolution, 720p, is only capable of reading font sizes of 50-60 pixels, or the size of a particularly large headline. Unless you're on a Zoom call while also taking a headline-sized look at your bank details or password list, you'll be safe.

Why Glasses Reflections Are Worth Keeping an Eye On

The study, titled “Private Eye: On the Limits of Textual Screen Peeking via Eyeglass Reflections in Video Conferencing,” was conducted by researchers at the University of Michigan in the US in tandem with those at the Zhejiang University in China.

The team included researchers Yan Long, Chen Yan, Shilin Xiao, Shivan Prasad, Wenyuan Xu, and Kevin Fu, who paired mathematical modeling with human subject experiments to figure out just how small a reflection could be before the text could no longer be reconstructed.

“Our models and experimental results in a controlled lab setting show it is possible to reconstruct and recognize with over 75% accuracy on-screen texts that have heights as small as 10 mm with a 720p webcam.”

The “over 75%” statistic refers to perscription glasses, which yielded better results than the more reflective blue-light blocking glasses in the study, due to a smaller curvature. The 10 mm reflection size tends to map to font size of between 50 and 60s pixels, according to an email from Long to The Register.

Will 4K Cameras Be Able to Capture Smaller Text?

Currently, the study found, the danger of a reflection revealing data through a present-day 720p webcams is fairly low, since it will only work for big fonts.

In the future, when 4K cameras are common, that risk increases at least a little.

“Our models further show that the evolution towards 4K cameras will tip the threshold of text leakage to reconstruction of most header texts on popular websites. […] Our research proposes near-term mitigations including a software prototype that users can use to blur the eyeglass areas of their video streams.” ~The study

In other words, even an HD camera will likely be limited to reflected headlines.

That's still a danger, so it makes sense that the study's authors have suggested a potential fix: Software that can automatically blur eyeglasses on video streams. We already have the technology, with blurred backgrounds a common feature in video conferencing software.

Given how often video call services like Zoom (and Microsoft Teams in particular) issue small updates and new functionalities in a constant battle to remain the most feature-rich conferencing service, it's easy to picture a glasses-blurring feature being introduced in the wake of this study.

Until then, you can stick with the classic reflection-reducing technology of contact lens.