Facebook's developers conference, F8, is currently underway, and one of the latest bits of info to drop is that the company intends to expand its dating feature, the logically-named “Facebook Dating”.

If you've never heard of it, don't be too surprised. It's currently only available in five countries, and the 14 further countries that it's being rolled out to still won't include the US.

Its killer feature is the “Secret Crush”, which lets you signal who in your friendship group you've always been kinda keen on. If they mark you down as a Secret Crush too, Facebook will play matchmaker.

However, with a string of privacy concerns hounding Facebook at every turn, should we really be letting them know who among our friends has taken our fancy?

There's a strange innocence to Facebook's Secret Crush feature, both in its name and in the way that it functions. As the name suggests, it's a bit like the playground antics of junior high, where notes are passed and dreams dashed on a regular basis. Available through the Facebook app, the Secret Crush feature allows you to add friends who get your pulse racing. Users can add up to nine names to their secret crush list.

Don't panic – unlike other dating apps, your crush isn't notified of your interest straight away. In fact, it's rather more convoluted, even compared to dating apps like Tinder. For the other party to even be aware of your interest, they must also be signed up for Facebook Dating. If they are, they'll be notified that somebody is interested in them. If not, your desire is left to languish on a drive in a Facebook server farm. However, assuming your crush is on Facebook Dating, and they get the alert, that's still not the end of the story. For the connection to be made, the other party has to also name you as a secret crush. Should these stars align, all will be revealed and…the risk-free adventure of dating someone in your friendship group can begin.

You might not associate Facebook with romance or dating. Perhaps you view it more as that place where your racist old uncle posts his questionable memes, and where those friend requests from people you worked with a decade ago remain ignored. In many ways though, Facebook Dating and Secret Crush are a more palatable extension of the young-and-horny Zuckerberg's original vision, when he created the site to compare female classmates against each other and rank them accordingly.

If you think that's distasteful, remember that his original concept was to compare these students to livestock. At the time, Harvard accused him of “breaching security, violating copyrights and violating individual privacy”. How things have changed… 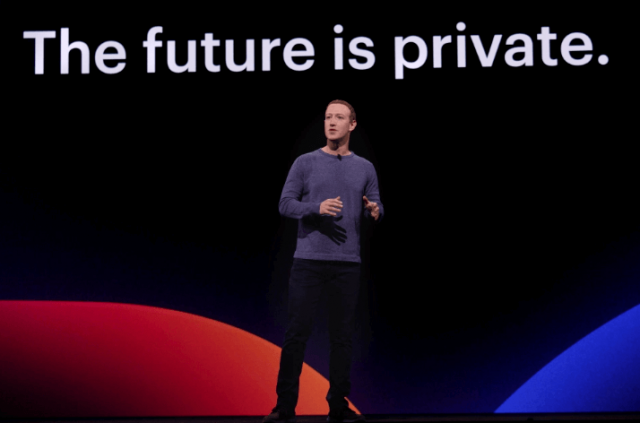 Arguably, the Facebook Dating app itself is fairly innocuous. But, it all depends on how the company uses your data. The basic app itself isn't a new concept by any means, and those looking to find dates are likely to be comfortable with its terms.

Secret Crush however, is a slightly pricklier topic. Facebook is asking users to entrust it with the names of the people in their circles that they are attracted to. Should this data be made public somehow, it could leave these users vulnerable. In the wrong hands, this information could be used to exploit or harass the person owning up to the crush, especially in situations where they may already be in a relationship, or if their crush is (relationship data, of course, is willingly given to Facebook by its users already).

If Facebook had a clean track record for privacy, then this hypothetical wouldn't require as much scrutiny. However, the company has been hauled over the coals in recent years, thanks to numerous leaks and breaches, such as the Cambridge Analytica scandal, which saw the personal details of more than 87 million users being mishandled. While Zuckerberg and co have been paying lip service to privacy ever since, to its users and governments across the world, can we really trust the company with our love lives?

US daters may not face this dilemma for a while. In the meantime, Facebook users in the following countries will be able to have a go at Facebook Dating and Secret Crush:

Not all Facebook updates at F8 are so romantically charged.  The company has also made announcements about ways to improve platonic relationships, and connect with friends.

Among these are improvements to its Groups functionality, which will now include redesigned tabs to make them easier to find, as well as a new discovery tool. It's also introducing new group specific functions, such as job templates in recruitment groups, and better anonymity options in health support groups.

Facebook's ‘Meet New Friends' feature is also being rolled out further, and allows users to connect with others locally who have signed up in their shared communities, such as schools, workplaces or cities.

There are also changes coming to Marketplace, with the ability to pay for items directly through Facebook.