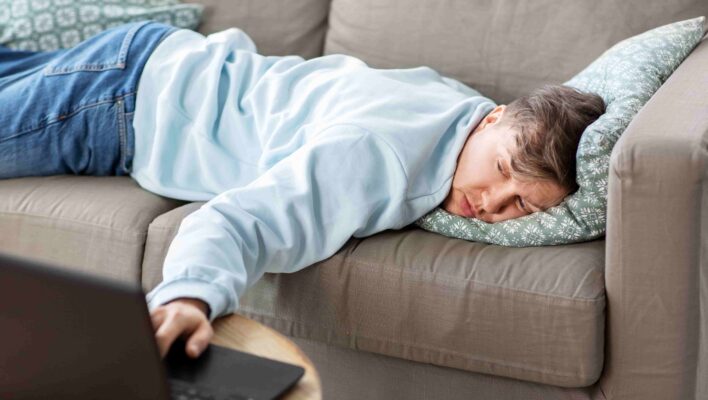 “Goblin Mode” has been crowned the Oxford English Dictionary’s word of the year, marking the first time the decision has ever gone to a public vote with an emphatic rejection of societal expectations.

The term – which has found its way into all sorts of social media content during the past 12 months – claimed victory in the wake of competition from “Metaverse” and “#IStandWith”, which were the other two terms shortlisted for voting by the Oxford University Press.

It must be said, however, that it wasn’t really a close-run race – a total of 318,956 English speakers voted for Goblin Mode, which accounted for 93% of the combined votes for all three phrases.

What is “Goblin Mode”, and Why Is it the Word of the Year?

Goblin Mode refers to “a type of behavior which is unapologetically self-indulgent, lazy, slovenly, or greedy, typically in a way that rejects social norms or expectations”.

“Goblin Mode” is an admittance that maintaining an overly sanitized, “perfect” pictures of yourself to present to the rest of the world on social media is unrealistic and unnecessary.

The implication that we all have the capacity to enter “Goblin Mode” challenges the belief you should drive to be the “best version of yourself” every single day, a mantra often trotted out by influencers and celebrities on social media sites.

All in all, it’s an acceptance that conforming to social norms all day, every day, just isn’t possible – and we shouldn’t live our lives pretending it is. Unsurprisingly, this message resonated with many people living in the post-pandemic world.

“It’s a relief to acknowledge that we’re not always the idealized, curated selves that we’re encouraged to present on our Instagram and TikTok feeds,” Casper Grathwohl, President of Oxford Languages, told the Guardian.

“This has been demonstrated by the dramatic rise of platforms like BeReal where users share images of their unedited selves, often capturing self-indulgent moments in goblin mode,” he added.

When Was Goblin Mode First Used?

While the use of the term “Goblin Mode” rapidly increased during the first half of 2022, ultimately sealing its place as word of the year, the term was first used well over a decade ago.

The first recorded usage of the term dates back 13 years to a 2009 tweet, while it initially appeared on the crowdsourced online slang dictionary Urban Dictionary in 2020.

But it was last year that it began its meteoric rise to prominence after a satirical fake news article was produced claiming Julia Fox had said Kanye West didn’t enjoy her going “full goblin mode” during their relationship.

Although the term “metaverse” appeared more frequently this year than it has ever been previously, it was perhaps apt that the word finished in second place.

“The Metaverse” has made headlines all year, with Mark Zuckerberg and Co. continuing to make outlandish predictions about the number of people who'll be spending in digital spaces in the near future and attempting to sell new VR headsets.

However, it’s received widespread criticism for being seriously overhyped, with many of the most popular Metaverse companies seeing a steep decline in active user bases.

So, in oddly poetic fashion, while those with a stake in the Metaverse tried tirelessly to dress it up to look more impressive than it actually is at present, Goblin Mode’s brutally honest statement on humanity’s inability to be permanently perfect evidently resonated with more people.