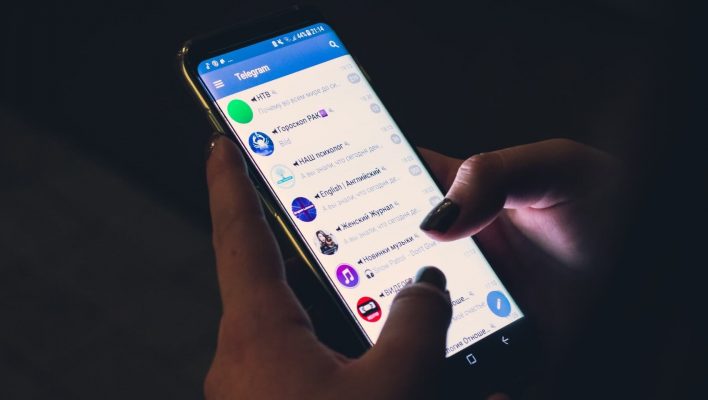 If you're getting fed up with Zoom calls and are in the mood to try something new, then you might be interested to learn that video conferencing is finally coming to Telegram.

Group video calls were due to be added in 2020, but delays saw the option pushed back to this year.

The video messaging space has become fiercely competitive over the last year; can Telegram find a place, and can you really trust them with your data?

What to Expect from Telegram's Group Video Chat

The announcement that group calling was coming to Telegram was made by founder Pavel Durov, on the platform itself.

The platform had originally promised to bring group video calling to its users last year, according to an April 2020 blog post, citing the pandemic as the impetus behind the move. It seems that these original plans got somewhat waylaid, although Telegram did add one to one video calling in August of 2020.

According to its founder, group calling on Telegram will bring with it many of the features that users have come to expect from such services over the last year, such as screen sharing and noise cancelling, as well as encryption. It's reassuring to see this last feature will be in place from day one – some of the bigger video messaging platforms, such as Zoom, didn't include this until well into their main product's lifespan. However, there may be a caveat with this — read on to find out why.

Telegram also states that its group video conferencing will have native desktop support, as well as working on mobile devices, via the app.

“Screen sharing, encryption, noise-cancellation, desktop and tablet support – everything you can expect from a modern video conferencing tool, but with Telegram-level UI, speed and encryption.” – Telegram founder Pavel Durov

Telegram has over 500 million active users, up from 200 million in 2018, so it's clearly popular. It has also benefited from the recent exodus that WhatsApp experienced, when Facebook changed the privacy terms of the app. Telegram even offered direct advice on how to move over from WhatsApp to Telegram, apparently attracting 100 million new users that month.

However, Telegram isn't without its critics. In fact, it's fair to say that the app is seen with disdain and distrust from several quarters.

There have been many concerns about the standard of its security features. While it does boast encryption for its messages, it doesn't offer end-to-end encryption by default. This has to be turned on manually, and unless it is, your messages are visible to the Telegram servers, according to Kaspersky. What's more, there is no end-to-end encryption option for group chats at all. We'll have to wait and see if this also applies to its group video messaging.

In addition, Telegram collects user metadata, including your IP address, devices, usage information, username and more. It can retain this for twelve months, according to the app's terms.

There are also some questions about the sort of content that Telegram allows on its platform. Many far right extremists have allegedly made the app their home, having been removed from others. A report by a German child protection agency found that some users promoted holocaust denial and incitement to hatred, calling the app a ‘right-wing extremist platform'.

“Telegram is an important hub that brings right-wing extremist actors from different backgrounds together on the one hand, and strengthens international networking on the other.” – Jugendschutz report

Web Conferencing in the Pandemic

There's no question that web conferencing has really come into its own in the last year. What was not so long ago a tool for people to speak to each other in far flung locations, has quickly become an everyday way to speak to friends and colleagues, replacing face-to-face meetings. Solutions such as Zoom were barely known of before 2020, and now they're a household name.

The sheer wealth of features that have been added to the likes of Microsoft Teams, Zoom and Google Meet would have happened at a much slower pace if it weren't for the extreme competition that the sudden sky-rocketing interest has fostered. Zoom only added end to end encryption last year, and we're seeing almost-weekly updates from the likes of Microsoft Teams, as it strives to make its offering as competitive as possible.

Free apps like Zoom, RingCentral's Glip and others have a place, but for those that rely on video conferencing for daily work meetings, a paid for solution is a much better option, removing time and attendee restrictions, and adding extra features such as reporting. Read our dedicated guide for more information on the best video conferencing services on 2021.