The 3.5mm headphone jack. Never in the history of technology has something so small caused so much drama, for so many, despite being so, so simple.

So, why do so manufacturers struggle to work out whether they want their devices to have headphone jacks? Even when they know their decision will be met with the rancour of consumers?

Samsung's Note series of phones are primarily designed to help mobile workers be more productive — the Note 9's weird Fortnite tie-in notwithstanding. The kind of people who buy Note-series phones value convenience and, by removing the headphone jack, Samsung will rob these buyers of something they really value.

What's more, Samsung has previous from for throwing shade at Apple for removing the headphone jack from its phones.

Not having the headphone jack on the Note 10 is set to be a massive climbdown for Samsung, and a potential disappointment for its customers.

Pay Less, Get More with Google 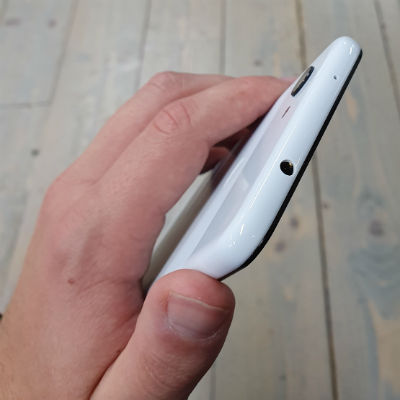 On the other end of the spectrum, Google decided to add a headphone jack to its most recent phones. The Pixel 3a and 3a XL cost half the price of the Pixel 3 and Pixel 3 XL but come with added convenience.

When it launched the Pixel 3a, Google claimed that it added the headphone jack because it “heard people want more headphone options.” But why are Pixel 3 and 3XL owners – people who spend upwards of $800 on a Google phone, rather than $399 – denied those extra options?

Apple, the iPhone 7, and “Courage”

Perhaps the most infamous incident involving a headphone jack was Apple's decision to ditch it from the iPhone 7.

Apple wasn't the first company to ship a phone sans 3.5mm jack, but it was certainly the most high profile. During the product's announcement, Apple claimed that it required “courage” to remove the headphone jack, and that we would appreciate its bold decision down the line.

As it turns out, removing the headphone jack has been a huge success for Apple. AirPods have become something of a phenomenon, selling 35 million units last year. What's more, Apple also sells wireless Beats headphones hand-over-fist.

However, Apple could have launched AirPods even without removing the headphone jack. It should have trusted the quality of the AirPods themselves. In short, consumers shouldn't be pushed into buying products.

Of course, ever since, Apple has stuck diligently to its anti-headphone jack policy. Even the latest iPad Pros, which are clearly capacious enough to accommodate a headphone jack, don't have one.

However, there is still some confusion — Apple keeps touting the iPad Pro as a laptop replacement. Yet, all of the company's “real” laptops have headphone jacks. Why the difference? We have no idea.