Huawei has named its new operating system as Ark OS. The Chinese tech company seems set on developing its own OS, given that it can no longer use Google’s Android platform.

News of the name comes from European trademark filings. This marks the first real signs that Huawei is serious about creating its own operating system to rival Android and iOS.

This development follows the US government ban on US-based companies supplying hardware or software to the Chinese phone giant. This shock ruling took many by surprise and could potentially leave Huawei users in the cold as new versions of Android arrive.

Why is Huawei Making its Own Operating System?

Because it has to – it really is that simple.

The US government’s ban on US companies working with Huawei has really forced its hand — Huawei won’t be able to use Android on its future phones unless the ban is lifted.

Of course, the ban may be lifted in future — by this administration or another. But, given the reception Huawei is receiving in the west at the moment, the company might just stick to its own operating system if it proves popular.

Read more – Everything You Need to Know About the Huawei Ban

Given the huge scale of the Chinese market, it’s not as though Huawei will lack for customers. Let’s not forget, Huawei is the second largest phone manufacturer on earth – despite its phones being effectively blocked from sale in the US. 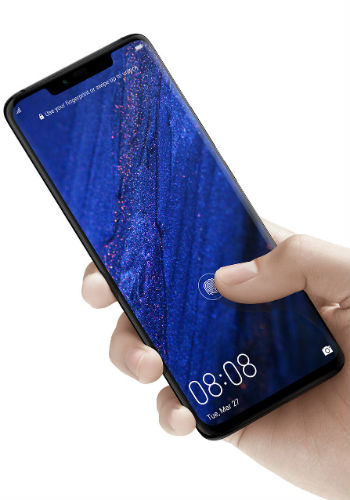 Why Did Huawei Name its OS Ark?

No one really knows at the moment — all we’ve seen so far are the trademark filings.

Companies tend to keep new operating systems fairly quiet. Google, for example, has been incredibly secretive about the Fuchsia OS it has been developing for a few years now.

However, there is the possibility that Ark OS might be a big bluff. Huawei is one of the few phone manufacturers with growing sales, making it a crucial partner for Google in developing economies.

By registering Ark OS trademarks, Huawei might be signalling to Google (and the US) that it is serious about splitting from the search giant. Huawei, of course, would then be free to dominate emerging markets, including China and India, with the potential of forming a serious alternative to Android.

Find out more – Is Huawei a Genuine Security Threat?

The prospect of Android morphing from a partner to a rival might force Google into exercising its significant lobbying might to overturn the US ban.

Either way, it’ll be interesting to see how this fight plays out for everyone involved.