Computex – the annual technology expo in Taiwan – is upon us again. Many manufacturers are using Computex 2019 to reveal their latest and greatest laptops.

From future-gazing two-screen setups, to somewhat more retro design choices (woodgrain inlay, anyone?), there's some fierce competition this year for our attention. It feels as though the laptop designs are getting more extreme than ever.

We take a look at some of the more notable laptops from Computex this year. Spoiler alert: none are wallet-friendly. 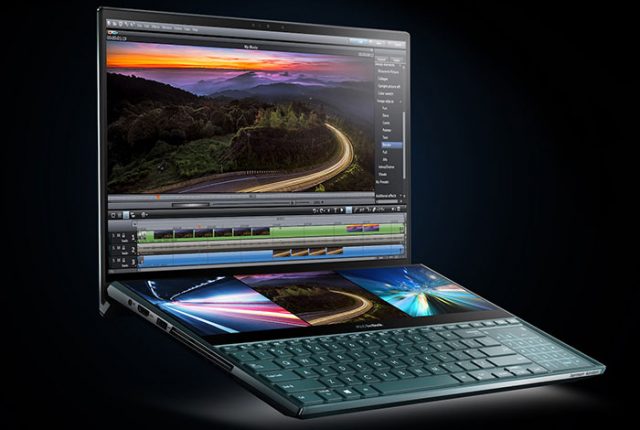 The real talk of the show, the Asus ZenBook Pro Duo, doubles the number of screens on your laptop. Yes, you get the regular screen in the place you'd expect to find it. But, Asus has also served up a second display just above the keyboard, too. It takes up half the keyboard space, making it a rather strange ratio 32:9 aspect ratio. It's highly detailed, though – both displays are 4k resolution.

If you've ever looked at the Touch Bar on the MacBook Pro and wished it was bigger, then Asus has pretty much answered your prayers here. It also feels as though this extra display has a lot more functional uses, thanks to its size. It could be used as a web browser or a chat window while you're working on something on the top screen. Or, it could be a discreet way to catch up on some Netflix while pretending to focus on the Excel spreadsheet on the main screen (we won't judge).

This isn't Asus' first rodeo when it comes to a second screen. The brand has replaced the traditional trackpad with a screen before. Competitors, such as HP, have also experimented with extra displays, but we've not seen anything of this size and shape before.

To accommodate the screen, Asus has had to do some slight reordering of the full size keyboard, which has been placed further down the base of the laptop. However, if you're wondering where the trackpad is, don't worry – it's still there, just moved over to the right.

In terms of specs, you can expect up to an eight-core Intel Core i9 processor and NVIDIA RTX 2060 GPU, HDMI port, two USB-A ports and a Thunderbolt 3 port too. Translation? Plenty of power.

No pricing or availability details yet, but we'd expect it to arrive in the Autumn. 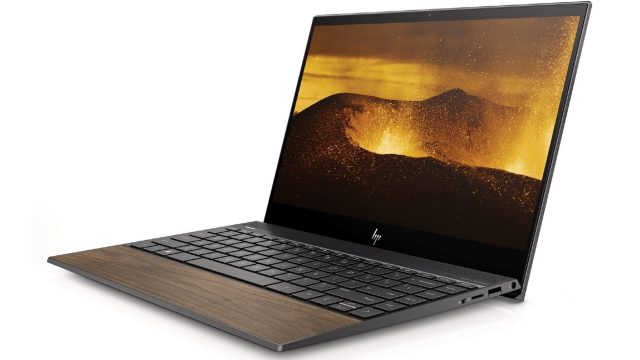 HP has unveiled a new line of Envy laptops. The new Envy 13, Envy 17, Envy x360 and Envy x360 15 models all surprise with an unexpected material in their chassis. Yes, just like the Atari 2600 and your Mom's old station wagon, the Envy Wood range boasts a tree-based finish.

While laptop makers do like to experiment from time to time (HP's Folio came in leather, and the Microsoft Surface keyboard is luxurious alcantara,) it feels as though wood hasn't been allowed this close to technology since the seventies.

Amateur arborists will be delighted to hear that HP isn't just restricting you to one style, either. Just like picking a finish for your Ikea table, there are three to choose from – natural walnut, white birch and pale birch.

The latter two are the more suitable, and blend in pleasingly with the rest of the laptop case, while the walnut definitely feels like more of a statement. If that wasn't enough, the woodgrain should also vary between laptops, given that natural state of the inlays.

As for the internals, no, not termites, but pretty much the same specs as the current line up of Envy laptops, but with second generation AMD Ryzen chips.

If you want to get your hands on the Envy Wood, you'll need to wait until Autumn. 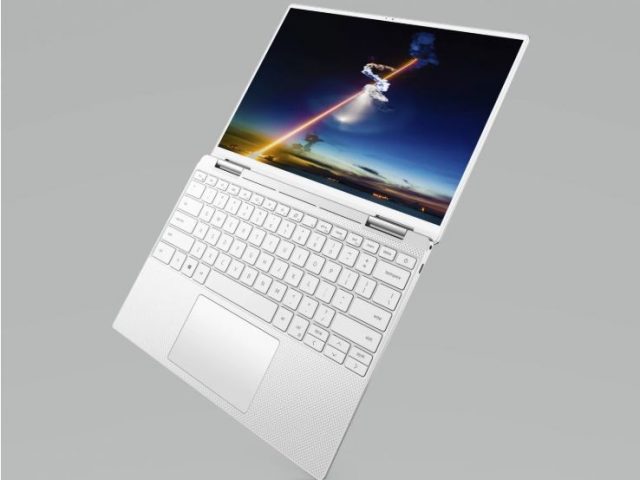 Something of a Tech.co favorite, the Dell XPS 13 2-in-1 is an ultra-slim and lightweight laptop that doesn't scrimp on power. If you're after a Windows ultrabook, we'd recommend a Dell XPS for your short list. Dell has just made the series even more convincing, with an updated XPS 13 2-in-1.

Its most impressive feature is a 10th generation Intel Processor, which will net users faster speeds than previous chips. According to Intel, it also achieves much more impressive graphical power. Dell has also made the display slightly bigger too, with a 13.4-inch screen replacing the previous model's 13-inch version. It's not much extra real estate, granted, but hey, we'll take it.

The keyboard has also seen some revisions, with a larger trackpad, plus the fingerprint sensor has moved from the base of the keys to the top-right corner instead – it no longer languishes in its own no man's land. It has also adopted the ‘maglev' tech from the 15-inch XPS 2-in-1, where the keys use magnets to give a greater feel of travel when pressed.

When it comes to specs, there's a 9th gen Intel Core i5, i7 or i9, plus an NVIDIA GTX 1650 GPU, and up to 64GB of RAM. There's also an OLED screen option, as well as a cheaper Full HD variant. No word on release date yet. 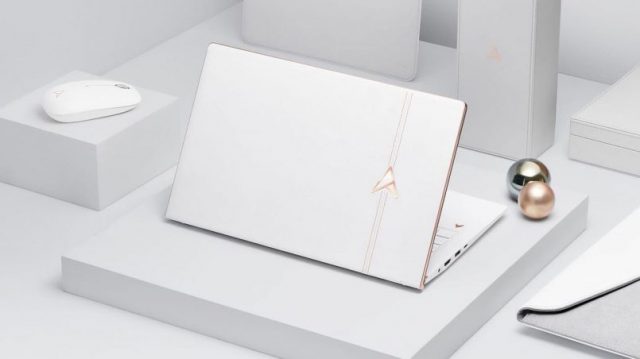 If you're the sort of person who wants to dominate your team meetings by throwing down the best looking laptop on desk, then you might want to  consider the Asus ZenBook Edition 30.

Released to mark the company's 30th anniversary, the laptop is the sort of thing you'd expect to find in a Bond villain's lair. Forget about the wood inlay of the HP Envy, Asus has opted for white leather, topped with an 18-karat rose gold logo.

It also comes with suitably showy accessories, including a leather case and ‘pearl white' mouse.

The specifications aren't quite as stunning at the design, but they're not bad by any stretch. An 8th gen Intel Core i7, NVIDIA GeForce MX250 and 16GB of RAM. It has also been adorned with the Asus ScreenPad, a digital display in place of a touchpad.

Asus hasn't announced a retail date or price yet, but we can't help but feel this one won't be cheap… 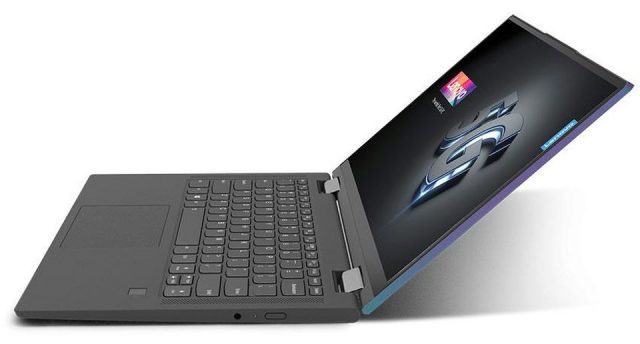 In a partnership between Qualcomm and Lenovo, this year's Computex saw the reveal of the world's first 5G laptop, dubbed Project Limitless.

Powered by a Snapdragon processor (the newly announced 8cx), the laptop series promises to provide always-on access to the high speed 5G network, meaning that even if you're miles away from the nearest free wi-fi, you can still enjoy fast download and upload speeds. It also promises ‘multi-day' battery life.

It's apparent that the Project Limitless laptop is still in its prototype stage, and there aren't many concrete details about the models at this stage. There's no confirmed release date yet, but, with Qualcomm offering more information in 2020, it seems that it could be quite a wait before it comes to market. Regardless, it does mark something of a watershed moment for laptops, and could change the way that we use laptops out in the wild in the future. 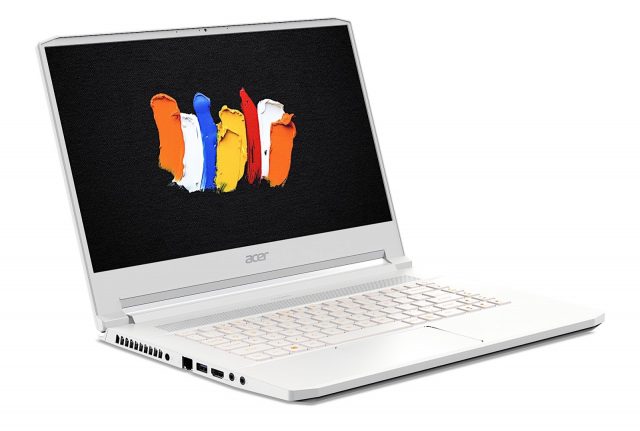 Yes, we know that the ConceptD 7 was officially unveiled last month. But, it's not even out yet and Acer has already given it an upgrade. Revealed at Computex, Acer stated that it will offer the new NVIDIA Quadro RTX graphics chip as a spec option. NVIDIA's latest graphics hardware is aimed primarily at design professionals, so adding it to the ConceptD 7 seems like a smart choice.

Acer's pitch with the ConceptD 7 is to offer a MacBook Pro beater at an unbeatable price. A brief glimpse at the specifications sheet suggests it might even succeed. The laptop has a gorgeous 15.6-inch 4K display and 9th gen Intel Core i7, plus, that new NVIDIA graphics chip certainly makes it compelling.

Acer has also made the smart move of giving the user a bevy of ports, including USB-C and USB 3.1, as well as an SD card slot. MacBook Pro users have to make do with just Thunderbolt 3.

It's not cheap, at $2,299. But it is priced a few hundreds dollars less than the closest MacBook Pro equivalent. We just wish that Acer had spent a bit more time on the design. Despite its high end specs and serious intent, the look of the laptop seems worlds apart from Apple's sleek lines and tactile appeal.

The ConceptD 7 is expected in the summer.