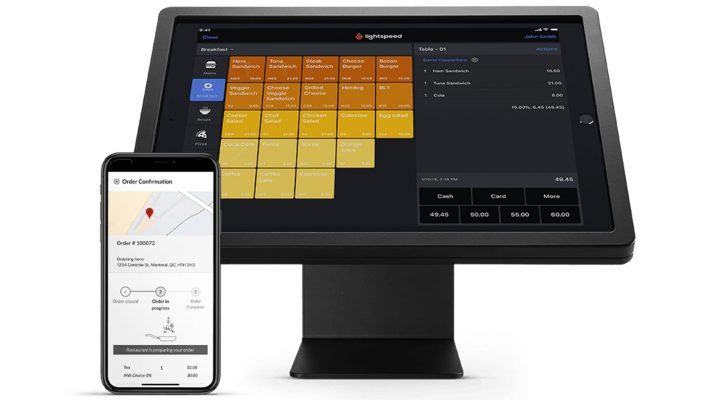 Big news in the world of Point of sale providers today as Lightspeed announces that it has purchased the restaurant-specific platform Upserve for more than $400 million.

The deal, which will see Upserve's team amalgamate into Lightspeed's, follows hot on the heels of Lightspeed's acquisition of ecommerce platform ShopKeep a week ago. It might appear strange to see a company throwing money around in the time of a global pandemic but, as smaller companies struggle (such as Upserve and ShopKeep) bigger companies often seize the opportunity to gobble them up.

But what does this mean for you and your business?

Lightspeed Buys Upserve: What Does it Mean for You?

In truth, you're unlikely to notice any big difference right away, regardless of whether you're an Upserve or Lightspeed customer.

However, over time, it's likely that restaurant-specific Upserve features, such as the dedicated training mode and bill-splitting, will find their way into Lightspeed's offering. This, of course, is great if you're a restaurant that uses Lightspeed — you're essentially getting all the best bits of Upserve without having to pay any extra.

But what if you're an Upserve user? Well, we can't be sure, but we'd wager that your familiar interface becomes increasingly more like Lightspeed's before, one day, you step back from your cash register to realize that you are, in fact, now using Lightspeed.

That's not necessarily a bad thing, though, Lightspeed is used in more than 100 countries around the world by loads of businesses.

In terms of pricing, again, we'd expect no immediate change. However, over time, we'd imagine that Upserve's plans will become merged with Lightspeed's. Again, that's not necessarily a big deal, the two companies have fairly similar pricing structures already.

What Does it Mean for the POS Industry?

It means that Lightspeed is set to become an even better proposition as a POS software. And they're already top choice for Retail POS.

“Combining forces with Upserve is a strategic next-step in Lightspeed's vision of providing the most advanced commerce platform to high-performing businesses around the world,” said Dax Dasilva, Founder and CEO of Lightspeed.

Point of sale platforms, which can look boring from the outside are seriously big business right now . Lightspeed became a publicly traded company on the New York Stock Exchange in September this year (having also traded on the Toronto Exchange since 2019) and is up some 27 points in value since. Shopify became available to trade in 2015 and has proven to be a fairly strong long term stock option for many. BigCommerce and Square are both publicly listed companies, as well, with Square proving remarkably resilient during the pandemic.

It's clear to us, at least, that Lightspeed is making a strong pitch for the very top of the POS market. Watch this space.