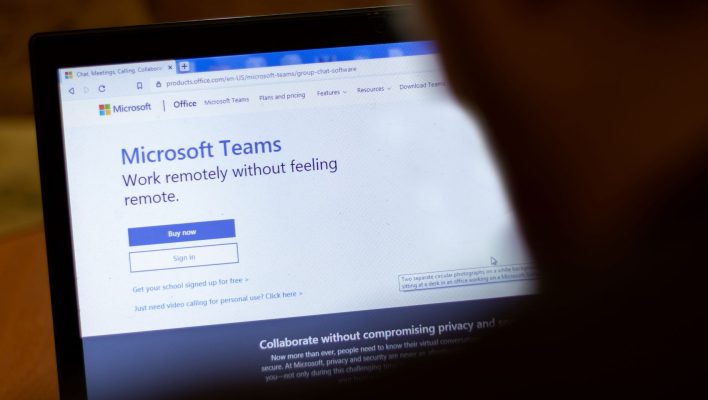 As if hearing hold music on a phone call wasn't enough, you'll now get to hear it during a video call too, as Microsoft Teams is adding hold music to its web conferencing service.

The feature will be available to all by next month, replacing the stark silence users currently hear.

We don't know yet if users can customize the music that's used, but, as anyone familiar with the concept knows, there's one thing we can say for sure about hold music: Its entire listening audience would always rather be doing something else.

Announced through a Microsoft 365 roadmap update, the new feature will allow music to be played to the callers who are waiting on hold. This music can be set up to be triggered as soon as a call transfer is initiated.

Right now, users simply sit in silence during the call transfer, but the new functionality will be generally available some time in September, so you won't have long to wait.

Once out, it'll be available to anyone using Microsoft Teams, whether they're on web, desktop, or Mac. And if it operates like similar Teams features, it will have to be turned on by the admin, rather than just start piping music into your ears automatically.

What Type of Hold Music Works Best for Business Meetings?

There's one big question remaining here. What genres of music will users be able to play?

We'll have to wait to find out. Microsoft hasn't yet clarified if they'll be giving users the ability to add their own custom-picked tracks or if they'll have a selection of preset options to choose from. Likely candidates include smooth jazz or elevator music.

However, since Millennials have comprised the largest percentage of the workforce for years now, this new feature just might be the opportunity to verify a long-held prophecy: That lofi is just muzak for Millennials.

lofi is just muzak for millenials

I'm predicting plenty of lofi beats for waiting around in a group video call.

If you were hold out for the “lofi beats to wait around in a group video call to” playlist to become available before settling on a web conferencing platform, then Microsoft Teams is the one for you. The biggest industry leaders worth considering, going by our research, include GoTo Meeting and Zoom, though we've ranked them all over here, so you can judge for yourself.