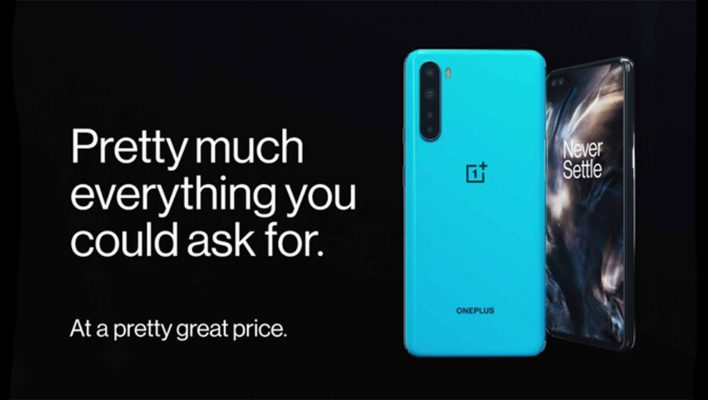 OnePlus, after weeks of drawn-out teasers, has finally revealed the OnePlus Nord, its eye-catching mid-range smartphone that may offer serious competition to the market.

The new phone has a pleasingly low €399 (around $450) price tag, and looks extremely well-equipped to do battle with the iPhone SE and  upcoming Google Pixel 4a models. However, sadly, the first OnePlus Nord won't be coming to the US — the company has said that further mid-range models will be arriving with the Nord branding, but they're not quite ready for launch.

Has the US missed out on another great mid-range phone? 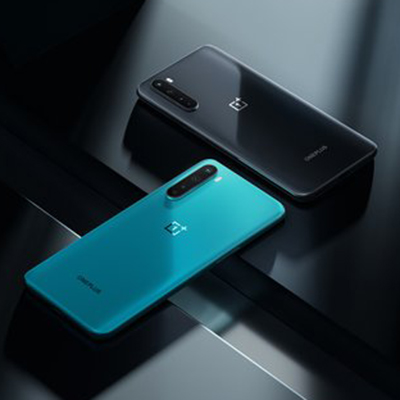 The OnePlus Nord doesn't have a set of specs that will blow you away if you've been eyeing up a top-of-the-line model. Instead, OnePlus has been slightly more judicious with the phone's spec sheet, choosing the features that will make the greatest tangible difference to your experience.

For example, it has an AMOLED display with a 90Hz refresh rate, giving you a smoother experience when you're scrolling through your favorite apps.

It also has a Snapdragon 765G processor which, while it isn't the fastest, does offer you more than adequate performance as well as 5G connectivity.

The Nord packs in a large 4,115 mAh battery and 30W fast charging to avoid any battery life issues. It also has Gorilla Glass on the front and rear, avoiding any cheap plastic rear cases.

However, OnePlus has saved some money with slightly outdated UFS 2.1 storage, which isn't as fast as the newer UFS 3 tech. It also only has a USB-C 2.0 so file transfers won't be as quick. The Nord doesn't get a proper IP waterproof rating, either. If that's key to you, see our guide to the best waterproof phones you can buy.

Round the front, you'll find a 32Mp wide-angle lens as well as an 8Mp ultrawide camera.

All told, the OnePlus Nord looks to be a very impressive phone for $450 — it's just a shame it won't be available in the US.

Why is the OnePlus Nord a Big Deal?

The Nord has been billed as a return to OnePlus' roots. The company started out by making impressive mid-range phones, with lower prices than many Android competitors.

However, successive models saw incremental price increases, until the OnePlus 8 and 8 Pro started from $699 and $899, respectively.

The Nord, meanwhile, takes the best features from the more expensive OnePlus phones and places them directly into a cheaper phone. In fact, OnePlus itself even boasts that the 48Mp wide-angle lens in the Nord is exactly the same as the one found in the more premium OnePlus 8.

But, the phone also signifies a growing trend in the smartphone market — companies choosing to make distinctly cheaper phones, rather than simply jumping on the latest flagship bandwagon.

In the past few months, we've seen very impressive mid-range 5G phones revealed by Motorola and newcomers TCL, as well as the iPhone SE. We're still hoping and waiting on Google to release the cut-price Pixel 4a series of phones, as well.

It seems, then, that the days of spending more than $1,000 to get the best smartphone on the market might – thankfully – be drawing to a close.

Why isn't the OnePlus Nord coming to the US?

In truth, we don't know. It might have something to do with the US' fractured 5G network, or simply a perceived lack of demand from OnePlus in the US.

However, it is concerning that neither the Motorola G 5G Plus or this new OnePlus are coming to the US. These are set to be two very impressive phones at distinctly affordable price points that would help drive 5G adoption.

As mentioned above, OnePlus has said that other lower-price Nord-branded phones will be coming to the US. But, sadly, they won't be arriving for a while.