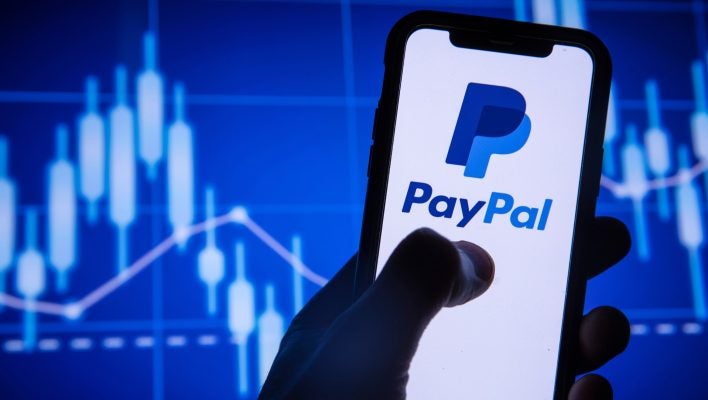 According to a press release recently issued by PayPal, the online payment service has started to offer stocks to its new employees.

While PayPal didn't explain the motivations behind its ‘Inducement Equity Incentive Plan', many suspect the scheme was rolled out to retain new workers, after the company was forced to make mass lay offs in several offices around the globe.

Giving employees a measurable stake in the business is an effective way to keep workers loyal. Yet, with new research suggesting that flexible working conditions may be the best way to retain top talent, the impact of this plan still hangs in the balance.

PayPal Hands Out Stock to its New Workers

As the stock market continues to plunge and tech giants are forced to pump the breaks on spending, companies are thinking of creative ways to keep hold of top talent.

For instance, following in the footsteps of other tech firms like Microsoft and Amazon, the fintech mega-weight PayPal has recently decided to hand out shares of the company to new employees.

In a press release issued last Thursday, the company explained it had already handed out stock awards to 435 non-executive employees on July 15th, after the plan was approved earlier in the month.

Why Did PayPal Launch this Scheme?

PayPal did not provide any explanation for this plan in its press release, so the company's exact motivations remain unclear.

However, administering shares of the company to employees is a tried and tested way to encourage staff loyalty. Tech titans like Microsoft and Apple have been using the strategy to keep employees on side for years, and Amazon recently funneled a record $6 billion on stock grants in the second quarter of this year.

As a global recession continues to loom, increasing salaries isn't a viable option for all companies. Instead, handing out stock to employees is another effective way to reward new and existing workers. Not only does it promise them financial benefits when the market recovers, but it also doesn't come as a massive expense for companies.

With PayPal failing to meet growth goals and closing down 4.5 million accounts this year, offering stocks to employees allows them to remain competitive without breaking the bank. However, as the stock market continues to tank — especially within the tech sector — it's unclear how much PayPal's scheme will benefit new workers.

Is Stock Sharing the Best Way to Retain Staff?

As the great resignation rages on, tech companies are pulling out the stops to retain their top talent.

Many major tech firms have both announced pay rises, with Apple promising retail workers a 45% wage increase from 2018 and Microsoft nearly doubling its budget for salary increases. Moreover, as this recent announcement by PayPal illustrates, more and more companies are also turning to stock schemes to reward workers.

However, despite the commonly held notion that cash is the best way to retain talent, new research from the National Bureau of Economic Research (NBER) suggests that employees are more likely to favor flexible working practices over pay increases.

A healthier work-to-life balance is proving to be a top priority for modern workers. Therefore, using remote working software and embracing hybrid practices could indeed be the most effective and economical way to reduce resignations.

Interested in retaining staff by adopting flexible solutions? Read our tips on how to manage remote employees here.