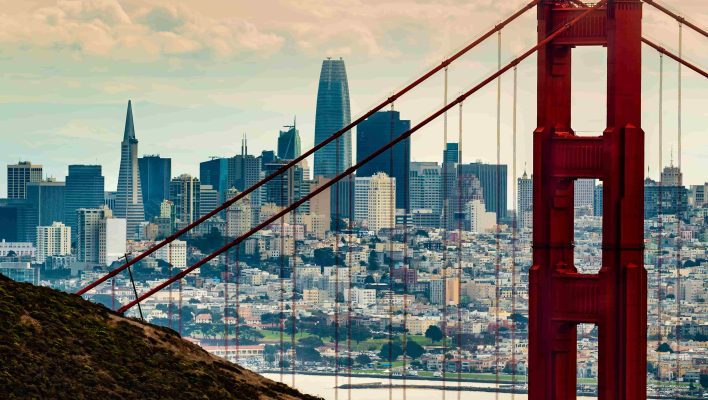 Although the mass shift to remote and hybrid work has been a godsend to many workers in all sorts of sectors, some politicians, like San Francisco Mayor London Breed, are “worried about the trend.”

With staff teams now comfortable using web conferencing software, companies are selling office space left, right and center which, along with the migration of people away from urban areas, could change the dynamic of cities permanently.

Tech-heavy cities look particularly at risk of major change, considering so much work can be done remotely.

According to CBRE research, the office vacancy rate in San Francisco rose from 23.8% in the first quarter of this year to 24.2% in the second quarter.

Another brokerage firm, Cushman & Wakefield, uses a different methodology to work out vacancy rates. Even by their more conservative estimates, the vacancy rate is currently 21.7% (which was flat with the first quarter) and up from 20.1% in 2021, according to real estate brokerage.

Local government estimates suggest around one-third of San Francisco's workforce is now remote and residing outside of the city proper, creating a $400 million-shaped hole in the city’s tax revenue.

In an interview with CNBC discussing the matter, City Mayor London Breed was quick to label the socioeconomic phenomena a “change” rather than an exodus.

“We’ve experienced a global pandemic. People have been working from home,” the Mayor explained. “And I think that most employees want some level of work from home as they returned to the office. And a lot of employers are providing that as an option.”

Is Lease Non-Renewal a Cause for Concern?

Employers cutting down on office space include some of the city's biggest tech firms, such as Salesforce, which announced last week that it was leasing 40% of its office space in San Francisco.

This is the third time either during or since the pandemic that the company has cut back on physical bases for employees.

Others, like financial tech company Block (formerly Square), announced in June that it is not planning to renew its lease on its 470,000 square feet former headquarters.

According to the San Francisco Chronicle, overall, the amount of office space listed for lease in the city has quadrupled when compared to pre-pandemic levels.

Tesla have doubled down on their in-person workforce and started tracking office attendance.

Despite some companies pitching up for the long term, the media's focus is still very much on those leaving – and the ensuing economic impact is what matters.

As Pew explains, “Many cities rely on those who work there—but do not live there—for revenue. Commuter-driven revenue could come from the sales tax on morning coffee, a tax on wages earned in the city, or parking fees.”

If San Francisco's $400 million deficit is anything to go by – and companies replicate decisions made by tech leaders like Salesforce – then more US cities could soon start to feel the squeeze.

What’s Happening in Other Major Cities?

According to Reuters, Amazon recently paused the construction of six new office builds in Bellevue, Washington, and Nashville, Tennessee.

Both Amazon and Meta have reportedly pulled back on office expansions in New York City recently too, with the latter deciding not to take on a new 300,000-square-foot space.

On the other hand, Amazon is going ahead with its Hudson Yard plans, but reducing the space they’re planning to lease.

Chicago reached a record 21% vacancy rate in March, and only 41% of office workers showed up in June, Bloomberg reports.

Most companies are not going to force all workers to come back into the office any time soon, especially when it doesn't actually affect their ability to perform their jobs. Employers are not going to abandon tools such as Zoom and Teams, which reduce staff costs, support a more flexible and diverse workforce, and boost productivity on the road.

It's cities that will need to adapt – and this is exactly what San Francisco plans to do. “I think it’s really going to be about making adjustments,” Mayor Breed told CNBC.

“Our concerts, our activities, our conventions, a lot of the things that people would want to visit a major city for is what we have to also focus on, and working in the office is just going to be an adjustment to change.”

In short, US cities will no longer be able to simply rely on the fact that people have jobs there to keep the local economy ticking over – and if that means an injection of cash into transport infrastructure, events, and more, it can only be a good thing.