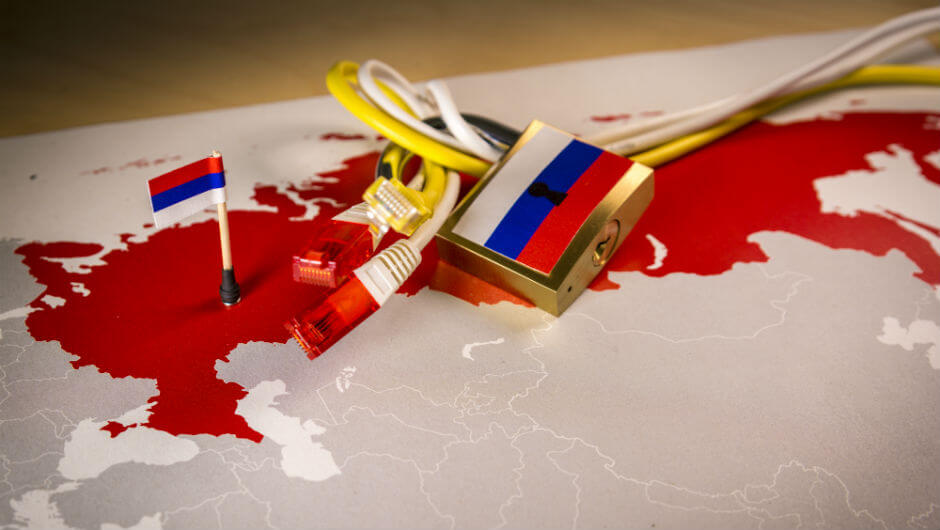 Russia has a complicated relationship with the internet. The Kremlin’s internet censors are swift at removing content and blocking websites such as Linkedin.

Every day, Russians search the web using Yandex instead of Google, and talk to friends on VKontakte, rather than Facebook.

Now, the Kremlin is preparing to take things a step further and cut Russia off from all non-Russian content online. It’s only for a day, admittedly, but it's all part of a contingency plan to disconnect the country from the internet in case of a cyberattack.

How Will Russia Disconnect The Outside Internet?

Following a series of bills passed by the Duma, the country’s parliament, Russian authorities are planning to run a test, in cooperation with internet service providers. This test will stop all foreign traffic coming into Russian sites, and prevent all Russian traffic from accessing sites with foreign IP addresses.

The bills, as noted by The Register, are light on technical detail. But, given that Russia currently holds ISPs directly responsible for illegal content reaching the computers of Russian citizens, it seems clear that they will be willing to work with the Kremlin.

Interestingly, the project is being overseen by Natalya Kasperskaya, the ex-wife and co-founder of Kaspersky antivirus software. The Kaspersky brand has had a rough ride of things in past years, with its reputation tarnished by alleged close links to the Russian government.

Apparently, ISPs in Russia will be responsible for building the infrastructure to make the great disconnect happen. The Russian state will reimburse them for their troubles, however.

The ISPs will have to work quickly, though, as the test is currently planned to take place before April 1.

Why Is Russia Doing This?

Ostensibly, Russia is prepping for a severe cyber attack, or even a real world attack, carried out by a foreign power. By disconnecting itself from the wider internet, Russia could effectively pull up the cyber drawbridge and separate itself from the outside world.

However, given Russia’s history of state censorship, it seems as though this might be an attempt to exert even more control over the information its citizens can consume.

But – whisper it – could the Russians be justified in their thinking? As pointed out by The Register’s Gareth Corfield, the British defence secretary announced in a speech this month that the UK would increasing its budget for “offensive cyber capabilities.”

What’s more, Trump’s recent AI initiative announcement highlighted the need for the US to catch up with Russia and China on the tech.

Perhaps it’s not paranoia if they really are coming for you.

Read more about the uneasy relationship between tech and politics on Tech.co