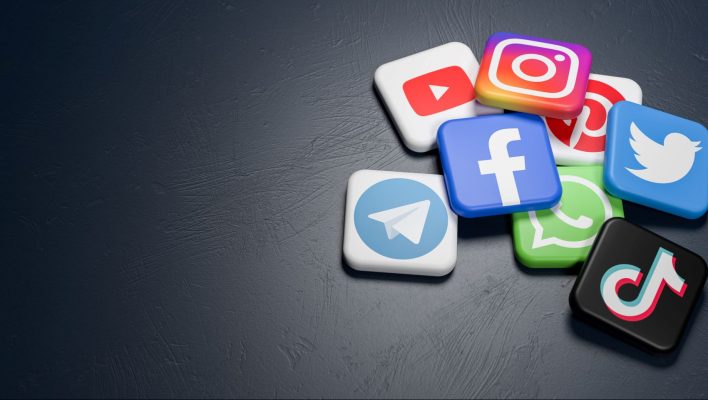 The pandemic has changed a lot when it comes to the business world. From remote work policies to virtual meetings, employees and employers are doing their best to get used to this new normal.

Businesses aren't the only ones changing, though. Consumers have also made some notable shifts in behavior, and staying up to date on these emerging trends is the best way to make sure your business can keep up.

In a new study from Zendesk, researchers found that consumers have been flocking to social messaging for business purposes like never before. Read on to learn more about the overnight trend that has businesses excited about a new way to engage their customers.

Social Messaging Is on the Rise

The study from Zendesk, titled Customer Service Gets Conversational, found that 64% of customers tried a new channel by which to pursue customer service in 2020, and that 74% of customers that did so plan to do it again.

In fact, social messaging has become an incredibly popular avenue for customer service in the last year. It usage has more than doubled since 2019, with text messaging, in-app messaging, chat, and even email increasing in usage year-over-year. Only phone use has decreased when it comes to customer service, and given the chaos with spam calls, not even by the much. 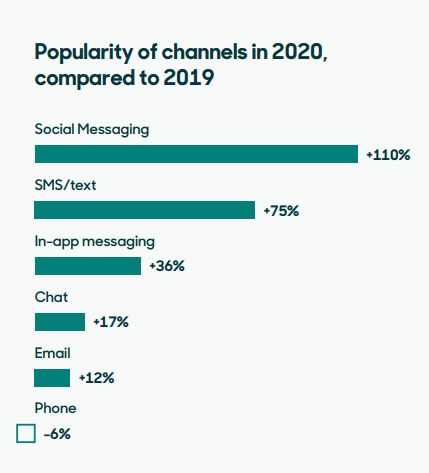 Let's be honest, in 2021, the phrase social messaging is pretty vague. With plenty of platforms out there, which social messaging apps are actually making an impact for businesses, and which ones can you leave alone?

According to data from Zendesk, it all depends on where you are. In the US, for example, Facebook Messenger and Twitter DM have nearly quadrupled in usage for customer service, with text message use increasing by more than 40%.

Want to engage your customers? Check out our Zendesk pricing guide

Asia has seen a similar increase in Facebook Messenger and Twitter DM usage, with customers using the platforms more than twice as often as they did in 2019.

However, if you reside in Europe, Latin America, or the Middle East, the story is quite different. While Facebook Messenger and Twitter DM have seen moderate increases in usage over the last year, the use of WhatsApp — the widely popular (outside of the US) Facebook-owned messaging app — has exploded with a 190% increase in 2020.

Suffice it to say, the social messaging trend for customer service is a valuable one. So how can you company get on board? 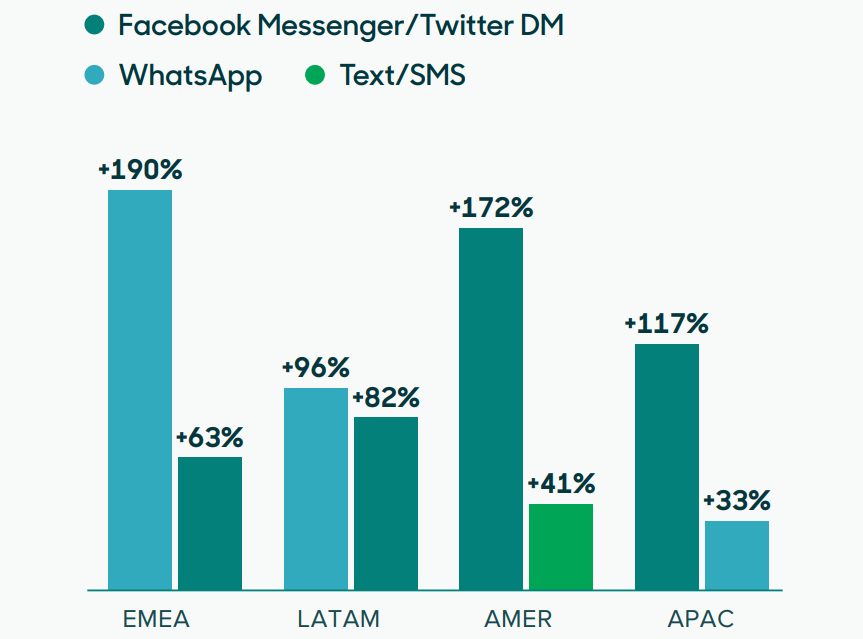 How Does This Affect my Business?

Pandemic or not, this trend doesn't seem to be going anywhere soon, which means if you aren't in on the customer service via social messaging bandwagon, now is the time.

Fortunately, there are plenty of ways to do this that won't cut into your budget. For one, you could direct your social media manager — if you have one, that is — to start replying to messaging on social media. Obviously it will be a bit time consuming, but clearly it's worth it given these numbers.

Another viable option for engaging customers through social messaging is to use chatbots. These AI-powered tools can respond to messages on social platforms like Facebook and Twitter, guiding users to specific resources and departments based on their questions, in the same way a virtual voicemail assistant can do for your phone system. Many social media management platforms, CRM software, and other business tools offer this kind of functionality.

All this is to say: Start using social messaging for customer service! The numbers are as clear as day that it can improve your bottom line, particularly given the importance of customer service when it comes to the success of your company.