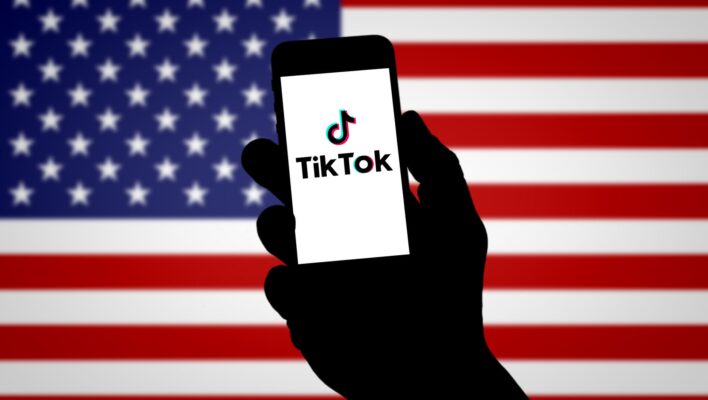 As concerns over cyber-espionage mount, Texas has become the latest state to ban agencies from using TikTok on government-issued devices, making it the fifth state to impose legislation of this kind.

According to Greg Abbott, the Texas governor who made the announcement, the Bejing-born social media app offers a trove of “sensitive information to the Chinese government” and should be considered a threat to our national security.

From coming under attack from the Federal Communications Commission (FCC) over its handling of US data to almost being banned outright by the Trump administration, TikTok has a track record of shaking off controversies. But could these state-wide prohibitions set the precedent for wider regulations being placed around its use?

Texas governor, Greg Abbott, has just banned all state agencies from using TikTok on government devices, making Texas the fifth state to roll out a policy of this kind, after Maryland, South Dakota, South Carolina, and Nebraska.

In a recent letter explaining the ban, the governor chastised the popular social media app for harvesting “vast amounts of data from its users' devices” that could then possibly land in the hands of the Chinese government.

He cited China's 2017 National Intelligence Law, which states that businesses in the country must share data with the state upon request, and referred to TikTok's politically-influenced algorithms, which have previously included censoring sensitive topics, such as the Tiananmen Square protests.

Abbott followed the announcement up with a Tweet that outlined his thoughts in no uncertain terms, stating “the threat posed by the CCP (Chinese Communist Party)… is serious and must be stopped.”

I'm also calling for legislation to make the ban permanent and to broaden the ban.

As I detail in my letter and press release, the threat posed by the CCP through TikTok is serious and must be stopped.https://t.co/X4kkFfCDq3

The TikTok ban will be effective immediately and will prohibit the popular social media app from being downloaded on any state-issued device, including cell phones, laptops, tablets and desktops computers, or any device that is connected to the internet.

Texas isn't the first state to take a stab at the addictive video app. Several other Republican lawmakers have made very similar regulations in previous weeks.

Most recently, Maryland banned a number of China and Russia-based apps, including TikTok, WeChat, and Kaspersky, from being downloaded on government devices, as part of an emergency cybersecurity directive.

Speaking on this decision, the state's governor, Larry Hogan warned that these apps could pose a great “threat to our personal safety” due to their possible involvement in cyber-espionage, government surveillance, and inappropriate collection of sensitive personal information.

Some states have even gone one step further, with Indiana suing the social media app for misleading its users — particularly its younger demographic — about inappropriate content on the app and the security of their consumer data.

Are TikTok's Days In the US Numbered?

This certainly isn't TikTok's first run-in with the law. The US's fastest-growing social media platform has consistently been under fire since it was introduced to the country in 2016. Most notably, former President Trump unsuccessfully tried to ban TikTok from app stores in 2020, as relations between the US and China became increasingly hostile.

TikTok has made a number of actions to quell the concerns of US lawmakers, including getting its head of global security, Roland Cloutier, to step down, and renewing its vow to move all US data to Oracle servers based on home soil.

However, with a number of politicians sharpening their attack against their platform, and only 24% of TikTok users claiming to trust the app to keep their data secure — down from 41% in 2020 — it may only be a matter of time before these bans are extended to the wider population.