Video-sharing app TikTok is facing mounting criticism for allegedly exploiting child users, plus for the nature of its open messaging system.

The Chinese-owned app, popular with teens and tweens, isn't averse to controversy. But in the space of a single day, the UK's Information Commissioner has announced it's looking into TikTok's “completely open” messaging system; on top of this, the BBC revealed that young users feel “exploited” by the apps digital gifting system.

So, what's going on with TikTok?

A BBC investigation has found that children as young as eleven have racked-up huge bills buying digital gifts for their favorite TikTok stars. According to the BBC's research, one Toronto mother was shocked to discover that her eleven year old had spent $400 on the app. 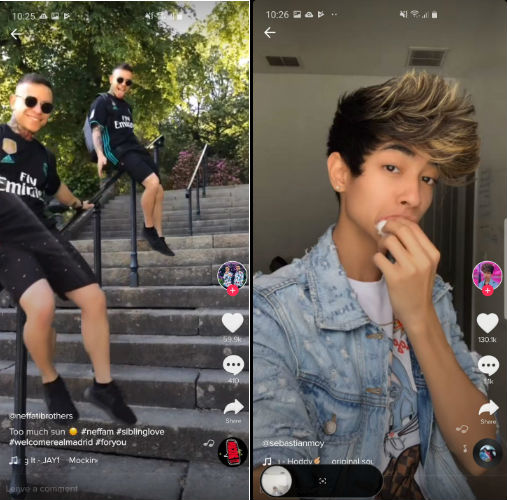 The Neffati brothers and Sebastian Moy were taking donations from young fans.

“I was shocked when I found out what the money was spent on,” Stephanie Barbour said. “I said to my daughter, ‘So you don't actually get anything for it?' and she said, ‘No.'

However, it isn't just children spending vast amounts of money on digital gifts. In another of the BBC's case studies, 20-year-old Rhys said that he had spent over $1,200 without realising.

“Gifting on TikTok is a little bit like gambling,” he said “It gets addictive. I really didn't see anything wrong with it at the time, but now I don't think it's worth it.”

“I have nothing to show for it. It was my personal choice but I do think there should be some sort of age restriction or timeout function.”

Generally, TikTokers make donations to stars during live streams — similar to other streaming sites such as Twitch. However, many of the stars (who are required to have at least 1,000 followers before being allowed to stream) promise to follow back donors, or feature them in “duets” – which allow two TikTok users to be in the same video. Some have even promised to swap phone numbers with donors — a huge safety risk, given how many children use TikTok.

Sorry You Were Exploited

In response to the BBC's investigation, TikTok said that it was “sorry” users had felt exploited by the donation feature. The company stated that it does “not tolerate behaviours that are deceptive in nature.”

It also said that it recognised “there is always room for improvements in terms of making guidelines and information more accessible, clear and easy-to-understand for all users.”

However, with TikTok — according to some influencers on the app — taking a 50% cut of all gift revenue earned, it may be reluctant to make its donation rules much stricter.

The UK's Information Commissioner's Office (ICO) is also taking a closer look at TikTok for the app's “completely open” messaging system — their words, not ours.

In a statement to MPs, Elizabeth Denham, the Information Commissioner head honcho, said that the ICO was going to investigate the “transparency tools for children” and “the kind of videos that are collected and shared by children online.”

She didn't offer any insight on how the investigation will work, but given the ICO's desire to make companies see their users as people, not data points, it might hit TikTok with a big fine, and maybe some new rules governing children on social media.

This isn't the first time that TikTok has been investigated by government agencies. Back in February, it was hit with a $5.7 million fine by the FTC for failing to get proper parental consent when minors signed up to use the platform. The app has was also temporarily banned in India following allegations of the app hosting child pornography.

The ICO's investigation is unlikely to lead to anything as severe as a ban. But, this latest bad news for the app is unlikely to reassure parents that it's safe for their children.