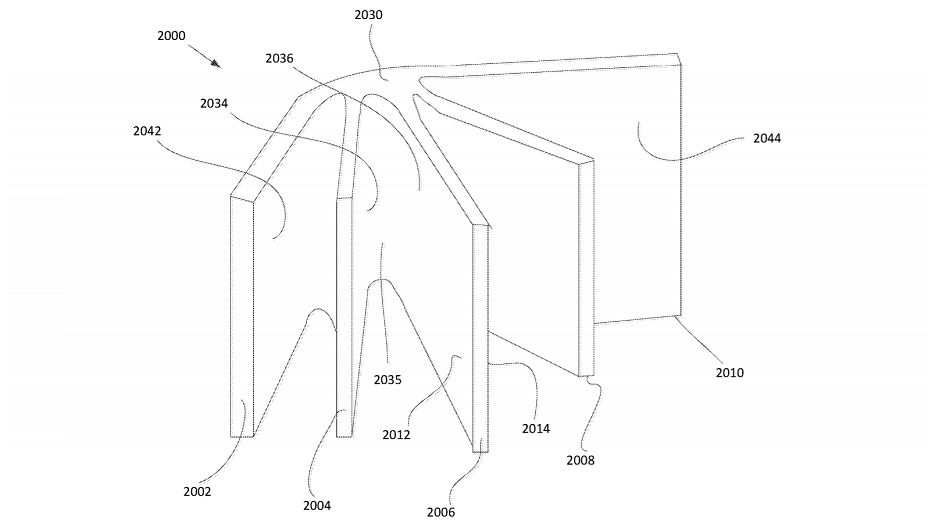 The race towards a great foldable phone now has its strangest entry yet: Google has filed a new patent for a book-like device that might have as many as five foldable screen “pages” to flip through.

Pitched somewhere between a Kindle and an iPad, there's no doubt that it's a novel looking device, but can it take on the traditional tablet?

With interest in folding technology heating up and causing something of an arms race in the industry, there is a lot at stake for the company that gets it right.

The full patent is online via Lets Go Digital, which first reported on the news alongside multiple “prototypes of foldable displays” that Google mentioned building at its I/O Developer Conference earlier this year. This new patent looks like one of them. 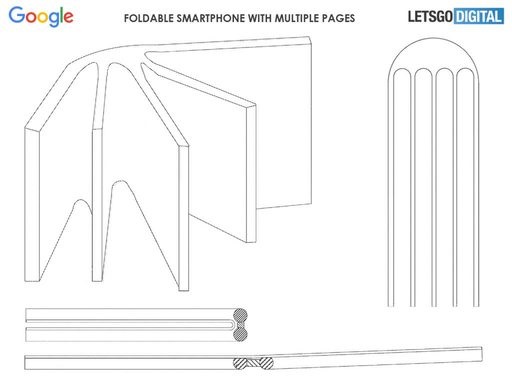 The device would have a central spine with five foldable display panels attached to it. When fully folded, the device would be a compact unit, with only somewhere between 1mm to 0.005mm of space between panels. It looks like the screens will be on the inside of the device, although the patent is vague enough that an outer screen on the front is also an option. The backside of the device would hold components including a battery, memory, processor and camera.

It's unclear from the patent why anyone would feel the need for four two-page spreads' worth of display screens. Perhaps each page could include a different suite of apps, or each display could serve as its own account, allowing a user to have one for work, home, and watching video.

Will It Really Happen?

As with any patent, we definitely won't see the actual product for a while, if ever. Filing a patent doesn't even mean Google has a working prototype. It does mean that they want to keep the option open, or at least want to block competitors who might be able to execute it sooner.

Google always partners with a third-party for their phone tech. For the Pixel 3, they partnered with Foxconn, though HTC and LG are previous long-term collaborators. If anything like this foldable device happens, they'd be likely to produce it.

The patent illustrations aren't likely to reflect the reality of the final product, which will likely have far fewer pages, if only due to how much a five-panel foldable smartphone would weigh. The new patent is more valuable as an example of how Google thinks and what interesting concepts its throwing a tiny bit of its weight behind. One thing's for sure: Foldable tech is one of the tech world's biggest 2019 obsessions, and Google's no exception.

While a patent doesn't mean a product release is imminent, it seems that Google is still keen on making its own devices, even if it has just canned its tablet business.

While the first foldable phone was made available in 2018, it's fair to say that the Royole FlexPai hasn't made much of a splash beyond a few headlines in the tech press. It will take a big name to elevate folding technology to the next level, and we're currently waiting on Samsung and Huawai.

Samsung almost got there in May, the scheduled release date of the Galaxy Fold, but delayed the device at the last minute, after less than positive feedback from journalists who had hands on time with the device. We were among them, and feel that Samsung made the right choice.

Samsung can't afford to wait too long though, as competitor Huawei is working on its own folding phone, the Mate X, which is scheduled for September. At this point, there's every chance it could beat the Galaxy Fold to market, causing embarrassment for Samsung.

The there's Microsoft, with rumors surfacing this week that the company is working on a foldable, Android compatible version of its Surface tablet.

The Future of Book-Like Devices

Google's multiple-page “book” design means that even if it's more of a smartphone than an eReader, it'll definitely the most book-like tech device ever, beating out even Kindles themselves. But print and digital book reading is on the decline, with many readers opting for their phones or tablets over a dedicated eReader, or just skipping reading entirely.

Microsoft recently revealed a decision to delete all its DRM-powered Edge ebooks, highlighting the murky definition of “ownership” when it comes to digital libraries.

And, stats show, the younger generation is swapping out books for Fortnite: According to a new Scholastic report, 20% of kids between the ages of six and 17 read no books at all across the summer of 2018, a number up sharply from 15% in 2016.

There's a lot of friction that could prevent Google's weird patent from ever manifesting in real life. But if you ever do get your hands on Google's crazy smartbook-style phone, it might be the most popular book-like device of the future.

Read more of the latest phone news on Tech.co