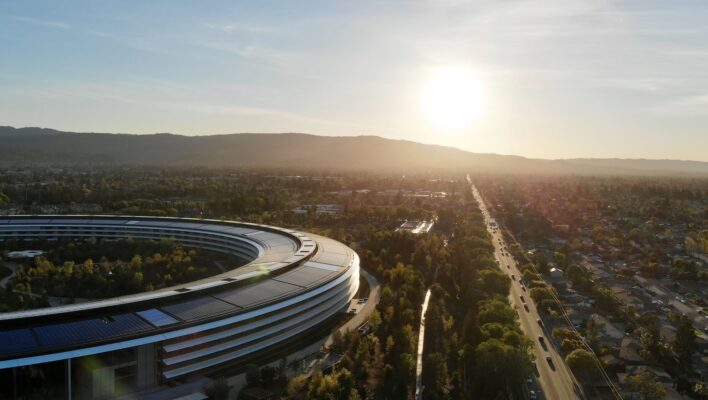 Apple CEO, Tim Cook, has spoken up about the company's demand that its staff ditch remote working and return to the office.

It's not the first time the company has tried to get staff to stop working from home and come back in – Apple has made several attempts to date, but each has been met with fierce resistance from employees who fear a return to long commutes and losing flexibility.

With many companies offering progressive hybrid or remote working policies, is Apple out of touch with the workforce of today?

In an upcoming interview with CBS News, which will air Thursday, Apple CEO, Tim Cook, defended the company's insistence that its staff return to the office, stating that as a company that make a physical product, hands on time and collaboration was important.

“We make product, and you have to hold product. You collaborate with one another because we believe that one plus one equals three.” – Tim Cook, Apple CEO

However, not wanting to be seen as a task master,  Cook was keen to point out that Apple did offer some flexibility, and that employees weren't intended to turn up to the office five days a week.

“That doesn’t mean we’re going to be here in five days. We’re not. If you were here on a Friday, it would be a ghost town.”

Apple's attempts to lure staff back to its offices have been met with substantial resistance to date. Back in May, Apple asked its employees to come in three days a week, only for Apple Together, the employee advocacy group, to push back. Among the complaints about the move from the group were the wasted hours commuting and the removal of employee autonomy. In a survey at the time, 67% of Apple employees were unhappy with the return to office policy, and 56% stated they were looking to leave the company as a direct result of the policy.

There's been a lot of discourse over the last couple of years on remote working, but with the pandemic largely behind us, many employees are discovering that it's crunch time, with companies such as Apple demanding that staff return to the office.

One of the most vocal in the dispute is Elon Musk, who had already demanded that Tesla staff come back, committing to at least 40 hours in the office a week. Attendance at the company is tracked by passes, and anyone who doesn't meet their 40 hour quota, and doesn't have prior permission to work remotely, must explain their absence to their manager.

Now that Musk owns Twitter, he has rolled out similar rules there, which must be something of a shock to the remaining 3,750 staff that he hasn't fired, given that the company had one of the most progressive remote working policies until his takeover. Anyone who refuses to come in, according to Musk, can consider themselves out of the job.

“Basically, if you can show up in an office and you do not show up at the office: resignation accepted.” – Elon Musk, Twitter CEO

Apple and Twitter Are in the Minority, for Now

The good news for those that have got used to remote or hybrid working, is that Apple and Twitter's approaches to working from home aren't representative – at least in the tech space. The industry was quick to pivot to working away from the office in the pandemic, and many companies have retained the flexibility for their staff. To name a few, Facebook, Amazon, AirBnB, Slack and Microsoft all have very generous remote work policies. There are many more that offer remote working, too.

There has been plenty of research into remote working in the past couple of years, and although Cook and Musk won't want to hear it, many studies have found that remote workers tend to be happier and more productive. They can also be healthier, too.

Advancements in tech mean that working with teams spread across multiple locations is easier that ever. Web conferencing narrows the distance considerably, meaning that teams in different states or even countries can easily hold team meetings with little fuss. Tools such as VPNs and password managers can also provide security even when an employee is outside the office.