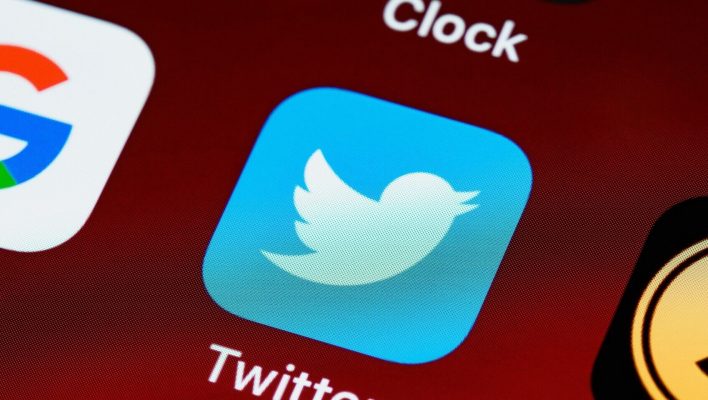 Twitter Blue, the social media platform's foray into a paid-for service, has officially launched in the US.

After a slow rollout in other countries such as New Zealand and Australia, the premium Twitter subscription is now available to US residents, and priced at $2.99 a month.

Users of Twitter Blue get several exclusive features, including ad-free content from certain providers, the ability to undo tweets, and first looks at new, upcoming features.

One of the main draws of Twitter Blue is sure to be the ‘ad-free' concept. We're used to paying a little extra for digital content that removed adverts, from apps to podcasts, but with Twitter Blue it's not quite as clear cut as this. Yes, with Twitter Blue you'll see fewer adverts, but it doesn't eliminate them entirely. Twitter will only serve up ad-free content to subscribers with platforms it has built partnerships with (300 at the current count). Right now that includes The Washington Post, Reuters, The Atlantic, Buzzfeed, Rolling Stone and more, with Twitter claiming to be working on new partnerships.

The tech is built on Scroll, the news subscription service that Twitter purchased earlier in the year, and its functionality remains pretty much intact.

Publishers could be the winners from Twitter Blue, with the company promising to give a portion of the revenue back into the network, and the goal of publishers earning 50% more than they would have through adverts.

Also bound to be a big deal among avid Twitter users, is the undo tweet feature, a much-requested addition that has finally come to the platform. Users are able to recall a tweet before it is sent, which should make the ever-embarrassing typo a thing of the past – at least for Twitter Blue users.

Users of Twitter Blue will also have more options when it comes to customization, with app icons and themes, as well as the ability to change the navigation bar for quick access to favorites. 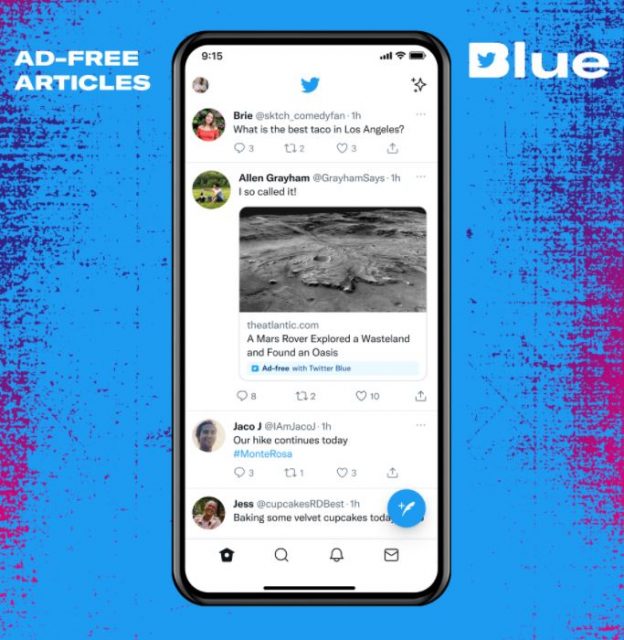 Is this the Start of the End of Free Social Media?

It's a rumor almost as old as the internet. Facebook is going to start charging per post. Instagram will introduce a monthly fee. Twitter is going to become a subscription service. Okay, so that last one has become true, sort of, but rest assured, ‘free' social media isn't going anywhere.

With social media, it's the user that is the product, and the vast amount of valuable user data that these companies are able to gather from their users. A rich database of preferences, what you buy, where you visit, who you're friends with, the photos and videos you post – it's all digital gold dust for advertisers. Take Facebook for example, which posted a 56% increase in advertising revenue for Q2 this year, earning the social media giant $28.6 billion.

That is why free social media is here to stay.

If you need more convincing, then Twitter itself has said as much at the launch of Twitter Blue, assuring users that the new service is an addition, not a replacement:

And for those wondering, no, a free Twitter is not going away, and never will. This subscription offering is simply meant to add enhanced and complementary features to the already existing Twitter experience for those who want it. – Twitter blog post

The question is, will people pay $2.99 for the features offered by Twitter Blue? We reached out to some users who had signed up, or were considering it, to find out.

Jovana Durovic, Editor in Chief at Homegrounds, a home coffee brewing resource, told us that she could see Twitter Blue helping her with managing her company's social media strategy. ‘The bookmark feature comes with an option for adding folders in Twitter Blue. This is a great feature to store different tweets depending on topics and subject buckets. For someone who manages a company’s social account and has to keep track of a number of tweets about different subjects, this can be a huge help,‘ Durovic told us.

Durovic is also a fan of the reader mode that ‘strips away most of the UX that Twitter employs that makes reading Twitter threads such a task‘, as well as the customer support options that come with Twitter Blue. She also feels that the undo feature could be a major benefit:

‘I feel it will be a massive improvement if we can undo a tweet instead of deleting it. The customizable timer of up to 30 seconds provides you an option to undo what you have tweeted if you are even 1% unsure of it.' – Jovana Durovic, Editor in Chief at Homegrounds

However, some feel that third party solutions were already providing a lot of these perks. We spoke to Adam Cecil, who writes a weekly newsletter on pop culture called Night Water. He told us that apps such as Tweetbot, which let users sync timelines across devices, keep lists in tabs, and of course, don't have adverts, already provided some of the benefits. In the past, Cecil tells us, he's paid more to third parties than he ever would to Twitter, because Twitter hasn't offered the features he has needed.

So, has Twitter Blue changed his mind? Cecil tells us he's considering it:

I'm considering signing up for Twitter Blue for the ability to view ad-free articles from certain websites, as well as the round-up of most shared articles in my network. The major downside is I'd have to switch to using the first-party Twitter app to use any Twitter Blue features, so it feels like an all-or-nothing proposition. – Adam Cecil, Night Water

Twitter is a huge platform, with an estimated 211 million monetizable daily active users (mDAU), which is an audience that any business would want a piece of.  The platform has big goals too, with the aim to increase that  mDAU number to 315 million by Q4 2023.

Part of the platform's route to success appears to be embracing ecommerce, if recent experiments by the company are anything to go by. Firstly, there's the Shop Module, which allows businesses to create a unique card for products on its Twitter feed that it wants to showcase. If a customer wants to purchase the item, they simply click on the card, where they'll be able to see more information about the product, as well as the option to buy it.  The feature is still in its infancy, and being trialed by certain stores such as Gamestop, however, the ability to offer customers the choice of purchasing a product directly via Twitter could well revolutionize marketing online for many companies.

Another new feature to land on Twitter this year is Super Follows. Aimed more at individual social influencers rather than businesses, it still represents a way to generate revenue from the platform, with customers able to subscribe at $2.99, $4.99 and $9.99 tiers, and get exclusive content. According to Twitter, creators get to keep 97% of this revenue.

It's clear that Twitter is invested in using the platform as a revenue generator for businesses, outside of just advertising.

Looking to benefit? One of the best ways businesses can keep track of users and various social media outlets is with a dedicated social media management tool. These allow businesses to organize social media messages, analyse engagement, and generally curate a brand's online presence on Twitter, Facebook and more.