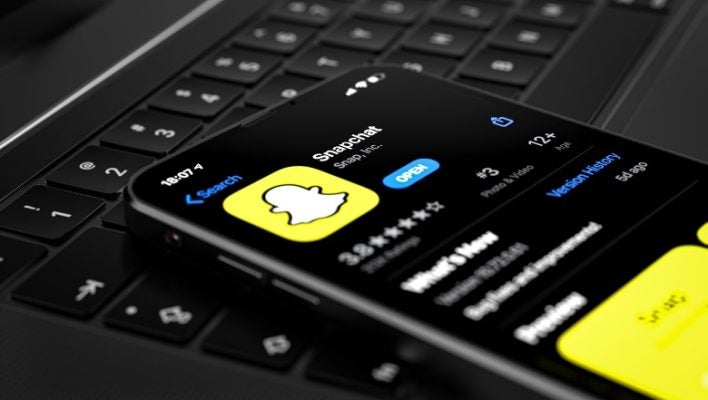 Hold on to your horses, Zoom users, there’s a new video conferencing tool in town. Snapchat, the decade-old, Gen-Z messaging app of choice, is officially launching a web-based version of its popular social media app called Snapchat for Web — giving its premium users the freedom to switch between their phones and a computer without dropping conversation.

The new way to access Snapchat follows on the heels of the announcement of the service's paid-for tier, Snapchat Plus, and it's clear that the social media brand is looking to offer its users more value with additions like Snapchat for Web.

Currently the service is only available in a handful of regions (don't worry, the US is one of them), and will be rolled out to others shortly.

What to Expect from Snapchat for Web?

Snapchat for Web users can expect features like Chat Reactions, Chat Reply, and Snapchat’s popular feature, Lenses — which allows users to add 3D effects, objects, transformations and characters, expected to roll out in the near future. Web users will also be able to send regular messages, calls, Snaps and chat via video.

With more than 100 million Snapchatters using our voice and video calling each month on average, we’re excited to offer a new way for our community to keep conversations going on their computers, where they’re already working, learning, and browsing. – Snap Inc.

The announcement comes a month after Snapchat’s parent company, Snap, introduced its new paid-for subscription service, Snapchat Plus — a premium service “designed to give users access to a collection of exclusive, experimental, pre-release features” of which now includes Snapchat for web.

The premium version of Snapchat is available for $3.99 per month, with Snapchat Plus now available to subscribers in the United States, United Kingdom, Australia, New Zealand and Canada. Plans to roll out the service in Saudi Arabia, the United Arab Emirates and the rest of the global community are in the pipeline, too.

Snapchat for Web is easy to use, and can be accessed via the Chrome browser on your desktop following these five simple steps:

How to use Snapchat for Web

What Does this Mean for the Future of Web Conferencing?

Not much, to be honest. While Snapchat has a user base of over 100 million people, serious business users will still benefit from web conferencing tools, like Zoom which offers a number of base level business features like admin controls, cloud storage for meeting recordings and user management — all of which will be more beneficial to business users.

Still, with more businesses looking to diversify and company culture becoming a central part of the new working world, there may be room for Snapchat for Web to develop and grow just yet. Until then though, learn more about web conferencing tools more suited to businesses.