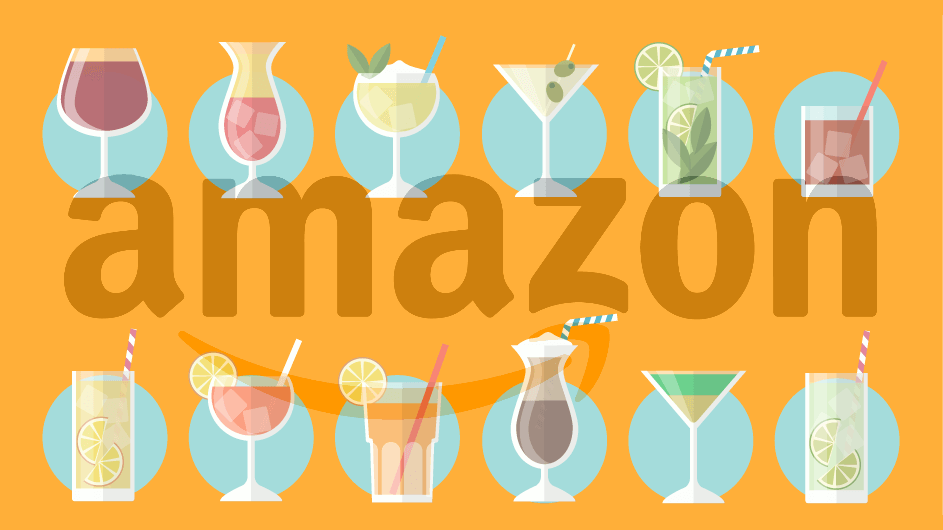 Amazon has filed two liquor licenses in San Francisco — one to allow drinks deliveries from its existing warehouse, the other to open a physical store selling liquor IRL.

If the licenses are approved, Prime Now members in San Francisco will soon be able to order alcohol online from Amazon, with delivery times of under two hours.

So, why is Amazon getting into the drinks game? What will an Amazon liquor store look like? And, most importantly, when will you be able to buy a round of Bezos beverages?

Amazon filed a request to start delivering drinks a few days ago, according to the San Francisco Chronicle. The booze will be shipped out of its existing Prime Now warehouse on Tennessee, in San Francisco's Dogpatch neighbourhood.

While the request hasn't yet been approved by the City's Board of Supervisors, it seems fairly likely that it will be granted. Amazon already delivers drinks in a growing number of American cities, including Chicago, Dallas, Los Angeles, Manhattan, Brooklyn, St. Louis, and Washington, D.C.

However, the move has angered some local residents.

“I’m not a Prime member and I would not use Amazon Prime to get alcohol. I like shopping here, at Reno’s,” said Yvette Dibos, speaking to CBS San Francisco.

Amazon has also filed for a licence to open a bricks-and-mortar liquor store in San Francisco. The proposed 200-square-foot store (roughly the size of a single-car garage), also in the city's Dogpatch neighborhood, would sell beer, wine, and hard liquor. Again, the request hasn't been approved, so you might have to wait a while to visit the Bezos bodega.

Unsurprisingly, the proposed store hasn't gone down well with residents, either. “For so long, the problem with Amazon is that they destroy the brick-and-mortars and they’re, like, coming back and taking over those properties,” said Christine Lyon, also speaking to CBS San Francisco. “I think it’s really bad for neighborhoods like this specifically, where there are so many small mom and pop shops.”

Why does Amazon Want to Sell Alcohol?

Amazon already does sell alcohol, actually. You've been able to buy beer, wine, and spirits on Amazon for a long time — and Prime Day is a great opportunity to restock your liquor cupboard.

But, speedy same-day deliveries for house parties in a pinch are something relatively new for Amazon. In fact, it seems likely that its hand may have been forced by rivals such as Uber Eats, which offer drinks-on-demand delivery services.

The bricks-and-mortar store that Amazon is proposing wouldn't be groundbreaking, either. Amazon, don't forget, already owns Whole Foods, which will gladly sell you some fancy craft beer and artisanal wines.

If we're honest, this move seems to be fairly logical for Amazon. It could, rather unsettlingly perhaps, corner the market on drinks in San Francisco. Want to get some wine as part of your weekly shop? Head to Whole Foods. Need to pick up some beers before having friends over? Head to the Amazon liquor store. Run out of booze at a house party? Get on the Amazon app and get the beers in.

Many, such as the concerned residents above, might have legitimate worries about the decline of independently-run shops. However, this is a matter for consumers to take into their own hands. To keep local shops open, they'll need to be used. It remains to be seen where local loyalties will lie, particularly when those famous Amazon discounts start arriving.