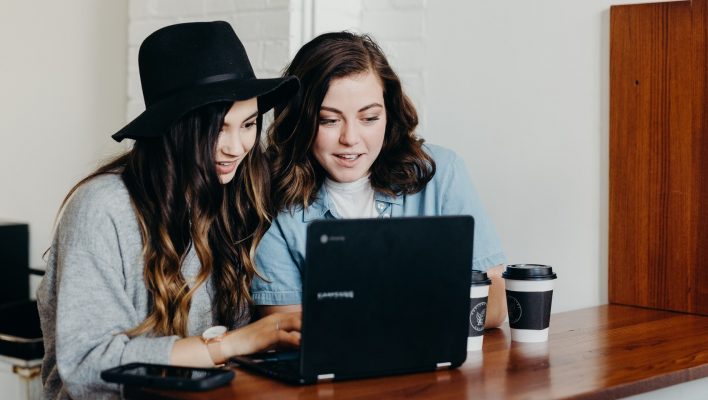 With a widespread vaccination program taking effect, life is edging back to pre-pandemic normality. Also on its way back? The daily commute back to the office. According to a recent survey, most of us are more than ready to get back to work in person.

While attitudes towards returning to the office varies by country, there's a real passion from Americans to return to chatting at the water cooler and having meetings face-to-face again. But, does anyone still want to do this for five days in a row?

In a week where Apple has announced that it expects its staff to work in the office three days a week, what is the sweet spot for the modern office worker?

Back to the Office (Some of the Time)

The survey, from Randstad North America, was conducted by interviewing 800 participants per market, focusing on those who work at least 24 hours per week.

Anyone who has become accustomed to their remote working lifestyle may be surprised to hear that an overwhelming number of American office workers do want to get back – some 78%, in fact. That breaks down further as 76% of women wanting to return, versus 81% of men.

78% of office workers want to return to work; but, 54% wish to do so under flexible arrangements

However, there's a slight caveat attached to this, in that we're not quite  ready to give up our home comforts entirely just yet.

A slim majority (54%) of those polled said that they preferred a flexible work arrangement that allows them to spread their time between home and the office. It was also the reason that 23% of respondents gave for switching jobs during the pandemic.

The survey through up some more interesting statistics too. While job satisfaction has fluctuated slightly from pre-pandemic to today, the change has been very slight.

The Highs and Lows of Working from Home

While some of us may have revelled in the chance to work in our pyjamas and gossip with the cat about our colleagues, this wasn't felt by everyone.

According to the survey, the most negatively affected group were younger workers. The 18 – 24 age group had the highest percentage of those who felt lonely, with more than a third reporting feeling this way.

The study from Randstad points out that the mental health repercussions of this could be serious, with not just productivity at stake, but the well being of the younger employees themselves. Japan's government has even appointed a ‘minister of loneliness' to tackle this issue, after the country saw suicide rates rise for the first time in eleven years.

The main reason given for struggling to work at home was due to missing colleagues. After over a year of the closest human interaction being a pixelated Zoom call, it's easy for most of us to relate to that sentiment.

Around 32% of respondents said they found it difficult to keep a work/life balance. With the ritual of the commute to the office and the physical separation now gone, where does the living room end and your office begin? Extended working hours were also raised as an issue, with virtual working encouraging a culture of being ‘always available'.

In fact, one of the most common asks from employees to their employer was policies on work hours to enable them to keep a work/life balance (27%). 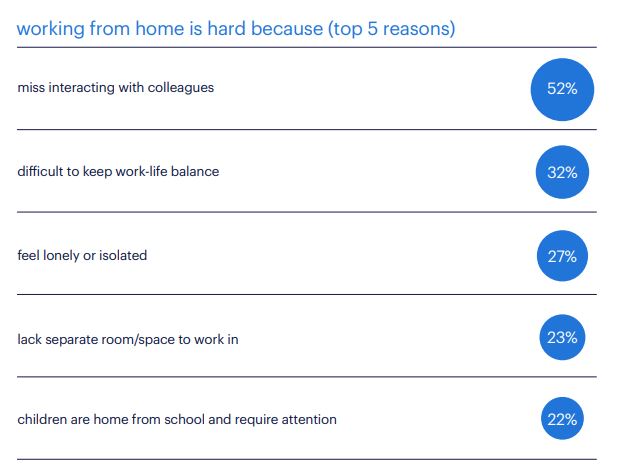 Big Tech's Return to the Office

As the pandemic dies down, we've seen the world's largest tech companies lay out their plans for the return to the office. In most cases, they're promoting flexible working. Just yesterday, Apple's Tim Cook emailed staff and said that the company expects them to return to work three days a week from September. Cook stated that while video messaging was a useful tool, it couldn't replicate face to face meetings.

‘Video conference calling has narrowed the distance between us, to be sure, but there are things it simply cannot replicate'. – Tim Cook

Microsoft's approach has been somewhat more cautious, although the company is clearly invested in a flexible working future. There's a reason for that – a lot of the software it produces, such as Microsoft Teams has been an invaluable tool for many businesses during the pandemic, allowing them to work remotely.

Microsoft is pushing for a new, flexible way of working with its suite of software, so it stands to reason that when decisions are made about retuning to the office, it will practice what it preaches.

‘Though we don’t know how far off a new normal is, we are adapting to a new way of working with an expanded understanding of flexibility' – Kurt DelBene, Microsoft Executive Vice President

However, some companies are giving their employees the option to work from home indefinitely. Twitter's Jack Dorsey told staff over a year ago that they would be able to work remotely if they chose to never return to the office.

‘If our employees are in a role and situation that enables them to work from home and they want to continue to do so forever, we will make that happen' – Jack Dorsey, Twitter CEO

Slack had a similar message for its staff, but going one further, announcing that from here on, its hiring policy would be remote first, targeting new hires who were permanently remote.