Last night's Apple WWDC had its fair share of announcements, but perhaps the most important were the ones we knew were coming – updates to iOS, watchOS, and out of nowhere, a dedicated iPadOS.

While we're impressed with the $5,000 cheese grater that is the new Mac Pro (along with a $999 stand), it's the new operating systems that are going to find themselves in the most hands and have the biggest impact on how we use our devices.

We take a look at the new features, whether your existing Apple device will receive them, and when they'll be available.

Apple's follow up to iOS 12 comes with something for everyone, with changes both big and small made to popular features, as well as the introduction of some brand new ones: 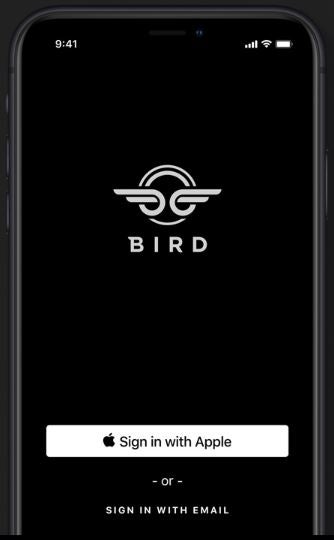 Sign In with Apple – Probably one of the biggest announcements for iOS 13, this feature is Apple putting its money where its mouth is when it comes to our privacy. Users will be able to sign into apps and websites with their Apple ID, by using Face ID or Touch ID. However, the real news is that Apple will create a unique email address that forwards messages onto your real one, protecting your identity. Apple also claims it won't track your activity.

Dark Mode – If you're fed up with squinting at your iPhone as it blasts radiant light into your eyes, then Dark Mode is for you. It's a mode that, as the name suggests, makes the UI easier on your eyes. It can be turned on in the Control Center, or set to come on automatically at night.

Photos and Editing – Apple has made a lot of changes to the photography features in iOS. Highlights include a new photos tab that allows for better curation of your best snaps, and the ability to sort by different subjects. Similarly, it'll be easier to pick out great shots thanks to the automatic hiding of duplicates, documents and receipts. Editing has had an overhaul too, with the ability to pinch to zoom while editing, as well as adding shading, sharpening and noise reduction all on the fly. It's not just photos either – iOS 13 allows for better video editing – in fact, Apple claim that almost any editing you can do in photos can be replicated with video.

Camera – Naturally, the camera is also getting further support with iOS 13. There's a new lighting effect for portraits, High-Key Mono, that can create monochromatic pictures on a white background. Classy. You will also be able to virtually adjust the lighting position when taking a photo, moving it closer to, or further away from, the subject.

Maps – When Apple Maps first launched it was much ridiculed and dismissed, but Apple have stuck with it, and today it's actually pretty good. Now there are some new features in iOS 13 that look set to make it even better. Among them is Look Around, which is essentially Apple's take on Street View. Apple also states that it has rebuilt Maps from the ground up, with roads, beaches and buildings receiving realistic updates that make them much more useful than before. Also, it might be time to throw out your sat nav for good, with the new Maps offering better junction information that lines you up for your exit, and more natural Siri audio directions.

Apple Arcade – iOS 13 will bring with it Apple's new gaming platform, a subscription service that offers over 100 new games, with no adverts or in-app purchases. Apple announced Arcade earlier in the year, and it looks to be going in big on the lucrative gaming space, commissioning games from industry veterans such as Hironobu Sakaguchi, the man behind Final Fantasy, and Sim City's own Will Wright. 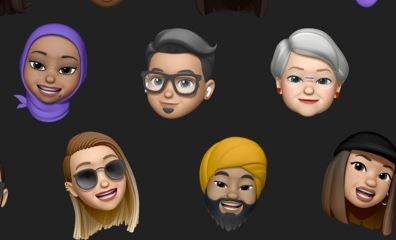 Memoji Updates – Think your Memoji is looking a little bland? You can now edit it to add make up, piercings and even add braces. If animals are more your thing, Apple has also added three new creatures to Animoji – mouse, octopus and cow.

Better Speeds – One of the unsung highlights of a new OS is faster speeds, and Apple are promising to deliver them with iOS 13. It reckons you'll be able to launch apps twice as fast as previously, unlock with Face ID 30% quicker, and feature smaller sizes for app downloads.

Health – Apple have added a group of new health features in an aim to improve users health with iOS 13. First up, there's cycle tracking, which can be used to record information about your menstrual cycle, as well as used to measure fertility metrics, including a fertility window prediction. You'll also be able track your oral health by recording toothbrushing time, and a new profile page allows users to record important medical information.

Read our review of the Apple iPhone XS Max

On top of iOS13, Apple have announced that it's splitting the iPad away from the traditional iOS platform and giving it its own one, named, appropriately, iPadOS. Here's what it'll bring:

Multitasking – The iPad has come along way in its nearly decade long life. On its first release, it couldn't multitask at all, but now there are a host of options for those who want more than one app on the go at once. iPadOS introduces even more, like Slide Over, which keeps several apps ready to go with a swipe. You can also now open up a window from the same app in different areas of the display, enabling work on different projects at the same time. iPadOS will also support dragging to open new windows, such as dragging a URL onto Safari. Then there's App Exposé, which will let you see all the open windows for an app in one place. 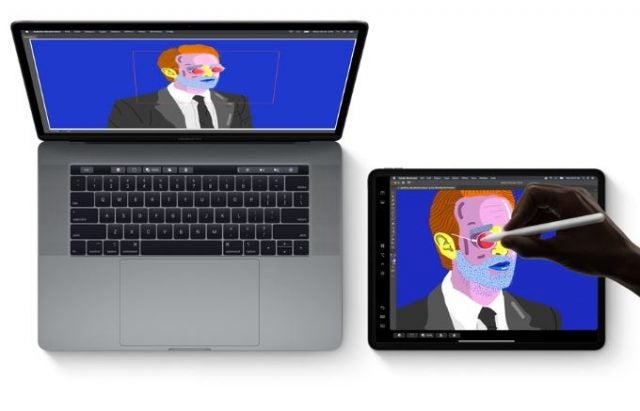 Second display – Mac owners rejoice – Apple now supports native second screen support for the iPad, meaning that you can use it as another display, either mirroring the same content, or displaying a different app.

Files update – Files are getting a makeover with iPadOS, making them much more user friendly. There's a column view now, which will let users browse their files easily, including a high resolution preview. There's also now a dedicated downloads folder, as well as support for external drives to enable access to data on a USB drive, SD card or hard drive.

Dark Mode – Like iOS 13, iPadOS is getting a new Dark Mode option, which will be easier on the eyes, and can be turned on manually or scheduled to kick in when it starts getting dark. Apple has even included new wallpapers that are optimized for the mode.

Accessibility Updates – Apple has introduced lots of quality of life changes with iPadOS, including the ability to add new custom words to Voice Recognition for those that you use regularly. Also added to the voice function is audio commands – users can now perform gestures like swipe, zoom, pinch etc simply by saying them.

iPadOS also shares many new features with iOS 13, including the updated health options, Apple Arcade, Maps, and others.

Looking to buy an iPad? We tell you which one to go for in our dedicated guide.

Finally, the WatchOS is getting a new version too, although its feature set isn't quite as extensive as the others. 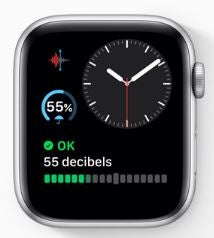 App store – It's what Apple Watch users have been asking for, and they're finally getting it – the App store available to browse from the Watch itself. It's searchable with Siri or Scribble, and users can browse the store, view screenshots and look at reviews, all from the wrist.

Ambient Noise – More proof that Apple is concerned about your health is the new noise detector feature. If your environment gets too loud, you'll get an alert from your Watch letting you know exactly how loud it is, and the effect it could have on your hearing.

Cycle tracking – As with iOS 13, you'll now be able to track your menstrual cycle and fertility window, all from within the Watch itself.

Watch Faces – Naturally, Apple has added new faces to the watchOS, from clean and simple, to more practical ones which add plenty of options to the display.

Enhanced Siri – Siri is getting an upgrade with the new watchOS too- you'll now be able to ask ‘What song is this?' when playing a song on your watch, as well as asking Siri to search for a topic and scroll through the results.

Will Your Device Get the Upgrade?

As ever, Apple will be rolling out the update to lots of devices, but not all of them. Those that are starting to show their age will be left behind. Check below to see if yours is covered:

iOS 13 will be available on:

iPadOS will be coming to:

Lastly, watchOS 6 will be made available for all devices, although Apple has stated that not all features will be available on all watches.

When Can I Get the New OS?

Right now! If you're a dev, that is. Betas for all three have been made available to the community, although you'll have to wait until July for the public beta.

The official release of all three is likely to be in the fall, presumably around September time, as tradition dictates.

Read more about the rest of the announcements at this years Apple WWDC.