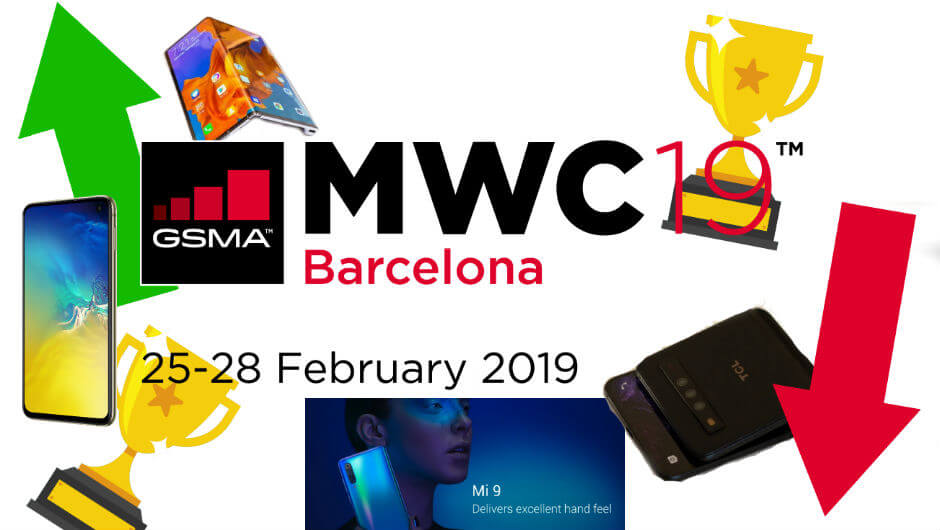 However, as with all trade shows, the floors of Barcelona’s Fira Gran Via exhibition center were filled just as many pointless and poorly thought-out products as there were good ones.

So, let’s take a look at those products that sparked joy, and those that should be cast off to tech’s giant trash can in the sky.

Let's start by looking at the big hitters from this year's MWC event: 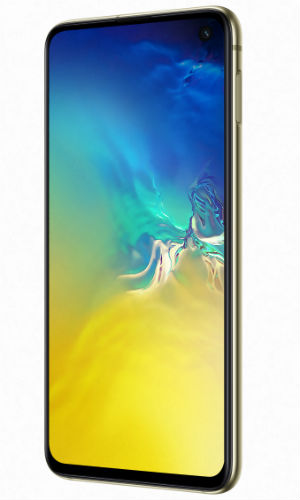 We’re slightly stretching the definition of MWC here, considering Samsung’s event took place before the trade show even began. However, the S10e is still one of the standout phones from this year’s event.

As Samsung’s cheaper phone, you don’t get the full gamut of top-rate features that you do on the full S10 or S10 Plus. However, you do get an extraordinarily impressive phone for $750.

The screen is a 5.8-inch 2280×1080 resolution OLED panel, with HDR10+ support – so it’s already one-upped the iPhone XR, its nearest competitor. While the S10e doesn’t have the curved screens or absolutely tiny bezels of its bigger S10 brethren, it still looks a thoroughly premium phone.

It also gets the same speedy Snapdragon 855 processor as the S10, plus has a pretty sizeable 3,100 mAh battery and it comes with dual rear cameras and a generous 6GB of RAM.

The S10e has an impressive set of features that make it likely to be one of the best bang-for-buck phones on sale. 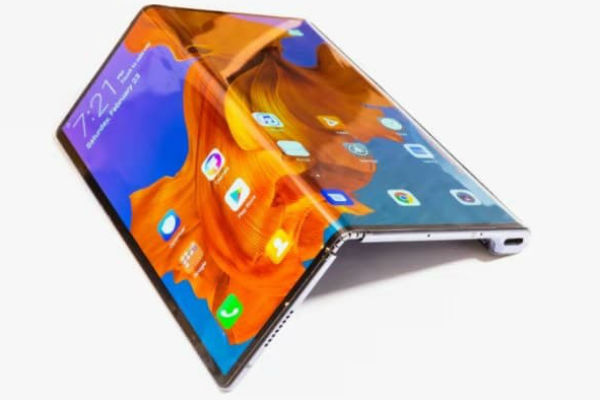 While the Huawei Mate X wasn’t the only folding phone unveiled at MWC this year, it is certainly the best – and most expensive – of the bunch.

It features a large 6-inch screen that folds out into a big 8-inch, almost square display. What’s more, the screen wraps around the side of the phone. This means that the Mate X is only 11mm thick and sits completely flush when folded in, making for a far superior phone experience.

You get all the latest components and specs for flagship phone in 2019. Including Huawei’s own Kirin 980 processor, 8GB of RAM and 512GB storage. It also supports 5G networks, meaning that the Mate X should be future-proofed for a while.

Which is just as well considering it costs around $2,600. Ouch. 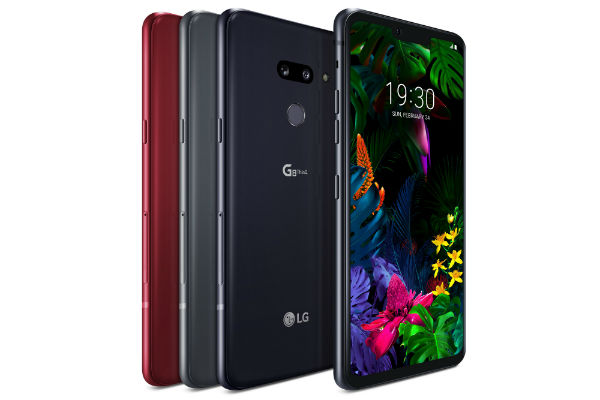 The LG G8 isn’t the most knockout phone at MWC this year, but it does have one pretty cool trick.

Take a look at the top of the G8, and you’ll notice there’s no space for a speaker. So how do you, y’know, make phone calls?

LG came up with a great way of fixing a problem that didn’t exist by borrowing some tech from its TVs division. The G8’s screen vibrates to make sound, effectively turning the top portion of the screen into one big speaker box. Apparently, if you place the G8’s screen on your cheek bone while making a call, the vibrating screen gives a decent impression of bone-conduction audio, which is neat.

Sadly, MWC wasn't a wall-to-wall success for the brands showing off their wares:

TCL is the company that owns smartphone giants such as BlackBerry and Alcatel. And it, too, thought it should jump on the folding phone bandwagon and release some mock-ups of potential folding phones, using its own “DragonHinge” technology. 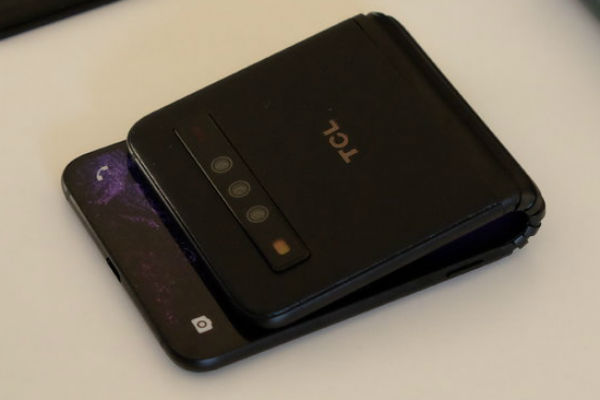 And, frankly, they all look a bit rubbish. The phones curl over, but don’t fold flat. There’s a noticeable crease in the display. There also doesn’t seem to be a second smaller screen for use when the phone is folded – so you just get one really long, fold-up screen.

Chinese company Xiaomi makes everything from phones, to e-scooters to smart home appliances. It’s a brand with a small, but growing, market presence in Europe and America thanks to its focus on feature-packed products with, what it calls, “honest prices.”

Its MWC keynote, though, was a bit of a shambles. It all started with microphone troubles. Wang Xiang, Xiaomi’s President of Global Business, took to the stage with a peaking, crackly microphone that made the first few minutes of the event almost unwatchable.

Then came the live smart home demonstration. Live demos are always risky, but Xiaomi’s went terribly. Barely any of the products worked, including a connected air-purifier that refused to respond to Xiang’s voice: “Hey Google… it’s not listening.”

That’s not all though. After an incident-free 25 minute lecture about 5G, Donovan Sung, Director of Product Management, entered to tell us all about Xiaomi’s new Mi Mix 3. Sung waxed lyrical about all of the Mi Mix 3’s great features before pausing to ask the audience how much they thought the 5G-ready Mi Mix 3 should cost. A couple of people half-heartedly shouted out “$1,000” or “$699”. Sung then revealed its €599 price tag with an almost comically anti-climactic boom.

Then, Sung revealed the Mi 9 would be coming to Europe, after its launch in China. After building up its credentials as a flagship phone, Sung hit the audience with the tagline “It’s absolutely dressed to the nines – no pun intended.” But surely the pun was intended? Otherwise the statement would have made no sense?

Next year, Xiaomi, do us all a favor and keep things short and simple. 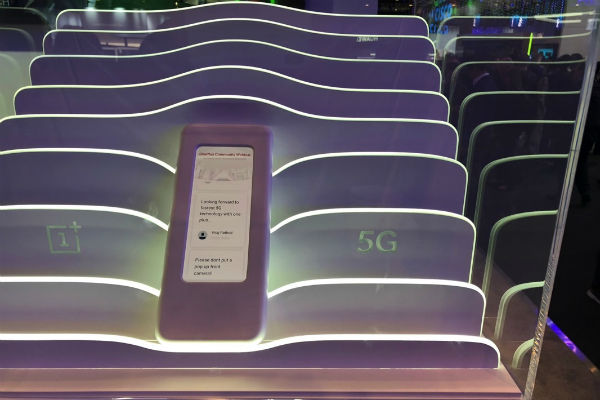 Here at Tech.co we have a lot of time for OnePlus. Its phones are affordably priced and pack impressive features.

However, its 5G demonstration at this year’s MWC was just bizarre. The company decided to place a bulbous plastic shroud around the phone, only revealing the screen, while keeping the whole thing locked behind a clear plastic case.

People were allowed to play the PC version of Ace Combat 7 on the phone via a game streaming service via a 5G network, to demonstrate just how latency-free and speedy 5G is. However, as The Verge pointed out, there was significant lag between controller inputs and reactions on screen, and the whole thing just felt a bit pointless.

Read more about MWC on Tech.co