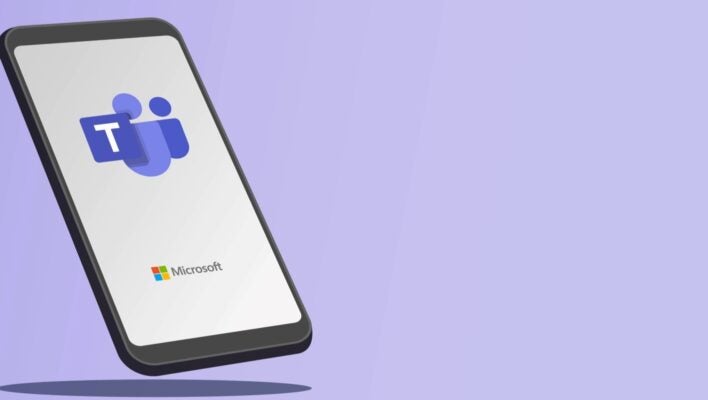 It's been one heck of a year for hybrid workers. From the swaths of tech layoffs to the bounty of newly remote jobs around the country, a lot has changed in 2022, and that couldn't be truer for everyone's favorite team collaboration platform: Microsoft Teams.

Over the last year, Microsoft Teams has added a wide range of new features and functions to its platform, improving productivity, facilitating team communication, and even adding a little fun to the workplace. In fact, there are so many new additions to the platform that we wanted to make sure our readers were fully up to date on what you can do with Microsoft Teams.

In this guide, we'll cover some of the tips and tricks that make Microsoft Teams such a popular collaboration platform in the business world.

The goal of web conferencing software like Microsoft Teams is to stay in touch with your team, which could explain the name. Subsequently, there are a lot of features aimed at facilitating better communication, whether it be in video meetings or in message threads.

Here are some tips and tricks to do just that:

As any employee that has used a messaging platform like Slack can attest, the importance of being able to find previously sent messages is unparalleled. Whether you're trying to track down a link you misplaced or just need to find out what that particular campaign is called, tracking down archived messages shouldn't be a hassle.

Microsoft Teams understood that, as the platform launched an update in September that allowed users to take it a step further and search for full-on message threads, so you can see everything discussed rather than a single message. This gives a lot more context when it comes to searching for messages and can much more effectively keep team members in touch.

The hybrid work movement has made working from anywhere a possibility across the business world. Subsequently, many managers have used that to their advantage, hiring employees from different countries than their own. That can present some language barriers, though, which could hamper your ability to keep communication lines open on your team.

Luckily, technology has advanced quickly enough that this problem needn't concern Microsoft Teams users, as the platform now offers live translated captions during meetings. The fully software-based system provides fast, mostly accurate translations, so shooting the breeze with your co-workers across the world will be easier than ever.[/vc_column_text] 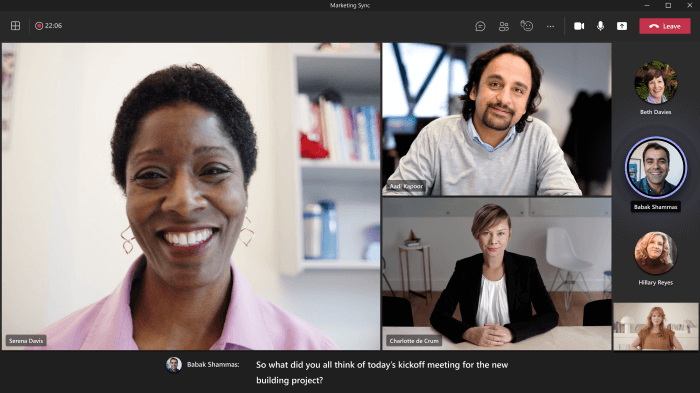 Virtually every study in business says that video is the future. From TikTok to Zoom, the medium has become increasingly popular for everything from entertainment to communication. While Microsoft Teams has offered video conferencing for a while now, sometimes a more modern and creative way to stay in touch is wanted.

That's why the platform added the ability to send and receive video messages right on the platform. Dubbed Video Clips, the feature allows users to record short video clips for explaining processes or providing vital information for a project. It's largely aimed at hybrid work teams that may not have the schedule to manage short meetings for small details.

While facilitating effective communication is obviously important for platforms like Microsoft Teams, it certainly wouldn't hurt if productivity went up as well. After all, Microsoft Teams markets itself as more than just a video conferencing tool, so what else can it do to give your team a little extra when it comes to productivity?

It turns out, quite a bit! In fact, the reason Teams is so widely used by businesses is because it offers features that go beyond communication and make actual work easier for employees. Here are a few ways to use Microsoft Teams to improve productivity.

Whether you're in an office or working from home, video calls have become part of your everyday life. As many employees will likely agree, not every single video meeting requires your full attention, which means that getting a little work done during the lulls could really improve your productivity. Unfortunately, some video conferencing platforms make it hard to access other apps or sites while you're in a meeting.

But not Microsoft Teams! Thanks to a recent update, the Microsoft Teams app on iPhones and iPads allows for picture-in-picture functionality, so you can access other apps while in a meeting. It even provides an adjustable window, so you can choose exactly how much screen space your video meeting takes up.

The power of artificial intelligence has been used numerous times to improve productivity in business. Microsoft Teams is no different, with plenty of automated, intelligent features aimed at helping your team work more efficiently. One of them is the intelligent recap on meetings, which offers an AI-powered post-meeting summary provided to all attendees.

Released in an October update that saw a wide range of Teams improvements, intelligent recap is still a bit rudimentary, recapping everything in the whole meeting rather than picking out specific important aspects. Still, given the pace with which Microsoft Teams is updated, we'd imagine this feature will get quite helpful in the coming months.

We all know that signing in and out of various accounts is a huge time waster when it comes to everyday business. In fact, Microsoft Teams used to have an esign integration that allowed users to sign online documents that required users to sign into the account every single time they used it.

Fortunately, that is no longer the case, as a recent update solved the problem by allowing users to sign in every 30 days, rather than every single day. Sure, it may seem small, but those tiny improvements to the site can make a big difference when it comes to bolstering productivity.

Work doesn't always have to be about work. With work-life balance becoming more and more important to employees and employers in 2022, finding a way to engage your team outside of work can go a long way in retaining top talent and encouraging productivity.

Microsoft Teams is designed to do more than just host meetings and get work done. The platform is made to bring coworkers together beyond the confines of work projects in order to build a culture that people actually want to work within. Here's how Microsoft Teams brings a little fun to the workplace.

If you've ever played an icebreaker at the beginning of a meeting, you know there's a dire need for updated standards of fun. Video conferencing platforms can give you the video chat functionality to talk to your team, but that doesn't mean it can actually make your games fun.

Well, Microsoft Teams actually can make your games fun, as it provides four of its own directly in the platform. That's right, Microsoft Teams recently launched a new feature called Games for Work that offers Minesweeper, Solitaire, Wordament, and IceBreakers are all available directly on the platform and can be played with coworkers. 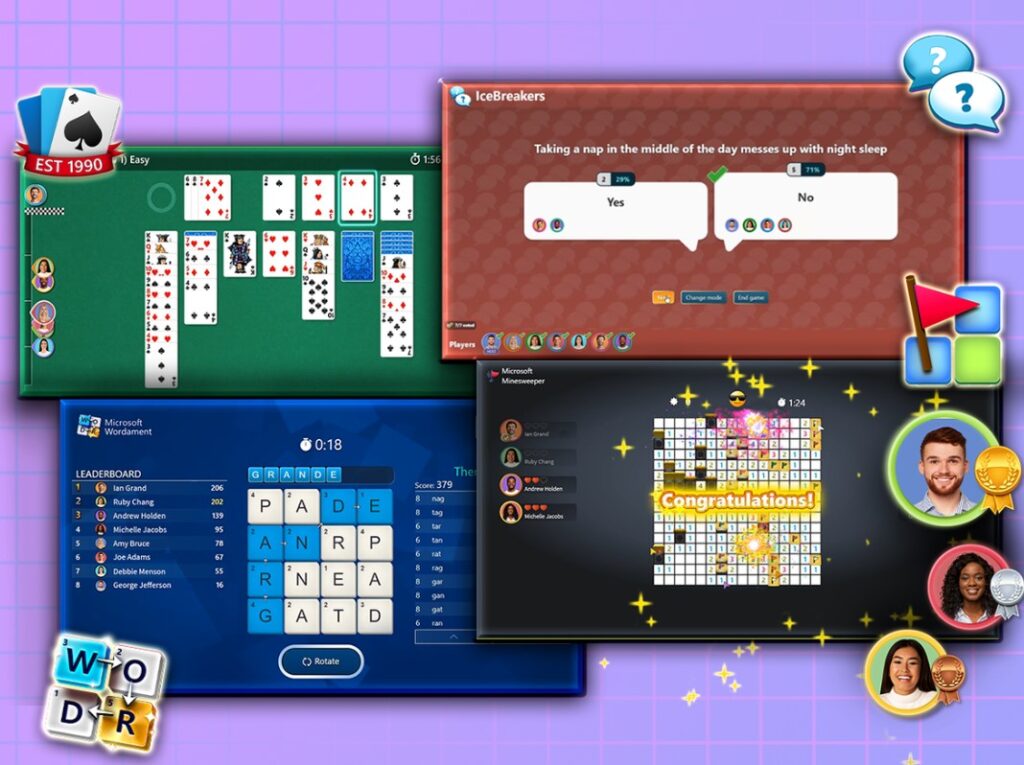 The only thing worse than being put on hold is having to do so in silence. Phone calls have hold music, elevators have elevator music, and fortunately for users, Microsoft Teams has hold music too!

That's right, an update from November allows admins to add hold music to Microsoft Teams, which will activate when calls are transferred between employees. It might not be considered fun but try not to dance when those life jazz beats start pumping through your laptop speaker in between meetings.

Microsoft Teams has so much to it that it can be easy to forget some of the most basic features built into the platform. In an effort to give you a little more insight into what Microsoft Teams can offer you, here are a few basic functionality tips that can help you use the platform to its full potential.

There are a lot more, but those are a good starting point. For more information on the keyboard shortcuts for Microsoft Teams, check out the website to see a full list.

Team messaging platforms are great, but with larger teams, they can get a bit cumbersome. After all, not every single team member needs to be looped in on every single communication, which is where filtering messages can be really helpful.

Like Slack, Twitter, and many other platforms, Teams utilizes the “@” symbol to allow users to tag and filter messages to specific. Just type out the symbol and starting write a person or group name and you'll be given a drop-down list of options for your messages.

No one wants to be available for messages at all times. Sometimes, a little down time to get on a roll and finish work is needed, which is where changing the settings on your notifications comes in handy.

Unlike your phone, Microsoft Teams doesn't have a dedicated Do Not Disturb mode, so if you want to get a little privacy, you'll have to head on over to the settings page and deactivate notifications for the time being. Make sure to put a time limit on, though, as you won't want to miss anything important that comes in later in the week.