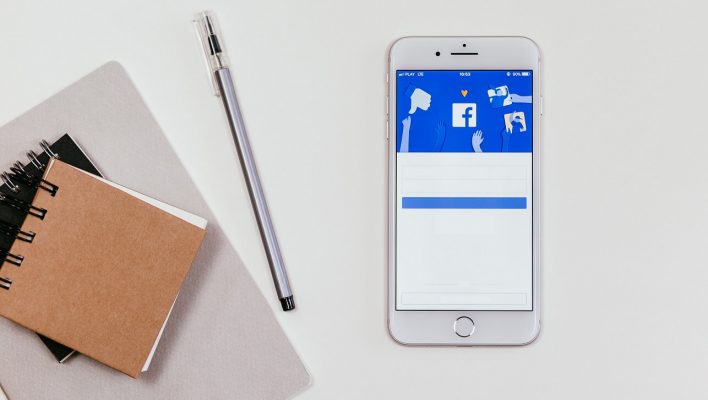 The class of companies usually referred to as ‘Big Tech' – Microsoft, Alphabet (Google), Meta (Facebook), Amazon, and Apple – have had a busy year to say the least.

Whilst companies the world over bent and buckled under the weight of the Covid crisis, for Big Tech, business has been booming with a capital B. But Big Tech are no more a stranger to scandal than they are to profit, and this year has certainly had its moments.

As the arms race to build a functioning, all-encompassing metaverse continues into 2022, we look at who's headed for the honor roll, and who's got considerable improvements to make, after a tumultuous 2021.

Meta’s behavior has been, to put it lightly, ‘challenging’ at points throughout 2021.

Events of the last 12 months have shown that Zuckerberg & co. do not take criticism very well, even going as far as to change their company's name whilst on the receiving end of substantial negative feedback last year. It's been pretty confusing ever since. 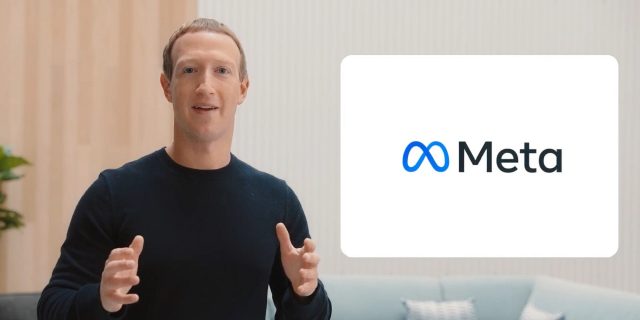 The social network has been around long enough to know that it shouldn’t be fighting with its peers over petty issues. So, it was a shame to see it have a trivial playground spat with one of its peers, Apple, earlier this year, over which cookies everyone could and couldn’t have.

On top of this – and despite knowing better – Meta still seems invested in a number of conspiracy theories it failed to leave behind in 2020 and has been known to encourage bullying. Classmates have complained that this is “disruptive,” “distracting,” and “hacking slowly and painfully away at the crumbling foundations of democracies across the planet’.

It may be an odd thing to see on a report card, but it seems Meta may actually benefit from spending a bit more time on social media – specifically, fixing all the problems with Facebook that they themselves identified and decided to put off.

In 2022, it would be nice to see Meta put more effort into addressing some of the harms it caused in 2021 and, if possible, not have any more arguments with the Australian government. Strewth.

Alphabet has always been a deep thinker about life’s biggest (and most searched) questions and has done just that again, this year.

For instance, Alphabet was finally able to answer the age-old question of “how much money would the biggest military force in the world need to pay a company to ditch strongly held principles about AI and build it a cloud network?” with “lots and lots and lots”.

However, Alphabet must be commended for its innovation in 2021, having released its first phone with a custom-made Google chip whilst its peers fretted over a global chip shortage – one that strives to better reflect diversity, too. Other highlights included $1 billion pledged to digital transformation in Africa, to raise the level of internet access. 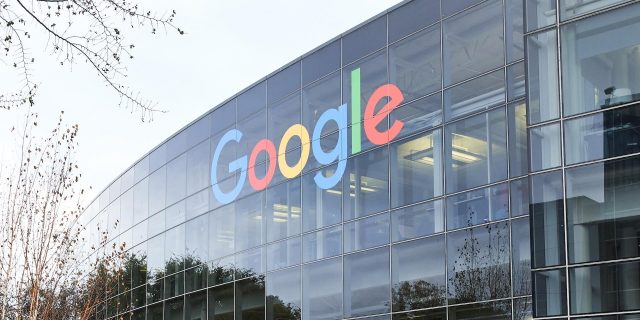 Alphabet has surpassed some of its peers this year, most notably Apple as Chromebooks overtook Macs for the first time in terms of laptop market share. Windows remain out of reach for now, but there's still time to grow…

In terms of improvement, we think Alphabet would benefit from working on its French, considering it was fined $592 million by the country’s regulators for “failing to negotiate in good faith” (which is much easier, we've heard, if you learn all your verbs).

Alphabet also lost its appeal against a $2.8 billion antitrust lawsuit from the EU after it squeezed shopping sites on Google and pushed its own shopping comparison tools. Sacré bleu.

Choosing its friends more wisely in the new year might save Alphabet some pain. No-one wants to be accused of being ‘evil'.

Economics, on the other hand, is an area where Alphabet has been ‘inconsistent’ at best. Founders Larry Page and Sergey Brin joined the $100 billion club back in April, but then it was revealed that Google inflated its tax payments in the US and just decided not to pay them in Ireland (whoops). Overall, a mixed bag.

Apple’s cafeteria antics have seen it get into deep trouble this year – first, fighting with Facebook over who gets what cookies, and then spending the rest of the year complaining that it needs more chips to get all its work done. 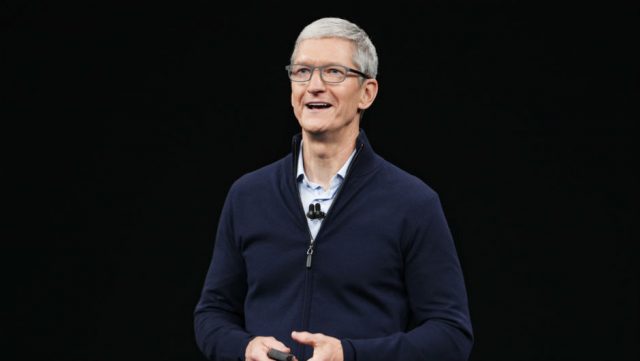 You can’t fault Apple’s propensity to back itself too much- it’s the main reason (along with having billions of dollars lying around) that the company acquires a new firm every month, CEO Tim Cook (pictured left) revealed in February.

However, Apple still seems to struggle to do the right thing sometimes, easily getting distracted by profit and forcing more responsible entities to teach it lessons in fairness.

For example, a US court ruled in September that the tech giant could not prevent apps (like Fortnite) from linking to ways users can buy items outside of the Apple App Store. Help a little guy (or another multi-billion-dollar tech company) out already, Jeez!

Last month, Apple finally caved, after years of pushback, and agreed to make hardware components available for purchase in the US so consumers can make home repairs to their Apple products. As well as this, the EU seems intent on reducing Apple’s digital waste, proposing that all mobile phones in EU jurisdiction use a USB Type-C charge.

Inevitably, Apple has been sulking about this ever since – and these two rulings could have major consequences for how the company operates in the coming year.

Microsoft made some courageous leaps this year that showed real character – for instance, it announced it’s finally decided to kill off Internet Explorer – albeit about a decade after the rest of the world. 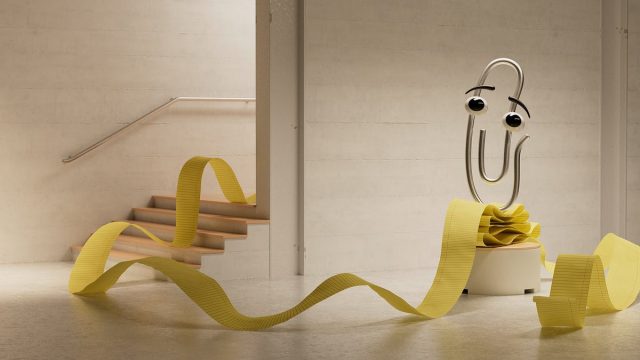 Prioritization was a skill Microsoft was clearly working on this year. Obviously, we were all delighted that the company successfully resurrected Clippy (the annoyingly persistent paperclip assistant from earlier Microsoft programs) as an emoji and created a commemorative Microsoft Teams background (pictured left).

The evidently far-less-important launch of a brand new Windows operating system, Windows 11, on the other hand, failed to impress some customers, but Microsoft claimed user feedback on the update experience was positive enough for it to ramp up the Windows 11 rollout anyway.

A memory surely not to be forgotten was Microsoft considerately changing the infamous “blue screen of death” to a new black one, matching the shutdown and logon screens, and making all users’ computing catastrophes color-coded (before changing it back again).

The one area where Microsoft needs to most drastically improve, is security. A plethora of vulnerabilities have affected a huge number of Microsoft products, many of which were widely covered in the media and Microsoft would do well to respond to renewed pressure to ramp up its provisions.

However, positives include the fact that Microsoft once again showed it loves participating in group work – especially in Teams – and we’re very excited to see how Microsoft Mesh, Microsoft’s attempt at a metaverse, will materialize in 2022.

No, that’s not a ‘D’ for delivery – although ironically, Amazon’s poorly set up (and now closed down) drone delivery program in the UK is one of a plethora of reasons Amazon’s report card is, all in all, quite disappointing this year.

Just like years prior, Amazon’s time management in 2021 remained exemplary and it’s good to see it becoming further involved with extracurricular activities like soccer. 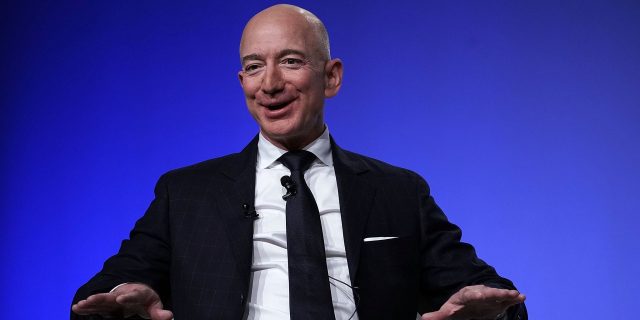 However, this year’s Black Friday protests highlighted the growing number who are concerned about its behavior and growing tired of the company’s poor attitude to those working hard. Overall, Amazon doesn’t seem to have done much by way of responding to some of the concerns raised over the past 12-18 months.

As well as this, some of Amazon’s peers have complained that the company does not, in general, pay enough attention. Founder Jeff Bezos revealed at the COP26 that his trip to space on one of his own spacecrafts was the experience that finally made him realize how fragile planet earth is.

It’s disappointing that other events – such as the decades-long, widely publicized destruction of the jungle his company is named after – didn't lead to him realizing this earlier.

Amazon’s Show & Tell contributions have also plummeted in quality this year – very few were impressed with the new Amazon Astro, for example.

As you can probably tell by now, there's not been a lot of Big Tech-related positives to shout about this year. Overall, there's much more for these enormous companies, with billions of dollars at their disposal, to work on than there is to maintain. This means they aren't setting the greatest example for newcomers, such as the unbelievably popular TikTok, who's exploded onto the scene to become the most visited website on the internet, as of late 2021. We'll be watching them closely in 2022.

It must be said, however, that many of the positives of Big Tech – from the instantaneous-ness of Amazon's delivery to the way Facebook connects us to people all over the world – we take for granted: a sobering illustration of precisely how much they've permeated the very fiber of our existence.

As Big Tech continue to tighten their stranglehold on society, politics, and our minds in general, the only way to bat back is to keep criticizing, scrutinizing, and regulating. The slower we move, the more power they have, and the less chance we have to change them for the better.